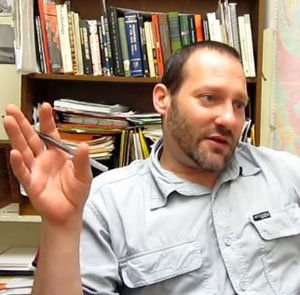 Cameron Smith came to Cannon Beach to discuss migration of the first people to the Americas. 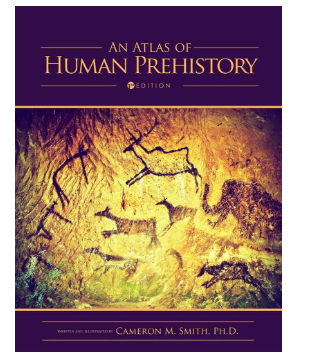 Cameron Smith came to Cannon Beach to discuss migration of the first people to the Americas.

For awhile, Paisley, Oregon was No. 1 among archaeologists searching for evidence of the oldest inhabitants of the Americas.

Human DNA discovered in five caves in the southeastern Oregon location was determined to be 14,200 years old.

But, ultimately, Paisley became No. 3, behind Monte Verde, Chile, where evidence of human activity dated to 14,300 BP (before present) and, finally, to Buttermilk Creek, Texas, and 15,300 BP.

Knowledge about the earliest inhabitants of North, Central and South Americas, their origin and their reason for coming is always in flux. “We’re always getting new information,” Smith told an audience that packed the center’s small education room.

When it comes to tracing the first inhabitants of the Americas, archaeologists have a good knowledge of historical events and chronology — assisted by radiocarbon dating — “but why these events happened, that is the harder thing to explain,” Smith said.

“For instance, we know when cave art starts, and it’s really obvious when and where that first happens, but what are the cognitive mechanisms — what produced that? Oh, that’s really tough — the evolution of cognition.”

Eventually, Smith said, scientists will develop a process and will know why cave dwellers drew on the sides of their shelters.

Before the 16th century, Europeans looked to the Old Testament for answers about new discoveries. Native Americans, for instance were thought to originate from the lost tribes of Israel, Smith said. But in the 1550s, Jesuit missionary Jose de Acosta noted that their language had no hint of Hebrew, their burial customs differed and “nothing matched.” He suggested that the native people, based on skin coloration and the shape of their eyes, were of northeast Asian descent.

The discovery of the Americas was a “big part of the abandonment of the Old Testament” by the Europeans for scientific explanations, Smith said.

They apparently traveled on ice sheets thousands of feet thick from Siberia to what is now Alaska on a land bridge across the Bering Strait. The bridge was about 50 miles long and over 600 miles wide. At the time, sea levels dropped, which made for a somewhat “dry” crossing. The northwest shorelines also could have been 10 miles beyond what they are now, allowing for more settlement. Smith said archaeologists are seeking artifacts in what might have been campsites along the Beringia route.

A woolly mammoth was discovered in the ice in the Beringia region, which is called the “mammoth steppe.”

“You have marshes, you have dry land. it’s a low topography, and it supports big herds of big herbivores. So on the great plains of the Americas, there were mastodons at one point, but later on there were bison,” Smith said.

Along the way came snow lions from northern Asia, and, at the Paisley, Oregon site, an archaeologist in the 1930s found camel bones.

Archaeologists, however, are debating the dates that the ice sheets began to melt. DNA evidence of a brown bear in an Alaskan cave dates to 17,000 years ago, which means humans might have made an even earlier appearance than originally estimated.

“If that environment could support brown bears, who are big omnivores like us … if they could get enough calories to live, it means there’s enough food, there’s enough vegetation and other animals; presumably people could live there, too,” Smith said. “It probably wasn’t covered in a sheet of ice.”

Why did human beings move? While foraging and hunting for food, as well as environmental changes may have been primary reasons for the earliest inhabitants to venture across a land bridge, down the Pacific Coast and into the Great Plains and beyond to Central and South America, there may have been other reasons, according to Smith.

“Spiritual survival was as important as cultural survival,” he said. For others, who searched for new lands, their intent may have been “conscious exploration.”