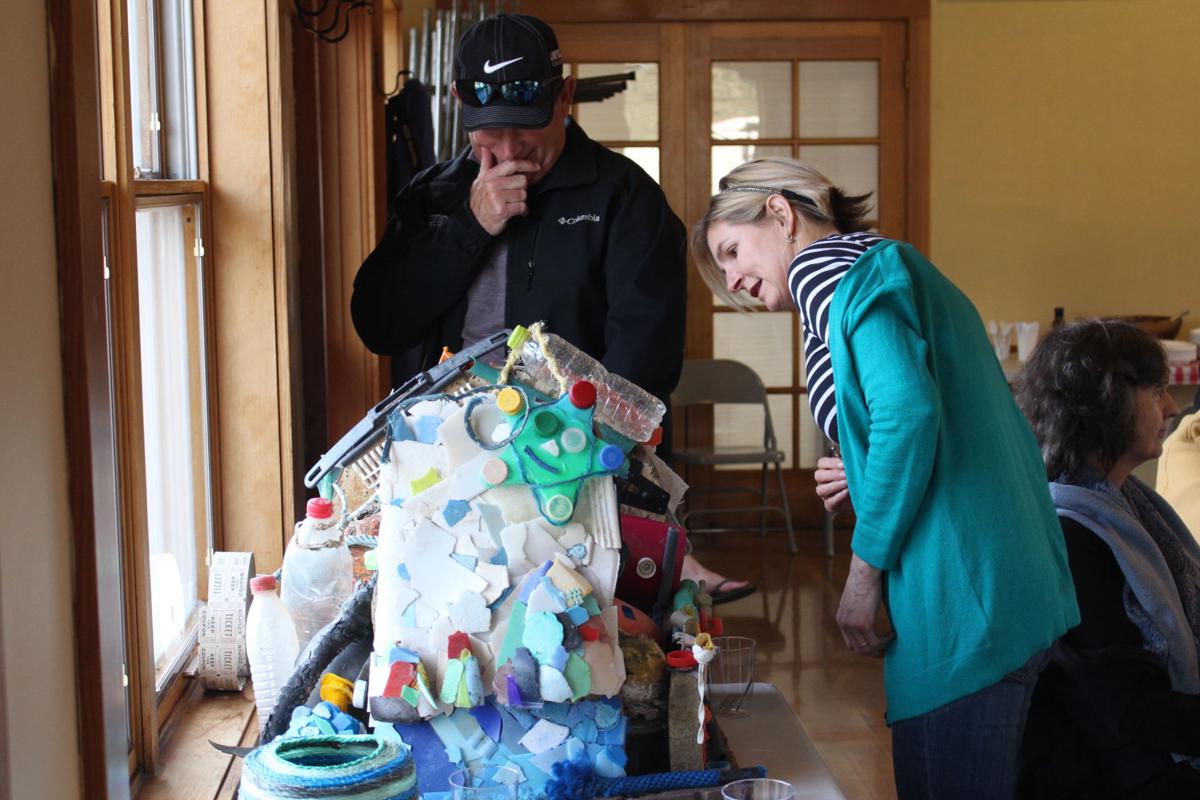 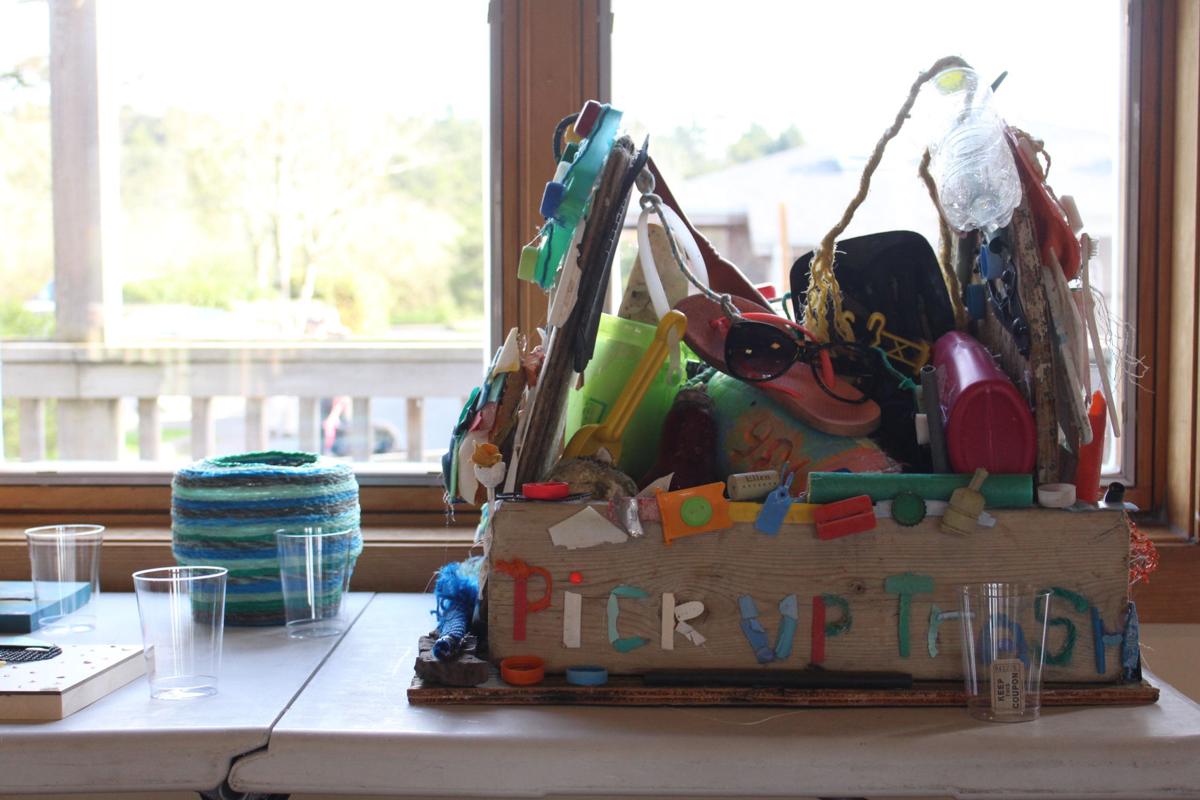 In town, one tourist’s trash is another artist’s inspiration.

On the eleventh day of the 12 Days of Earth Day, some members of the community took a common vex upon the environment — marine debris —and transformed into art.

About five submissions were admired and voted upon at the annual Earth Day potluck on April 21, where about 60 members of the community came to celebrate Cannon Beach’s natural beauty.

Program coordinator of the Haystack Rock Awareness Program Melissa Keyser helped organize this year’s Marine Debris Art Contest, which started last year. She carried on the tradition after the original organizer had to take leave from the committee.

“Keeping the beach clean is so important,” Keyser said. “Not only does plastic breakdown and stay on the beach, but it bioaccumulate chemicals, making highly toxic material.”

The theme this year was “It’s a small world,” which had a size limit of no more than 2 cubic feet.

Lisa Nofield, one of the artists who submitted, found inspiration in the work of the late Steve McLeod, Cannon Beach artist and ardent beachcomber who died in 2015 and the inspiration for the award given to the best piece. Nofield’s piece was a runner-up.

“I remember Steve telling me about the garbage patch in the ocean, where all the trash accumulates,” Nofield said. “Now wherever I walk I pick up trash.”

Her piece, which was about 2 feet by 2 feet, was constructed out of just one week’s worth of beachcombing. Whole flip-flops, water bottles, plastic netting and more were affixed to a frame with the words “Pick up trash” written on the bottom.

On April 1, a cleanup event that spread across the Oregon Coast in 45 locations from Fort Stevens to Brookings, resulted in the removal of 56,000 pounds of litter total in just one day.

“I hope that whoever sees this will be inspired to pick up their garbage,” she said. “Even if it’s one piece at a time.”

Debra Carnes won the Steve McLeod award for her basket woven entirely with plastic rope, but was not present at the event.