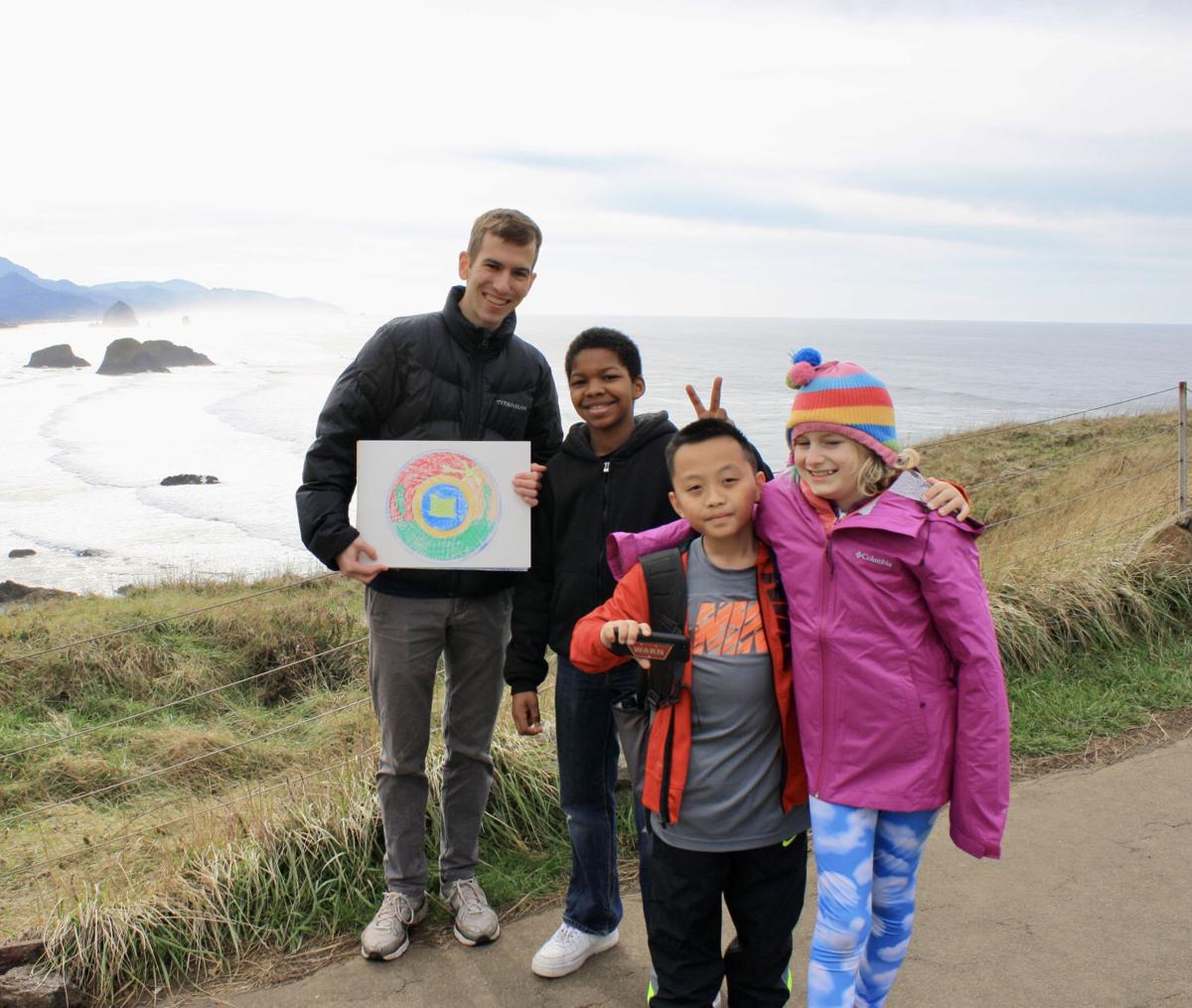 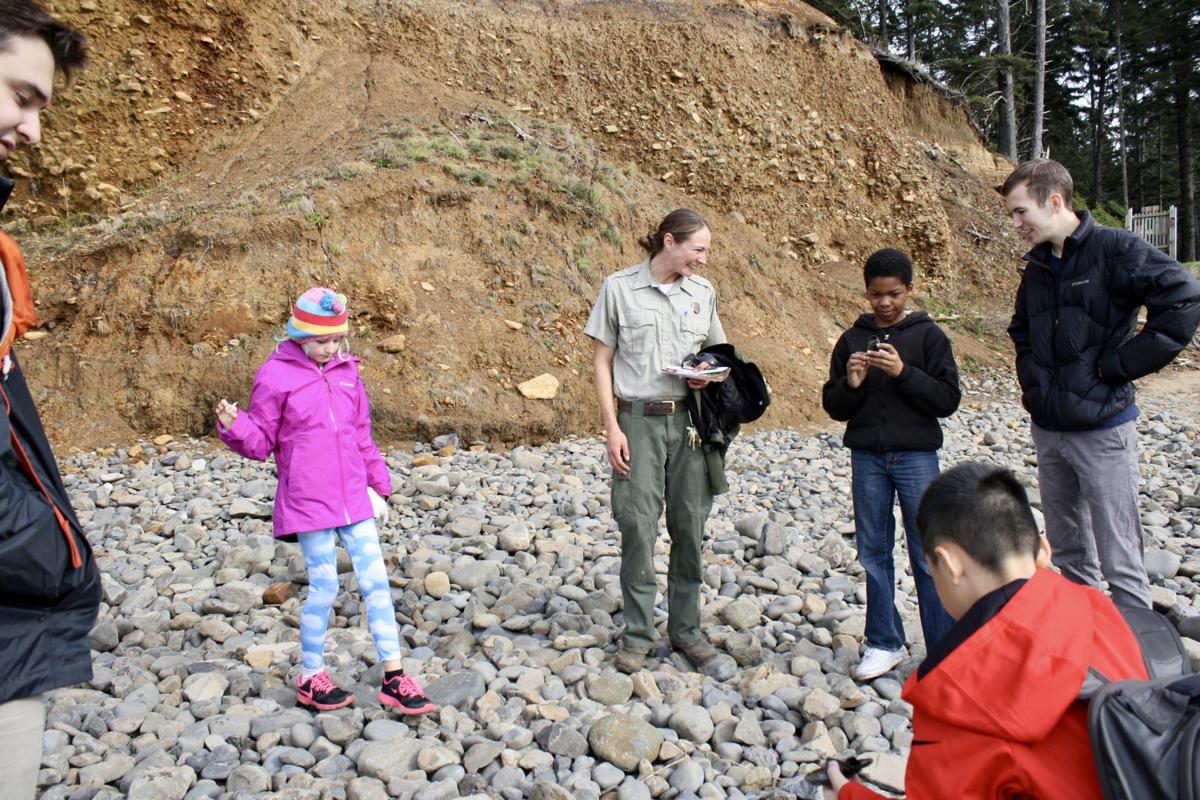 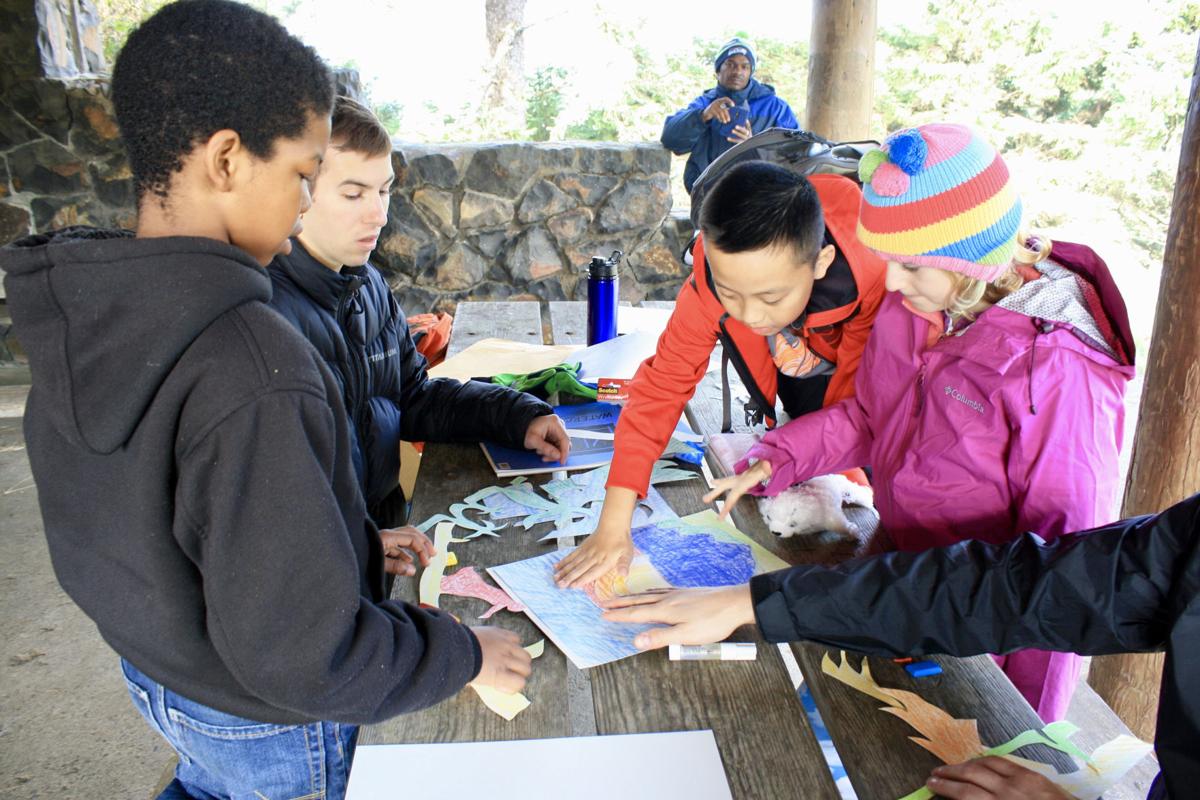 Passport Oregon hopes to “make nature a norm” in the lives of students who may not have resources to explore the outdoors on their own. The nonprofit provides Portland students with free, regular trips throughout Oregon. They have visited the Columbia River Gorge, Eugene, Mount Hood and recently, Cannon Beach.

“We wanted to create Passport Oregon because we believe that there is no corner of Oregon that should go unexplored,” Executive Director Kevin Frazier said. “It shouldn’t just be seeing Crater Lake on a license plate. We’re trying to close that nature gap.”

Passport Oregon’s first cohort of students is eight fourth- and fifth-graders. The students’ North Coast trip kicked off at Ecola State Park, where some saw Haystack Rock for the first time.

“It’s great to provide a lot of firsts,” Frazier said. “Looking out at that incredible vista was a pretty awesome experience.”

“There were so many wonders that Amy helped show us, from all the species of mushrooms and checking out the history of logging that went on there,” Frazier said. “There are carve-outs in some trees where loggers used to go. Kids were intrigued by that.”

Students learned about Smugglers Cove, geologic strata, tsunamis, erosion and how “the beach is so much more than sand,” Frazier said. They also checked out the washed-up whale, an “interesting addition to the coastal experience.”

“It’s been really fun to make sure that these kids are hearing from local experts,” Frazier said. “We try to lean on people who know the area.”

Frazier came up with the idea for Passport Oregon while attending the University of Oregon, when he mentored a student at a local school. “I would ask what he did that weekend and it was always videos games or movies,” he said. A native Oregonian, Frazier remembers taking frequent trips to lakes, rivers and the coast while growing up.

“Those trips are accessible and possible and feasible,” he said. “I wanted to make sure that was a reality for every kid, because our state is so great and it deserves to be seen by every resident.”

After starting the organization in spring, Frazier and other Passport Oregon staff — who all work as volunteers — brought students on their first trip in September. Passport Oregon brings one or two parents on each trip and will host hikes with students’ families to make nature a habit in their lives.

“We want to make sure it’s not just going back to video games,” Frazier said. “We work with local community organizations and school officials to pinpoint what families would benefit most from this experience.”

Next spring, Passport Oregon will start new cohorts, restarting the process of bringing the students on a state tour. Their long-term vision is to create new cohorts in cities outside Portland and start an “adventure fund,” a pool of money and resources that former Passport Oregon participants could use for a trip.

Frazier said he wants students’ experiences to be as diverse and novel as possible — such as going on a boat trip with a fisher — to show “just how varied life is in Oregon.”

Information about volunteering and donating can be found on Passport Oregon’s website, passportoregon.com.