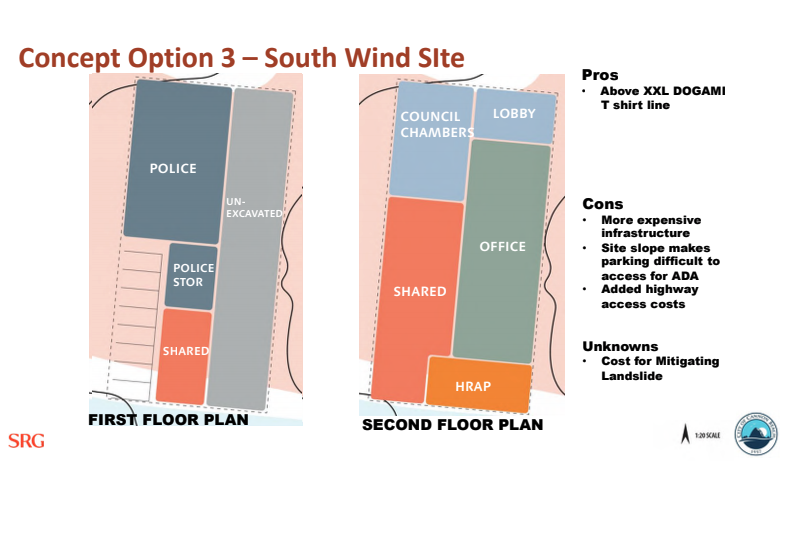 One proposed layout for a new City Hall building at the South Wind site. 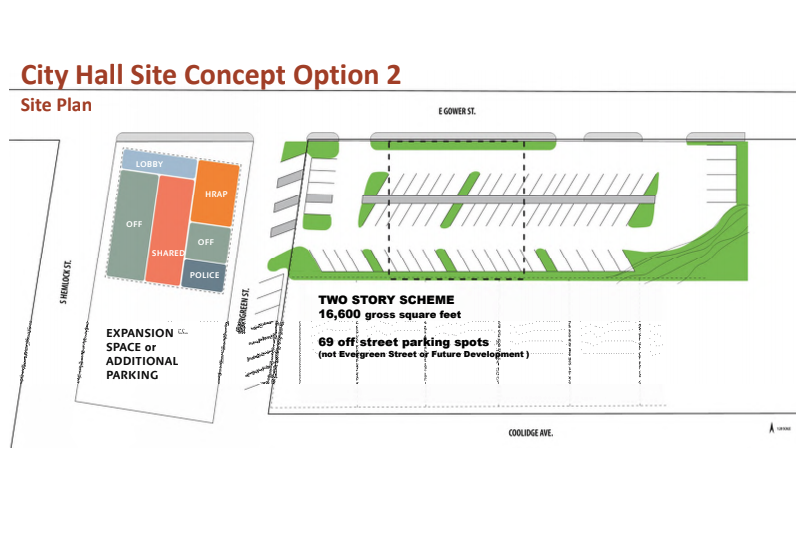 A proposed layout for a new City Hall building at Gower Street and Hemlock. 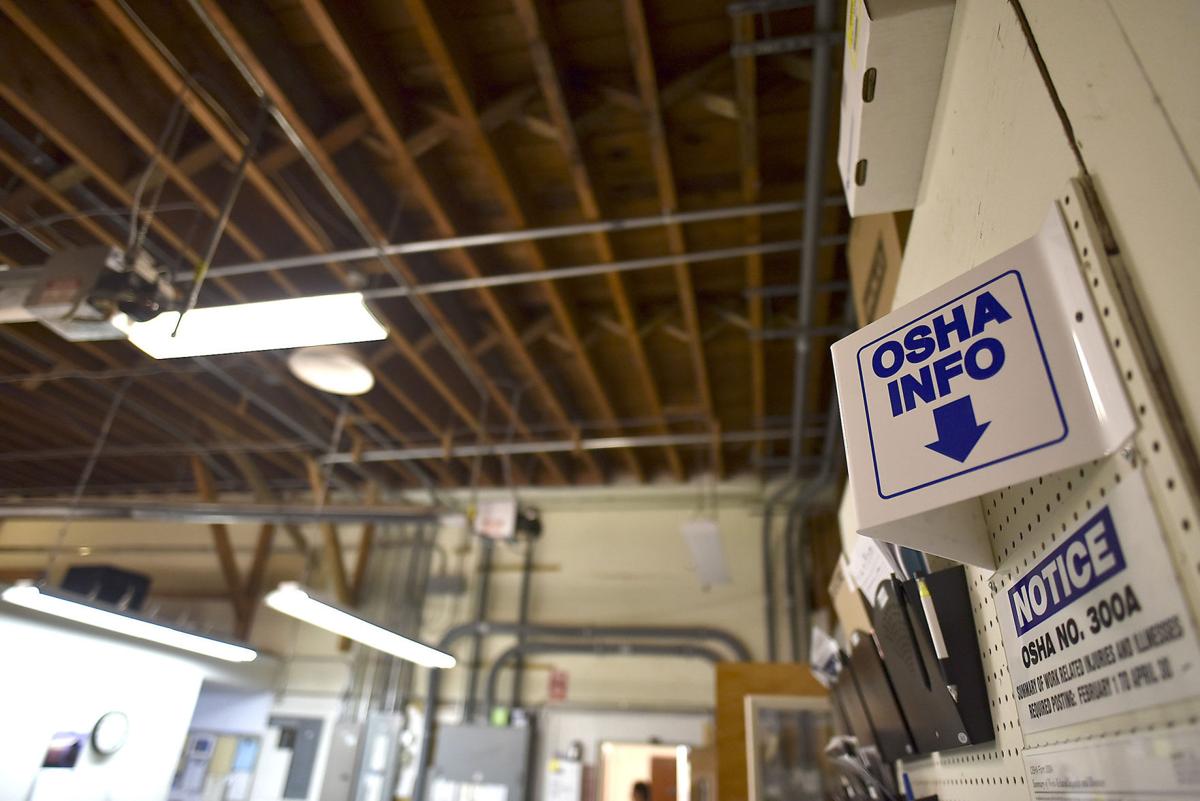 The ceiling in the Cannon Beach city hall building has been known to leak according to employees.

One proposed layout for a new City Hall building at the South Wind site.

A proposed layout for a new City Hall building at Gower Street and Hemlock.

The ceiling in the Cannon Beach city hall building has been known to leak according to employees.

As the city continues to conduct studies to estimate the costs of a new City Hall, challenges have arisen at all of the proposed sites.

The council is considering asking voters in a May bond issue to pay for a new City Hall at one of two locations on Gower Street or on the 55-acre undeveloped property known as South Wind that sits above the tsunami inundation zone.

Conversations about replacing City Hall resurfaced at the urging of City Manager Bruce St. Denis, who has concerns about the current building in a tsunami or earthquake. The building would be vulnerable to a minor seismic event or a medium-to-large sized tsunami.

The decision could mean the difference of millions of dollars on the project’s price tag or the chance to usher in the first stages of development on a property meant to keep critical services above water.

Preliminary findings from SRG, the Portland-based architecture firm evaluating the benefits, downsides and costs of each location, are raising questions about soil quality and landslide risks of each location.

“We knew there was going to be geotech issues,” St. Denis said. “It’s a part of the process.”

Rebuilding City Hall in the exact footprint where it stands now is not an option, St. Denis said, as the building current sits a few feet onto someone else’s property line.

Instead, the city is looking at building it in the lot currently behind City Hall or in the parking lot below it bordering Hemlock Street. Despite being larger in size, the reconfiguration would end up produce about five to 20 more parking spots, SRG consultant Lisa Patterson said.

Soil contamination may be an issue that could drive up costs, however. Before becoming a parking lot, the property used to be a gas station, St. Denis said, raising the likelihood of hydrocarbons being in the soil. At the property east of the current City Hall, engineers would likely recommend soil upgrades out of fears of liquefaction to the current soil in an earthquake.

This means the city would have to fill in either plot with new soil, which could significantly increase the cost of the foundation by up to one to two times, Patterson said.

If the property were to be built to the east it would have to be two stories to account for proper setbacks, which also has the potential to drive up costs. The benefit, St. Denis said, would be the second floor would be above a medium-size tsunami inundation line, unlike the site off Hemlock Street, which is fully in the medium-sized inundation zone.

St. Denis said there are ways to build city hall to be tsunami resistant in these zones.

“We are more likely to have more smaller tsunamis more frequently,” he said.

The third site at South Wind is the most securely out of the inundation zone, but could carry larger landslide risks, which would again drive foundation costs higher. While a geotechnical study was completed in 2013, engineers are seeking to do more borings to analyze the landslide risk, which will cost about $20,000 to $30,000 more over the original study price tag.

“We knew there’d be soil issues,” St. Denis said. “We’d rather spend the money up front to find out rather than go out for a bond and find out the project is 40 to 50 percent more expensive after the fact.”

A final report with cost estimates will be published in December.