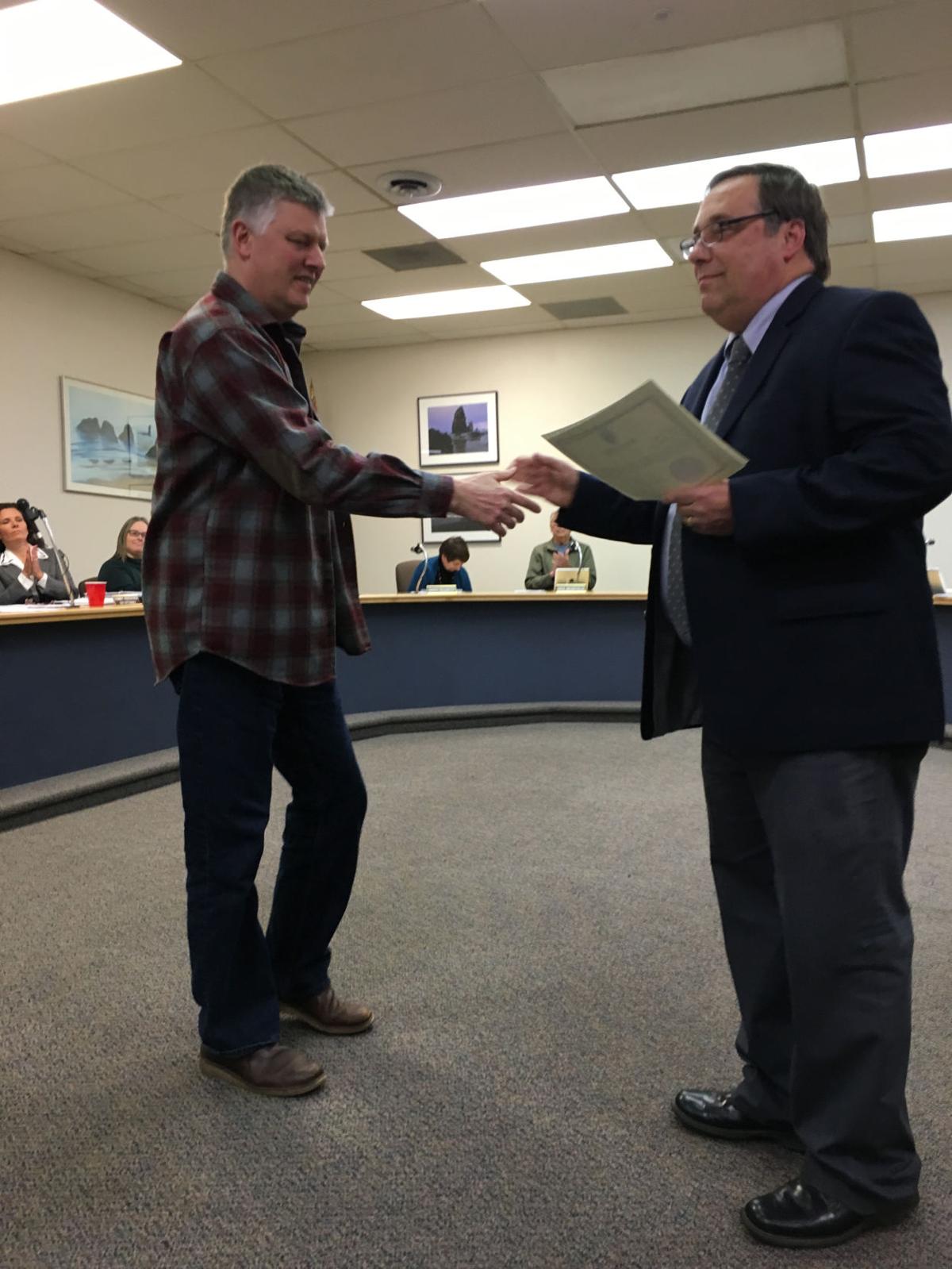 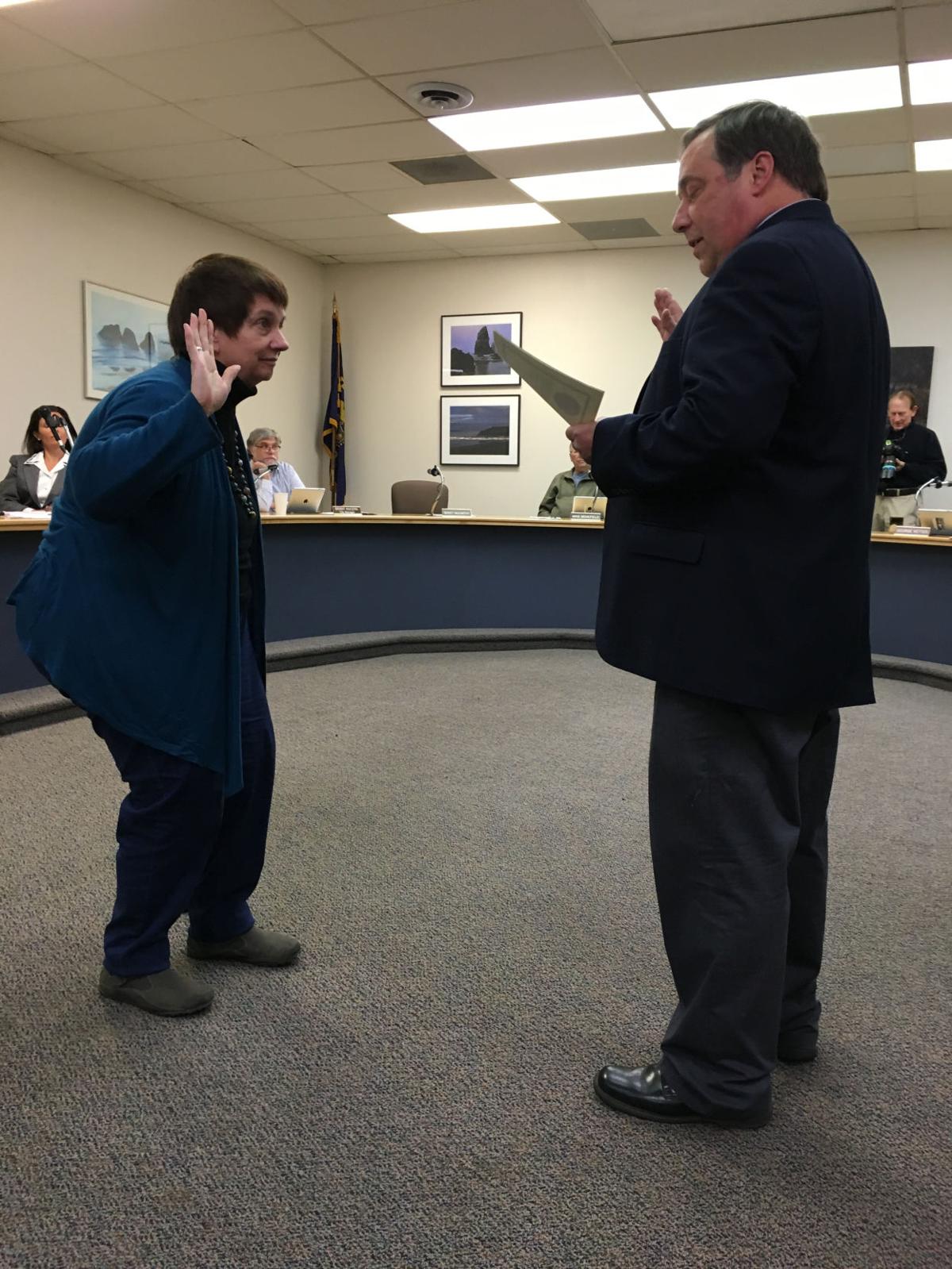 Nancy McCarthy, newly elected councilor, was sworn in on Jan. 3.

Nancy McCarthy, newly elected councilor, was sworn in on Jan. 3.

• The City Council approved amending the municipal code to add a chapter on marijuana tax. The chapter imposes a 3 percent tax on the retail sale of marijuana items by marijuana retailers in Cannon Beach, which voters approved in November. The city will enter into an intergovernmental agreement with the Oregon Department of Revenue, which means the state will collect the tax on behalf of the city.

• Jenee Pearce-Mushen, who leads monthly tsunami evacuation walks, was appointed to the Emergency Preparedness Committee for the next four years. Local chef Jonathan Hoffman will serve another four-year term on the Farmers Market Committee.