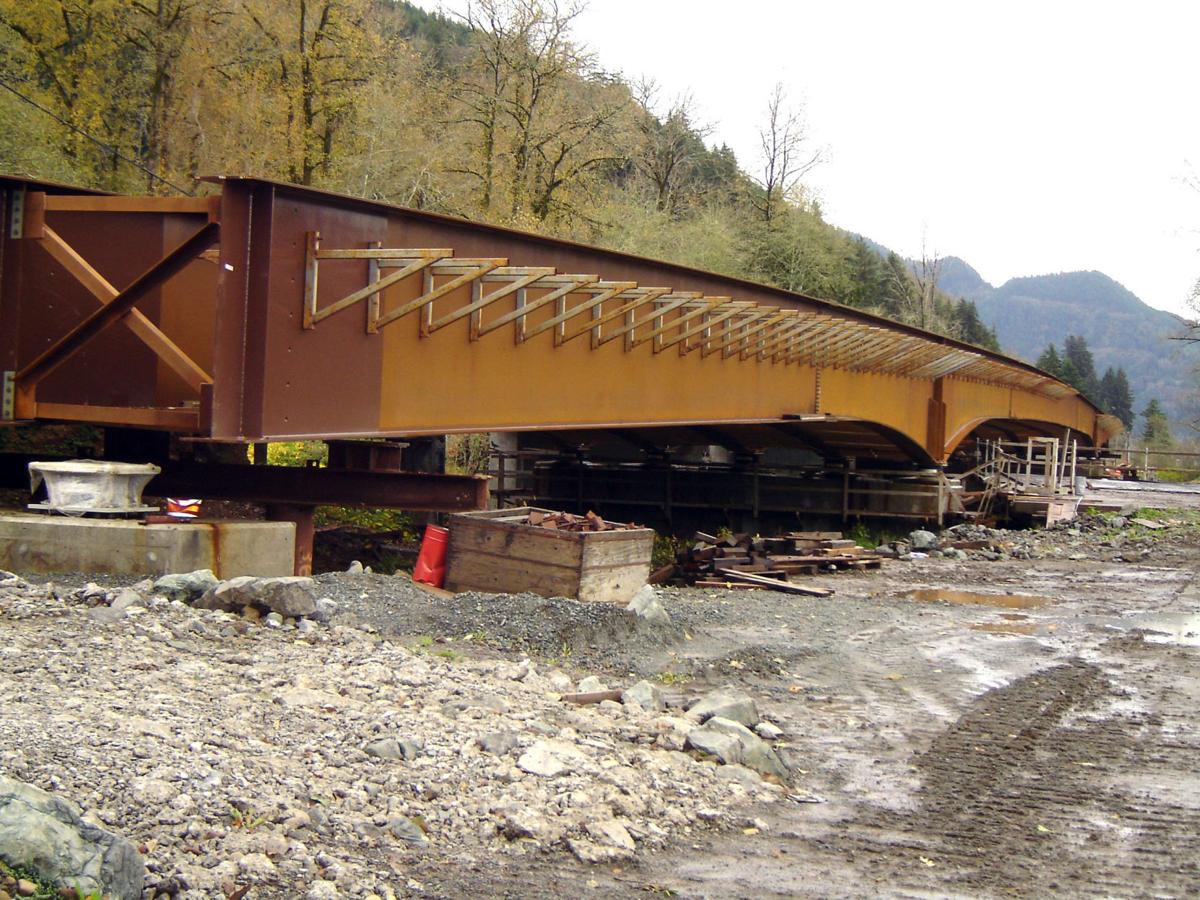 With the steel framework now in place the new Lommen Bridge, which spans the Nehalem River on Miami-Foley Road in north Tillamook County, is beginning to take shape. 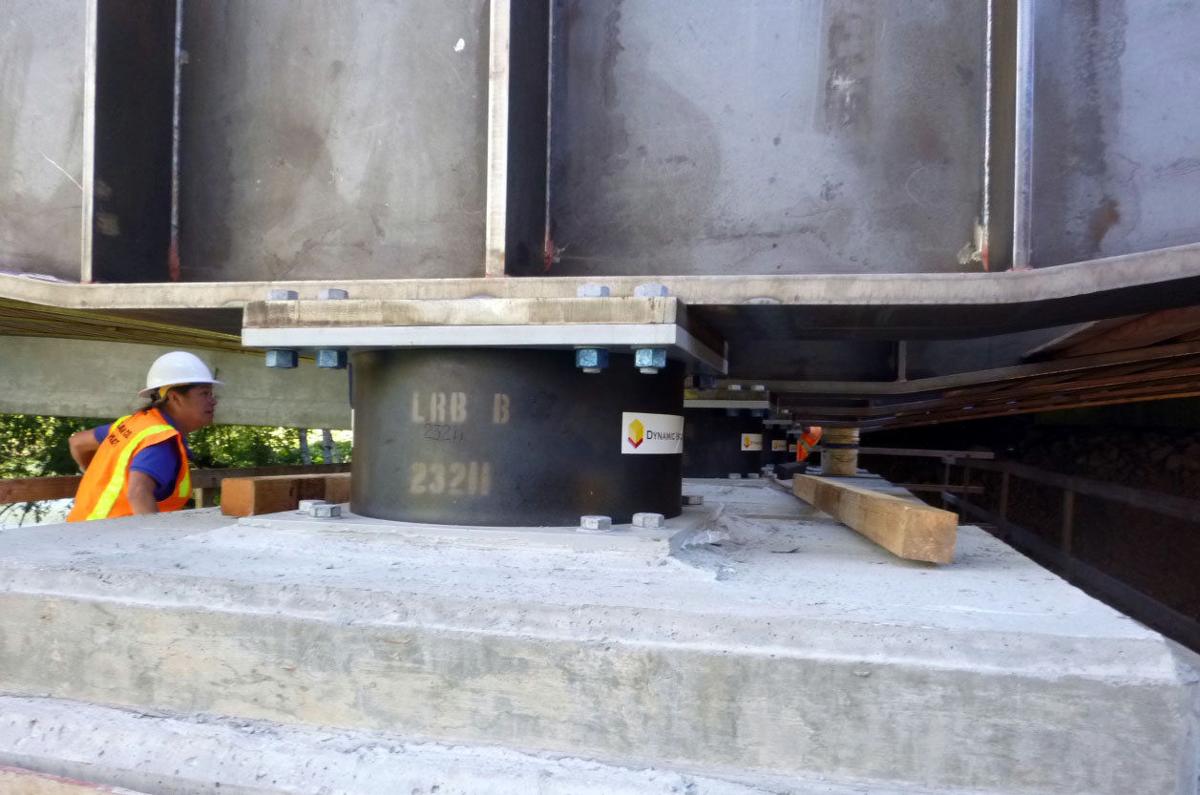 With the steel framework now in place the new Lommen Bridge, which spans the Nehalem River on Miami-Foley Road in north Tillamook County, is beginning to take shape.

NEHALEM — Building a bridge to withstand “the big one,” a Cascadia Subduction Zone earthquake, has been ever-present on the mind of Tillamook County Public Works director Liane Welch ever since a winter storm in 2007.

The replacement of the 382-foot Lommen Bridge, which spans the main stem of the Nehalem River on Miami-Foley Road, became Welch’s number one priority.

In December of that year, the north Tillamook County bridge, which dates back to 1955 and is named after a pioneer family, shifted as much as 3 inches on its foundation when debris carried by the river stacked up against the base of the structure. The bridge, according to Welch, had the dubious honor of being rated the second worst bridge in terms of safety in Oregon, second only to Portland’s Sellwood Bridge, which has since been replaced.

The 12.5-mile Miami-Foley Road east of U.S. Highway 101 serves as a detour route linking north Tillamook County to its neighbors to the south in the event the main coastal highway is closed.

“If the bridge were to fail, we no longer have this vital line during an emergency; the Miami-Foley is the backbone of the north county transportation system,” said Welch in explaining why it was important to design a structure that would not only hold up during a winter flood but also to a major seismic event. To that end, the bridge incorporates the use of isolation bearings atop foundations, which act as shock absorbers of sorts to minimize damage during large earthquakes.

With the recent completed fabrication and installation of the rigid steel framework the bridge is beginning to look more like a bridge. Traditionally, concrete is used in almost 80 percent of bridge construction, however that could change in the future, according to Steve Fugate, president of Northwest-based Fought and Co., steel fabricator for the Nehalem River bridge project.

“Since we can construct longer spans with faster installation, we’ve shown that steel is a great environmental choice, especially with bridges spanning rivers and waterways,” said Fugate.

Building bridges over water adds to the complexity by strictly limiting work in the water and providing a short window of time allowed for each season. Using steel has provided the opportunity to save time in the construction schedule.

“We are striving to reduce the number of 24-hour shifts during the water season for less impact on the public and the environment,” added Scott Butler, project manager for the bridge contractor, Farline Bridge.

After a “pretty rough winter” this past year with rising river waters the project is still on schedule, says Welch of the nearly $11 million project, made possible with a $10 million grant, 90 percent of which is federally funded with a 10 percent local match. Barring any weather-related delays, the project will be completed in the fall of 2017. One thing that won’t change is the name; the new bridge will still be called Lommen Bridge.

During construction, Welch reminds motorists to be aware that the traffic pattern has changed slightly in the vicinity of milepost 11.5 where construction is taking place. There will be two lanes open unless the flaggers are needed at certain times.

“Also, the speed limit through the work zone is posted as 30 miles per hour and the sheriff has been enforcing this area more frequently, so please drive safely.”