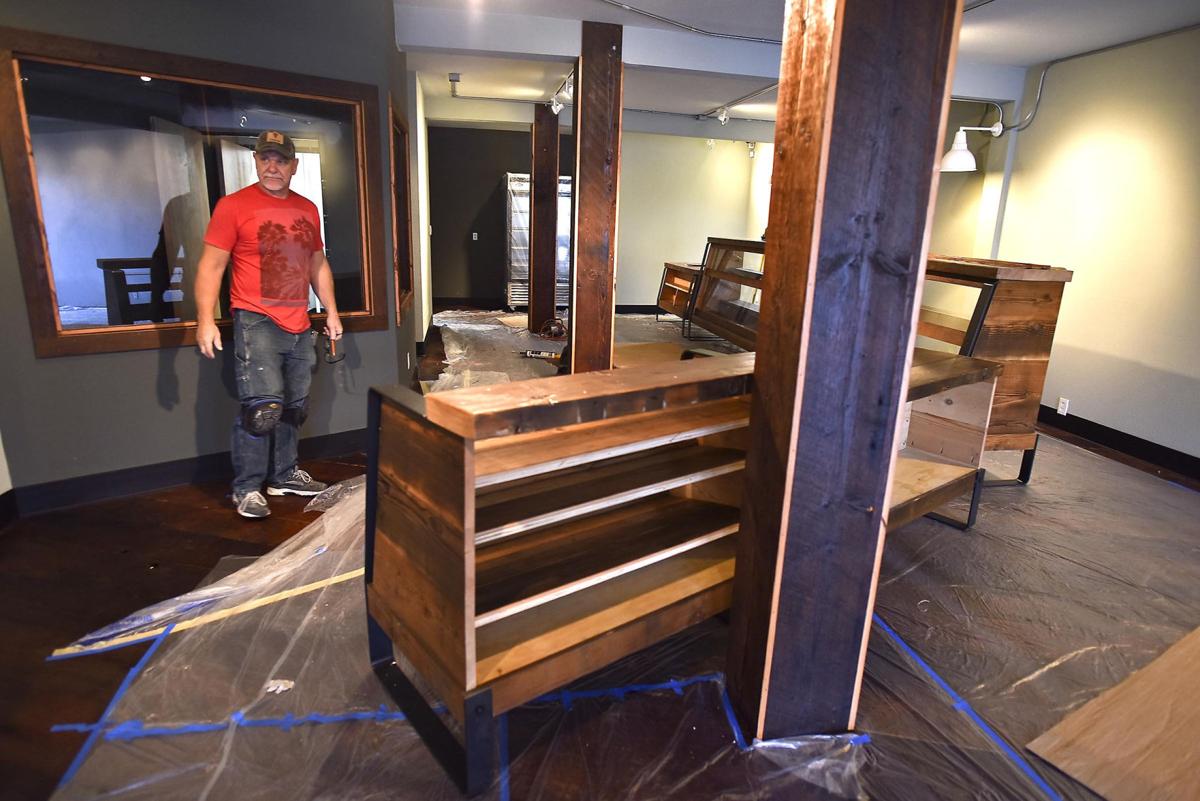 Chris Hess at the Five Zero Trees store in Cannon Beach on Friday. Owners of the store are planning a soft opening in a few weeks as two other recreational marijuana retailers look at opening stores in Cannon Beach. 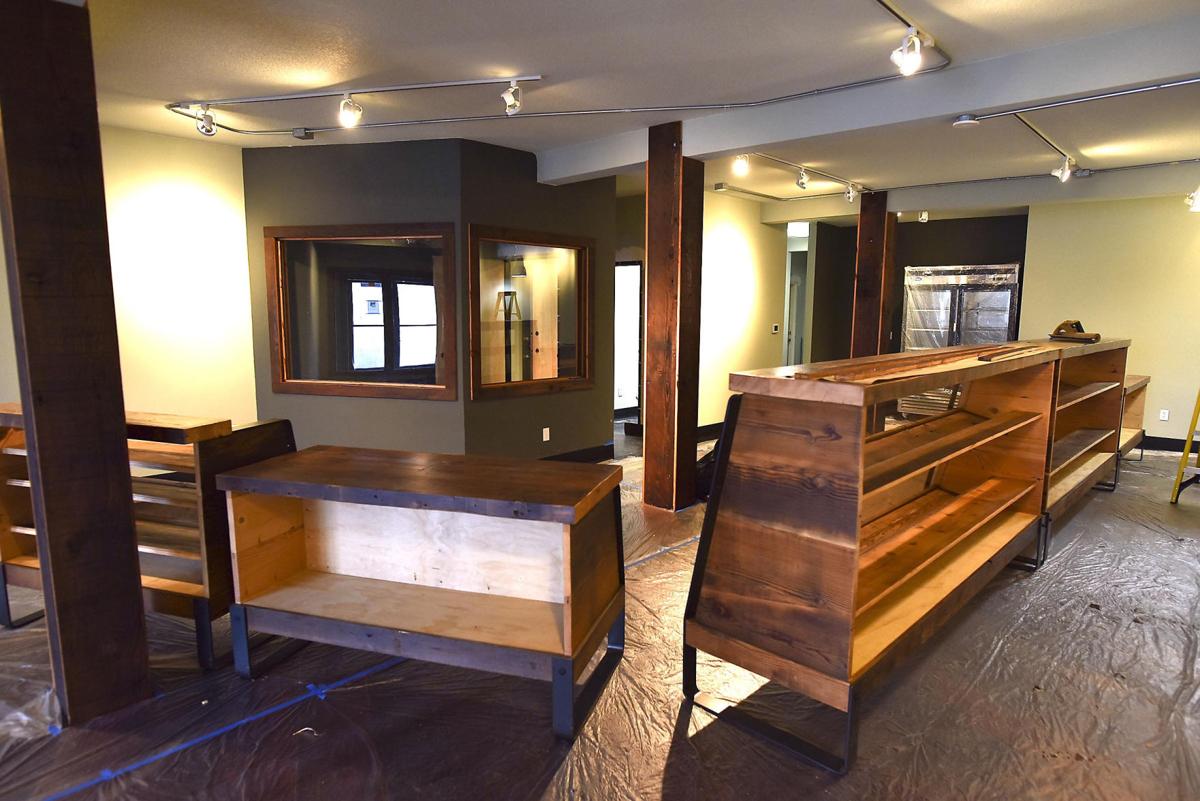 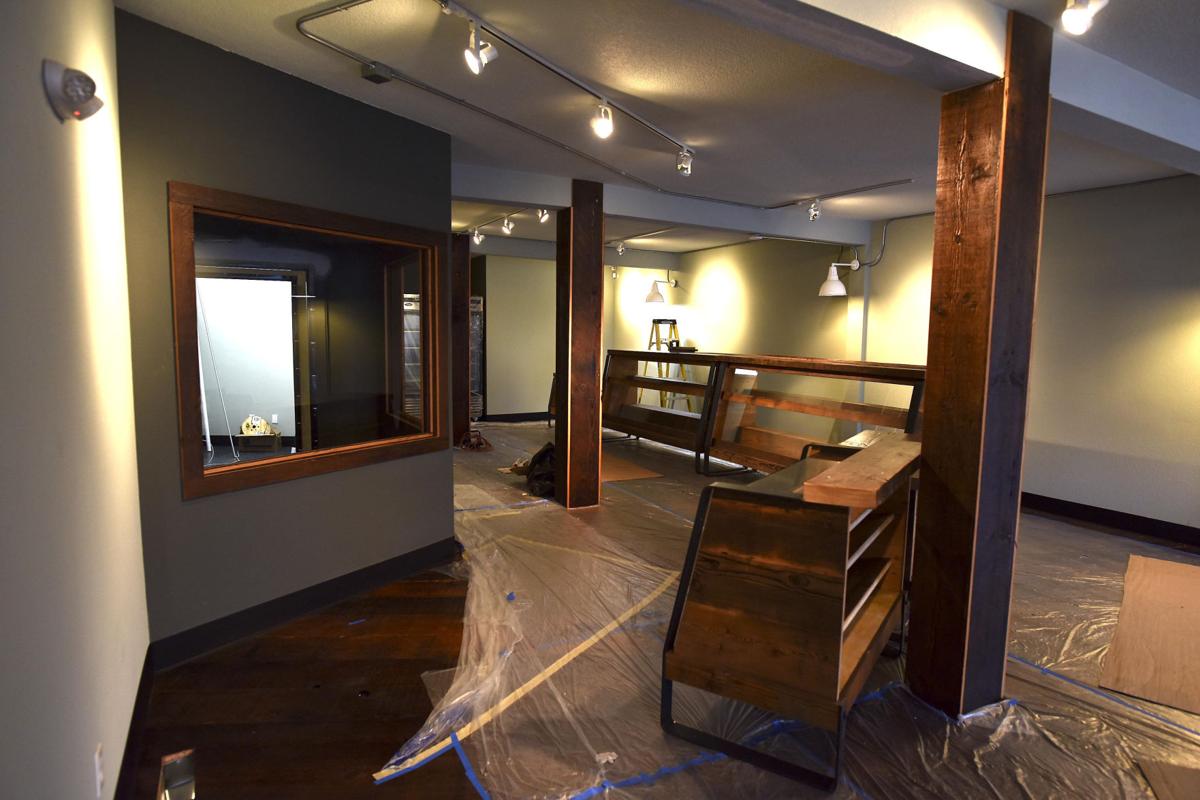 Workers are putting the finishing touches on the Five Zero Trees marijuana store in Cannon Beach, which owners plan to open in a few weeks.

Chris Hess at the Five Zero Trees store in Cannon Beach on Friday. Owners of the store are planning a soft opening in a few weeks as two other recreational marijuana retailers look at opening stores in Cannon Beach.

Workers are putting the finishing touches on the Five Zero Trees marijuana store in Cannon Beach, which owners plan to open in a few weeks.

Almost a year has passed since residents narrowly voted to allow recreational marijuana sales. But as retailers apply to open stores, conversations about appropriate locations and procedure have unsettled the community.

Earlier this year, controversy surrounding the Hemlock Street location led city councilors to reevaluate an ordinance that spells out where and how marijuana shops can operate. The issue came up after Matt Ennis, a resident at 140 S. Hemlock, told the city at a July meeting that his landlord planned to evict him to rent the commercial space under him to Five Zero Trees.

Councilors voted 3-2 to maintain the ordinance, which prohibits marijuana stores in mixed-use buildings to adhere to the community’s desire to keep marijuana out of residential areas. The building meets the city code for a marijuana store because the residents have since moved out and the building is no longer mixed-use.

Despite this, the Ecola Square Homeowners Association, spearheaded by David Frei, is still urging the city to deny a business license to Five Zero Trees, citing concerns about the application process and inconsistencies with the comprehensive plan.

After hearing Frei’s concerns, city councilors decided at an October work session they wanted to take another look at the comprehensive plan and put the marijuana ordinance back on the agenda. Interim City Manager Jason Schermerhorn said if any changes are made out of these discussions about the ordinance it would not affect Five Zero Trees.

“I’d like to hear some kind of response to the claims that this is a violation of the comprehensive plan,” City Councilor Mike Benefield said. “I’d like to have a discussion to know what our options are.”

City Planner Mark Barnes said he was not aware the property at 140 S. Hemlock St. was mixed-use when property owners Bruce and Max Ritchie applied for a land use compatibility statement last year.

The city does not have a registry of mixed-use buildings or any formal way of keeping track of them, Barnes said. The property is listed under commercial zoning, where retail is allowed.

In Cannon Beach, there is no code provision that addresses how land use compatibility statements are evaluated, so it is not an inherent code violation if there is false information on the form. Because these forms are submitted so early on the process, the information serves as a general road map subject to changes, Barnes said.

The accountability comes when retailers apply for a business license. At that point, the city will inspect the business to make sure it is in accordance with the city’s design standards, zoning, building and other regulations.

“We still have an opportunity to enforce all provisions of the code when they come for a business license,” Barnes said.

Frei argues approving Five Zero Trees at the Hemlock location is a violation of aspects of the comprehensive plan, the city’s constitution for development.

The comprehensive plan promotes “small-scale, family-owned” businesses, and Frei said the fact Five Zero Trees operates stores across Oregon means it doesn’t meet the definition. Introducing a marijuana store so close to a residential area would also be out of step with the plan’s goal to promote a “unique character of downtown,” he said.

The last major inconsistency is the plan’s goal to “encourage the provision of permanent housing in downtown by providing zoning incentives for mixed-use structures which incorporate housing,” he said.

“Because of code requirements regarding mixed use, this business is taking away a mixed-use building (with three apartments) to make it into a commercial building, eliminating the apartments in affordable-housing-challenged Cannon Beach,” Frei said.

City councilors tentatively are scheduled to review the comprehensive plan and ordinance in early December to take a deeper look at Frei’s arguments.

“I question whether this violates the comprehensive plan or not,” City Councilor Nancy McCarthy said. “I feel like we’ve been shutting (the Ecola Square Homeowners Association) down.”

Case Van Dorne, the co-owner of Five Zero Trees, hopes to alleviate the concerns residents have about his business by the way he operates, he said.

“We have families of our own. I’ve been visiting Cannon Beach for 42 years. We want to work with the community and prove we won’t be a negative influence on Cannon Beach,” he said.

Van Dorne has another Five Zero Trees in Astoria, where he said they are active in beach cleanups, food drives and other community service. He hopes to do the same in Cannon Beach.

“We’re not a faceless business. We’re people who care,” he said.