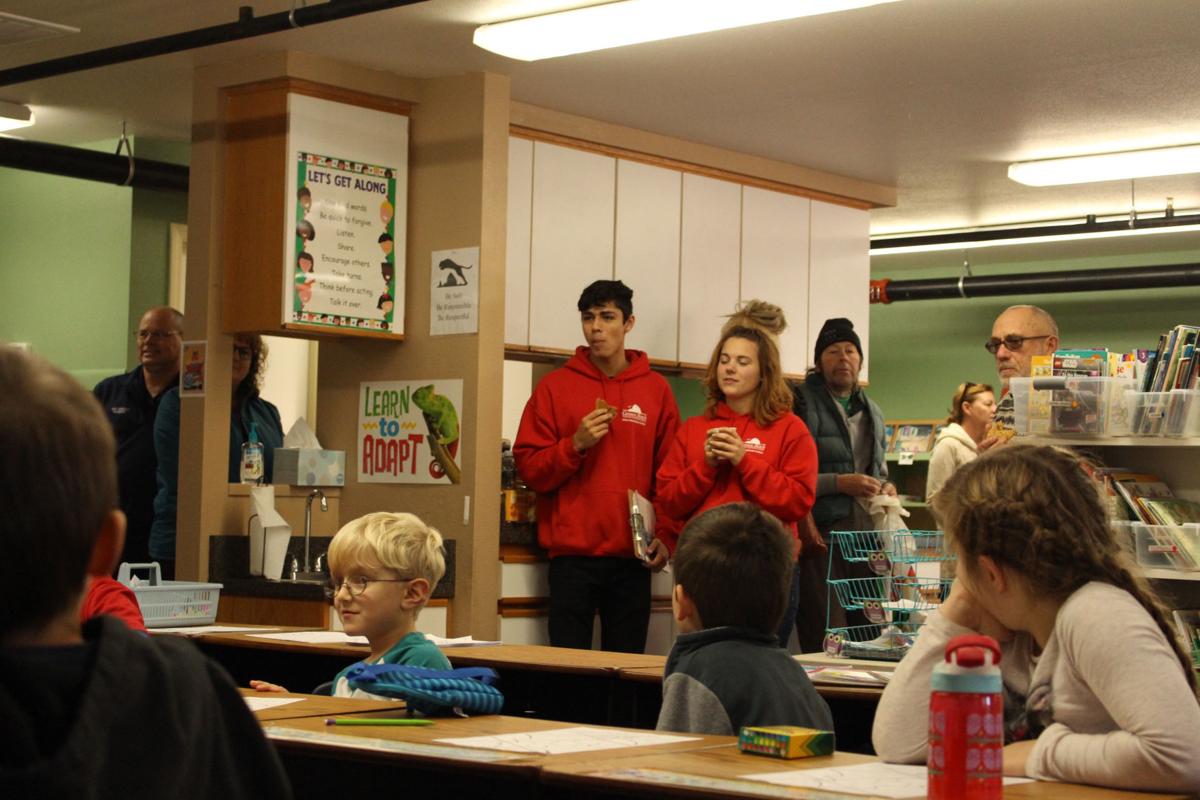 Community members watch as a class is being held at the grand opening of the Cannon Beach Academy. 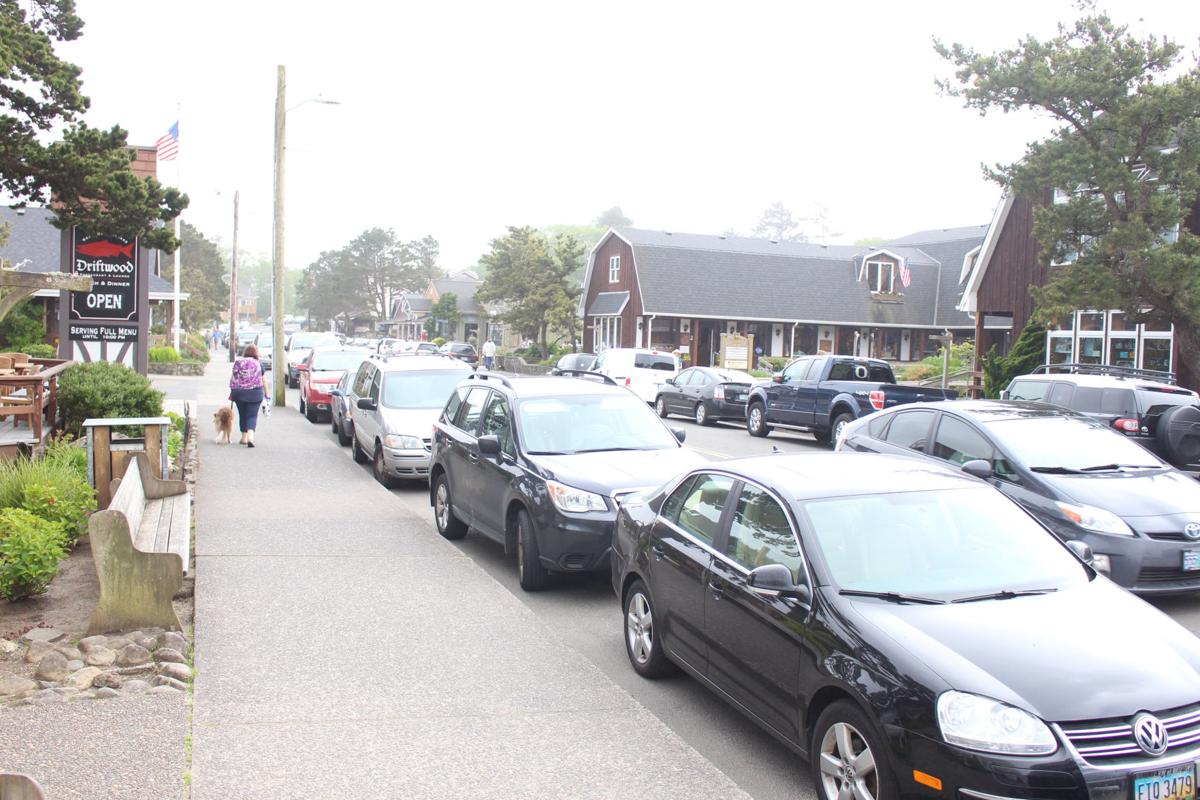 Cars are parked where the city planned to implement timed parking on Hemlock Street between Second and Third streets. 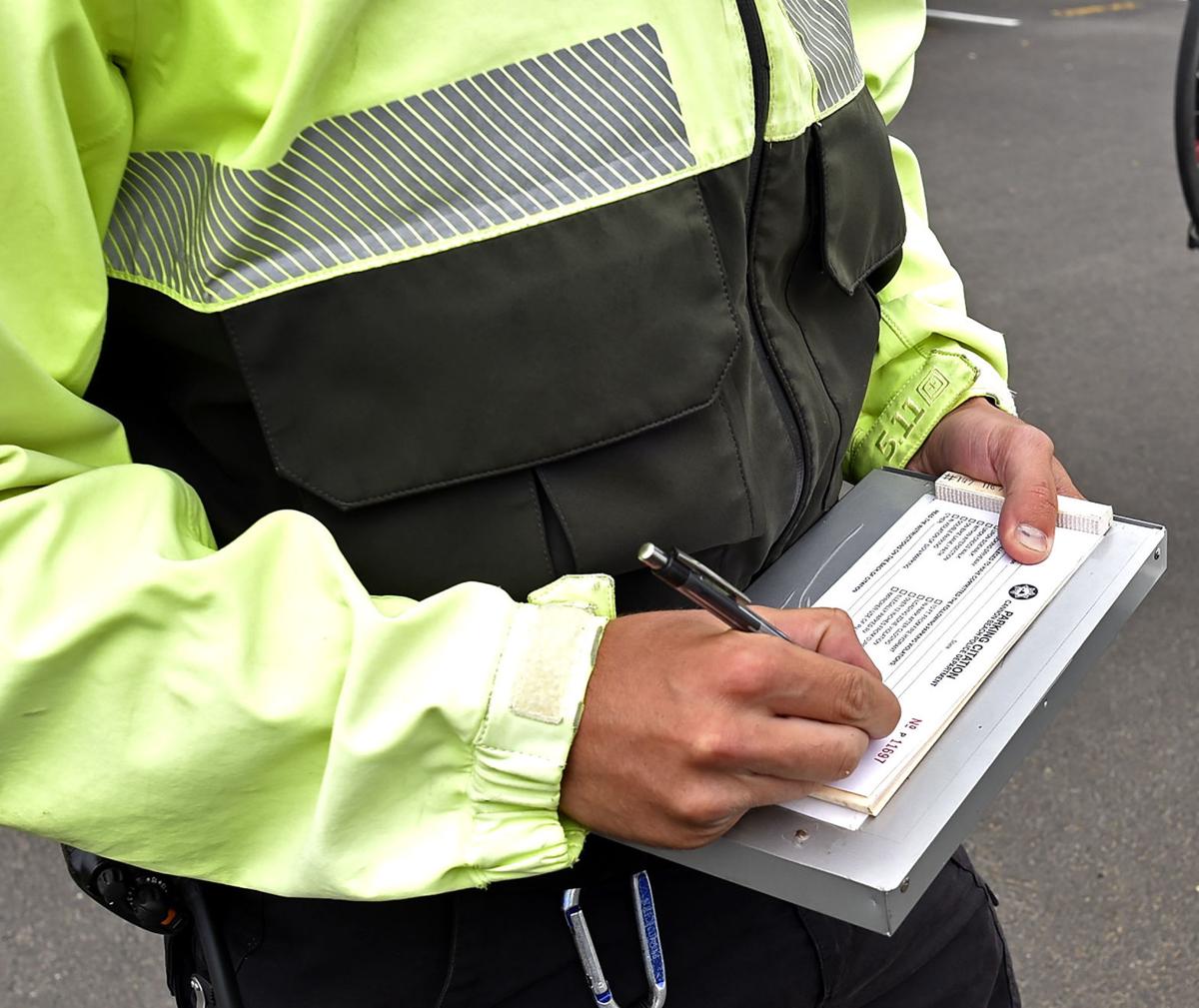 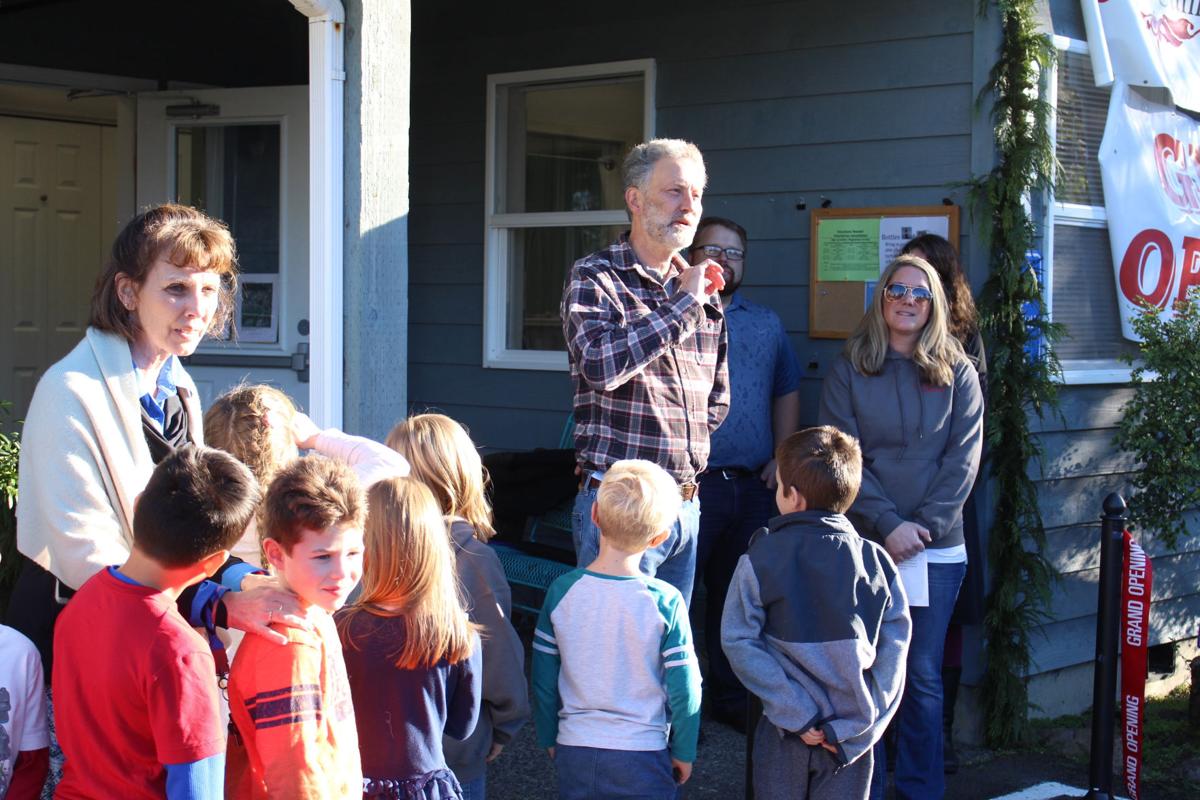 Mayor Sam Steidel speaks to the crowd at the grand opening of the Cannon Beach Academy. 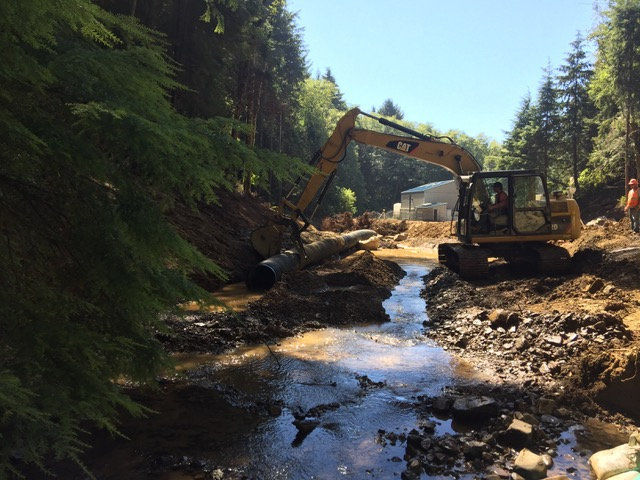 Construction of fish “bypass” channel at the Jetty Creek Fish Passage project. The project was a partnership between LNWC, City of Rockaway Beach, and Oregon Department of fish and wildlife to open us access to 1.4 miles of fish habitat above the City's water treatment facility..

Community members watch as a class is being held at the grand opening of the Cannon Beach Academy.

Cars are parked where the city planned to implement timed parking on Hemlock Street between Second and Third streets.

Mayor Sam Steidel speaks to the crowd at the grand opening of the Cannon Beach Academy.

Construction of fish “bypass” channel at the Jetty Creek Fish Passage project. The project was a partnership between LNWC, City of Rockaway Beach, and Oregon Department of fish and wildlife to open us access to 1.4 miles of fish habitat above the City's water treatment facility..

The year 2017 brought change to Cannon Beach and a look into the future. At long last the Cannon Beach Academy opened its door to students. Down the road, the city’s first cannabis retail store opened. One city manager — Brant Kucera — left and a new manager arrived to take on the city’s key issues for the future. Here is a look at some of the top issues ahead in 2018.

Water rates — who should pay and how much — was among the city’s top stories of 2017. After years of being kicked down the road and seeing shortfalls made up by transfers to the general fund, councilors have begun to absorb staff advice and recognize the need for hikes water and stormwater.

The urgency is reflected in recent reports from the public works committee showing deteriorating systems that will likely require costly repairs in the not-so-distant future. Distributing the cost burden fairly is of top concern — and it all depends on who you talk to.

At a Dec. 12 work session, the committee recommended to fund 50 percent of all projects detailed in the water master plan and 75 percent in the wastewater plan with a rate increase. The 20-year plan is required by the state, and projects would focus on rehabbing or replacing a variety of systems, including brittle water lines and water storage tanks.

The proposal would keep the city’s current rate structure and raise the average homeowner’s water bill from about $50 a month to about $70. The increase would be phased in over five years and generate $2.1 million and $1.6 million for water and wastewater projects.

Whether this would be enough to fully fund projects remains a key concern.

Others raised questions about whether commercial outfits were paying enough under the current rate structure. Council members were divided whether to set aside the full amount of funding for the projects or to seek out public or grant funds that could help lessen the burden for Cannon Beach homeowners and businesses.

The city plans to hold a series of public hearings before implementing any changes. For now, the city is considering approving just the first year of rate increases proposed in the five-year plan, which would increase the cumulative water, wastewater and stormwater base rate by 16 percent from this year to next — about an $8 difference for the average residential ratepayer.

The plan would impact rates annually by accelerating or slowing increases depending on what projects are planned for each fiscal year, according to City Manager Bruce St. Denis.

Which plans and what rate structure the city proposes will be sure to bring out stakeholders on all sides. Two public meetings are scheduled in January to discuss utility rates, on Jan. 16 and Jan. 22.

To many in Cannon Beach, parking is well-nigh a God-given right. There are no time limits in heaven.

Contrast that with a summer weekend in Cannon Beach, with vehicles gridlocked along Highway 101 for miles. Trailers and cars circle the streets looking for a spot compound the problem. Finding a parking space on Hemlock Street is like winning the lottery.

In an attempt to create more downtown parking, Cannon Beach planned to impose time limits along a section of Hemlock Street.

The proposal would have installed three-hour parking limit signs on Hemlock Street between First and Third avenues, as well as on First, Second and Third streets between Hemlock and Spruce.

A pilot program, with the goal of creating 50 new spots by the end of 2018, never got off the ground.

Opponents to timed parking rallied, rejecting the idea as bad for business and adding that they felt “shut out” of the process. Residents presented a petition arguing that timed parking would “negatively impact the relaxing atmosphere” of the town, “increase traffic congestion when cars need to be moved,” and “not allow visitors enough time to enjoy the restaurants and browse through the local shops” generated 120 signatures.

After impassioned arguments from the community, the Cannon Beach City Council voted in July to table any discussion of timed parking or any other parking solutions until after the summer.

As of December, the topic remains to be considered.

Students, their families and residents gathered for a grand opening celebration this to celebrate the Cannon Beach Academy’s first school year. The ribbon-cutting highlighted four years of volunteering and fundraising it took to open the charter school at the former Preschool and Children’s Center after Cannon Beach Elementary School was closed in 2013.

The path in 2017 was never fully certain until the first day of classes. They reached their enrollment goals on the last week of the Seaside School District deadline.

Because of budget issues, the Cannon Beach Academy board had to change locations for the charter school in May. The Planning Commission voted unanimously to grant a conditional use permit to the grades K-2 charter school. That left only a few months to secure the lease for the current location at 3781 S Hemlock St. from the city and finish necessary renovations before a fall opening.

By the end of the year, it was all smiles as community members came out to celebrate the academy’s official grand opening with a ribbon-cutting and tour of the building.

The school will look to 2018 for greater enrollment, new classes and a positive role in the community.