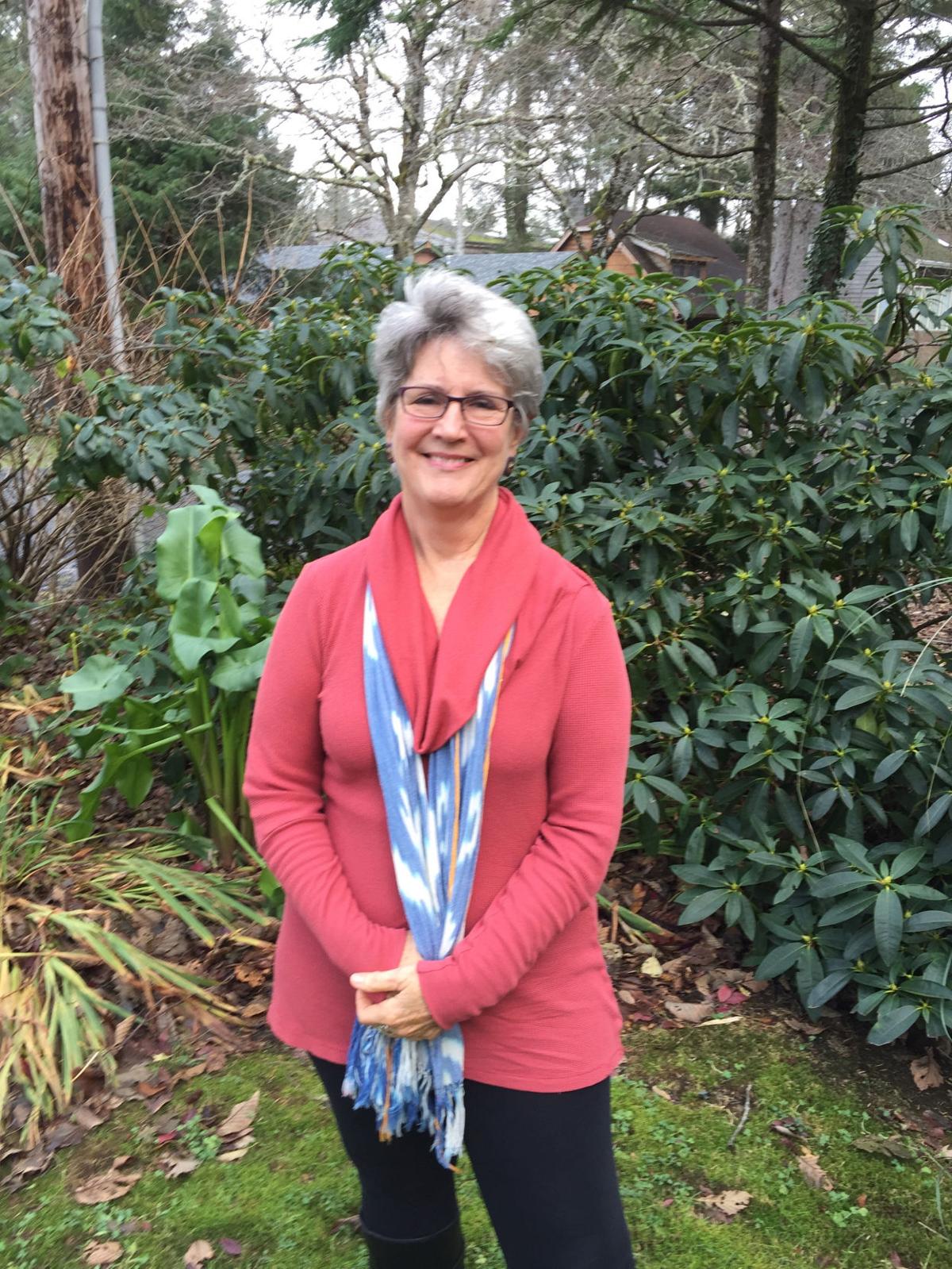 After the harsh extremes of Uganda, Nancy Wesson enjoys life in Cannon Beach. 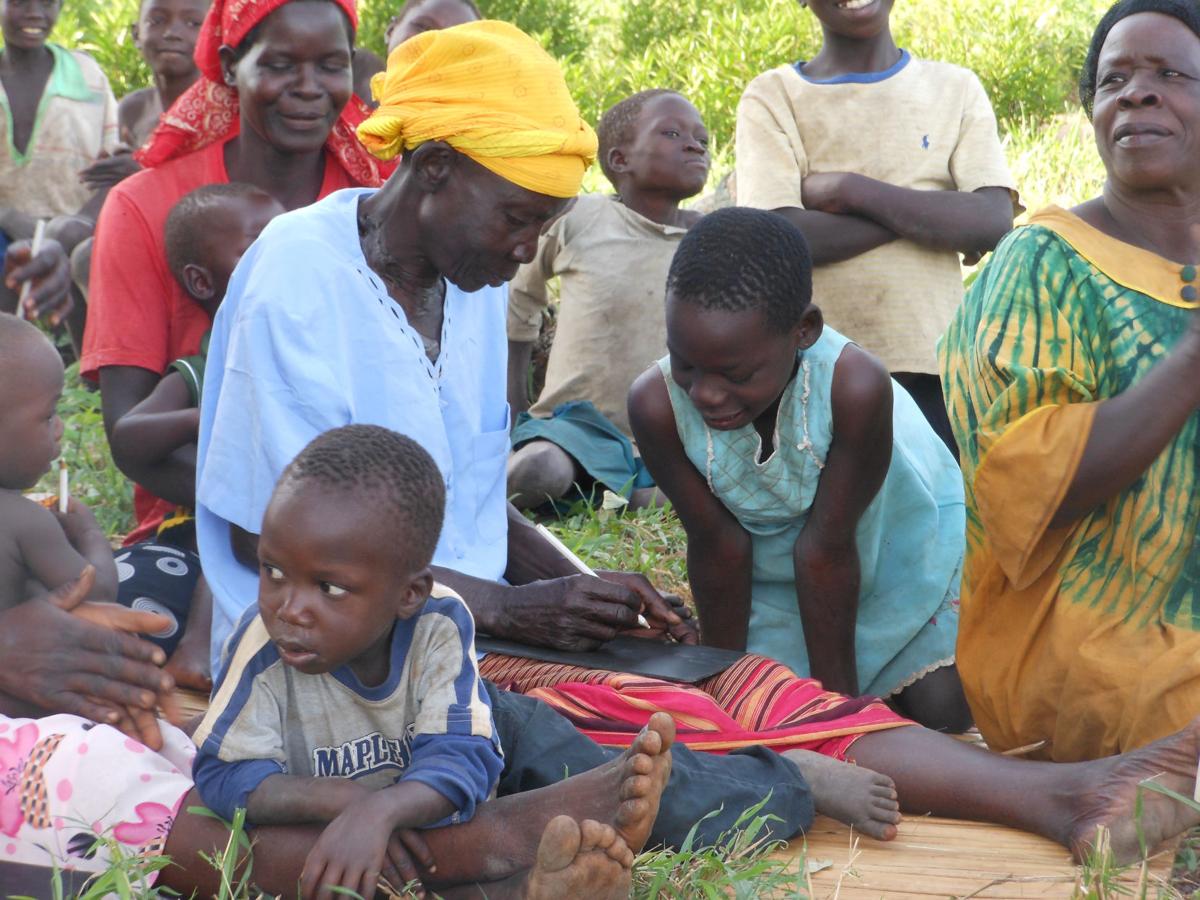 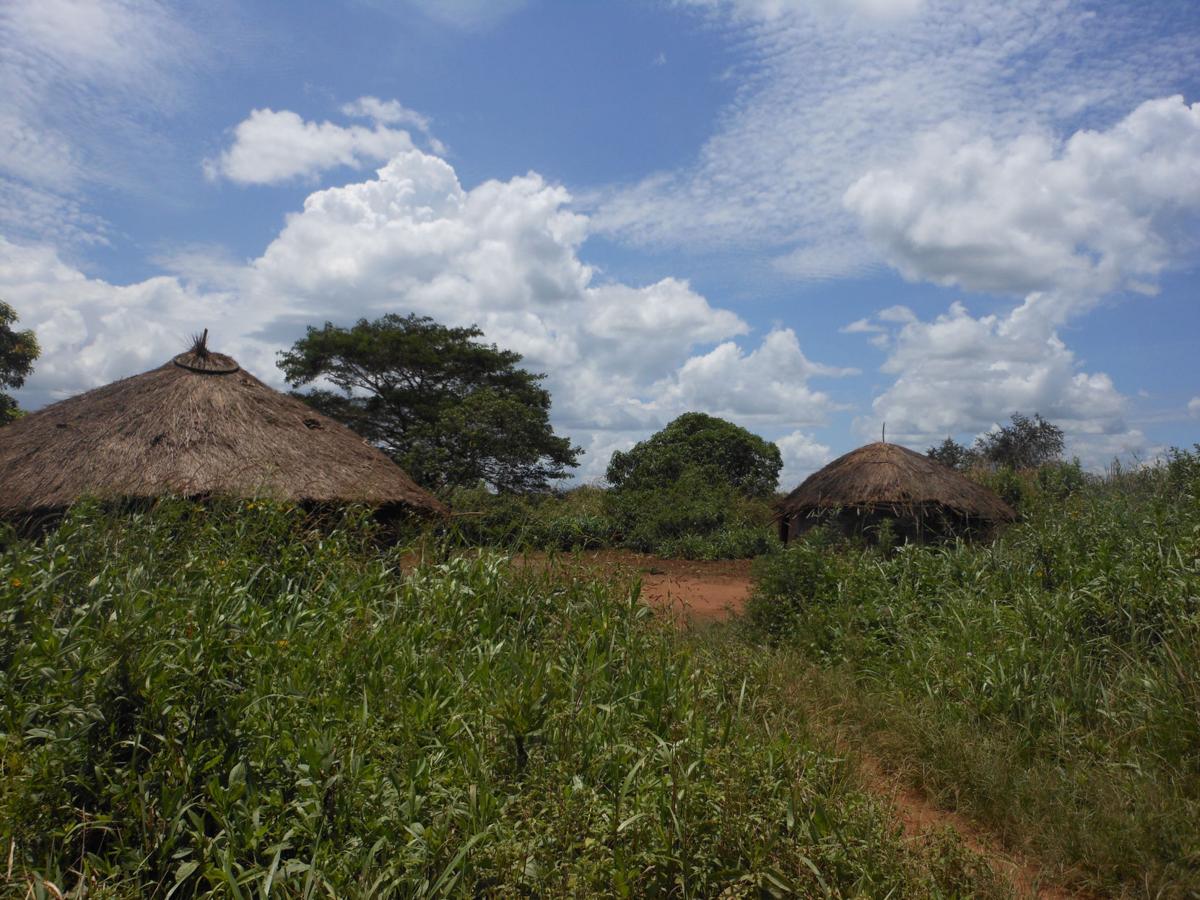 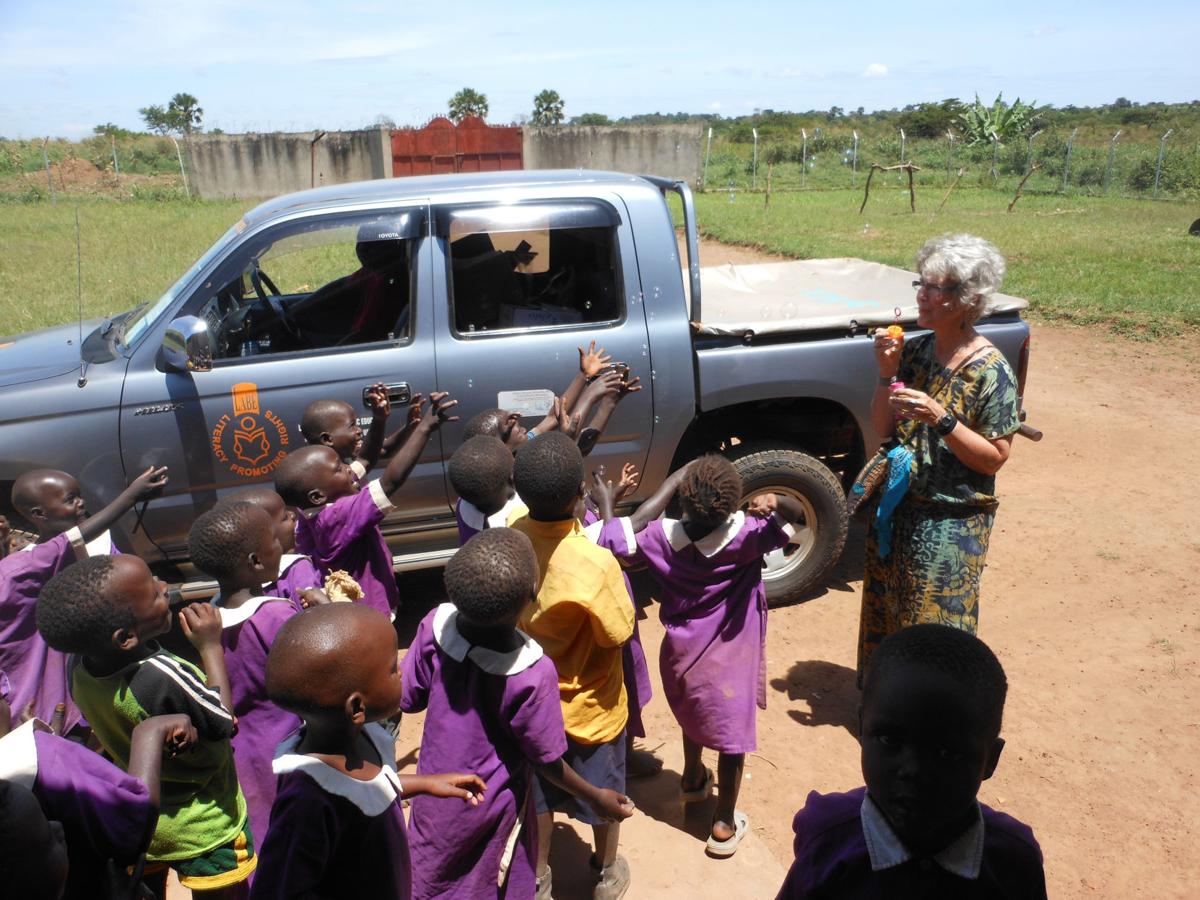 Nancy Wesson with children in Boda. 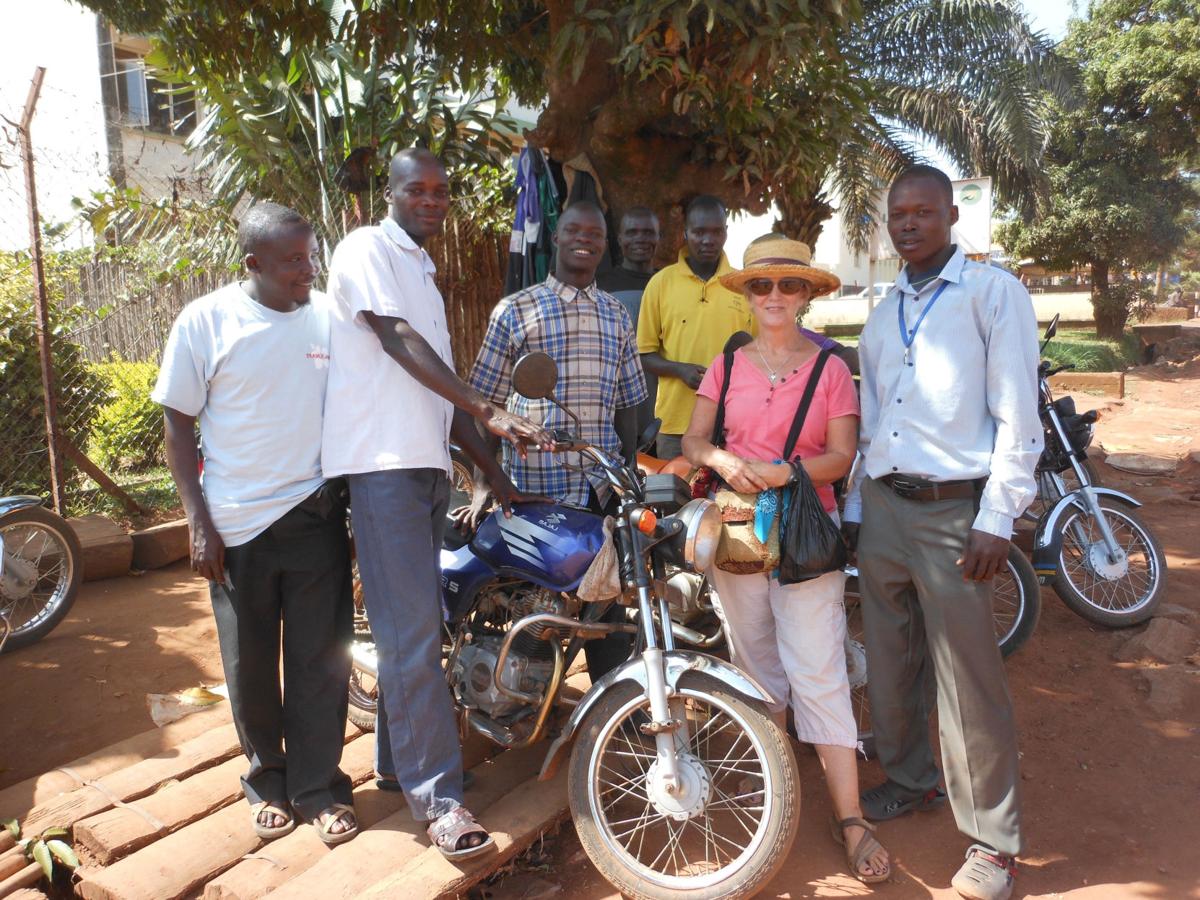 Nancy Wesson with friends in Boda. 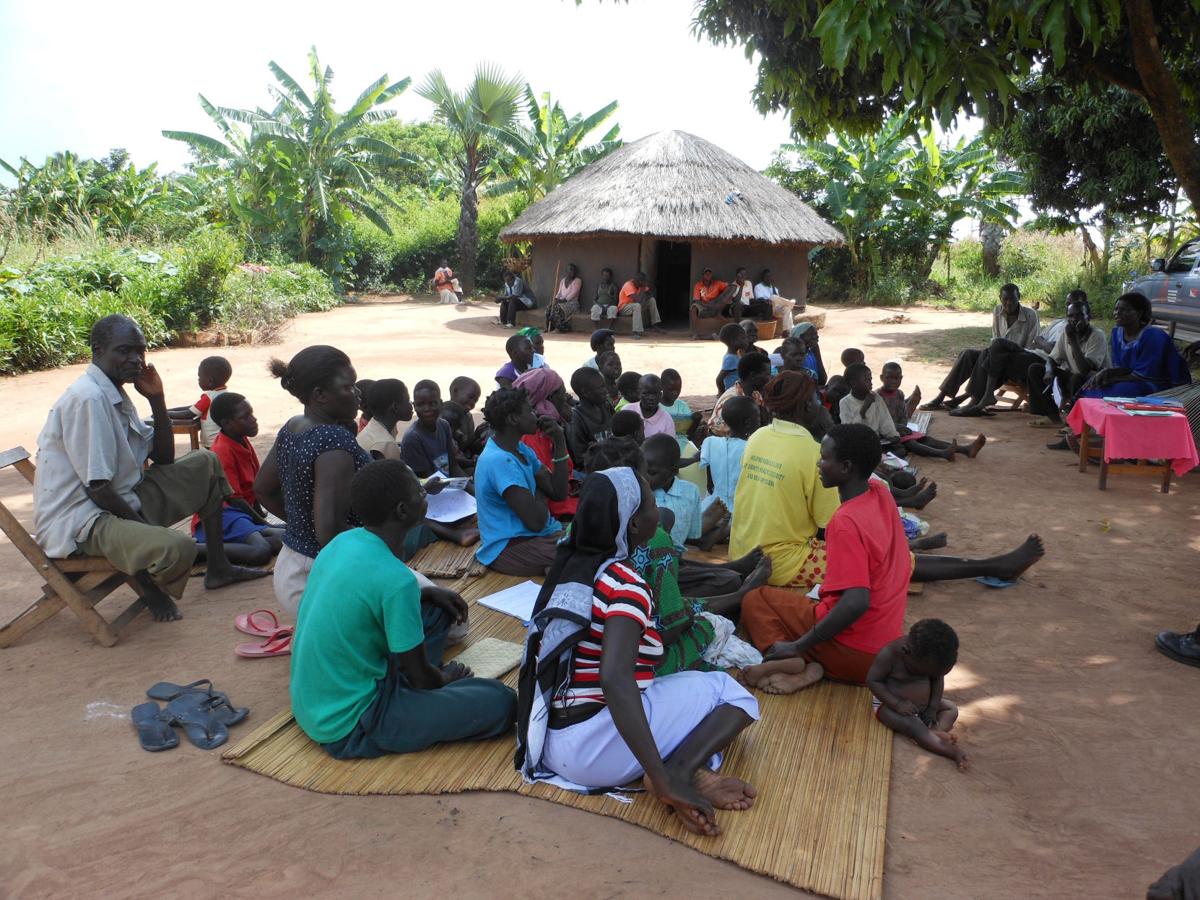 After the harsh extremes of Uganda, Nancy Wesson enjoys life in Cannon Beach.

Nancy Wesson with children in Boda.

Nancy Wesson with friends in Boda.

Nancy Wesson arrived in Cannon Beach on Labor Day 2014 with a loaded 30-foot U-Haul and no place to live.

That might have been daunting for many new arrivals, but considering what she had experienced as a Peace Corps worker in Uganda for the previous 27 months, this was traveling in style.

Wesson, a mediator and personal productivity consultant in Austin, decided to trade it all in at age 64. “I wanted a venue to try my skill set somewhere else,” she said in an interview in her Cannon Beach home. “I wanted to recalibrate,” she said. “I’d tried that three or four times in my life, but you always tend to get pulled back. And I chose the Peace Corps.”

Seeking the “immersion experience,” she surfed the Peace Corps website in the middle of the night and said, “Let’s see what comes my way.”

That began an 18-month process that landed her in the land-locked east African nation of Uganda.

“I’m not sure if I would have chosen that,” she said. “I knew Idi Amin. I knew Entebbe. ‘Rescue at Entebbe.’”

After packing her allotted 80 pounds ­— including a good set of knives and leggings so your legs wouldn’t be seen — Wesson arrived at Entebbe at midnight.

After two weeks of training, she made her way to the northern city of Gulu, where the primary language was Acholi. “It’s a tonal language, the language of the north,” she said. “There’s a lot of emphasis of vowel strength and length. The mispronunciation of a vowel can get you into a lot of difficult circumstances.”

The region had been ravaged by 20 years of war, she said, leaving a legacy of tribal hatred, orphaned children and thousands more ill or dying from AIDS and malaria.

After rejecting her first housing quarters in Gulu, located over a dump where they burned tires and plastics throughout the day, Wesson found a “reasonably safe” home, furnished with two tables and a chair.

For safety, she never went out at night.

“That’s when all the weird stuff happens to volunteers,” Wesson said. “It’s kind of OK to go out in a group, but you’re cautioned not to. The traffic is ridiculous. No lighting, roads hideous, potholes the size of Volkswagen bugs, drop-offs on either side ... They drive lickety-split, animals, potholes ­— it’s scary.”

“When I got there they had no filing or organizational system, so that’s the first thing I did,” she said. “Looking at systems and processes to see if I could fine-tune things so they could get better use of their tiny resources. Dealing with the primitive environment led to a “huge emotional shift around time and productivity,” Wesson said.

For a woman who used to help high-powered Austin businesswomen compete in the marketplace, Wesson quickly learned, “Nothing is going to happen on time or quickly. Delivery of services is so fraught: there’s weather, nobody has any communications. There’s no money to fix anything that breaks, and family comes first, so if anything is happening with a family, everything else stops.”

Trainings took place in the deep bush, aided by interpreters who could speak the local language, Acholi, and English.

“It’s a very successful program, but success is determined differently,” Wesson said. “ Some of the success stories would be: ‘Now that I know how to write my name, I don’t have to wait for my husband to make all of the decisions.’ Or ‘Now that I know how to count money, I can take go to the market and sell my tomatoes without being cheated.’ These are huge success stories.”

In a society ruled by superstitions came unexpected challenges.

“Witchcraft still exists there,” she said. “We were called ‘muzungus,’ which means foreigners. One of the beliefs that surrounds muzungus is that blue eyes are the devil. One day, I was sitting in the truck, and hundreds of kids were surrounding the truck. I always took a jar of bubbles to blow, and they’re motioning me for me to remove my sunglasses. When I did, the whole group jumped back in horror at my blue eyes. I smilled and blew bubbles, and they learned to accept that.”

After a little more than two years, Wesson returned to the United States. In selecting a climate, she sought the opposite of Uganda’s clouds of dust.

“All I could think of was getting to the shore,”she said. “I’ve dreamed of the ocean in all my life.”

With a son working as a ski instructor at Mount Hood, she was drawn to Cannon Beach. She found a rental and unloaded the U-Haul. In her time here, she’s made herself known around town, working with the Visitor Center part time and working with the Haystack Rock Awareness program.

Now, she reflects on her time with the Peace Corps.

“I’m really glad I did it,” Wesson said. “People ask, ‘Was it fun?’ No, it wasn’t fun, but I did good work, made good friends and think I made a lasting difference. I have this incredible sense of gratitude, every single day,” Wesson added. “Every waking moment in Uganda was a constant act of gratitude. I was thanked by people I’d never seen before on a daily basis. They knew if you were a foreigner you were there to help, if you were waiting for a light, they’d take my hand and say, ‘Thank you for your service.’

“To say that this country should close its door to immigrants — we were those immigrants originally,” she added. “Every time you help someone, whether in this country or another, if you help lift them up, then you change the community in which that person functions. That’s what the Peace Corps does.”