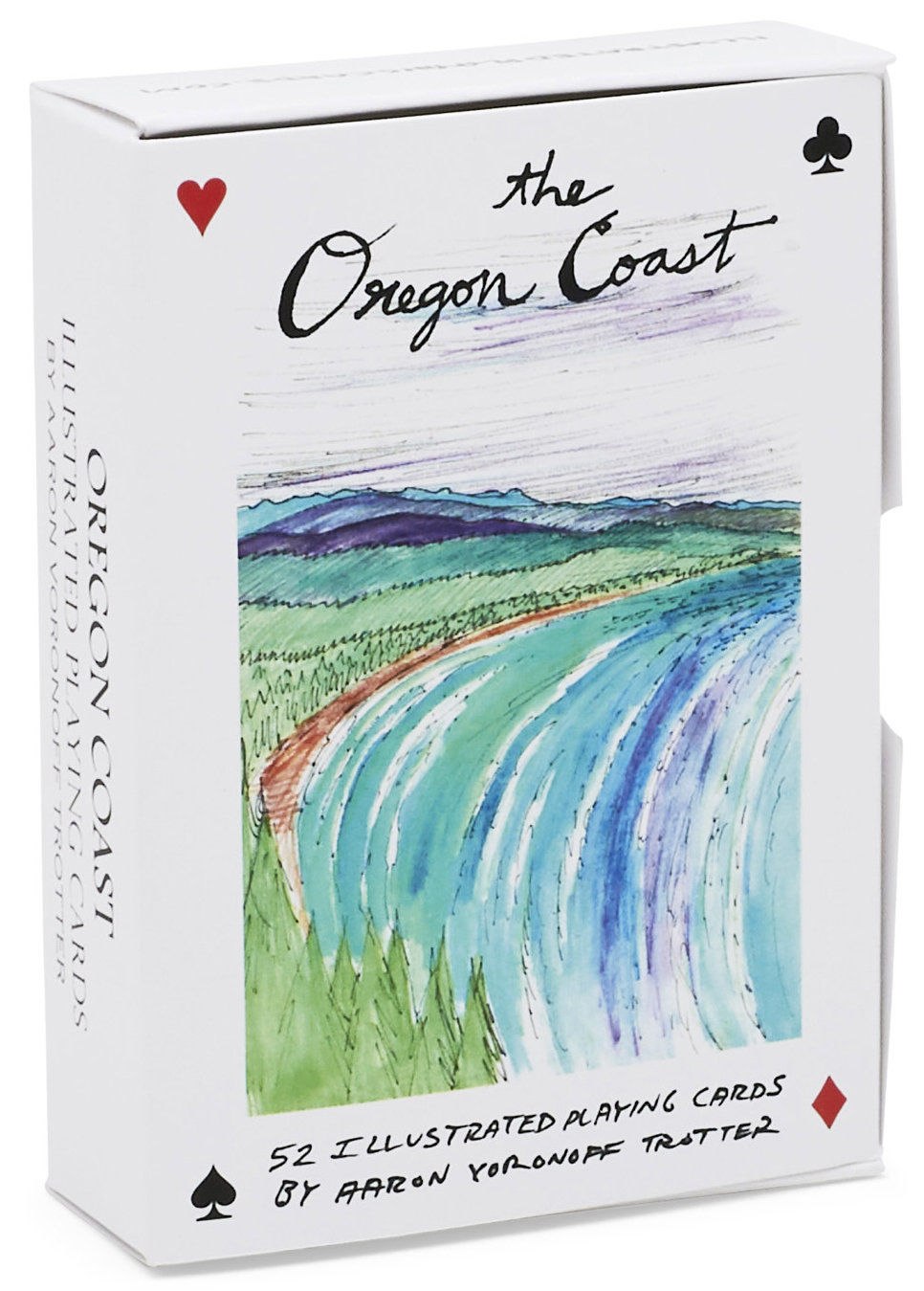 The cover of Aaron Trotter's deck of illustrated playing cards. 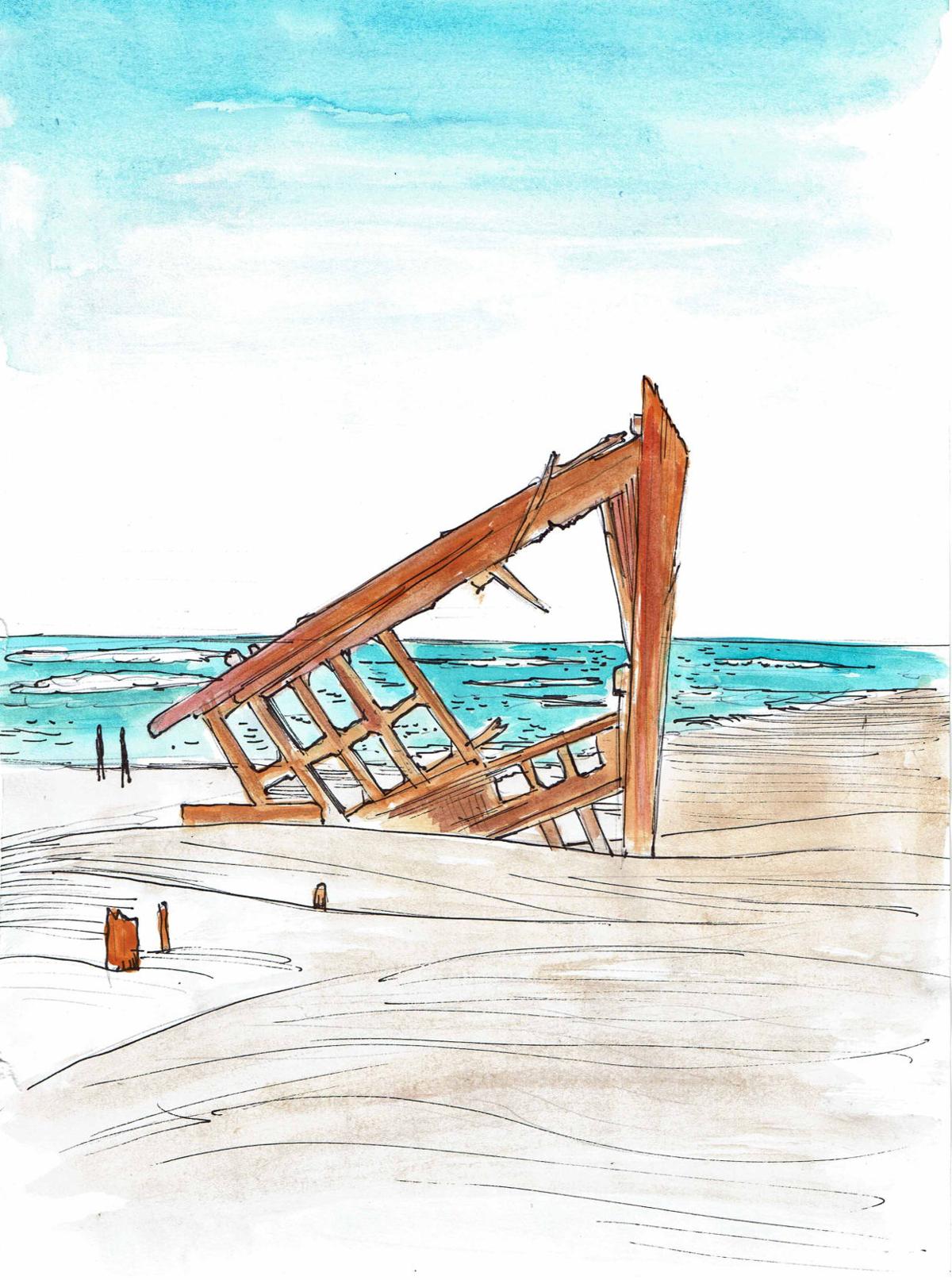 The Peter Iredale shipwreck is one of many North Coast locales featured in Aaron Trotter's deck of illustrated playing cards.

The cover of Aaron Trotter's deck of illustrated playing cards.

The Peter Iredale shipwreck is one of many North Coast locales featured in Aaron Trotter's deck of illustrated playing cards.

From Fort Stevens, the cards follow U.S. Highway 101 south to Tillamook and the Three Capes Scenic Route, hugging the coastline to Yaquina Bay Bridge at Newport. Spanning just the northern half of the Oregon Coast, the diverse scenes include many famous destinations familiar to locals and visitors.

The drawings were sketched on location over a succession of road trips in all weather over the last two years. They were finished at Trotter’s studio in Portland, or on the go with watercolor pencil, pen and ink. The cards are digitally printed in Portland; each box is signed and numbered by the artist. The first printing will be limited to 100 decks. Each deck is made to be played, displayed, and used as a souvenir and guidebook.

A separate deck focusing solely on Cannon Beach will be released in December; while a South Coast deck is planned for 2018.