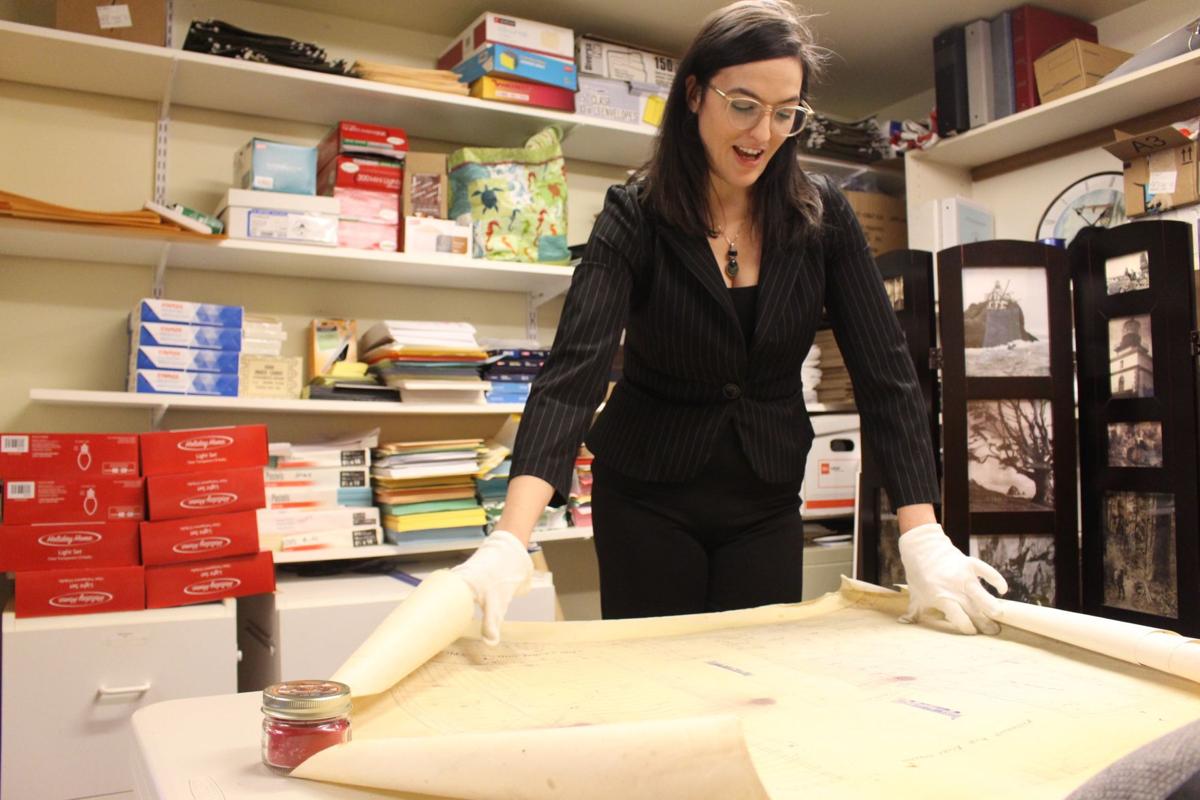 Elaine Trucke, executive director of the Cannon Beach History Center and Museum, looks at what could be copies of the original blueprints for the Tillamook Rock Lighthouse. 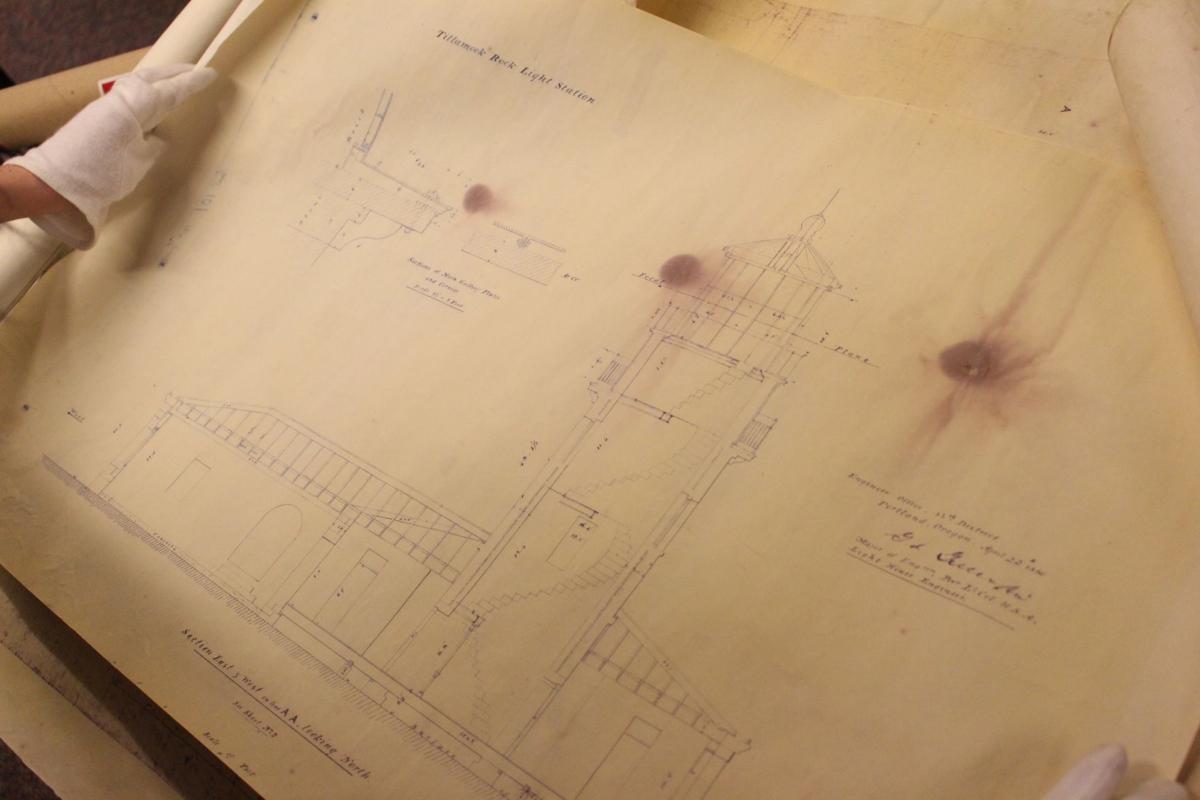 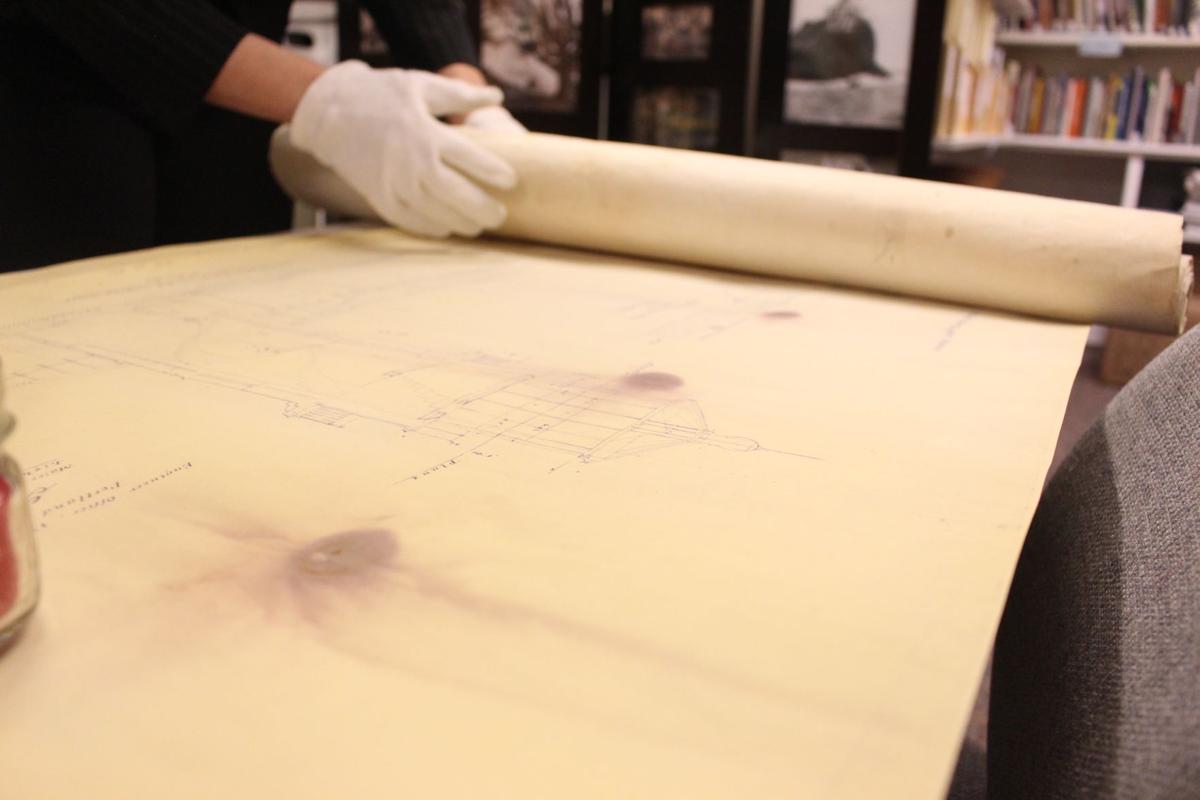 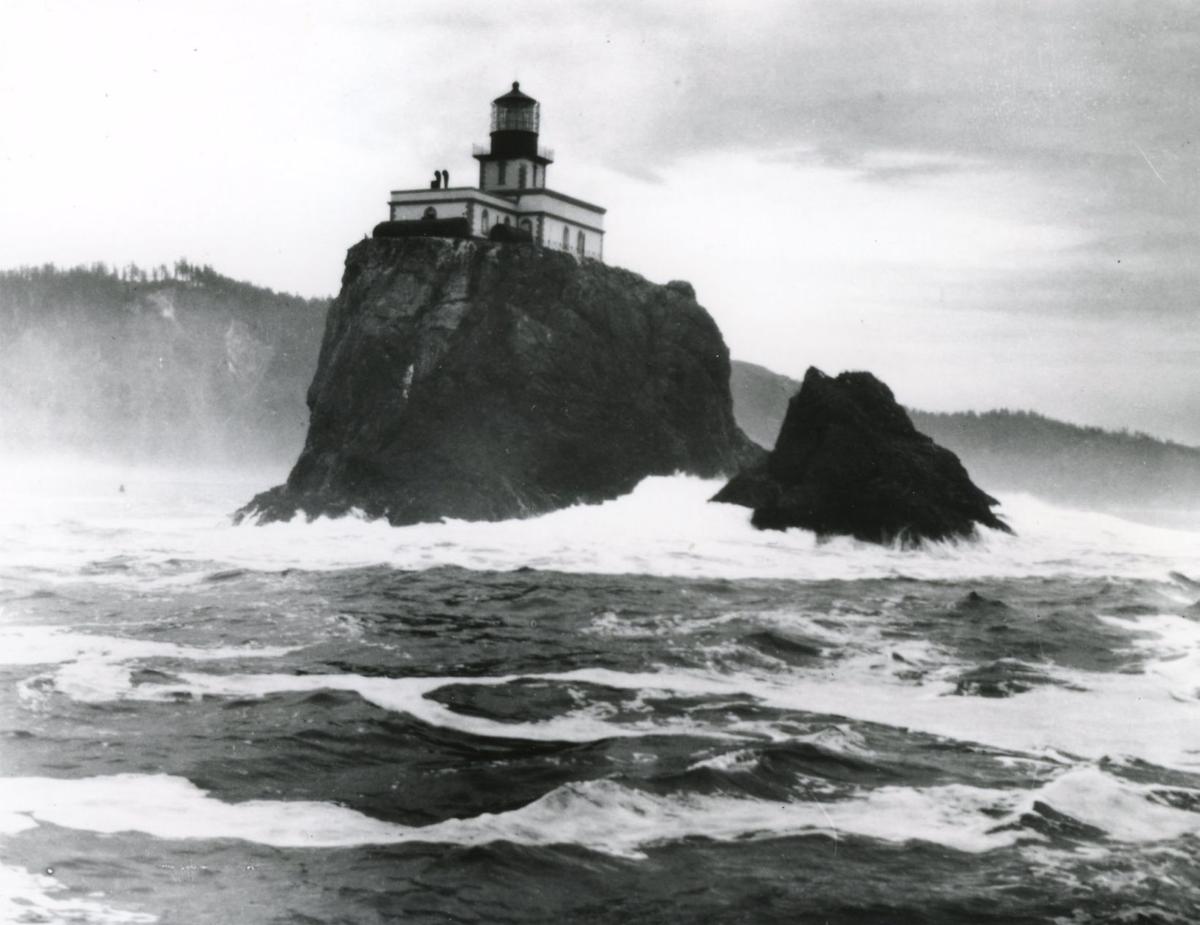 Terrible Tilly in a historic photo.

Elaine Trucke, executive director of the Cannon Beach History Center and Museum, looks at what could be copies of the original blueprints for the Tillamook Rock Lighthouse.

Terrible Tilly in a historic photo.

Despite the fame and numerous books written about her, much is still not known about “Terrible Tilly,” the lighthouse perched precariously on a rock offshore of Tillamook Head.

For years, Tilly enthusiasts have debated the ambiguity of certain details, such as the design specifics of the staircases, windows and other features. Even confirmation about who designed the lighthouse remained fuzzy.

Some of these debates can finally be put to rest by what appears to be recently-discovered copies of the original blueprints for the famous Tillamook Rock Lighthouse.

The diagrams, printed on parchment paper, are dated April 22, 1880 — a little less than a month before construction of the lighthouse began — and signed by George Lewis Gillespie Jr., the man believed to be the head lighthouse engineer. The lighthouse, decommissioned in 1957, was called Terrible Tilly for the stormy conditions of its location and has stood vacant for decades.

“This is very exciting for those of us who like to nerd out about the lighthouse,” said Elaine Trucke, executive director of the Cannon Beach History Center and Museum.

The blueprints were brought to the museum’s attention by Richard Proctor, who found the maps tucked away in the rafters of his Warrenton home in 1998 — then held onto them for 20 years.

“With my career in water work, I thought they were cool,” he said.

Proctor worked in marine construction with Bergerson Construction for more than 30 years. “There was a certain sentiment,” he said.

Proctor assumed they were working prints given their tattered condition, but had no sense of their age. Because he knew the previous owner of his home worked for the U.S. Army Corps of Engineers, Proctor thought it was possible they were very old and possibly original, but ultimately decided to keep them in storage.

He didn’t think about them again until about a month ago, after hearing there was a lecture about the lighthouse coming up by Brian Ratty, a local author who recently published “Tillamook Rock Lighthouse: History & Tales of Terrible Tilly.”

He decided to pull out the maps and show them to Ratty, who he said was immediately intrigued. After confirming they could be significant, he donated them to the Cannon Beach History Center and Museum. “It’s been fun to see the little buzz they’ve created,” Proctor said. “It’s very nice to see that they will be well cared for.”

While clearly old, it’s unlikely the maps are the original drawings, as there are outlines around the prints that make them appear like copies. But they could be the maps used at the construction site in 1880, with evidence of coffee stains and burn marks from being held up to candlelight.

Because very few records were kept about the early days of the lighthouse, the maps are significant because they confirm questions historians have had about the landmark for years.

The most satisfying confirmation, however, was the signature.

“It has always been thought to be Gillespie, but other than some references from the Bureau of Lighthouses, I’ve never seen a plan with his name on it,” Trucke said.

Trucke is now working on getting the proper type of light box to display the maps in the museum, and hopes to scan them and put them online for everyone to see.