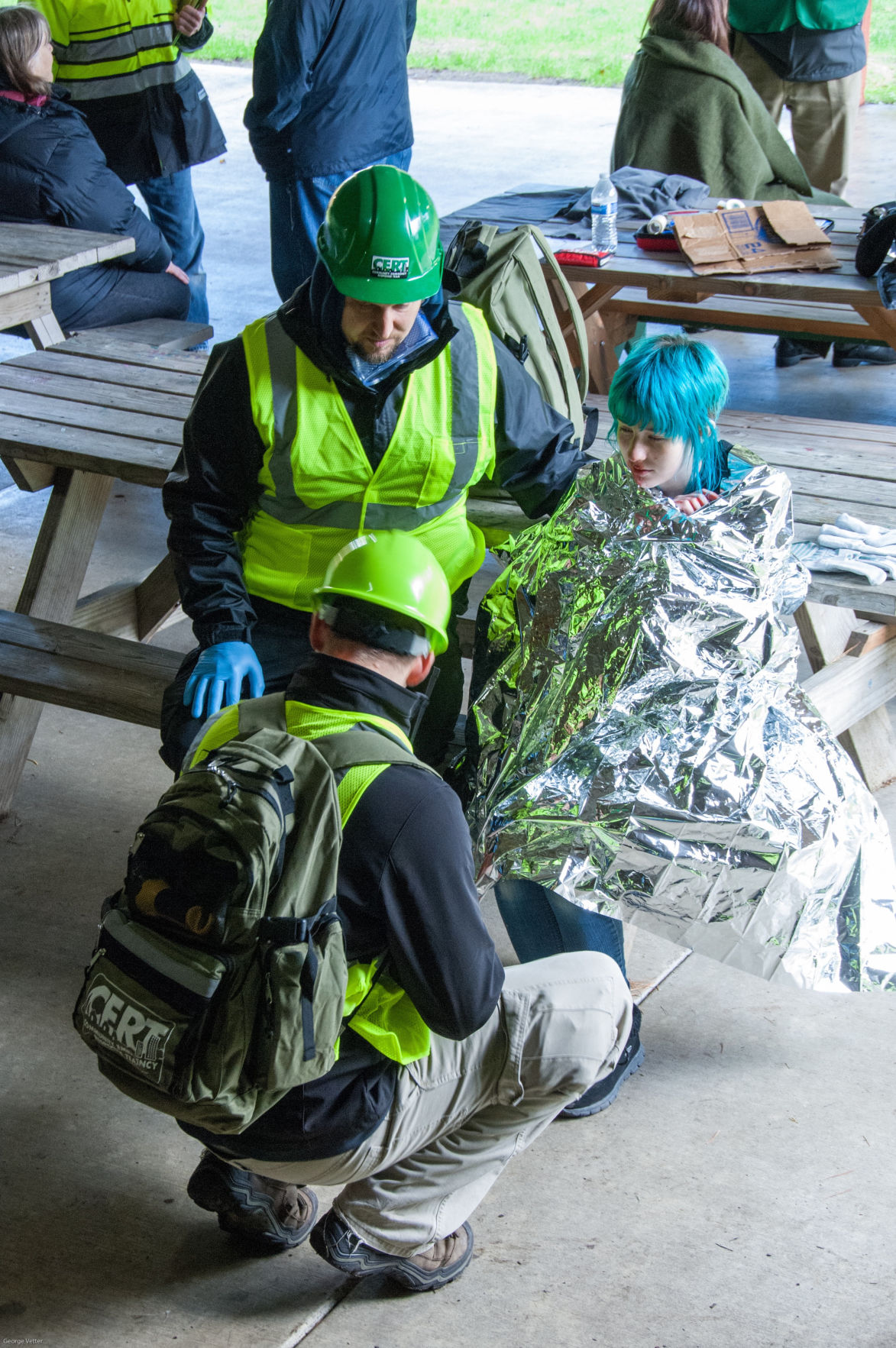 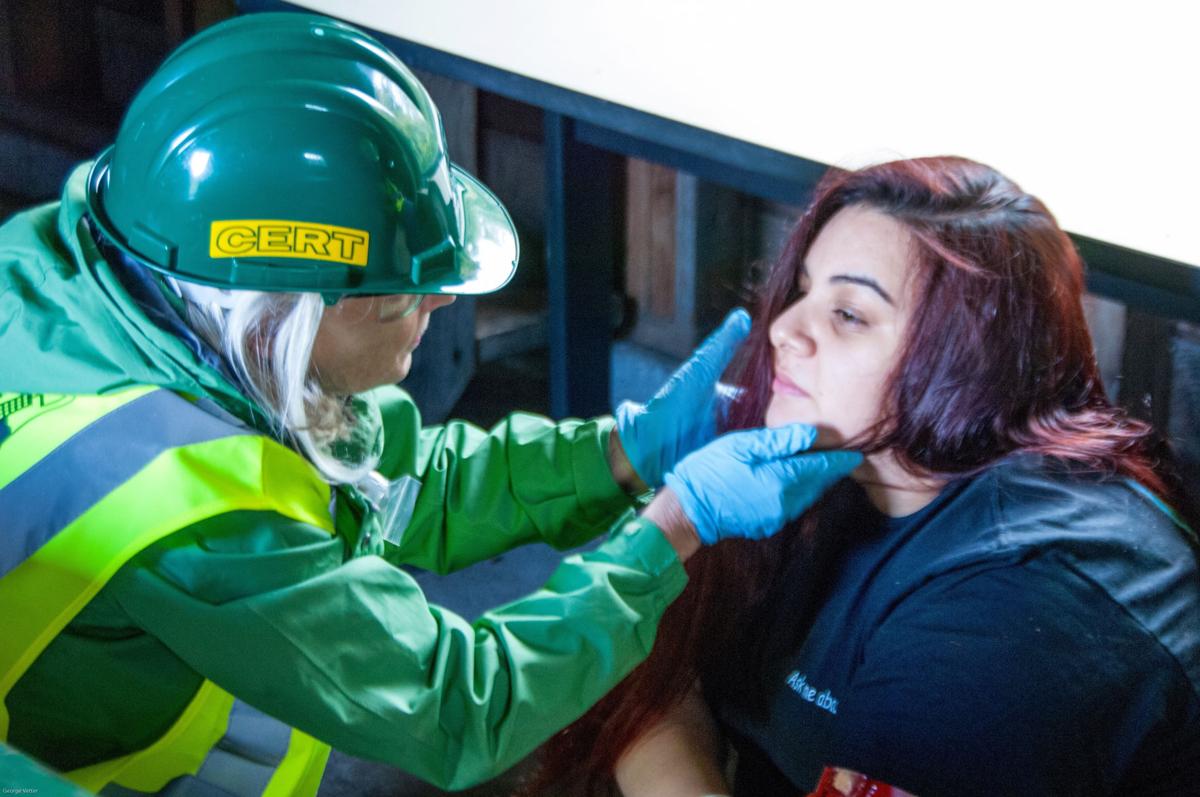 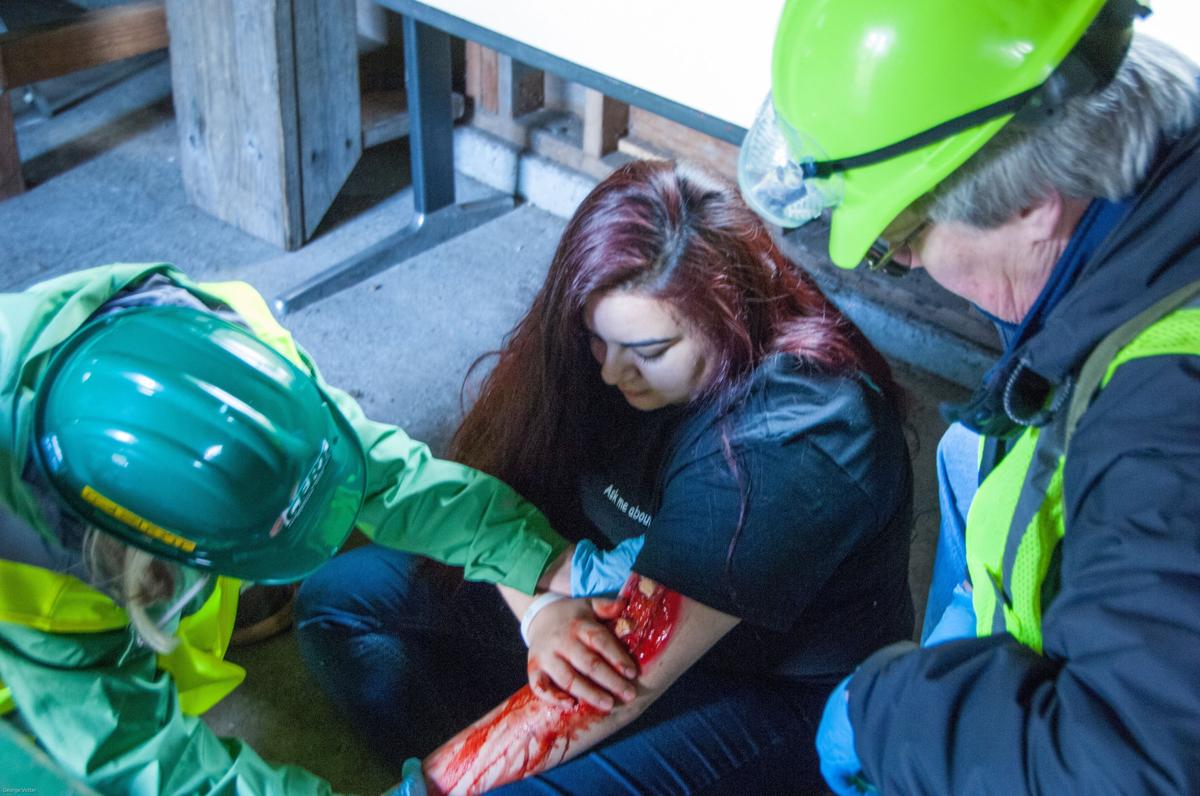 With the help of Bijan Fayyaz, Clatsop County’s emergency services coordinator, Howe and Avila believe a CERT club could help incorporate more authentic training into tsunami drills, equip the school with the adequate quality and quantity of emergency equipment and work with other teen CERT groups in the area.

“We feel that making a club would create a footprint to make CERT a permanent part of the school and eventually have it become as big of an extracurricular as any other club,” Fayyaz said.

He is working with school administrators — at Seaside High School, as well as Astoria and Warrenton high schools — to figure out how to make emergency preparedness more present on each campus. He envisions each school will have their own club or team, and they all will function collaboratively under a countywide teen CERT umbrella. Since starting discussions, Howe and Avila have shown enthusiasm and the desire to help make that happen.

“They came to the table at our first meeting with ideas,” Fayyaz said. “Right now, Seaside really is steering the way in terms of the entire county for teen CERT, but we hope to get all the high schools involved.”

The two seniors recently volunteered to play victims at a countywide CERT training, organized by the Emergency Management Division, held in November at Camp Kiwanilong in Warrenton, which was a “learning experience for us as much as it was” for the people getting certified, Howe said. In the future, she and Avila want to become certified to train other students.

“We’re starting with these two as far as the entire county for teen leaders,” he said, adding he values getting youth more involved as CERT trainers and program leaders. “If we can get someone in who is young enough, who plans on being a part of the community a long time, there’s a lot of potential to keep the program successful and sustainable.”

In reality, teen response teams are nearly identical to any other team — “there’s often debate whether we should call it teen CERT,” Fayyaz said. “We just address it to high schools and specific teen audiences, but as far as the training, responsibilities and everything, it’s the same.”

“In order to be involved in assemblies and get more outreach to the students here in the school and the community in general, we have to be registered as a club,” Howe said.

For instance, Jeremy Goldsmith and Nick Sund, who worked for Seaside and the county, respectively, through AmeriCorps’ RARE program, taught an after-school CERT training at Seaside last school year. The instructors wanted to give certificates to participating students during a school-wide assembly, but could not because CERT is not a club.

“It was really a huge disappointment for all of us, because we were really excited to be able to demonstrate what we had learned to fellow students and get them involved as well,” Howe said.

In order to create a CERT club, there must be a teacher or faculty member willing to oversee meetings, field trips and other events. The club must garner enough interest to have members and officers.

Students will propose the idea of a club to Principal Sheila Roley, Vice Principal Jeff Roberts and the Associated Student Body leadership. Administrators seem supportive and Fayyaz is optimistic they can have a club started by the beginning of 2016.

Even though the student body is well-informed through tsunami awareness videos and conversations, she believes increased awareness through the club will “give the students more of an air of seriousness,” Howe said. “As time goes on, the danger of the tsunami is more and more impending and more and more scary. We want students in the community to know the people who are trained to help them and what to do in that case.”

The school does a tsunami drill a couple times per year, but it is more akin to “a leisurely stroll up the hill” to the safe zone, according to Howe. Avila suggested the school could incorporate simulation of an earthquake, which will happen before the tsunami, and factor in that many people will be injured during that occurrence. CERT students could help lead the drills and make them more authentic by setting up imitation medical and triage centers. The school club also could host more practices and simulations to keep students fresh on the right procedures, Avila said.

“You have to keep practicing, because when the tsunami happens, it’s going to be chaotic, so you might not remember the steps,” she said.

Another focus will be equipment. Each classroom is said to have a backpack, but in talking with some teachers, Howe and Avila discovered some classrooms are missing backpacks or they sit empty. Some packs contain expired rations and supplies.

Pre-made packs filled with equipment are available for about $75 to $300, depending on what items they contain. Response teams or individuals can make the packs themselves, which usually saves money but is more time-consuming, Fayyaz said.

Additionally, the club participants could maintain a website or Facebook page to keep the student body and community aware of the program, local training or simulations opportunities, scholarship or college programs related to emergency preparedness and other information.

Students would not have to be part of the club to take a weekend or after-school CERT training at the school. Avila and Howe hope even other community members would be able to take the biannual training alongside students to get more people certified. The two enterprises would run alongside one another.

“The trainings only occur once or twice a year, so what happens in the middle time will be on club’s shoulders,” Fayyaz said.

The county’s Emergency Management Division is helping during the start-up phase of the county teen CERT movement, but the goal is for each school’s club to become self-sustainable and be sponsored by a local entity, such as police, fire and rescue departments.

“CERT is really supposed to be run by the community, but we’re here to help with it,” he said. “For the time being, we’re really going to be the facilitators.”