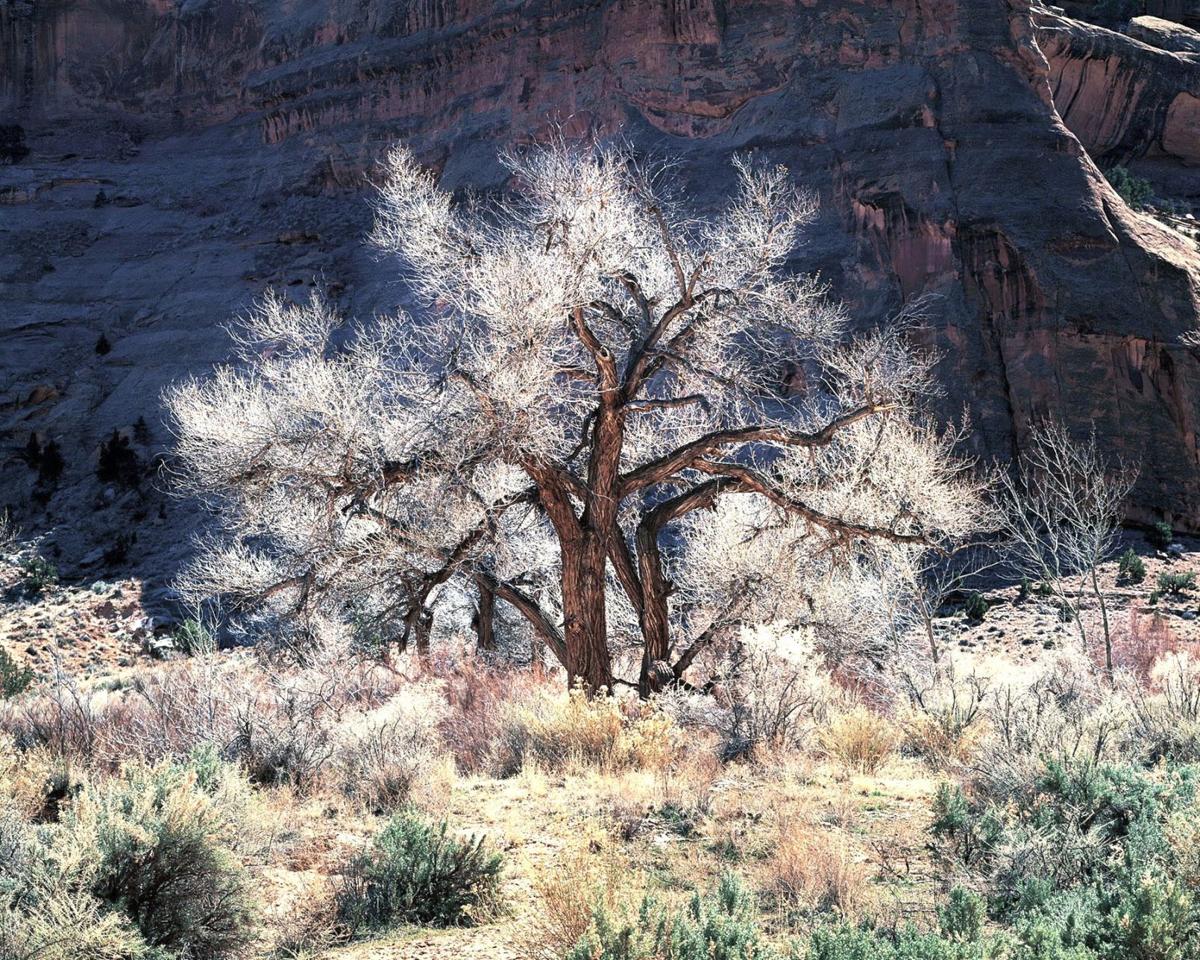 “Cottonwood and Light,” by Christopher Burkett, is on display at Northwest By Northwest Gallery. 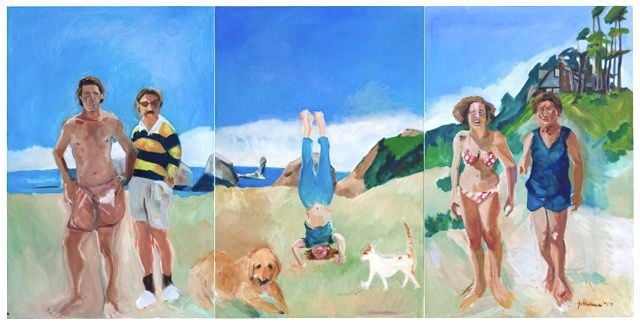 Shirley Gittelsohn's work, of which this family portrait is one of her most famous, will be on display at the Cannon Beach Gallery during Gittelsohn's exhibition, which opens May 1, the first day of Spring Unveiling, and closes June 2.

“Cottonwood and Light,” by Christopher Burkett, is on display at Northwest By Northwest Gallery.

Shirley Gittelsohn's work, of which this family portrait is one of her most famous, will be on display at the Cannon Beach Gallery during Gittelsohn's exhibition, which opens May 1, the first day of Spring Unveiling, and closes June 2.

Photography is both a literal and an interpretive art, said Christopher Burkett, a Milwaukie-based color photographer of the American landscape.

The camera can capture the subject as reality presents it, or, rather, as most people see it. Yet the final image — the content, the perspective, the embellishments or lack thereof — captures something of the photographer, too: not just his skill level but his attitude toward the subject.

So where, then, does reality end and interpretation begin?

Feel free to ask Burkett that very question when he arrives in Cannon Beach to discuss his craft and unveil new works in progress at 2:20 p.m. May 2 at Northwest By Northwest Gallery, 232 N. Spruce St., where he has shown his prints for more than 25 years. Burkett is the only photographer having a special showcase during the Cannon Beach Gallery Group’s 15th annual Spring Unveiling Arts Festival, held citywide May 1 through 3.

Mentored by Ansel Adams, a black-and-white landscape photographer, Burkett has shot in all 50 states in his 40 years as a photographer. He has been featured on Oregon Public Broadcasting’s Oregon Art Beat,

Burkett works in traditional (i.e., nondigital) fine art photography, which means he spends long hours in his darkroom, developing his own film and making his prints by hand. Eschewing filters and Photoshop, he opts for natural light and color.

The way he tells it, Burkett is “just representing what’s real.”

“And that’s one of the strengths of traditional photography, is that, essentially, because of its limitations compared to digital, you can trust the image more than you can a digital image in general,” he said. Digital images, of course, can be tweaked to no end.

A devout Christian known for his pictures of forests and mountain ranges, what Burkett tries to convey is “a sense of the sacred in nature, or the sacred in the world,” he said. “If it was something I could convey in words, I would write like Wendell Berry does.”

Just as it is possible to know the photographer through his photographs, “the Creator can, to a certain extent, be known through his creation,” Burkett said.

And that is why his first big book of photography is titled “Intimations of Paradise” (1999). “We’re not talking about worshiping nature as God, but God’s presence in nature, which are two different things,” he said.

Burkett’s Saturday show falls between two midtown events that celebrate another Oregon artist who has spent decades capturing sacred scenery (and, as it happens, has also been featured on Oregon Art Beat).

A retrospective of the work of Shirley Gittelsohn, a painter of Cannon Beach’s coastal environment, opens May 1 at the Cannon Beach Gallery, 1064 S. Hemlock St. On May 2, Gittelsohn herself will lead an artist conversation at 12:20 p.m. and enjoy an artist reception from 5 to 7 p.m.

Her exhibition, which runs through June 2, will include about 15 oil paintings, most of which she painted during the 1970s and 80s. They depict the stretch of beach from Chapman Point to Haystack Rock as she viewed it from her beach house window.

In 1981, she feared that a proposed housing development would block her view of Haystack Rock. So, between March and July of that year, she cranked out 183 paintings of the rock, to “catch the view before it was gone,” she said. These were displayed at Cannon Beach City Hall.

The history of these paintings, which represent her efforts to keep alive the memories of an older Cannon Beach, will likely be the subject of her artist conversation Saturday afternoon, she said. “I’ll probably try to explain as best I can what was happening at the time.”

The exhibition will also include her famous 6-foot-by-12-foot family portrait from 1977 of Gittelsohn, her late husband, and their three children cavorting along the shoreline near the north end of town.

“I liked being a mother and wife and so on, but I wanted something else to do, too,” she said. “So I started painting and found I enjoyed it very much.”

During her nearly 60-year career as an artist, Gittelsohn has also painted still life scenes from her vacations in Mexico, and many, many portraits of her children. Her work has been displayed at Reed College, Willamette University, the Oregon Jewish Museum and Arlene Schnitzer’s Fountain Gallery. In 2009, she wrote and published a book, “Paintings and Reflections.”

Asked what tradition she paints in, Gittelsohn said, “My own.”

Though macular degeneration has slowed her output, Gittelsohn, who lives in Portland, still paints and shows her work at WhiteBird Gallery. Incidentally, Gittelsohn’s “Cannon Beach Retrospective” comes as the artist prepares to turn 90 on May 20.

She said she is delighted to have an exhibition devoted to her Cannon Beach work, especially one that spotlights the chosen pieces.

“I’ve been going through various pieces and just re-seeing them again and just enjoying them very much for the most part,” she said. “I just hope the gallery’s big enough for all this stuff!”