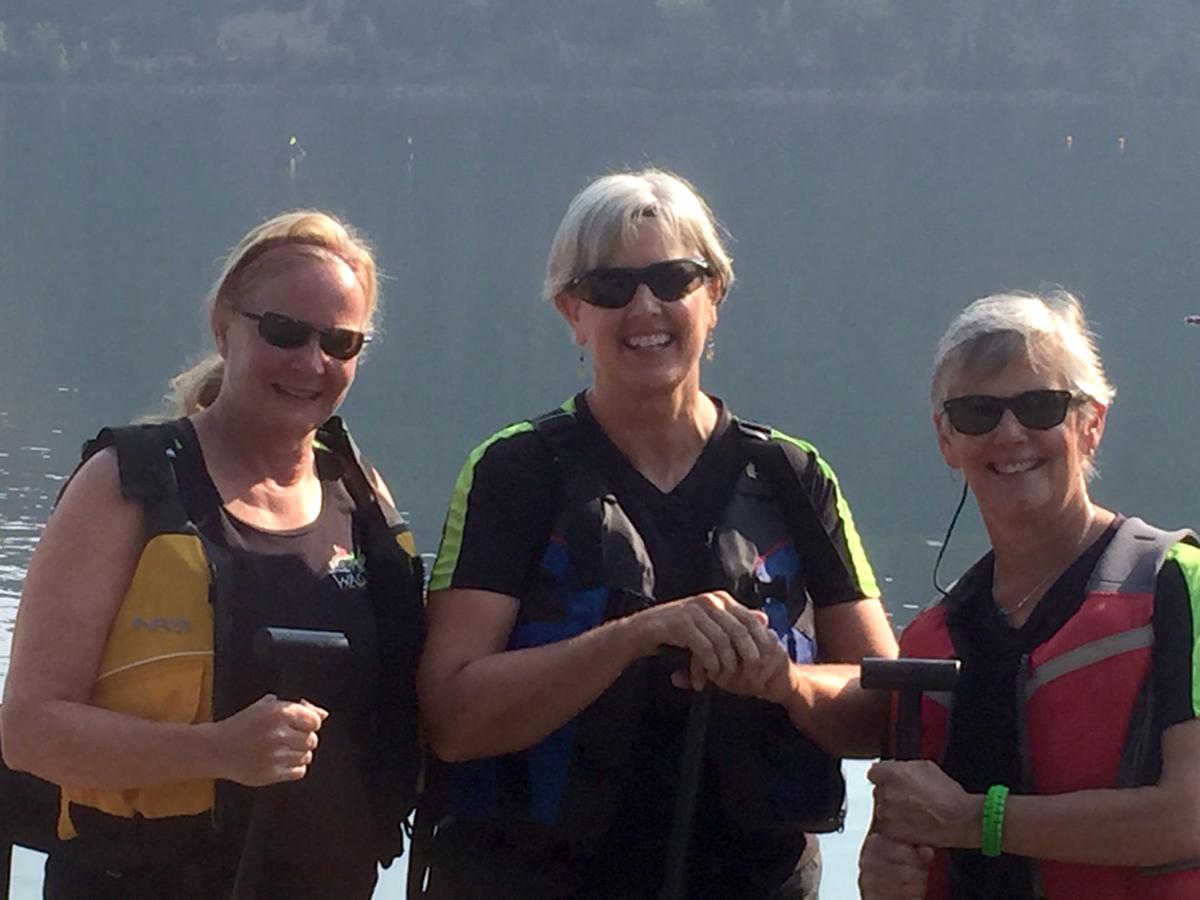 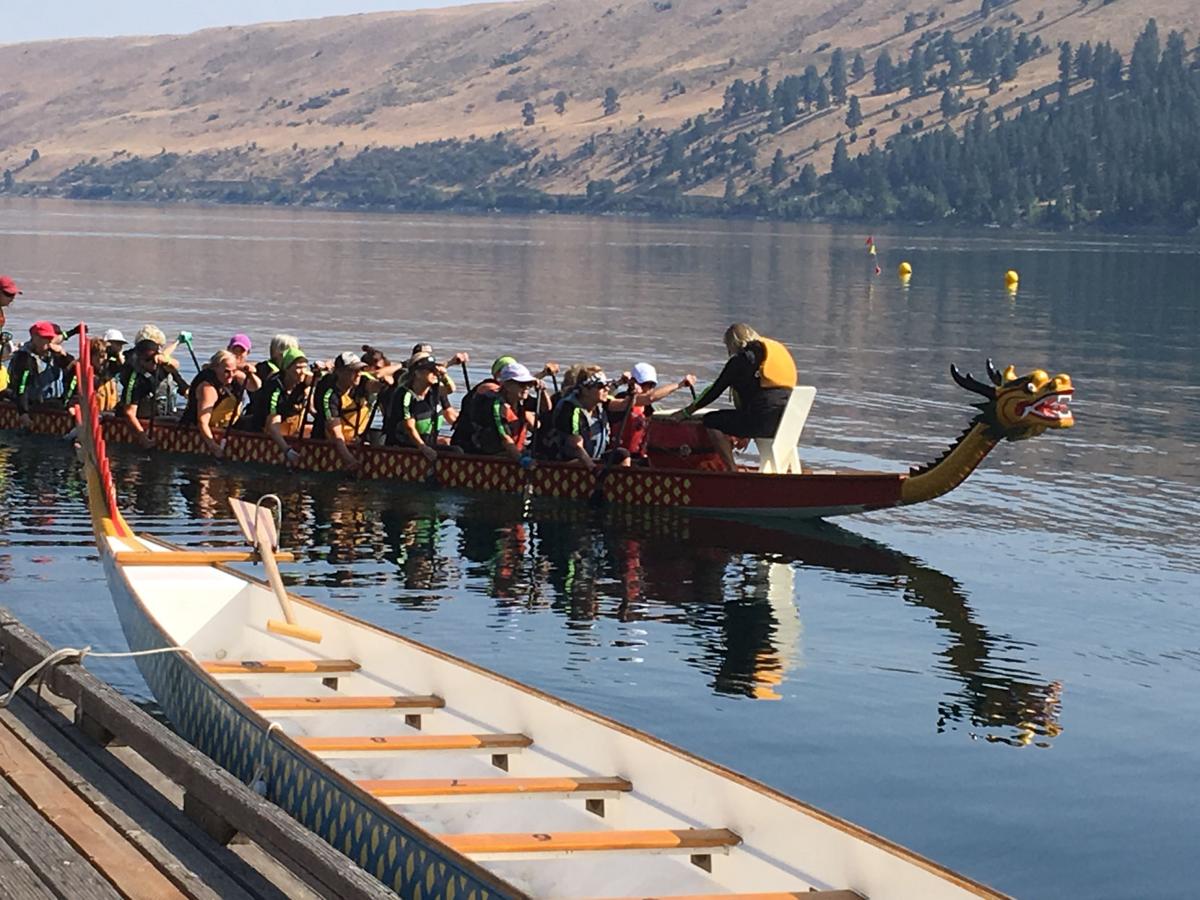 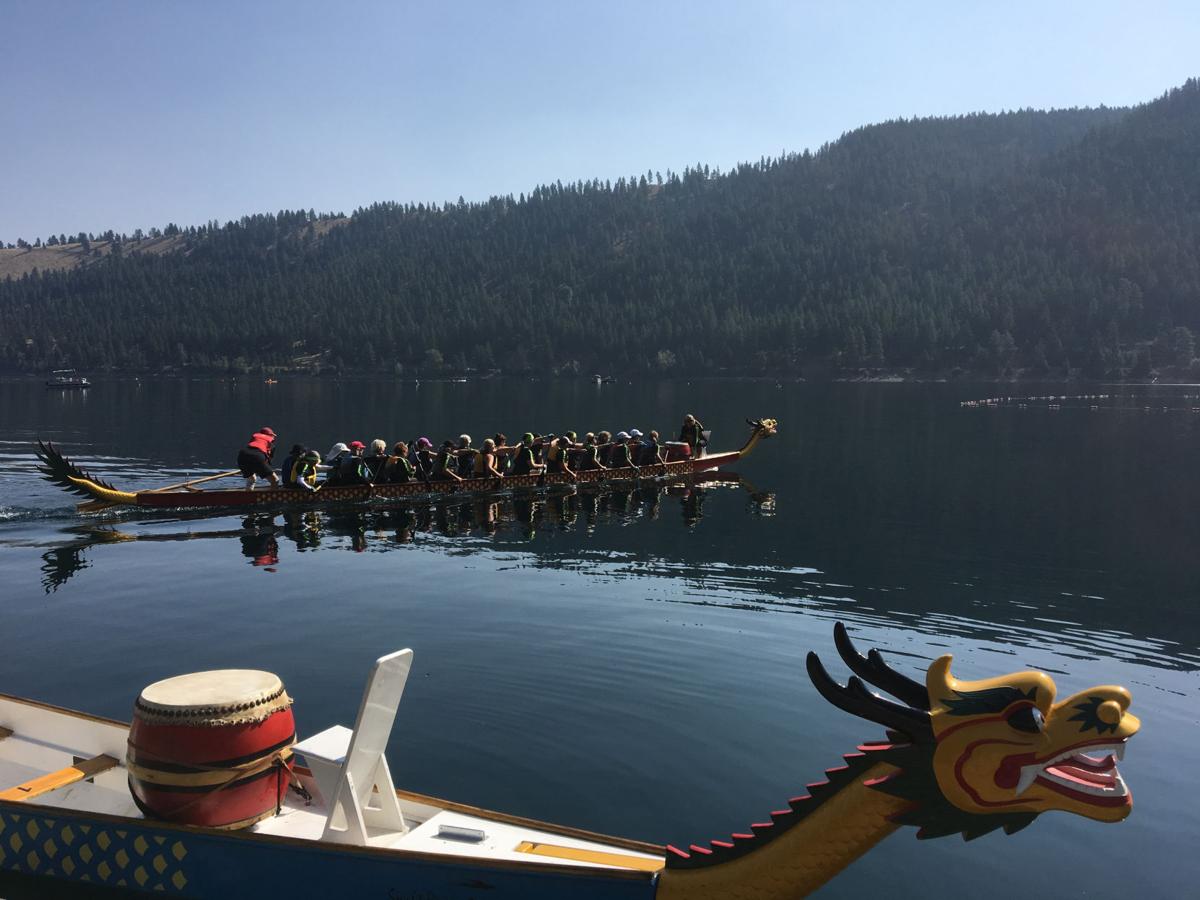 “Paddles up!” is the greeting used by the Nehalem dragonboat racing team, and the team is inviting interested North Coast residents to “Paddle Up” and join their ranks. Officially known as the Wasabi Tiderunners, the team uses a 22-person boat on the Nehalem River in practice and in competition.

Head Coach Char vonAhlefeld said that while the team is affiliated with the many Wasabi dragonboat teams located in Portland, the Nehalem team fields mostly coastal residents from as far north as Astoria, and as far south as Tillamook.

VonAhlefeld, of Manzanita, has a lengthy history of involvement in dragonboating in Portland. She began with Portland’s Team SOAR, when it was made of up women who had survived breast cancer, and later she paddled with the Wasabi women’s teams for a total of 10 years. vonAhlefeld was kayaking in the Nehalem Bay five years ago, missing her Portland dragonboat practices and the team camaraderie, when she had an epiphany. “I remember thinking, ‘why can’t I get a dragon boat down here on the bay — it would be perfect.’ The water is calm, and it just happens to be the most beautiful place on the planet.”

After throwing her “heart and soul into a year of organizing,” Wasabi TideRunners was born.

Typically, the team participates in three races a year in and around the Northwest; however, the team has traveled to races in San Diego and Ireland in past years. “I like to say, ‘We are paddling our way around the world,’” vonAhlefeld said.

The team meets at the Nehalem City Dock on Monday and Thursday evenings and Saturday mornings. Practices are an hour long throughout the spring, summer and early fall. Team manager and Manzanita resident Mary Gallagher said that practices provides a bonus beyond great exercise. “I love the camaraderie of my fellow paddlers,” said Gallagher recently, “as well as the beautiful waters and shoreline of Nehalem Bay.”

In addition to practices, participating in races, and having fun, the team members also volunteer at community events throughout the year. In fact, the team motto is “Competition, Community, Camaraderie, on and off the water!”

VonAhlefeld said that the team is recruiting women ages 16 and older, “who have a passion for being on the water, and who want to join the team for a good workout.” She added that she realizes not everyone can make every practice, but the expectation is that everyone tries to make it as often as possible.

Interested paddlers are welcome to check out the sport by joining a practice. Guest paddles are scheduled monthly, but anyone can come at any time. Participants are encouraged to dress for the weather, and bring a life-jacket suitable for paddling. The Tiderunner team has extra lifejackets for guest paddlers to borrow if needed. Paddles are also available to borrow. Interested paddlers should contact Tiderunners Coach Char

vonAhlefeld at windweaver@comcast.net or 360-904-3899, and she will save new recruits a seat on the boat, where she will greet them with, of course: “Paddles up!”