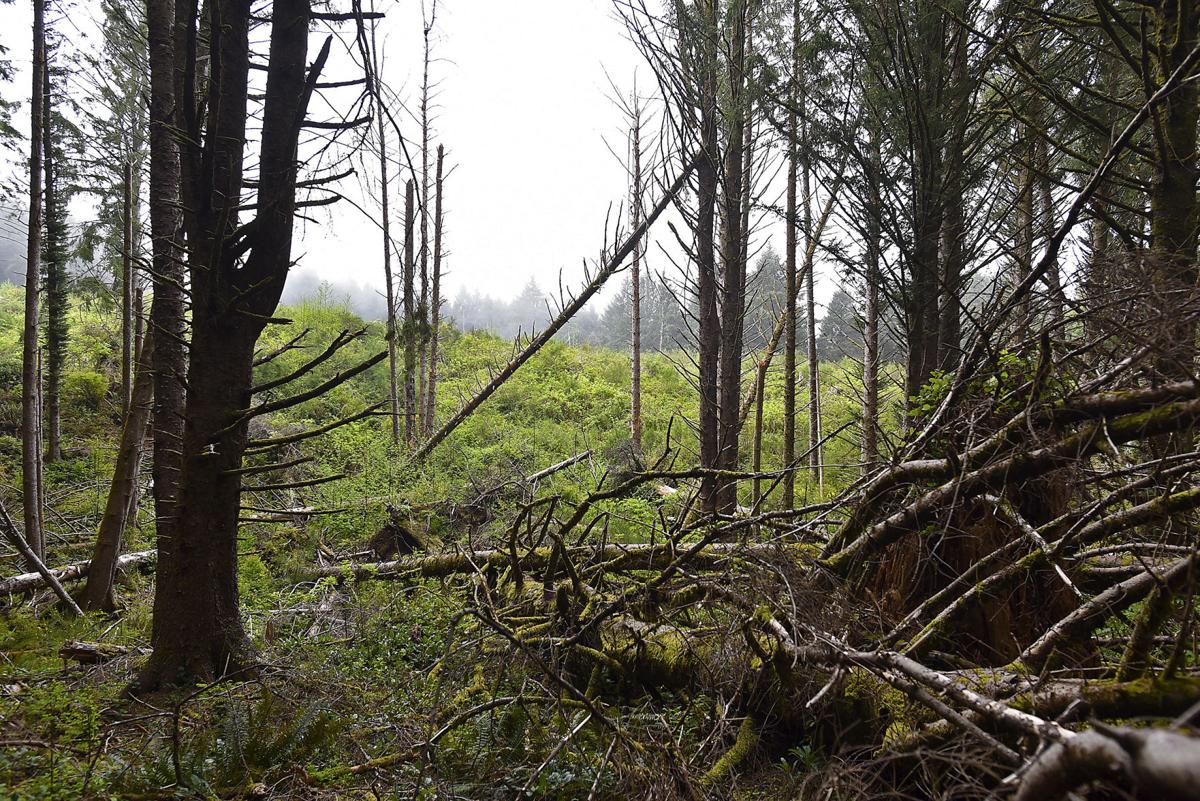 Cannon Beach had hoped to develop the South Wind property into an elementary school. The city is now considering a new City Hall and police station on the site. 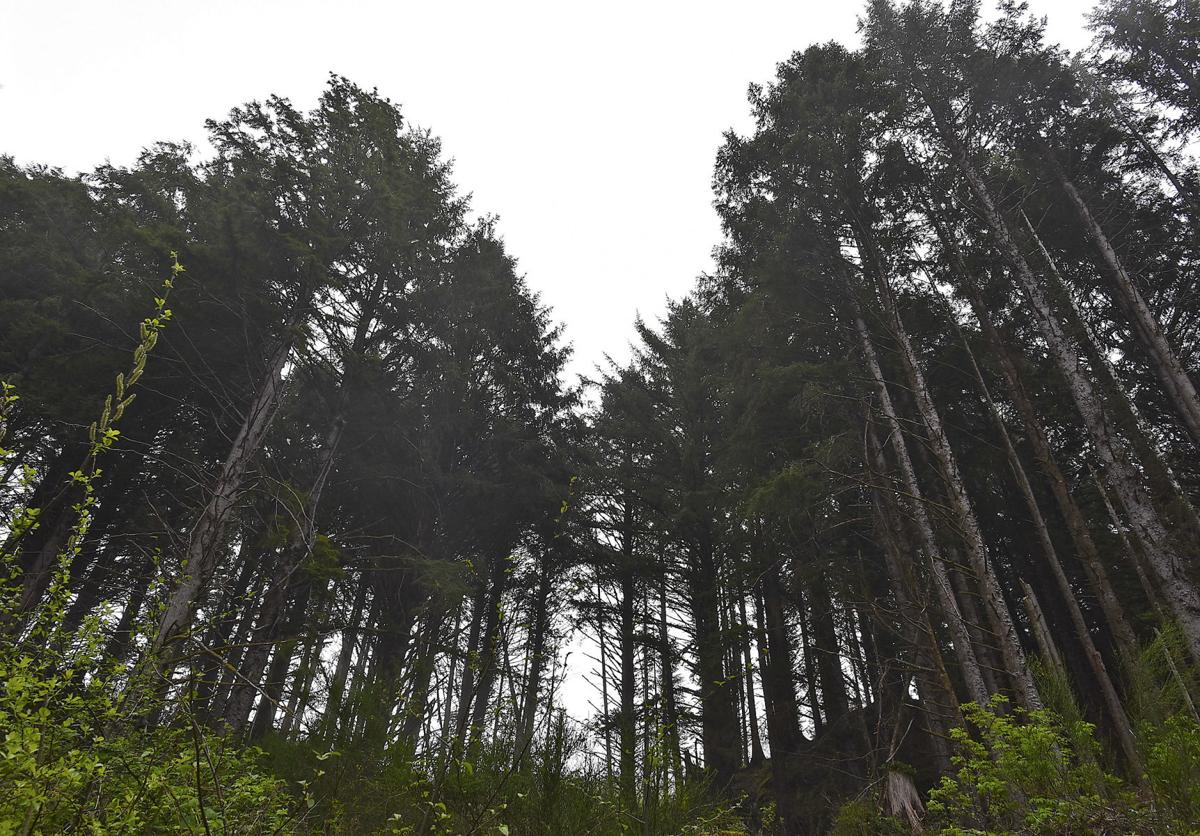 South Wind has been largely cleared of timber but is still surrounded by forested land. 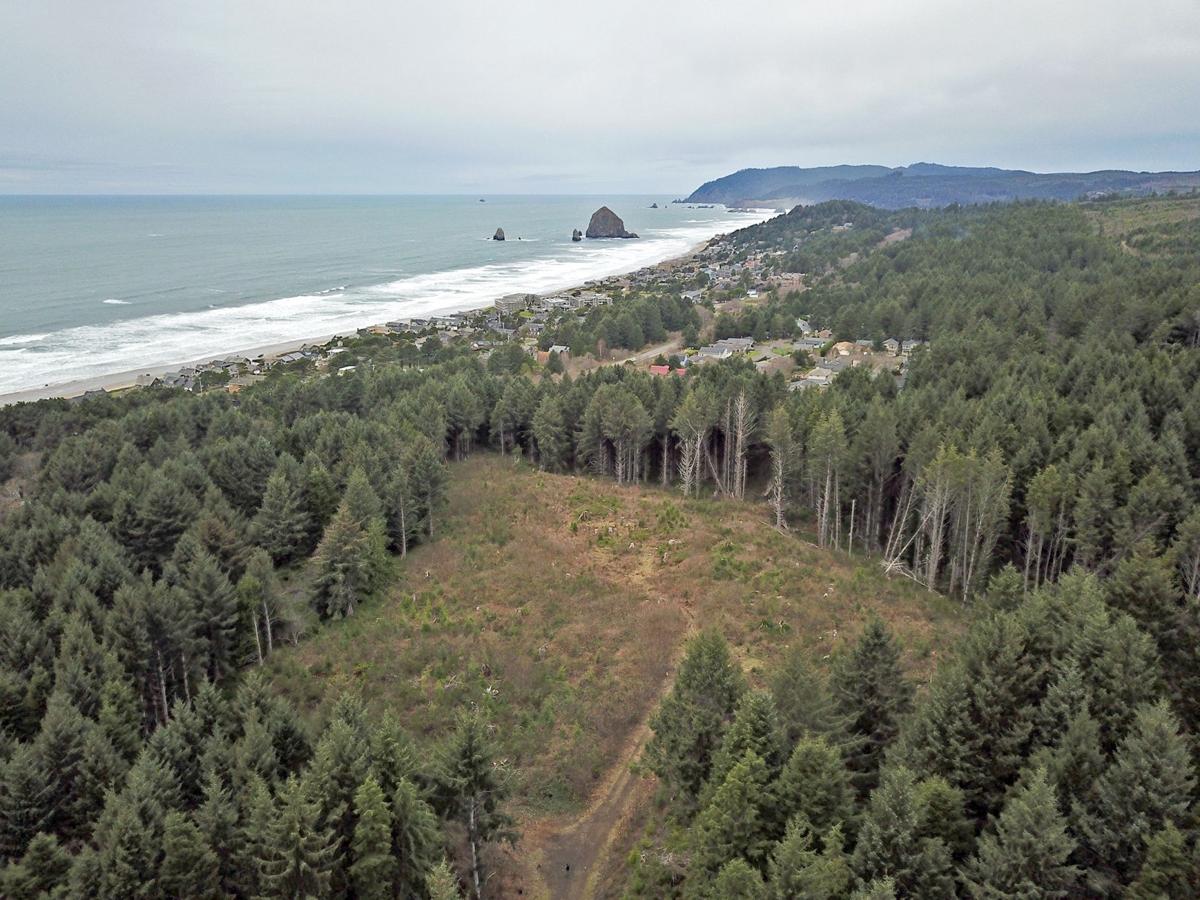 Cannon Beach had hoped to develop the South Wind property into an elementary school. The city is now considering a new City Hall and police station on the site.

South Wind has been largely cleared of timber but is still surrounded by forested land.

Geotechnical findings are raising new questions about developing South Wind, a 55-acre, city-owned property which for years has been considered the long-term solution to moving critical services out of tsunami danger.

SRG, a Portland-based architecture firm, submitted a report to the City Council last week detailing the benefits, downsides and costs of building a new City Hall and police station.

Across the board, the project is estimated to be more expensive than the city anticipated, ranging from $14.5 million to almost $28 million, depending on the location.

At South Wind, however, the estimates jump to between $27.2 million and $27.7 million, depending on whether the city chooses to build out utilities for the benefit of future projects. The high price tag is largely because of the significant work engineers believe will need to be done to offset landslide risks.

The full geotechnical analysis is still underway and won’t be completed until January, but preliminary findings suggest that addressing landslide risks could be more complicated and expensive than previously understood, adding “the potential of tens of millions of dollars” on top of the $27 million estimate, said Lisa Patterson, an SRG architect.

“It’s bad. We have to mitigate through it,” Patterson said.

The report is shedding new light on the financial and logistical realities of South Wind.

“I’m struggling with why we would still contemplate South Wind after seeing those kinds of numbers and hearing these kinds of risks, even though it gets us out of the extra-large tsunami range,” City Councilor Mike Benefield said. “Are you willing to spend $15 million more for an area that may be out of the tsunami range but may slide down the hill in the end? The geology there seems much worse than I ever envisioned.”

Conversations about replacing City Hall resurfaced earlier this year at the urging of City Manager Bruce St. Denis, who had concerns about how the existing building would fare in a tsunami or earthquake.

“It was never meant to be an emergency building,” St. Denis said.

The idea is for the city to have a more suitable emergency operations center, with the majority of the expansion going into making a more robust police station. But so far, most of the City Council is feeling considerable sticker shock and doubts voters would pass an expensive bond measure.

“I have my reservations about South Wind,” City Councilor Nancy McCarthy said. “Sounds like one hole digging into another hole, so to speak. It just seems like way too much money to be studying South Wind as a City Hall site.”

The new assessment made Benefield question what kind of development could be considered at South Wind. The Cannon Beach Academy, a charter school, opened last year, in part to fill the void left by the closing of the Cannon Beach Elementary School in 2013 over tsunami concerns. The city initially pursued South Wind as the site for an elementary school.

“I know (Mayor Sam Steidel’s) view is not just to build a City Hall and a police station, but I can’t imagine the charter school and their sponsors and supporters spending the money to build a school on a risky site,” he said.

City Councilor George Vetter, who has been the most supportive of building City Hall at South Wind, wants more information before making a decision.

“This is our first opportunity to do something there,” Vetter said. “Are (residents) going to vote for a City Hall that will be impacted by tsunami anyway?”

Part of the surprise came from the fact initial assessments done on South Wind showed it was “generally a good place to build,” with relatively little landslide risk in the area proposed for development, said Tom Horning, who did the geotechnical testing for the city in 2013 prior to the sale.

The nature of what Horning was asked to study, however, is different than doing geotechnical work for a specific site. The objective five years ago was to do a quick, surface-level evaluation of the property to see if it was generally developable and justified to purchase. Costs to do what is necessary to make development happen was not part of the original inquiry.

It is also possible a more in-depth analysis of deeper borings into the soil could reveal new insights not available at the time. Without seeing a completed geotechnical report, Horning can’t comment on what may differ from today’s analysis versus his five years ago. But it’s possible the three layers of woody debris geologists are interpreting as landslides could actually be entombed forests that were killed by suddenly deeper swamp waters from subsidence during great earthquakes.

“Those peat layers, in other words, are 80,000-year-old ghost forests,” said Horning, a geologist who serves on the Seaside City Council.

What the area was being analyzed for is also important, said Mark Morgans, of Greenwood Resources, who helped with the sale. The goal was property that would be considered safer relative to the former Cannon Beach Elementary School’s location on Spruce Street.

“Our intent was to sell a big enough footprint for an elementary school that would service Cannon Beach, and on that area at least 10 percent of it would be safe and geologically stable enough to build that facility,” Morgans said. “It’s much safer than where (the former school) is, but now we’re talking main city infrastructure. That’s a different level of risk and exposure.”

Patterson said part of what makes South Wind a complex and expensive location for a City Hall project is the fact police stations are required to be built to the highest possible seismic standards in the building code, requiring more emergency-proof infrastructure in comparison to a housing development or school.

But whatever is built, the risks are still present, she said.

“We would not require structurally (a school) to withstand the same intensity of an earthquake, but it still could not be built if the ground would be settling,” Patterson said. “So the deep foundation information we learned would apply to the (building of a) school.”

The City Council will hold several work sessions and public hearings through January and February on the topic. The city is now aiming for a November bond issue — instead of May — to allow more time for geotechnical work and deliberation.

Once a site is chosen, St. Denis said the price tag could be lower because design and engineering work will be narrowed to specifics rather than relying on “worst-case scenario” estimates.

“This is the first step in trying to make thoughts about what we’re doing,” Steidel said. “As far as I’m concerned we’re just getting information about whether this is worth making a decision over.”

The high price tag is largely because of the significant work engineers believe will need to be done to offset landslide risks.