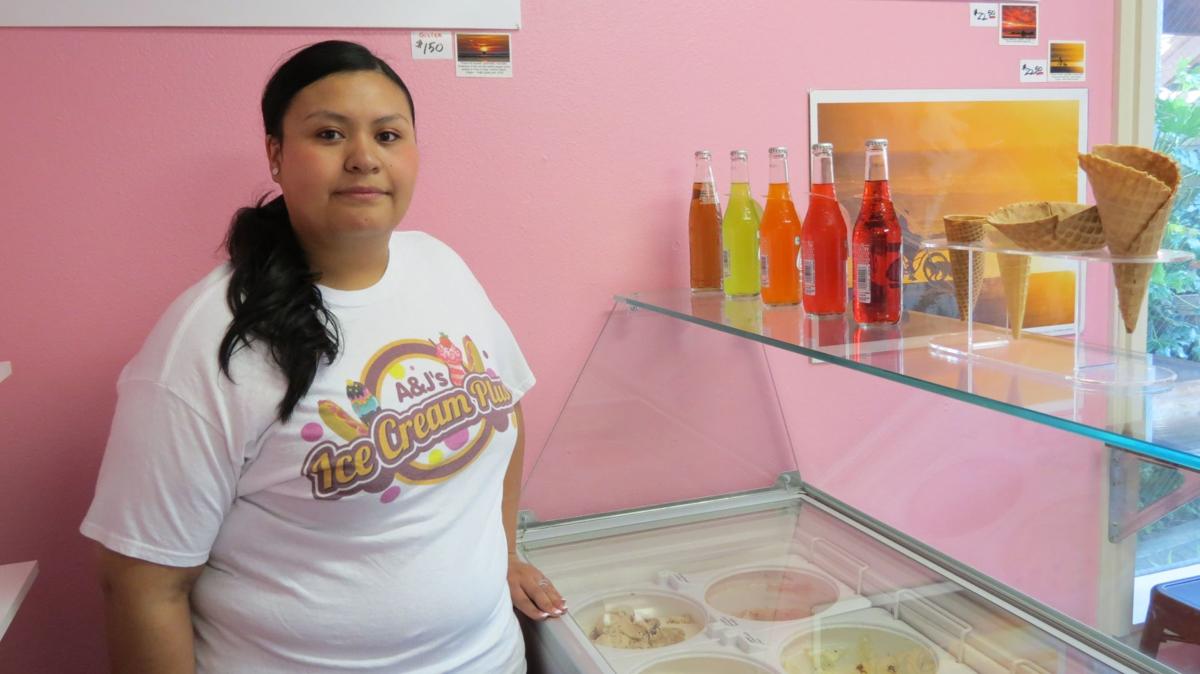 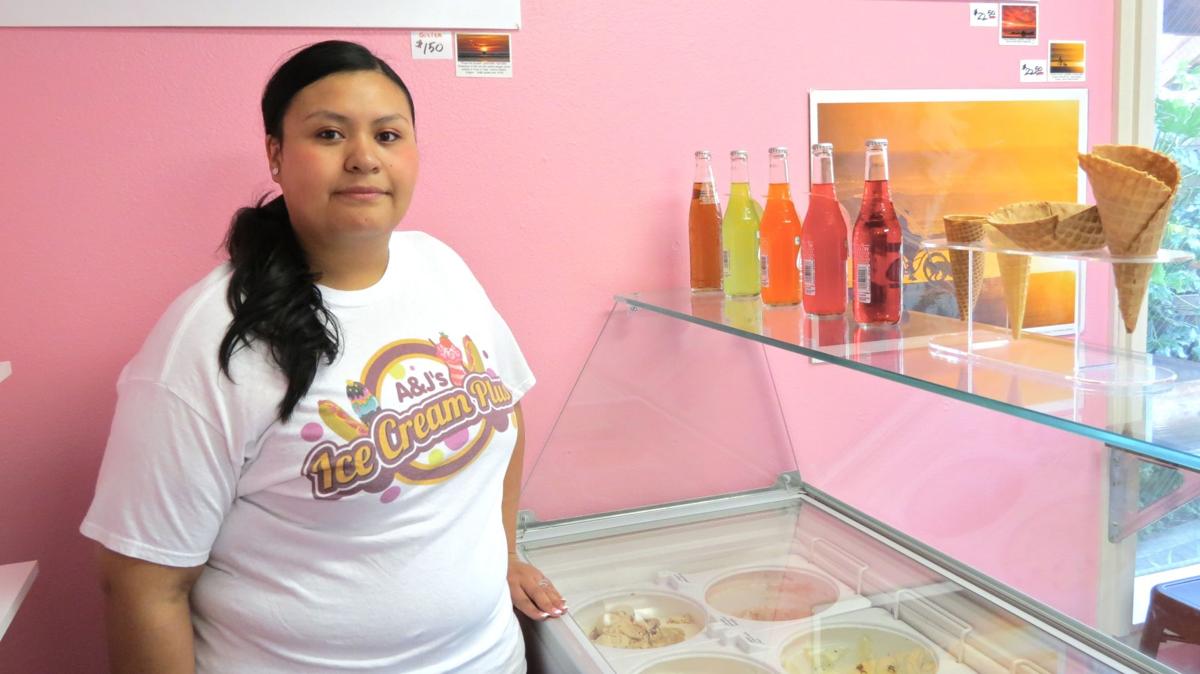 Pedraza has an associate’s degree in business management from Clatsop Community College and the business is self-financed. The couple have about $35,000 in the businesses. They had opened a business called Classy Beauty in the same location before opening the ice cream shop. The couple plan to keep things rolling 11 a.m. to 7 p.m. seven days a week. Starting in June the shop will be open ‘til 9 p.m.

“It’s a good way to start a deal, not to have any days when you’re closed,” Pedraza said. “Especially when we alternate with our schedules, so we’re able to do that.”

Pedraza works part time at Mo’s Restaurant as a cashier. The location, in the same complex as Pizza a’ Fetta and Bella Espresso, works out well, she said. Many people come through from parking on North Spruce and East Second. Plus she gets referrals from other shops in the area.

Cannon Beach has several ice cream shops to choose from. It’s something Pedraza has considered.

“I always believe there are plenty of people to go around for businesses to be able to do well,” she said. “We’re not really in competition with anyone but ourselves; we just want to be better for us.”

She’s lived in Cannon Beach for about 17 years, so when she decided to open a business she chose to stay close to home. “I did a lot of traveling in January, and there’s just never a place like home for me,” she said. “Even though I see a lot of beautiful locations, it’s just not the same for me.”

Pedraza worked at Escape Lodging for about seven years. She was looking for something new. She became a new mom six months ago, and wanted more control over scheduling work hours. “I’m not completely out of hotels,” she said. “I hope to be there some day. I would like to be in management. It just depends on how it works out with baby.”