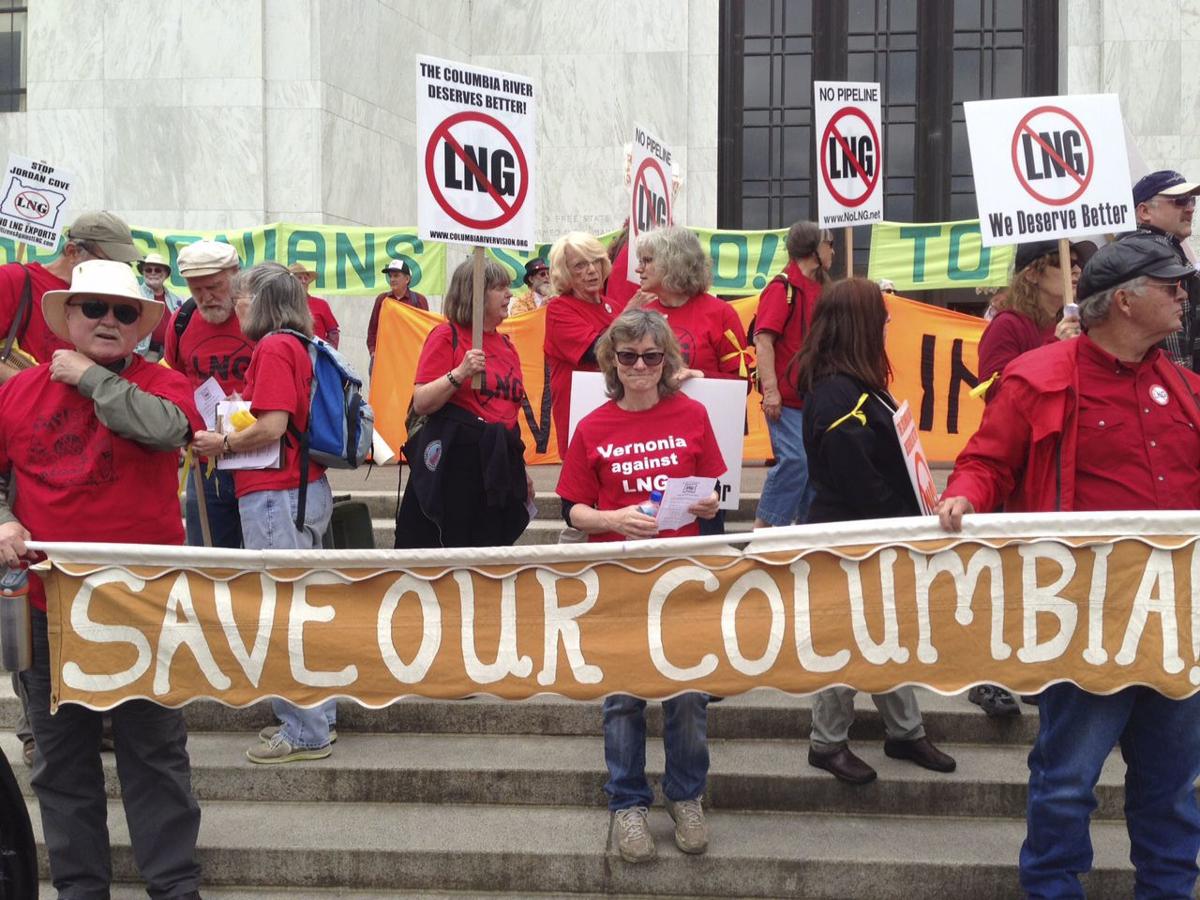 Hundreds gathered Tuesday at the Oregon Capitol to protest two proposed liquefied natural gas export terminals in Warrenton and Coos Bay. A local contingent was among the protesters. 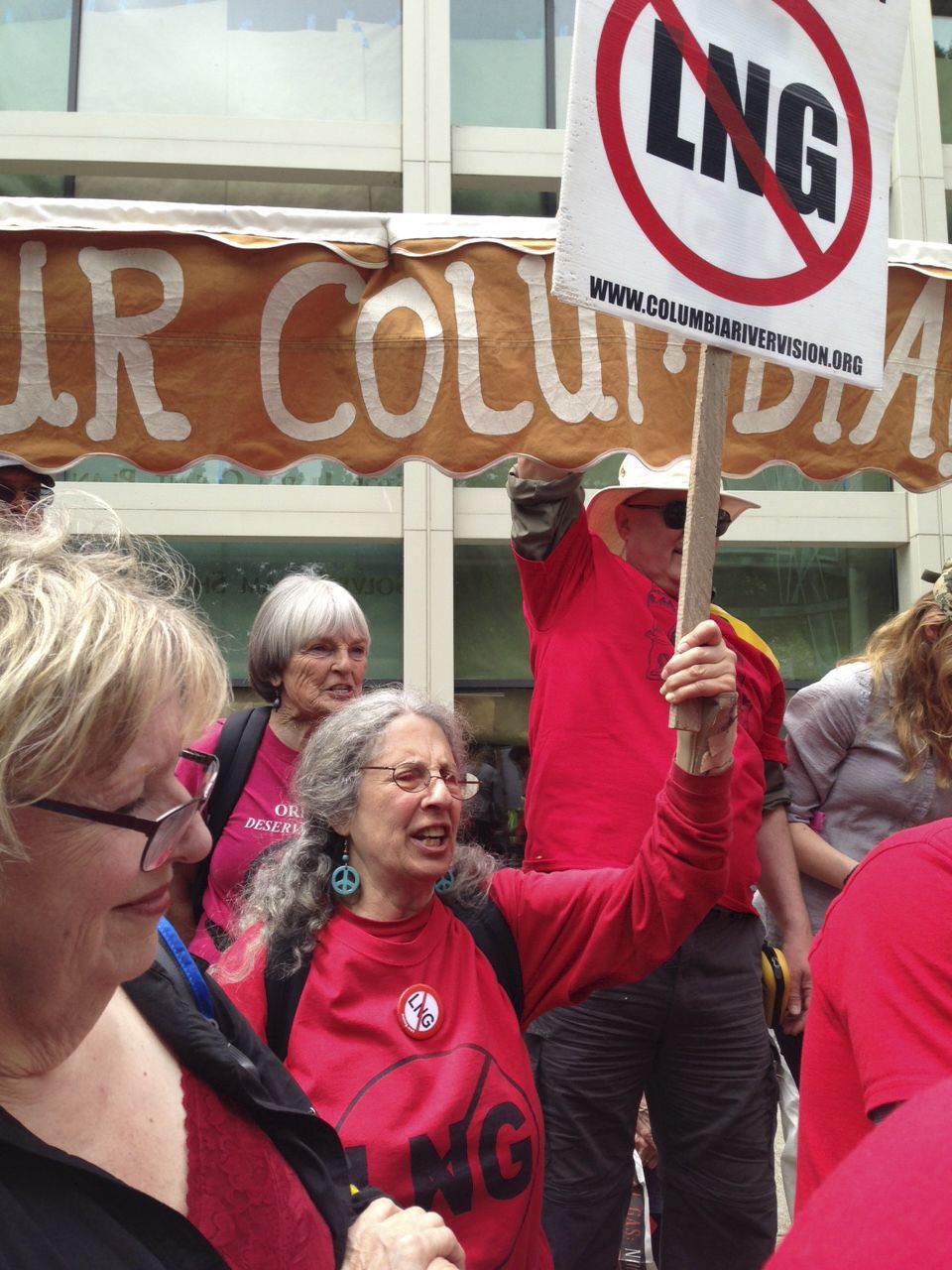 Astorian Carol Newman, center, and hundreds of others gathered at the Oregon Capitol Tuesday to protest two proposed LNG export terminals in Coos Bay and Warrenton.

Hundreds gathered Tuesday at the Oregon Capitol to protest two proposed liquefied natural gas export terminals in Warrenton and Coos Bay. A local contingent was among the protesters.

Astorian Carol Newman, center, and hundreds of others gathered at the Oregon Capitol Tuesday to protest two proposed LNG export terminals in Coos Bay and Warrenton.

“This is an assault not just on the environment, but an assault on democracy,” speaker Robert F. Kennedy Jr. told the crowd. “It just is a bad deal all around.”

Kennedy is president of the Waterkeeper Alliance, a national coalition of local groups advocating for clean water.

American company Oregon LNG is trying to build an LNG terminal in Warrenton, on the North Coast near where the Columbia River enters the Pacific. A new pipeline would connect the terminal with one in Woodland, Wash.

Opponents say that 157 miles of the Coos Bay pipeline would cross private property, affecting about 700 landowners whose property could be taken by eminent domain.

It also would cross 400 bodies of water, many containing threatened or endangered species.

And the Jordan Cove facility would become the state’s largest source of carbon pollution after the Boardman coal plant shuts down in 2020, he said. The hydraulic fracturing, or “fracking,” used to extract the gas also raises environmental concerns.

“Leave the natural gas in the ground so that we and the planet can survive,” former Secretary of State Bill Bradbury told the crowd to cheers.

The debate comes just as the Oregon Legislature is debating the state’s role in preventing climate change.

Today, the House Rules Committee will vote on HB 3470, which would phase in statewide carbon dioxide emissions limits and allow the Environmental Quality Commission to set a price on carbon.

David Dunham attended the rally with his friend Christopher Mathas, who wore a giant likeness of Sen. Ron Wyden, D-Ore., who has supported the Jordan Cove project.

Both Eagle Creek residents own property that the Warrenton pipeline would run through, Dunham said.

Participants marched from the Capitol to the Oregon Department of State Lands, which has legal authority to block LNG terminals and pipelines.

They are asking state agencies to use their authority to deny permits for the terminals, and for the governor to challenge likely federal approval for the facilities.

The rally was organized by the No LNG Exports Coalition. Members include the Sierra Club, Center for Biologic Diversity, Columbia Riverkeeper, Northwest Environmental Defense Center and more.