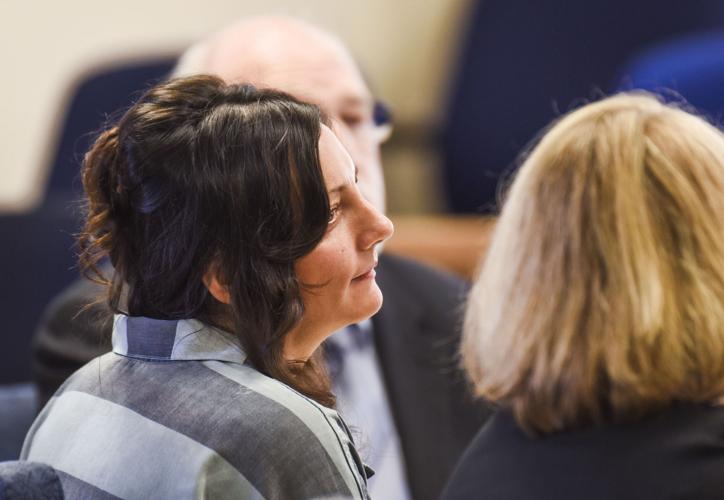 Jessica Smith appears in court for a hearing at Clatsop County Circuit Court in Astoria. 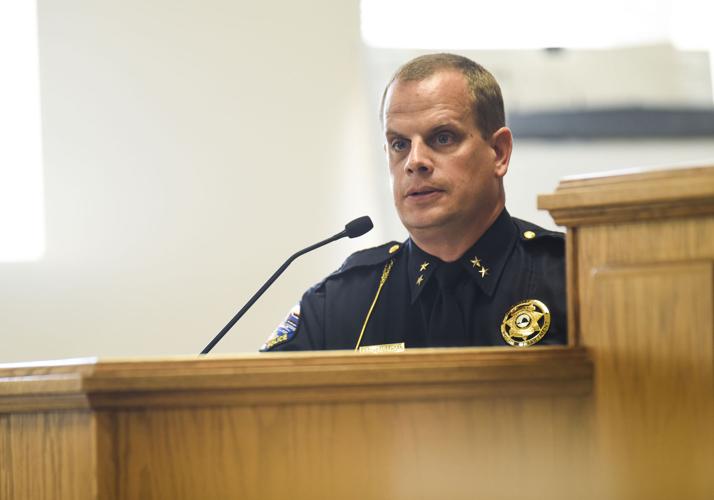 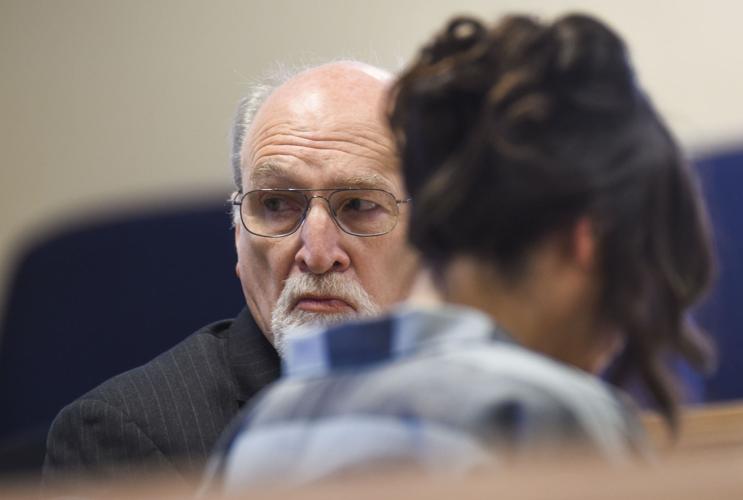 Jessica Smith's attorney William Falls appears with her in court for a hearing at Clatsop County Circuit Court.

Jessica Smith appears in court for a hearing at Clatsop County Circuit Court in Astoria.

Jessica Smith's attorney William Falls appears with her in court for a hearing at Clatsop County Circuit Court.

The morning after Jessica Smith allegedly murdered her infant and slashed her teenager in a Cannon Beach resort, she abandoned her hotel room and left a note saying she was “opting out of life.”

She had reportedly drugged and drowned her 2-year-old, Isabella Smith, and attempted to kill 13-year-old Alana Smith on July 31, 2014.

Housekeeping staff could hear Alana slipping and falling in the hotel room, and called 911 to report a disoriented female.

Cannon Beach Police Chief Jason Schermerhorn and Cannon Beach Assistant Fire Chief Frank Swedenborg were the first to respond. They stood by as a maintenance director used a bolt cutter to enter the room. Alana was bleeding profusely from cuts on her neck.

Jessica Smith’s defense lawyers, William Falls and Lynne Morgan, argued in court that the officers violated Alana Smith’s privacy by entering the room without a warrant.

As a result, the defense lawyers claim, all the evidence collected after entering the room is tainted and cannot be used at trial next year.

Marquis said the responding officers had no idea it was a crime scene until they entered the room. They were simply responding to a disoriented female, he said, and did not need a search warrant.

The lawyer’s debate was part of a pretrial hearing in Clatsop County Circuit Court Wednesday, July 6, to determine what evidence can be used in trial.

Alana Smith told investigators that her mother allegedly assisted her with cutting her own throat and drowned her 2-year-old sister because the children did not want to live with their father, according to court documents. Alana Smith, now 15, is now living with her father in Washington.

Jessica and Gregory Smith separated in April 2014. The girls’ father sought a custody evaluation less than two weeks before they were discovered in the hotel room.

Mackenzie Walgren, the housekeeper who called 911, testified Wednesday about her concern when she saw a woman, later identified as Alana Smith, lying on the floor and unable to give a verbal response.

At first, Walgren said, she used a master key card to service the room. Alana Smith told her to go away and eventually deadbolted the door. After moving on to another room, the housekeeper heard the teenager fall to the ground and not respond.

Schermerhorn, the first to enter the hotel room, testified he saw the two girls laying on the bed. Isabella Smith appeared lifeless and posed, and Alana Smith was seriously injured.

Before the officers entered the room, Alana Smith was asked if she called 911 or needed any help.

She softly said, “no,” but the officers did not know what she was saying no to.

“We have always just gone in and assessed the situation,” Assistant Fire Chief Swedenborg testified.

A few days after abandoning the hotel room, a U.S. Coast Guard MH-60 helicopter spotted Jessica Smith near her gold 2007 Chevrolet Suburban on a heavily forested logging road, just off of U.S. Highway 26, about 15 miles east of Cannon Beach.

Video from the helicopter was played in court Wednesday, showing Smith appearing unharmed and in good shape. She is seen standing by her car, walking down a logging road and gesturing toward the helicopter. The helicopter crew sent her down a note that told her to stay by her car and that it was not a safe place for them to land.

A Clatsop County Sheriff’s Office SUV drove up a logging road, and officers in the vehicle arrested her.

Another claim from Smith’s defense lawyers is that she was illegally interrogated by law enforcement after her arrest.

The state also plans to present video and audio recordings of Smith’s statements in court Thursday to dispute the defense lawyers’ claims.

The prerial hearing is scheduled through Friday. The trial is set for July 2017.

Are you happy with the results of the May 17 Primary Election?