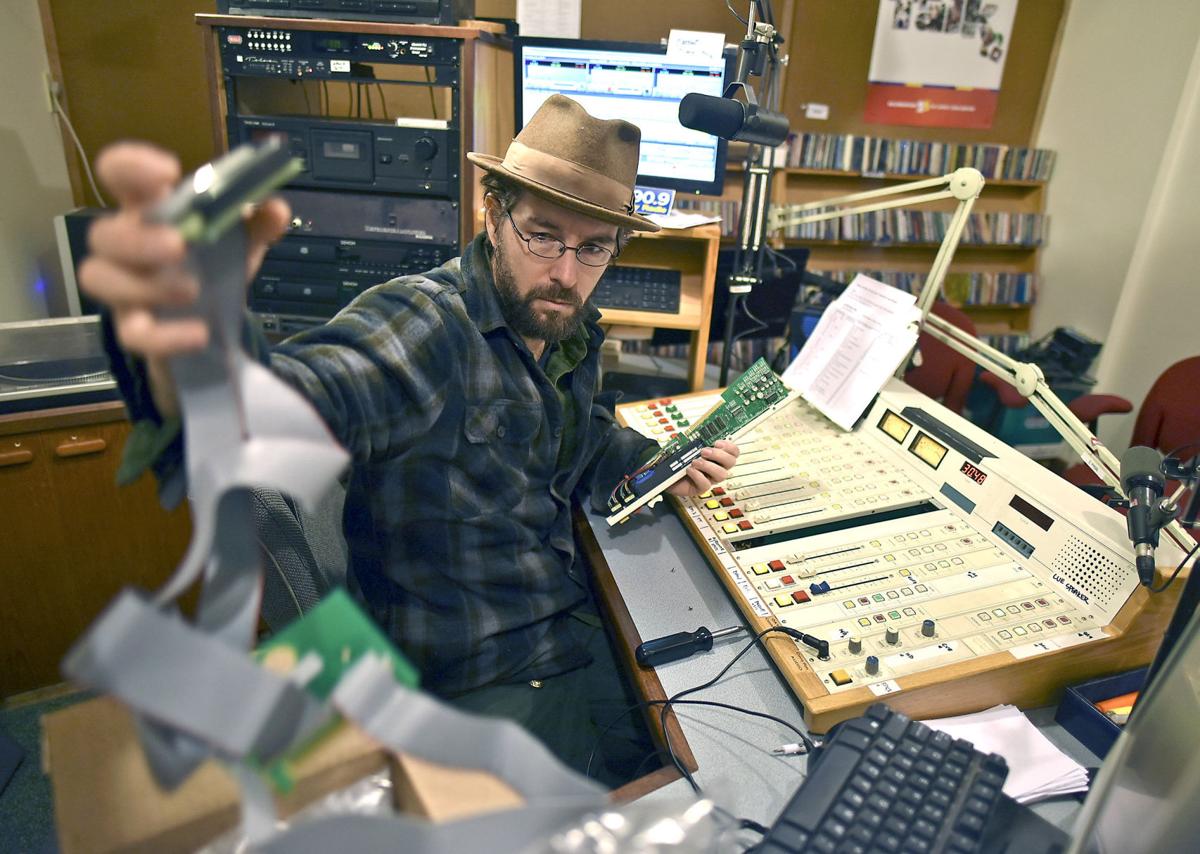 Graham Nystrom makes some adjustments to equipment in one of the studios at Coast Community Radio in Astoria. He is getting ready to assume new duties as general manager. 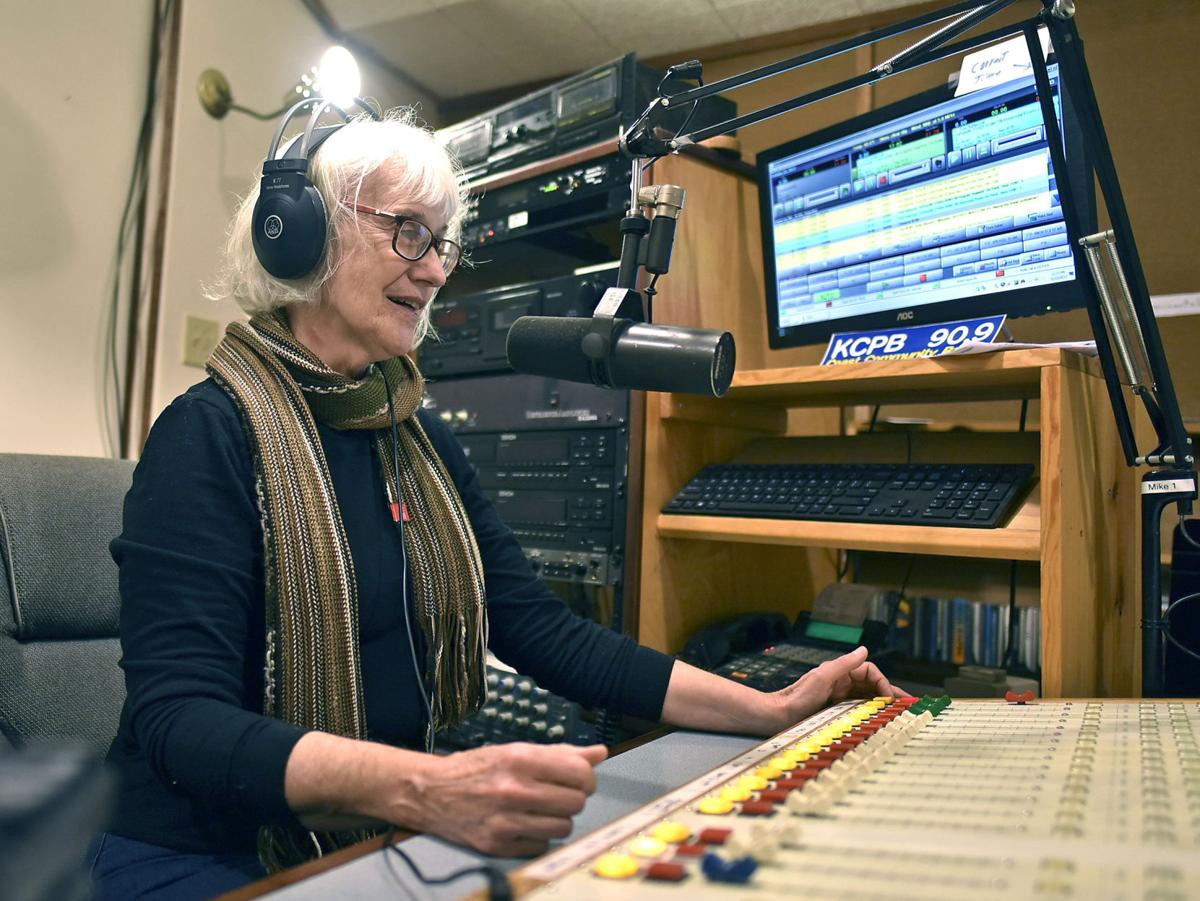 Joanne Rideout works the airwaves at Coast Community Radio in Astoria. She will become the news director at the radio station beginning in November. 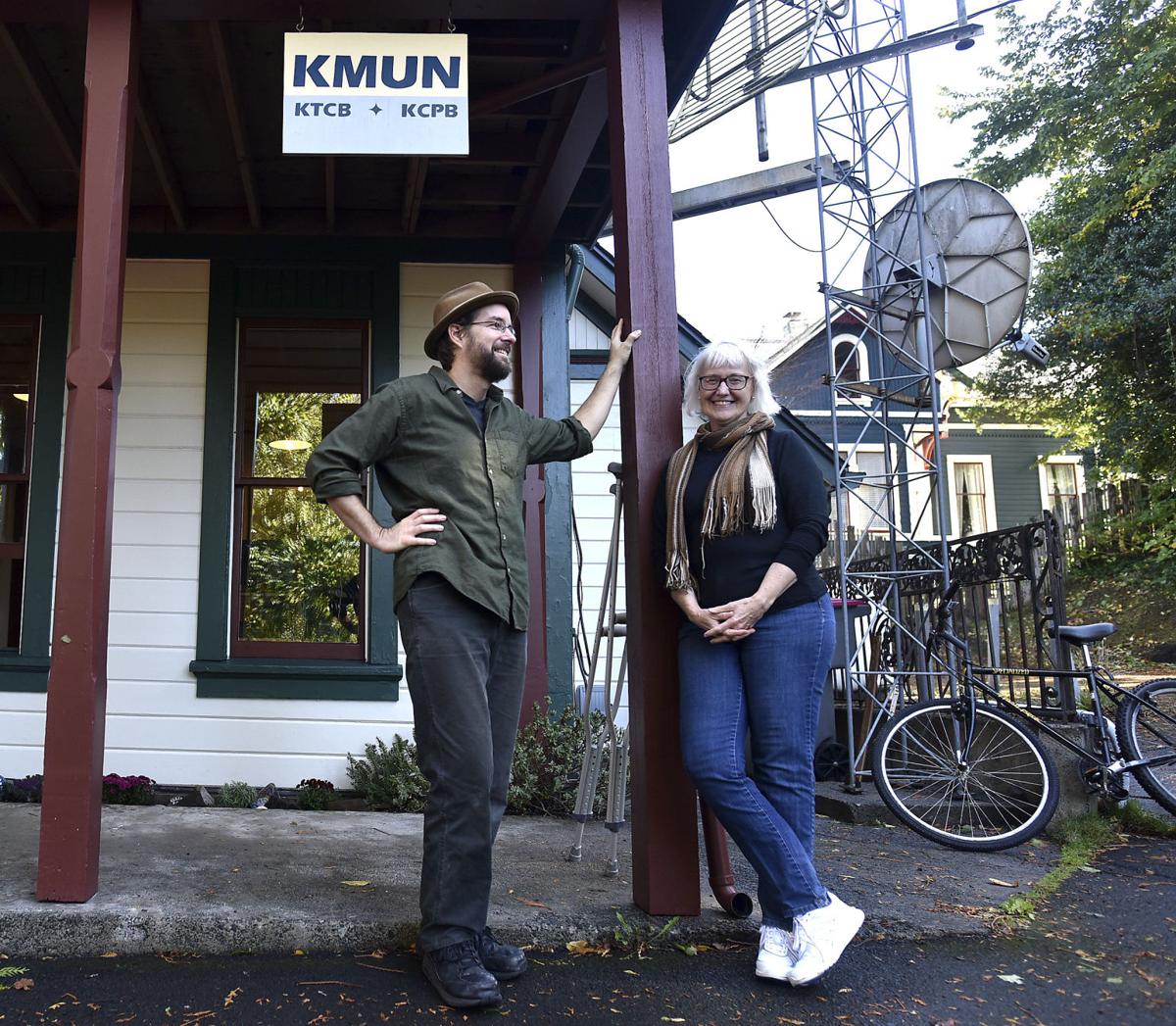 Graham Nystrom, left, and Joanne Rideout outside the Coast Community Radio station in Astoria. They will assume new roles at the station beginning in November.

Graham Nystrom makes some adjustments to equipment in one of the studios at Coast Community Radio in Astoria. He is getting ready to assume new duties as general manager.

Joanne Rideout works the airwaves at Coast Community Radio in Astoria. She will become the news director at the radio station beginning in November.

Graham Nystrom, left, and Joanne Rideout outside the Coast Community Radio station in Astoria. They will assume new roles at the station beginning in November.

Coast Community Radio General Manager Joanne Rideout is leaving her position, but listeners will begin to notice her deeper influence on news content.

Seven years after taking over the organization and steering it out of choppy financial waters, Rideout will become the news director, a part-time position, beginning in November.

Operations Manager Graham Nystrom, a veteran technician who has been with the station for 2 1/2 years, will take her place. Kate Brewster, the former news director, resigned over the summer because of family issues.

“This is a big change for us,” Rideout said. “I’m kind of worn out, but I still really enjoy being part of the station.”

Change is not an uncommon word tossed around these days at community radio stations, which are experiencing multiple transitions and even funding threats. Despite a consultant’s recent warning that it may not survive another decade, those who work and volunteer at the 34-year-old station are defiant.

“We all went, ‘Well, no way. We’re not going to let that happen,’” Rideout said.

The station was plagued by murky finance reports, a revenue shortfall and a lack of members when Rideout — who has been with the station as a staffer or volunteer for 15 years — took over. Since then, the station has been able to present more financial reports of its nearly $500,000 budget to its board. Staff wages have risen, and the station pays more for NPR programming.

“We don’t have to figure out whether to buy milk or eggs. We can buy milk and eggs,” Rideout said.

Rideout hired staffers such as Development Director Susan Peterson, who was tasked with boosting the station’s marketing presence. Overall, she has created a more stable and harmonious staff, Nystrom said.

“The cultural of personal interaction is probably one of your biggest achievements,” Nystrom told Rideout as they sat for an interview recently at the headquarters — Astoria’s Tillicum House on 14th Street. “It’s a happy family here, and I don’t think it was before.”

Now, Rideout, 64, will return to her true passion. In her journalism career, she has been a Coast River Business Journal reporter, a freelancer and reporter at the station. She has also filled the void left by Brewster’s departure.

“The more I did that, the more I realize that this was where my heart was at this point,” she said.

Rideout hopes the station will be able to report more original stories as she transitions into her new role.

Meanwhile, the promotion of Nystrom, 39, represents an attempt by the station to attract younger listeners and members. Rideout also recalled her own hiring process, which took nearly a year before she was promoted from within the organization.

“What I really wanted was someone who understands KMUN and Coast Community Radio, somebody who has the heart for it and the wisdom to run it,” she said. “It needs to embrace a new generation of listeners.”

Rideout approached Nystrom to gauge his interest in potentially assuming her position someday. His 14-year career as a technician includes experience as a live sound and recording engineer for bands and venues, along with stints at Live Wire Radio and Oregon Public Broadcasting.

The hiring of a new operations manager who also specializes in technology, Brian Bovenizer, could allow the station to more rapidly update its equipment — including its emergency generator and workstations in production studios.

“There’s, kind of, always a certain amount of gear that’s getting long in the tooth, because there’s a lot of gear involved,” Nystrom said. “I think there are just a lot of complementary skill sets that are all coming together and, sort of, reinvigorating the ship.”

While programming and content will remain largely the same, Nystrom hopes to ease listeners’ access to content through a streaming service and podcasts. He also hopes to expand the organization’s internship program, currently centered on music, to include opportunities in journalism and technology.

“There’s going to be an effort to expand the mediums through which we access our listeners,” Nystrom said. “There are no big, sweeping changes planned. It’s more a matter of, just, being as responsive as possible to what our members’ feedback is.”

One issue Nystrom may have to grapple with is a potential loss of federal funding. President Donald Trump’s proposed budget earlier this year called for cuts that would eliminate more than 20 percent of the station’s budget.

While the station staffers expressed concern at the time, they now are cautiously optimistic.

“At the moment, apparently, there are even people of the conservative mindset who believe in public media and don’t want to get rid of it,” Rideout said. “There isn’t a whole lot of political will to get rid of public media right now.”

Nystrom noted, though, that the station is not completely sheltered from an “unpredictable political environment.” Should the station lose the money, it would need to increase revenue from underwriting, membership and grants.

Janet Fryberger, the station’s new membership specialist and volunteer coordinator, will play a role on some of those fronts.

If its situation becomes dire enough, the station may need to cut NPR programming.

“Nobody feels like we can really lose any of it,” Nystrom said. “It’s generally acknowledged that a big part of public and community radio stations is the emergency alert system.”

Like other managers throughout the station’s history, Nystrom will attempt to grow the station and handle issues both old and new.

“It’s a stewardship thing. This station doesn’t really belong to any of us. It belongs to all of us,” Rideout said. “I sort of saw my role as almost like the steward of a park. It’s a community resource and I had my turn. This was my turn, and now it’s Graham’s turn.”