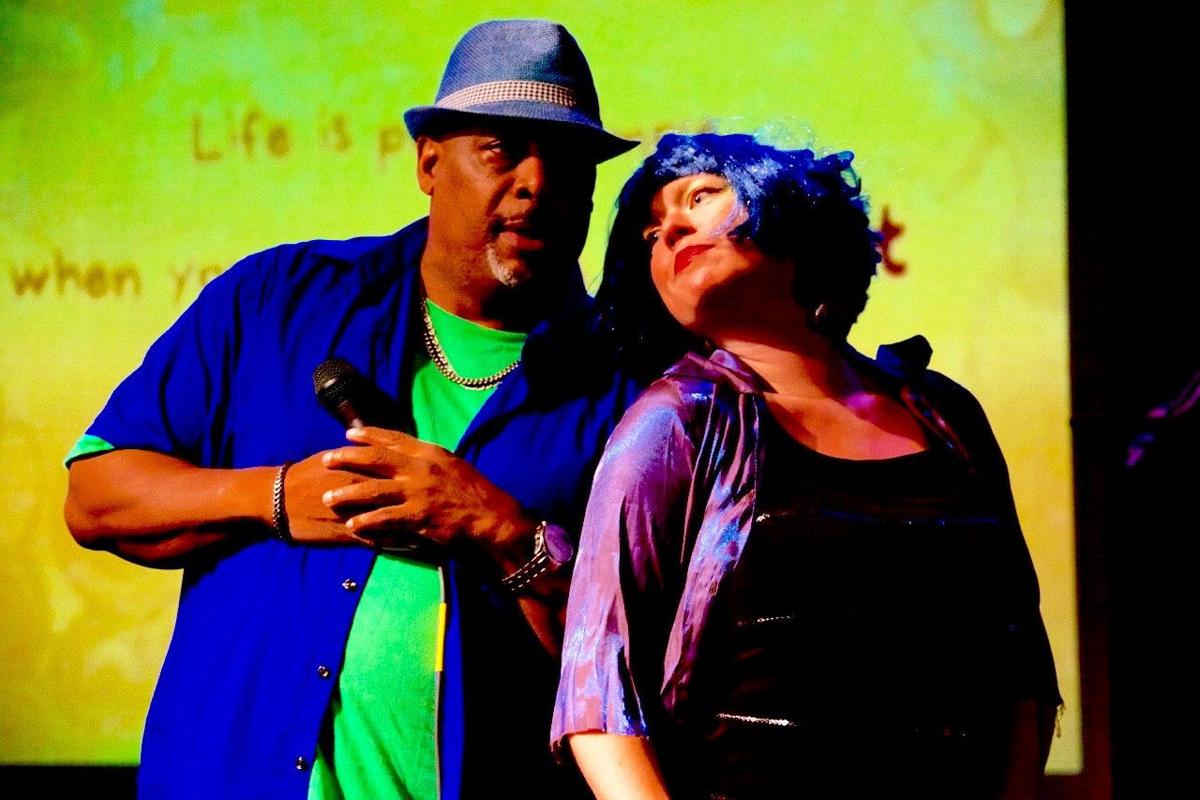 Seaside High School alumna Heather Christie sings Frogtown's “Middle of the Road” with Oregon Hall of Fame's Andy Stokes. Christie will be performing with the Frogtown cast at the Tillamook Head Gathering fundraiser to benefit the arts at Seaside High School. 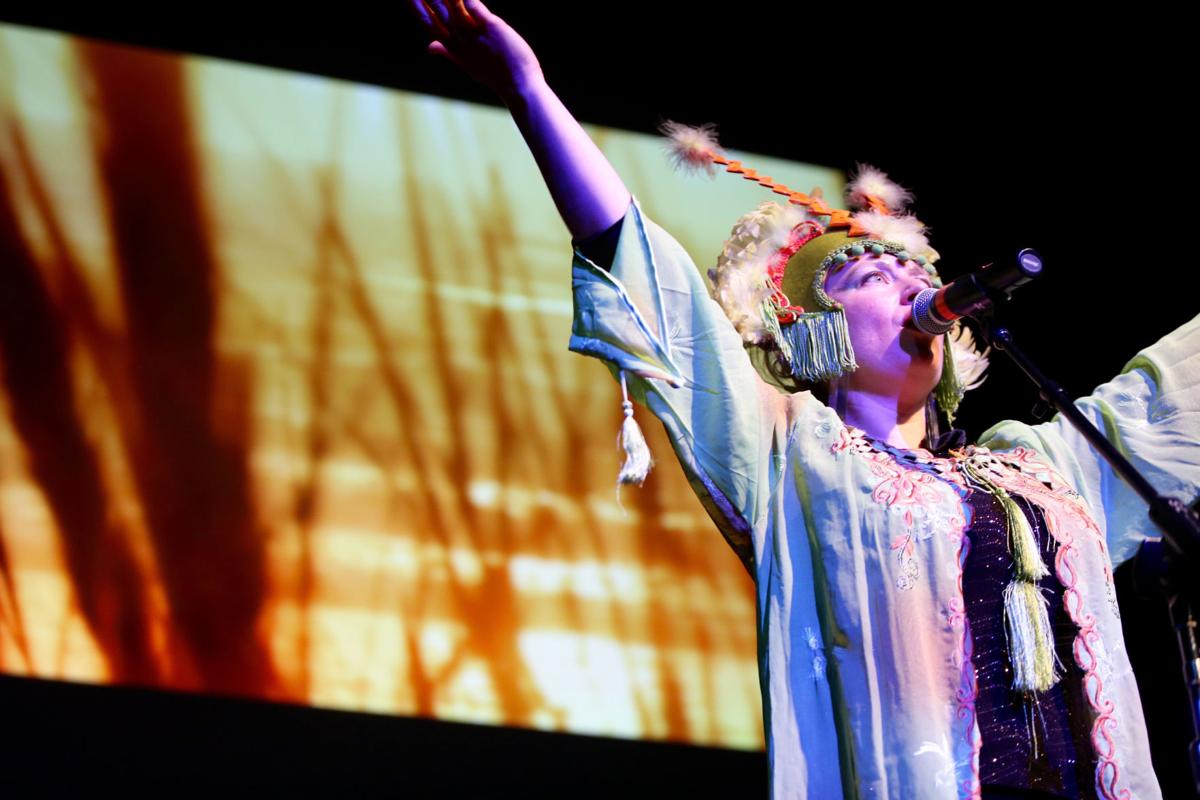 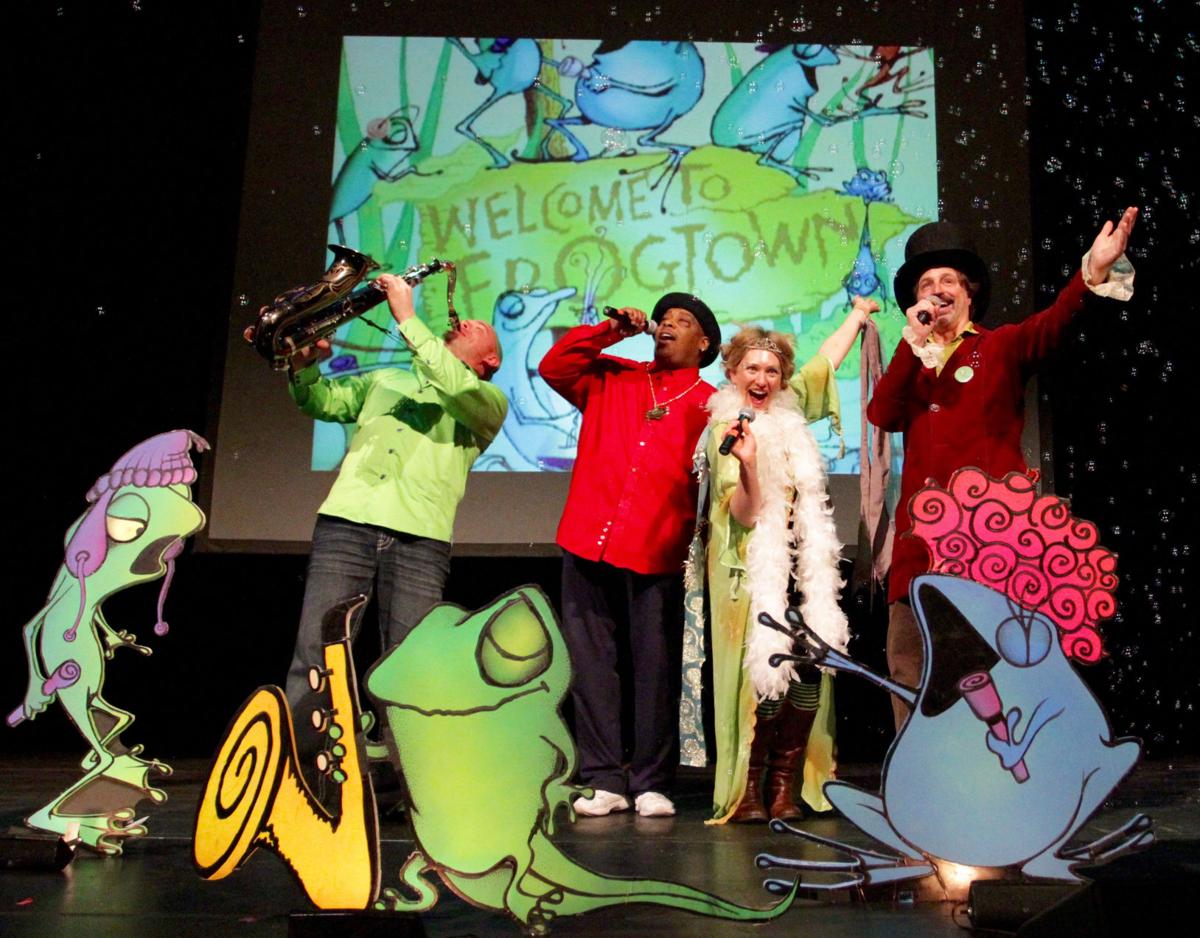 Frogtown will premiere a new production at the Tillamook Head Gathering at the Seaside Convention Center on Saturday, Jan. 30. The gathering is a fundraiser to benefit the arts at Seaside High School.

Seaside High School alumna Heather Christie sings Frogtown's “Middle of the Road” with Oregon Hall of Fame's Andy Stokes. Christie will be performing with the Frogtown cast at the Tillamook Head Gathering fundraiser to benefit the arts at Seaside High School.

Frogtown will premiere a new production at the Tillamook Head Gathering at the Seaside Convention Center on Saturday, Jan. 30. The gathering is a fundraiser to benefit the arts at Seaside High School.

The commonality of art, music and poetry is one of the messages students will receive when they participate in the Tillamook Head Gathering in Seaside this month.

The gathering “is really an effort to keep art endeavors alive,” English teacher Mark Mizell said. “I really think we’re shorting the kids if we don’t expose them to the arts.”

The fundraiser returns Jan. 30 at the Seaside Civic and Convention Center for a second year with a special multimedia production by Frogtown, a socially conscious entertainment troupe that features Astoria native and 1993 Seaside High graduate Heather Christie, and other performers from the Pacific Northwest.

When Mizell started teaching at the high school, funds were available for field trips and activities to support extracurriculars, but “those funds have really gotten scarce,” he said.

That is unfortunate, since “there is a very thin line — if there is a line at all,” between the arts, creativity and spiritual matters, he added.

The Tillamook Head Gathering is put on by a committee of current and former students and teachers.

The highlight of the event will be a multimedia stage show, Frogtown, based on Emmy-award-winning author and composer Philip Pelletier’s musical storybook “One Night in Frogtown,” published in 2008.

Music as an outlet

Christie, who helps produce the show, also does individual work as a performer. She comes from a musical family; her grandparents, father, aunt and uncles all did performing arts of some sort. Her aunt, Retta Christie, spearheaded the western swing group Retta and the Smart Fellas.

Heather Christie’s early memories include watching her dad’s rock shows under her mother’s poncho. At a young age, she started singing bluegrass, country and western and gospel songs. Using her mother’s 1940s Martin guitar, she taught herself how to play the instrument.

An affinity and talent for music was a natural part of her life, not something she had to consciously strive for.

“I think it was just something I was born with,” she said. “It was just happening and it was what was driving me.”

Her style is influenced by the sounds of the ’60s and ’70s — Joni Mitchell, the Eagles, Grateful Dead, Rickie Lee Jones and Bonnie Raitt. She has written and produced three albums and toured with her own material.

About eight years ago, she got connected with Pelletier and Frogtown and started producing, collaborating and singing with the group.

“It actually helped me grow a lot as an independent artist to have all these new experiences and take it to another level,” she said.

The group is focused on a new release, called “Bedtime for Tadpools,” a multimedia experience with a lullaby ambiance that follows the water cycle, as well as a CD featuring dance music, called “Let’s Move!” Some of the new material will be premiered at the group’s Tillamook Head Gathering performance.

Christie said she is excited and honored to partake in the fundraiser for her alma mater. Giving students access to arts education is “essential for survival and sanity,” she said. High school is a time when “you’re growing and learning and having strange feelings and emotions, and you take things really intensely,” she said. Art “helps us transform those emotions into something beautiful and positive,” she added. Seeing the way children — and people of all ages — react and respond to Frogtown. Christie knows the importance of musical exposure.

“It’s a really magical experience and with such positive messages,” she said of Frogtown. “It’s very intergenerational, and brings everyone together, from the grandkids to the grandparents.”

The fundraiser will include a silent auction, featuring art donated by local artists. From 6:30 to 7 p.m., people can browse the silent auction items. High school senior Claire Ogilvie will coordinate the auction, among other tasks, as part of her Pacifica Project.

The high school’s jazz choir and jazz band will perform, followed by the Frogtown production.

Tickets cost $10 in advance and $15 at the door. They are available at Beach Books, Seaside Coffee House and the business office at Seaside High School.