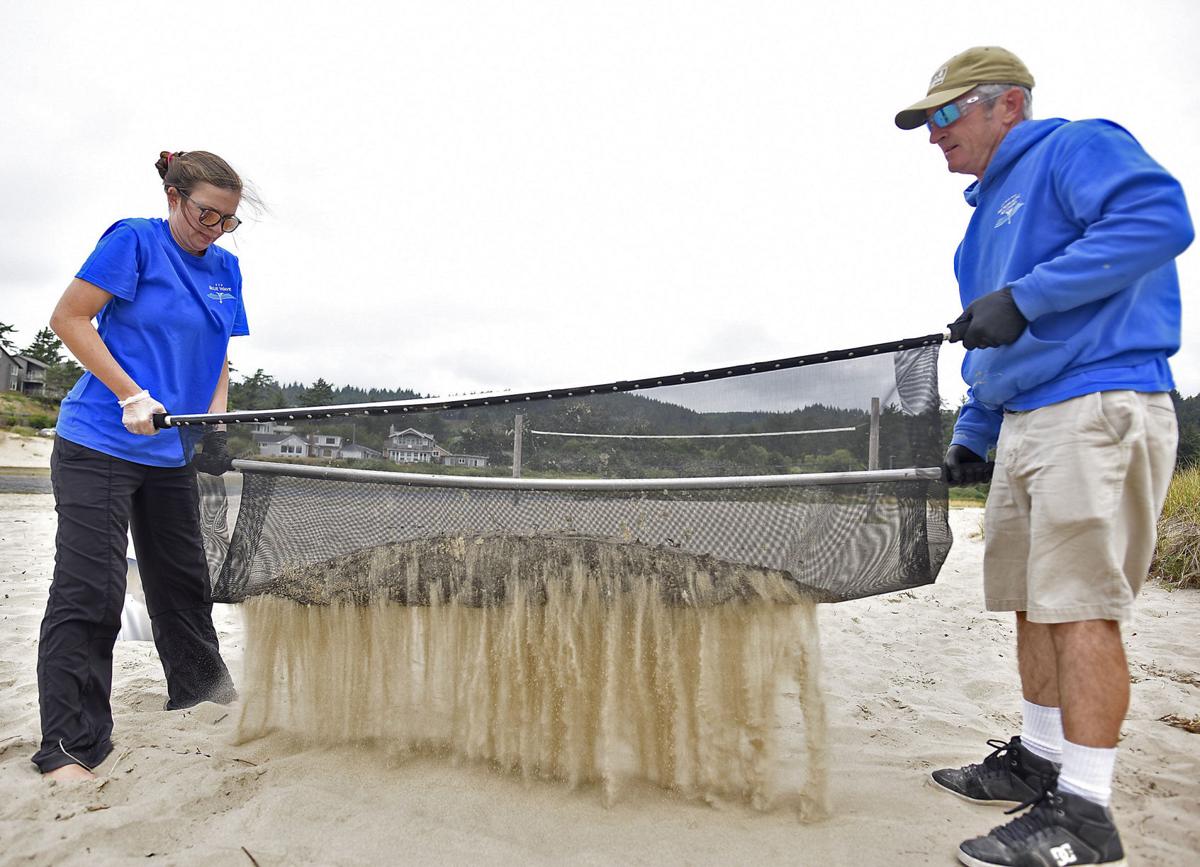 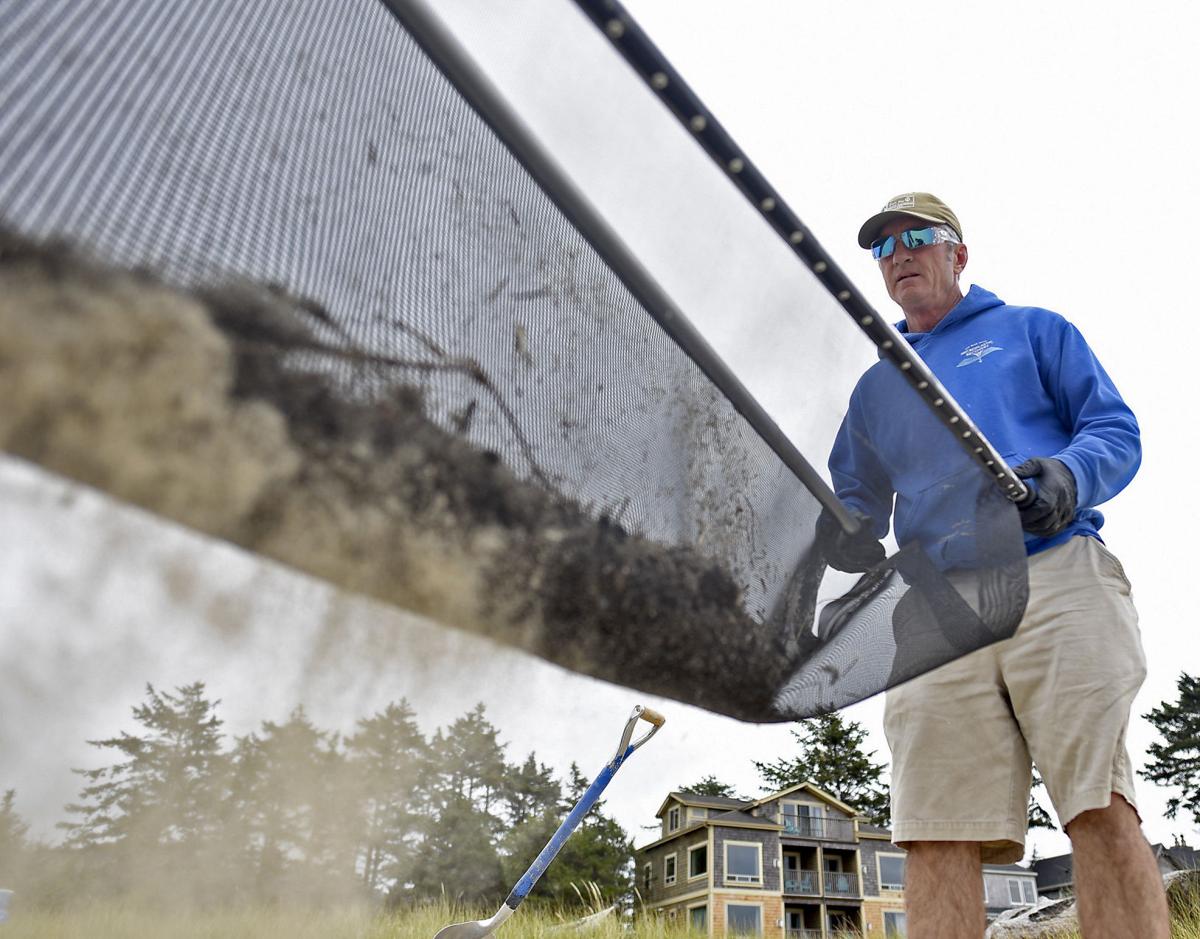 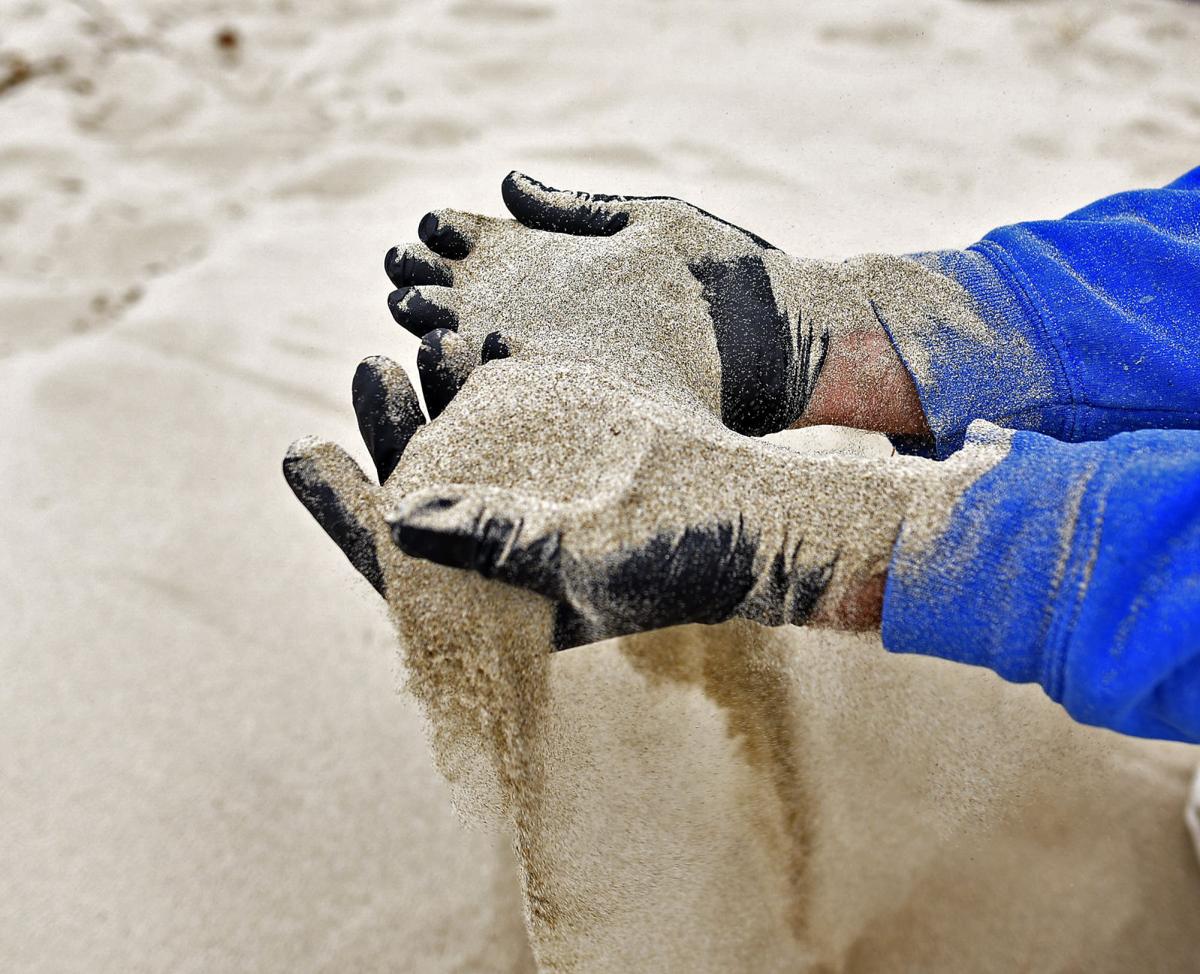 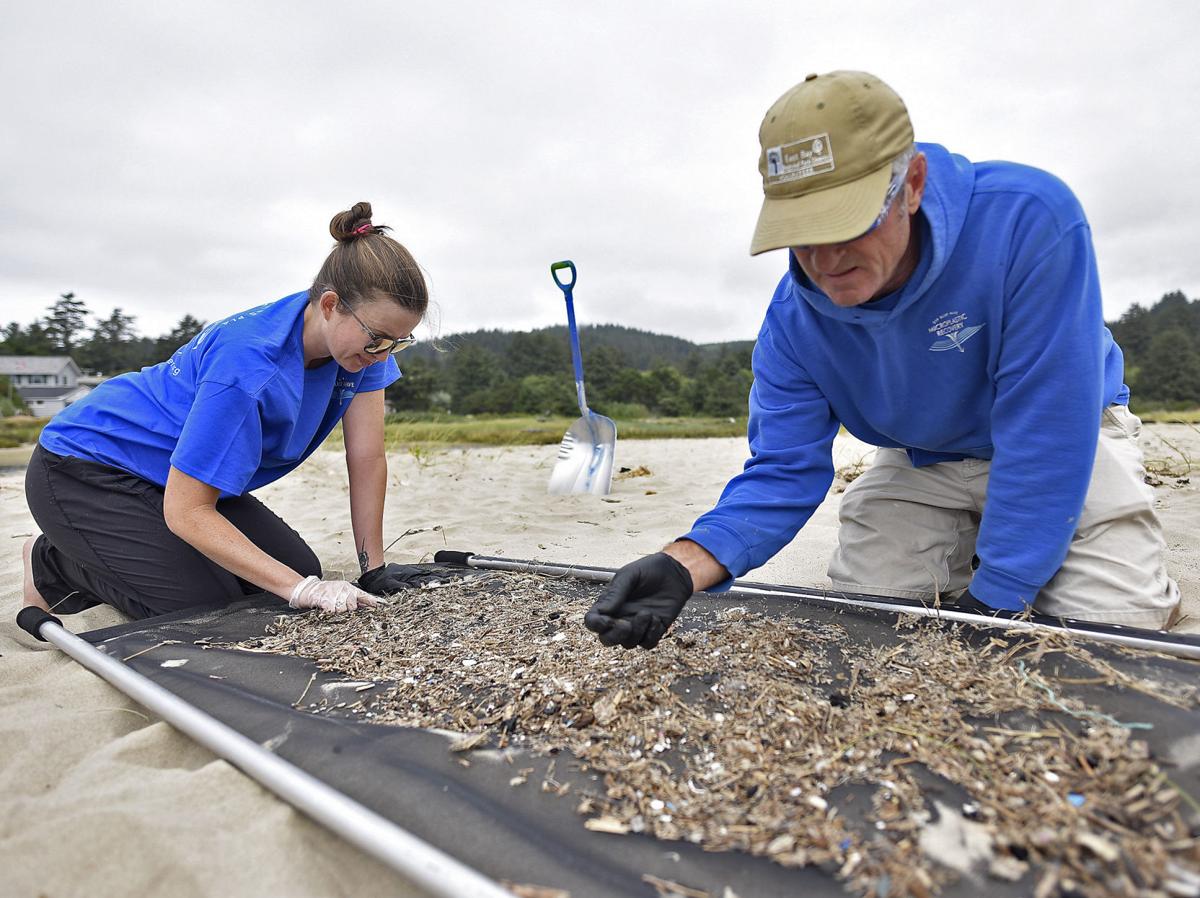 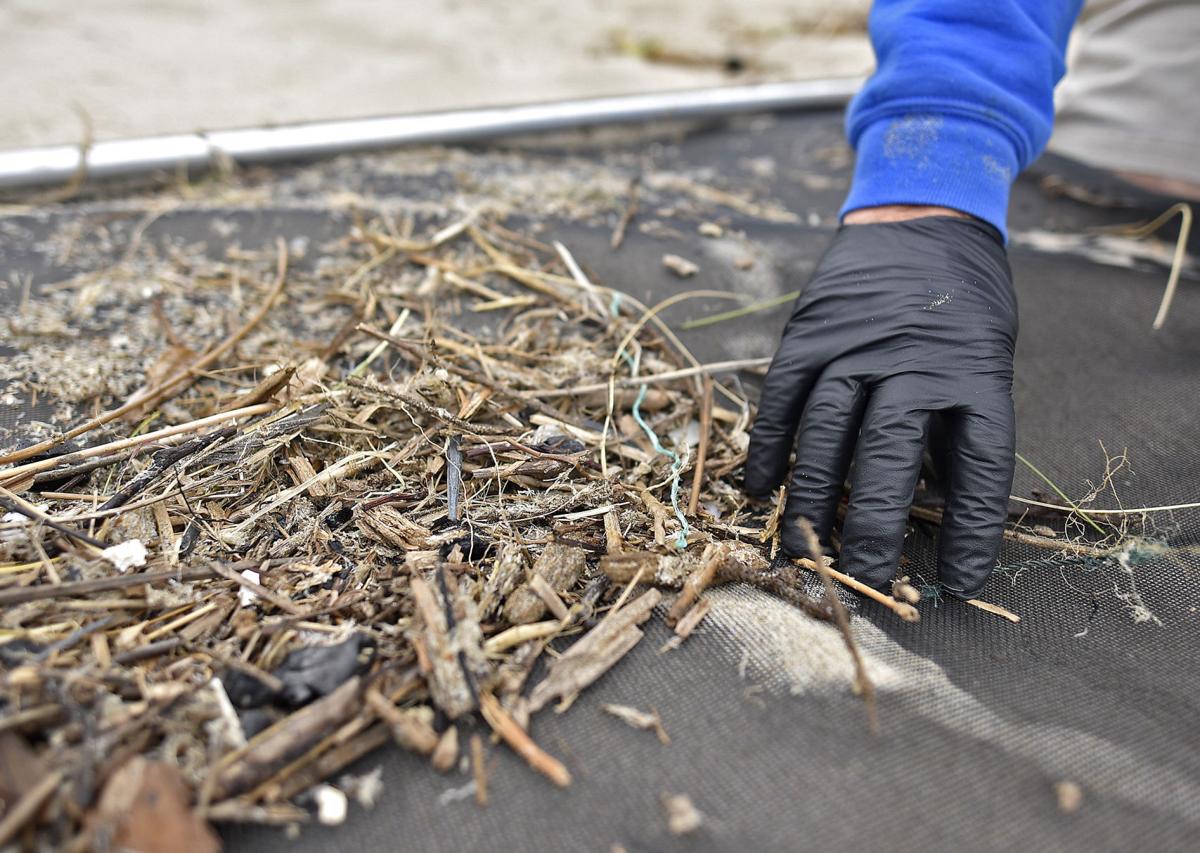 Sea Turtles Forever has removed thousands of pounds of plastic from beaches.

Sea Turtles Forever has removed thousands of pounds of plastic from beaches.

After years of surveys and beach cleanups, microplastics data collected at Fort Stevens State Park and Crescent Beach near Ecola State Park will be at the forefront of an environmental group’s push to influence state policy.

The Center for Biological Diversity, a West Coast nonprofit, is submitting data from several Oregon beaches to the state Department of Environmental Quality in an attempt to list the nearby water as contaminated.

“If the beach is contaminated, there’s good reason to believe the water nearby is, too,” said Blake Kopcho, the center’s oceans campaigner.

Doing so would empower the U.S. Environmental Protection Agency to require the state to find ways keep the water cleaner. The center ultimately hopes this will lead to reduction efforts to keep plastics out of the ocean.

“The goal is to get action to get to the source,” Kopcho said. “Beach cleanups are great, but ultimately we have to figure out how to stop (plastic) before it gets into the waterway.”

No states on the West Coast have water quality standards that directly address microplastics, which studies show bioaccumulate carcinogenic compounds that can be released into the water and air.

Microplastics are detrimental because they can transfer into the marine food chain and eventually into people.

“There isn’t a narrative for microplastics. States set limits on other contaminants, like mercury, for example. If levels are exceeded, the state has to find a way to mitigate,” Kopcho said. “There are no water quality standards that say ‘there can’t be this level of microplastics in the water.’”

For better or worse, the North Coast has gained a reputation for a microplastics problem, as well as solutions to address it.

The region is the birthplace of the first-ever microplastic filtration system, which has helped remove thousands of tiny pieces of plastic degraded from larger waste in cleanup drives organized by the environmental nonprofit Sea Turtles Forever.

“Trash Talk,” a program to convert plastics into jewelry that is sold to support the Haystack Rock Awareness Program, has raised regional awareness about plastic pollution since last year.

Surveys have shown plastic accumulation doubling at Crescent Beach. Fort Stevens State Park has a figure as high as 11,000 pieces per square meter, while other Oregon Coast beaches sit closer to 800 per square meter.

In the past two weeks alone, Sea Turtles Forever has removed more than 1,000 pounds of microplastics just from Cannon Beach sands north of Whale Park.

“Last year it only took us three days to clean this section of the beach. This year, it took 14,” Marc Ward, the group’s founder, said. “That’s easily four times as much from last year. It’s not getting better.”

Ward said strong tides pushing up against river currents could be partly to blame for high concentrations of plastics on Clatsop County beaches. Multiple plastic mold injection companies in the Portland metro area could be contributing to more plastic entering local waterways, he said, but plastic has been identified from all over the Pacific Rim.

That’s part of the appeal of the regional approach to change water quality standards, Kopcho said.

“It’s really hard to tell where this plastic is coming from,” he said. “Is it coming from a pellet plant? Is it plastic in the gyre? But the good part about getting listed is it gives each state flexibility to address their amount of pollution.”

Ways to do this, Kopcho said, include plastic disincentives, like recent bans on plastic straws, or offsetting microfiber plastic pollution that comes from washing machines.

A United Nations study found about a third of all microplastic releases come from laundering synthetic textiles, like polyester or nylon clothing. The state could use technology to filter the microfibers before they enter the ocean via outfalls from the sewer system, or institute taxes on clothes with synthetic textiles to curb consumption.

Requests like these will be reviewed by the state and conclusions be will be published by the end of the year, according to the Department of Environmental Quality.

“We’re creatively looking for ways to address plastic pollution problems, and we think this is a powerful avenue to get there,” Kopcho said.