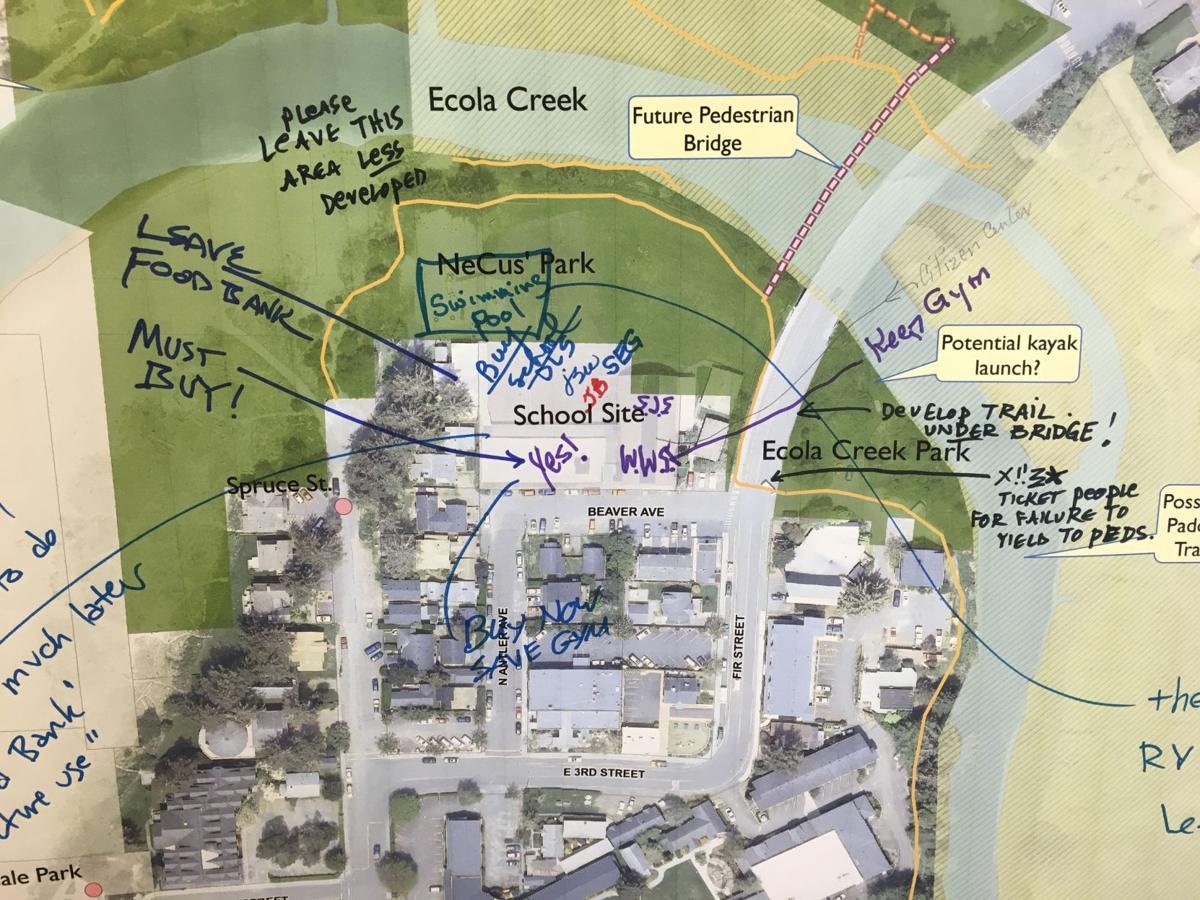 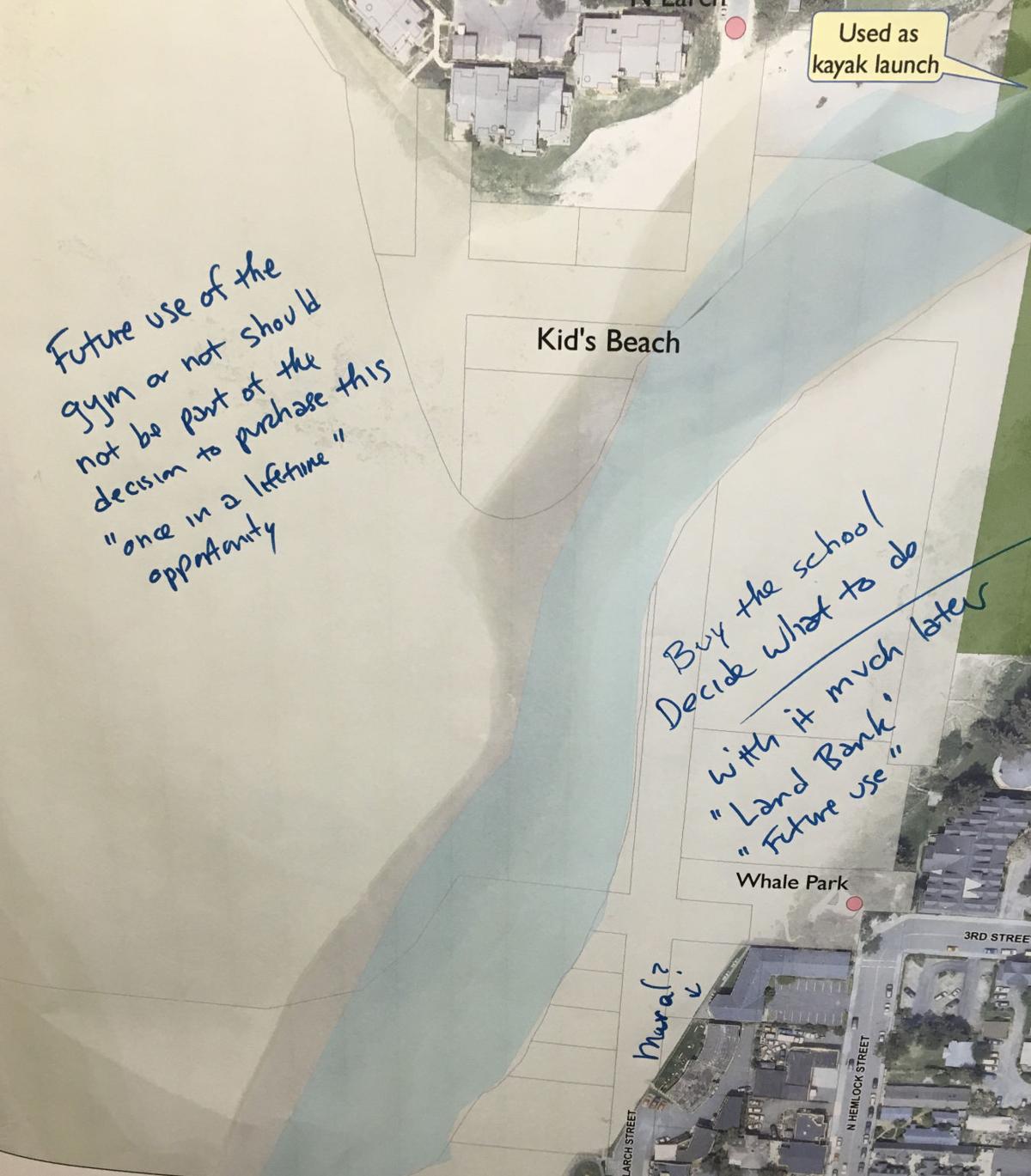 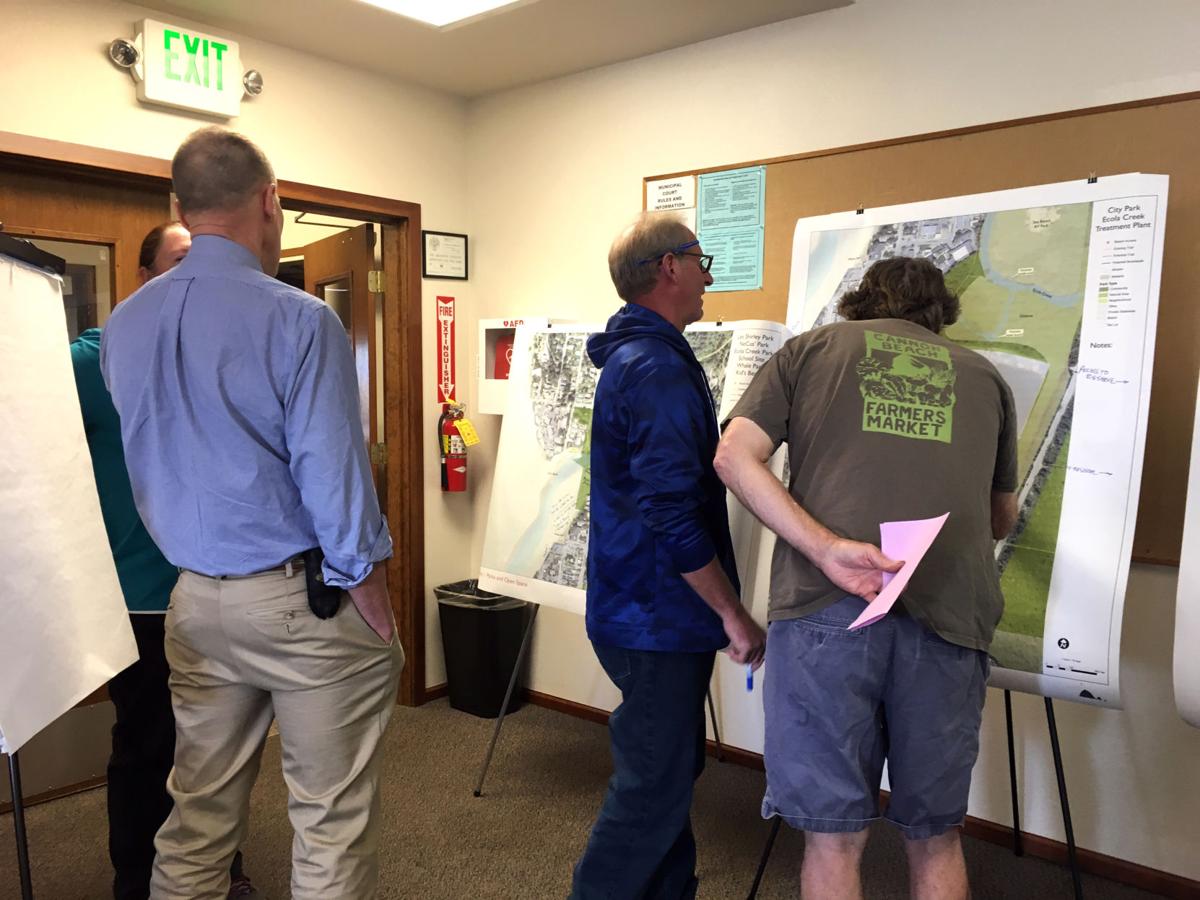 CANNON BEACH — A community garden, stream restoration and no bathrooms on the beach are all on residents’ parks wish list.

At an open house for the city’s parks master plan, people marked their ideas for Cannon Beach parks, beach access and trails on large maps and spoke with planners from design firm Otak.

Planners said community input gives validity to the parks master plan, making the city more likely to get grants and funds, and provides a way for residents to share what they want the city to invest in.

According to the marked-up maps, some would like the city to acquire the former elementary school land near NeCus’ Park and obtain Tolovana State Park from Oregon State Parks and Recreation. Others wrote they do not want restrooms on the beach by Haystack Rock and that they want to see wetlands and streams restored in Tolovana Park. A resident suggested a community garden by the Sunset Boulevard loop.

Some ideas that came out of three parks master plan citizen advisory meetings include a trail parallel to U.S. Highway 101 with privacy screening when it veers near homes, a new Ecola Park access and locations for “pocket parks” throughout Cannon Beach that could serve as beach-access parking and getaways.

The parks master plan is still in its research phase.

Otak planners explored Cannon Beach on bikes with GPS to help identify public lands and zoning. Some trails are official and others were formed over time by people and elk, Bolen said.

The next citizen advisory committee meeting is in August and another open house for the master plan will be in September.

The planning process will take about a year.