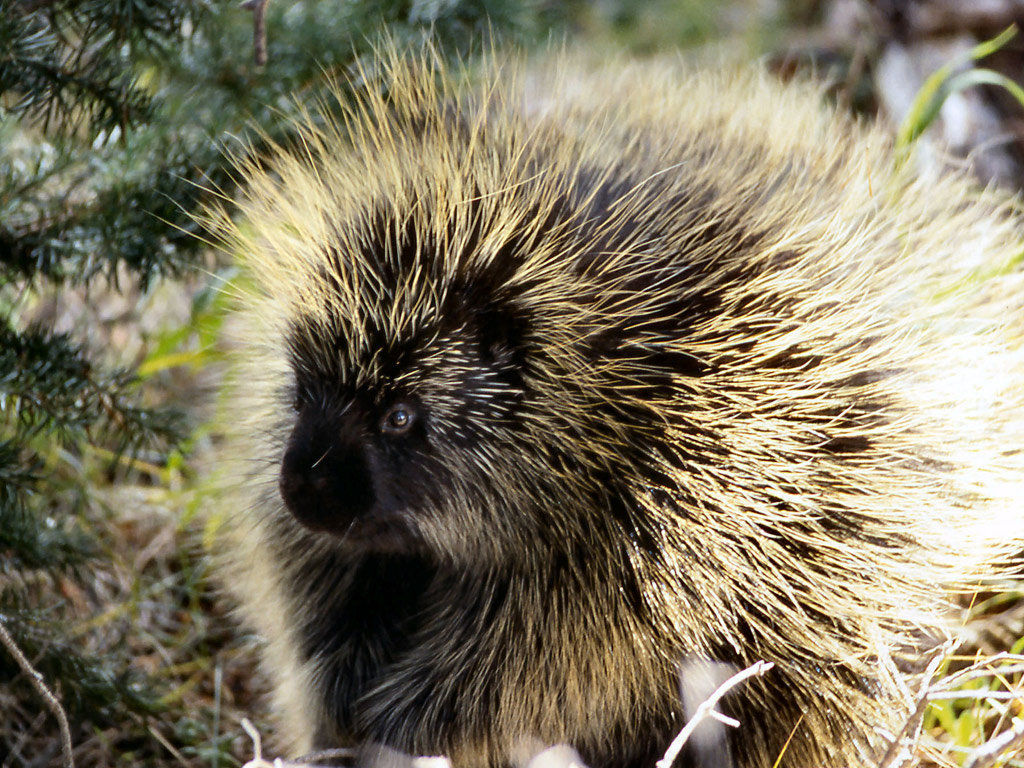 Porcupines, a rare sight in Clatsop County, are toothy rodents that like to gnaw bark and have sharp quills to ward off predators. 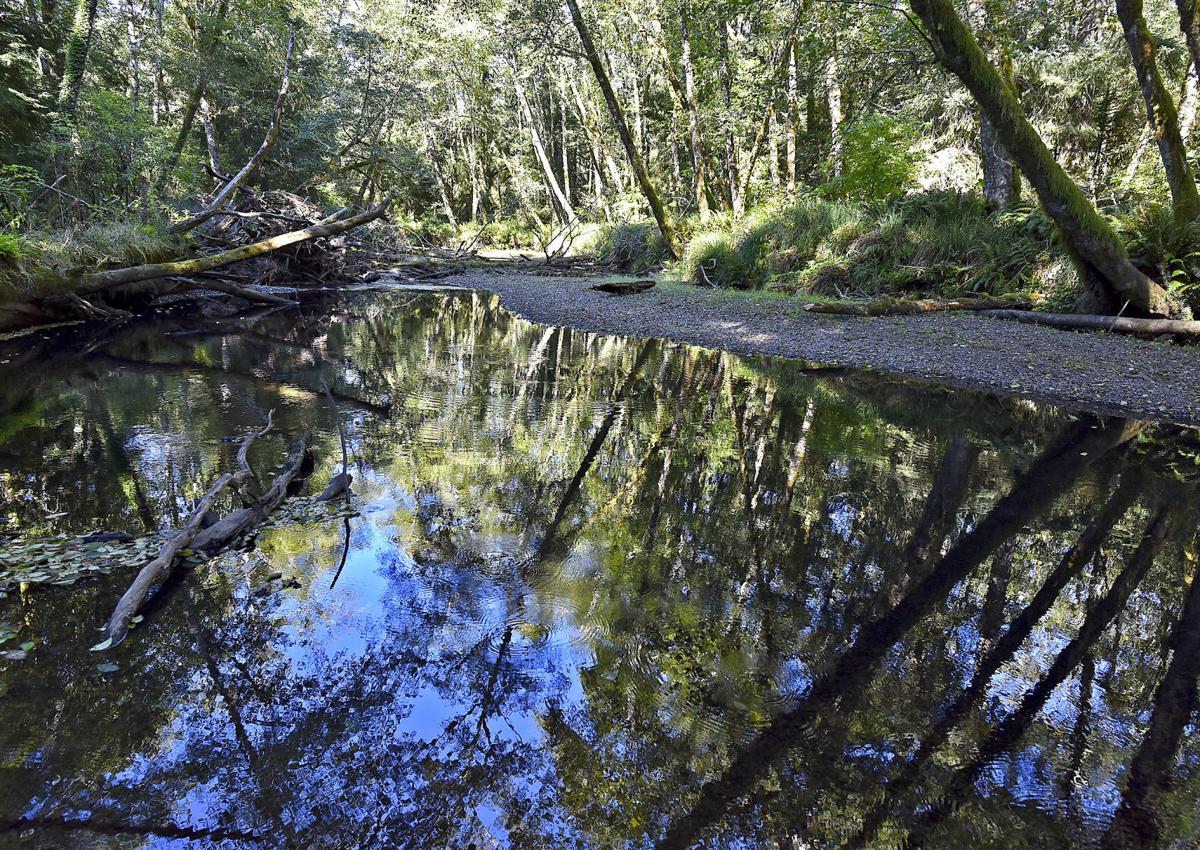 Porcupines have recently been spotted around Ecola Creek, pictured here, near Cannon Beach. 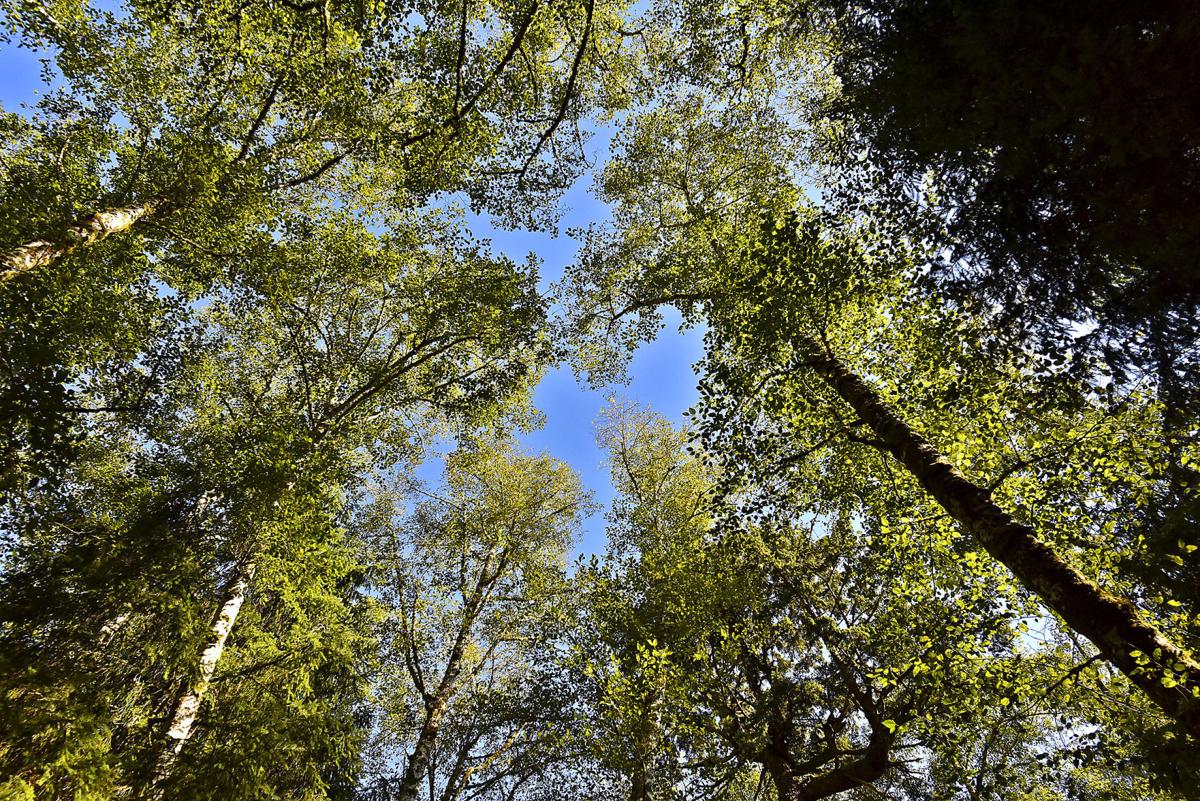 Porcupines are rare in Clatsop County, but recently the rodents have been spotted around Ecola Creek near Cannon Beach by loggers.

Porcupines, a rare sight in Clatsop County, are toothy rodents that like to gnaw bark and have sharp quills to ward off predators.

Porcupines have recently been spotted around Ecola Creek, pictured here, near Cannon Beach.

Porcupines are rare in Clatsop County, but recently the rodents have been spotted around Ecola Creek near Cannon Beach by loggers.

A Clatsop County timber company saw porcupines for the first time in forestland around the Ecola Creek watershed near Cannon Beach this summer.

Squashed, dead porcupines are a common sight on the side of highways on Washington state’s Long Beach Peninsula, and hikers occasionally spot live ones lumbering down trails and logging roads around Willapa Bay.

But they are rare in Clatsop County — even though the same mixed hardwood and coniferous forest habitat the large, stumpy-legged, quill-covered rodents prefer exists here. The Lewis and Clark National Historical Park between Astoria and Warrenton keeps a list of animals spotted in its dense, forested land. Porcupines aren’t on it.

But contractors for GreenWood Resources investigating porcupine-related damage to young stands around the Ecola Creek watershed have now trapped 17 porcupines in a 1,500-acre area.

These sightings are the first official reports of porcupines in Clatsop County received by the local Oregon Department of Fish and Wildlife office, said Michelle Dennehy, a spokeswoman for the department.

But she doubts the porcupines seen on GreenWood’s land are new to the area. Likely, they’ve been here all along, and the sightings could be a sign that the population is growing.

Depending on where they are, what they’re doing and how many of them are around, porcupines are either an exciting wildlife sighting or a threat capable of damaging acres of young, valuable trees.

For GreenWood Resources, a timber company that prides itself on a commitment to responsible stewardship and has been praised for its collaboration with local land conservation groups, it’s a little bit of both.

“We want to embrace the critters. This is their home,” said Kathryn Olson, an area forester with GreenWood Resources based in Gearhart. “But it’s a balance.”

It is not unheard of for timber companies to trap and kill porcupines, sources in Washington state and Oregon say.

Georg Ziegltrum, animal damage control supervisor with the Washington Forest Protection Association, says identifying markers such as bark being stripped away and eaten and distinctive tooth marks make it clear when porcupines are to blame for tree damage. He said they can take a heavy toll on industrial timberland.

Porcupines can weigh up to 40 pounds, but despite their bulk they will climb high in young trees, gnawing around the trunks — “girdling” them — eating the bark. They may expose roots and clip branches in their foraging, making the trees more susceptible to disease and decay.

A draft management plan for the Elliott State Forest in Coos and Douglas counties named porcupines on a short list of wildlife species — including beaver, elk and black bear — that were causing damage in the forest. The damage, the plan’s authors note, was “sporadic and occurs in varying severity as to the number of trees damaged.”

Porcupine populations are believed to be robust in Oregon. The rodents are found mostly east of the Cascade Range, but they have become more common in western Oregon, as well, Dennehy said.

On public land, they are considered unprotected mammals; people who want to trap or hunt them have to apply for a furtaker license through the state. The season is open the entire year and the state does not track harvests. In general, there tends to be very little public interest in hunting porcupines, Dennehy said.

On private lands, the state considers them predatory animals for the damage they do to tree saplings and they can be trapped without permits.

“The porcupine range has been expanding slowly for the last 30 years or so,” said Dennehy. “ODFW saw much the same reaction in Tillamook County 25 years ago when the ‘first one’ showed up as roadkill and people were flabbergasted.”

“They’re fairly common in Tillamook now, though the county isn’t overrun with them.”

Olson grew up in Clatsop County and has seen a few porcupines during her time here. She has also seen evidence of porcupine-related damage in the woods she helps manage for GreenWood, but she and other foresters weren’t worried about a few girdled trees here and there.

This summer, though, they saw several acres where numerous 10- to 20-year-old trees had been hit. Most of these trees will likely die or bush out, Olson said, losing their value. In her seven years with the timber company, she has never seen the level of damage they are seeing now.

Next year, GreenWood expects to initiate an annual program to monitor where porcupine activity is taking place and if it is occurring in stands that are particularly vulnerable. The company will work with contractors to establish acceptable and unacceptable levels of damage that will guide when, if necessary, more animals need to be trapped and killed.

“I think their population is increasing,” Olson said, “and I think that’s why we’re seeing some of the damage to our young stands. … We want to, when we find that damage, control it.”

But, she added, “I think it’s something we can control without having a considerable impact on the population overall.”