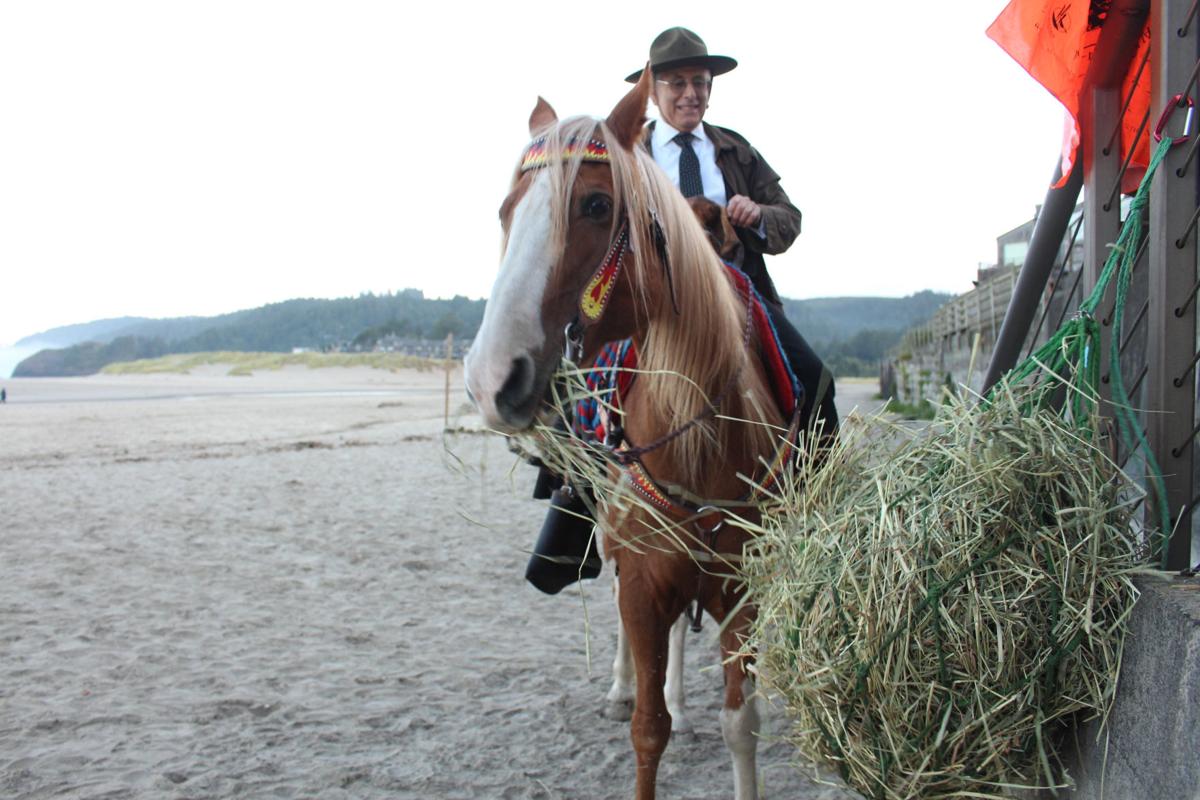 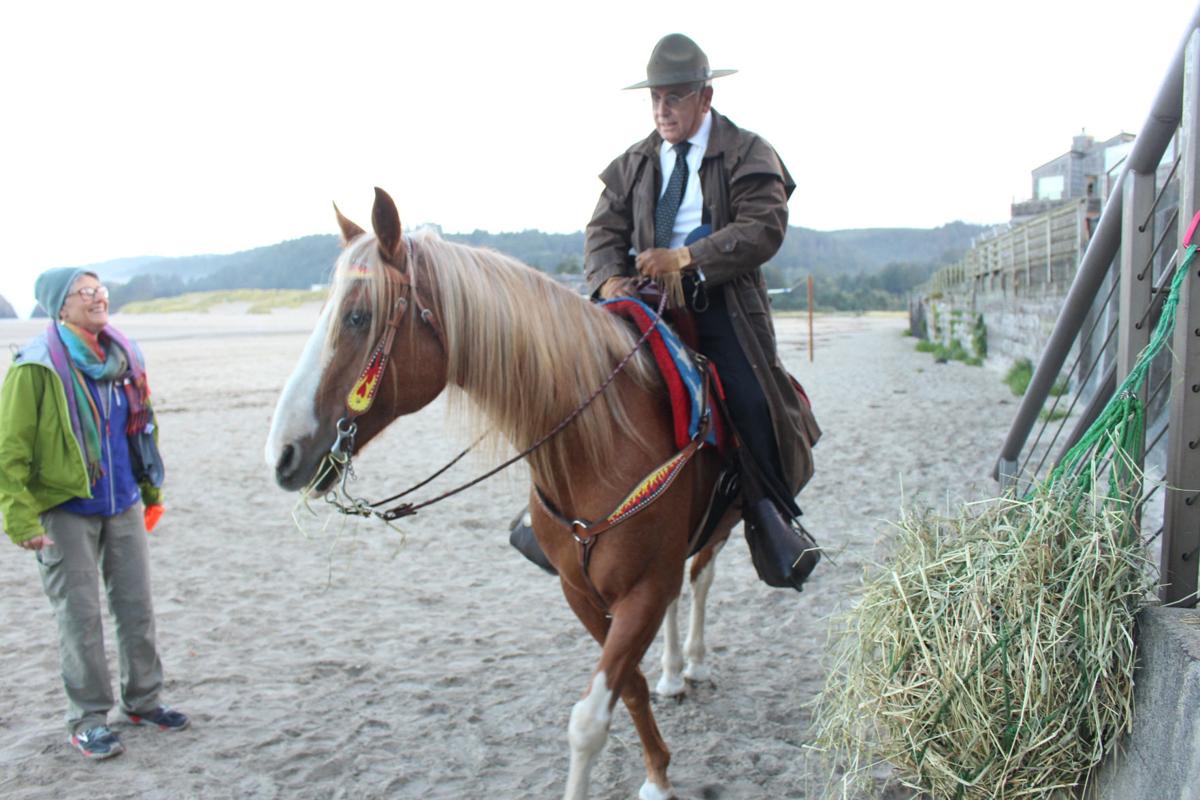 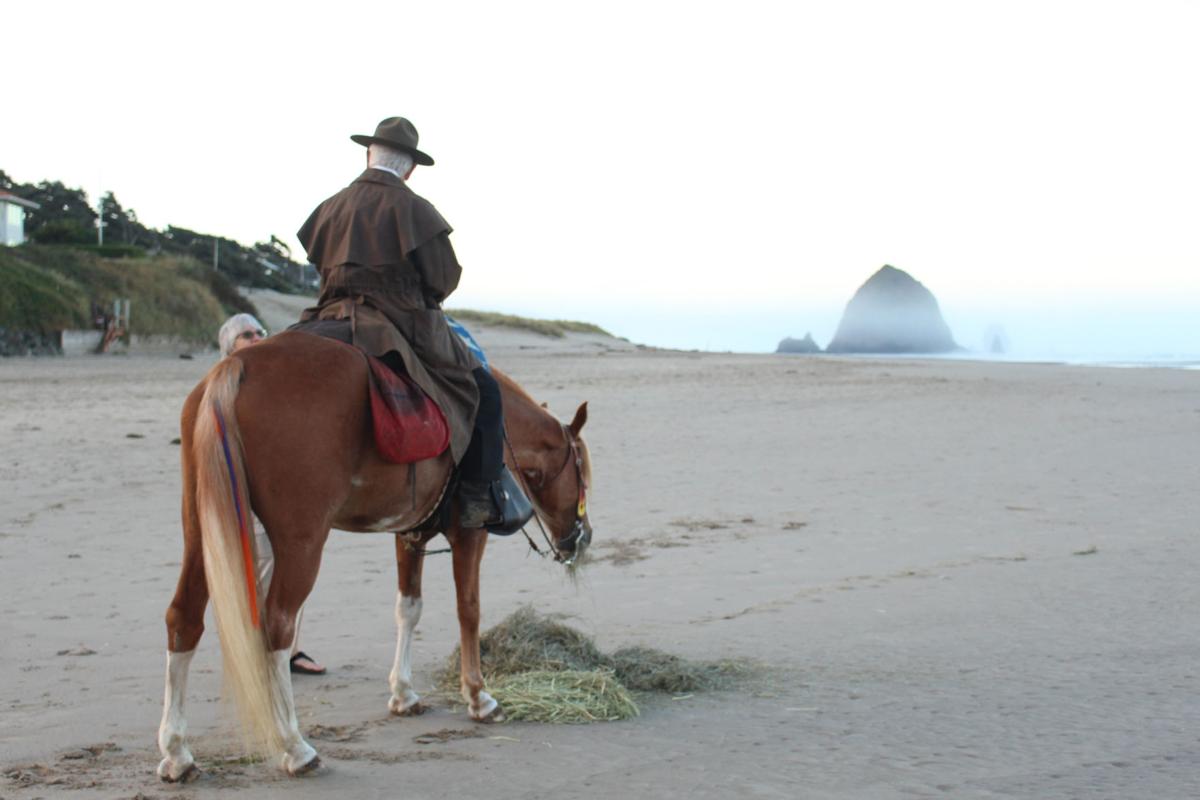 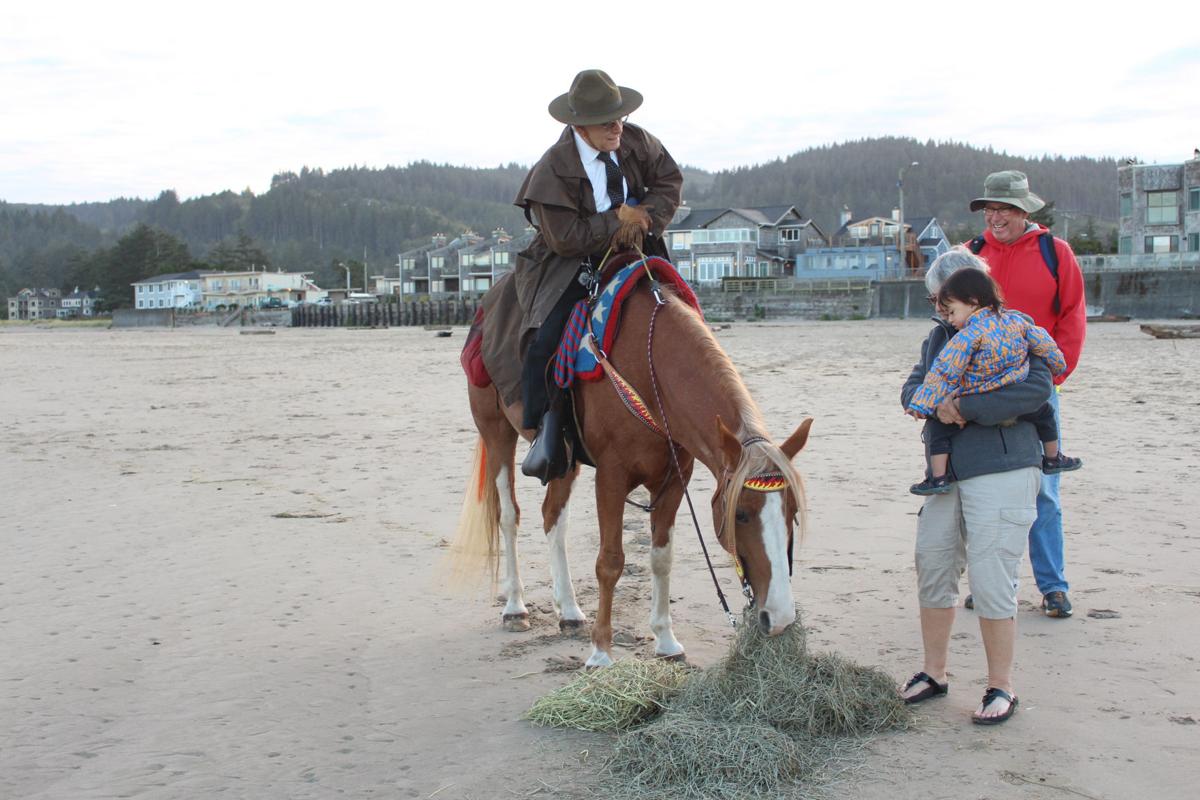 The 75 people registered for the walk were greeted by a Gov. Oswald West impersonator, Cannon Beach local Bob Wayne, dressed in 1900s attire with his horse on the beach. The purpose was to pay an homage to the horseback ride West took in 1911 from Ecola Creek to Neahkahnie Mountain that inspired the former governor to declare Oregon beaches as a public right-of-way, conservancy communication coordinator Bonnie Henderson said.

Wayne, who has lived in the area for 40 years, saw this as a way helping an organization that helps protects the land he has enjoyed for so many years.

“I think the NCLC is fabulous, and I just wanted to support them,” Wayne said. “Also I like showing off my horse — look at him, he’s a beauty.”

The group will walk from Ecola Creek in Cannon Beach through Arch Cape, Oswald West State Park and all the way to Nehalem Bay State Park.

The walk originated as a way for Oregonians and visitors to the state to see some of Oregon’s natural wonders while also raising money for the North Coast Land Conservancy. At $350 a ticket, participants are helping support general operations, Henderson said.

“Having our event sold out two years in a row I think mean people are willing to support conservation and want an adventure,” Henderson said.