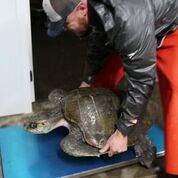 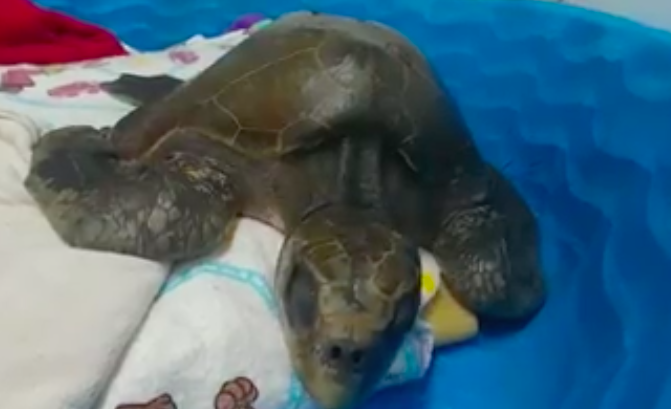 Olive ridley turtle that washed up on the Coast on Wednesday. 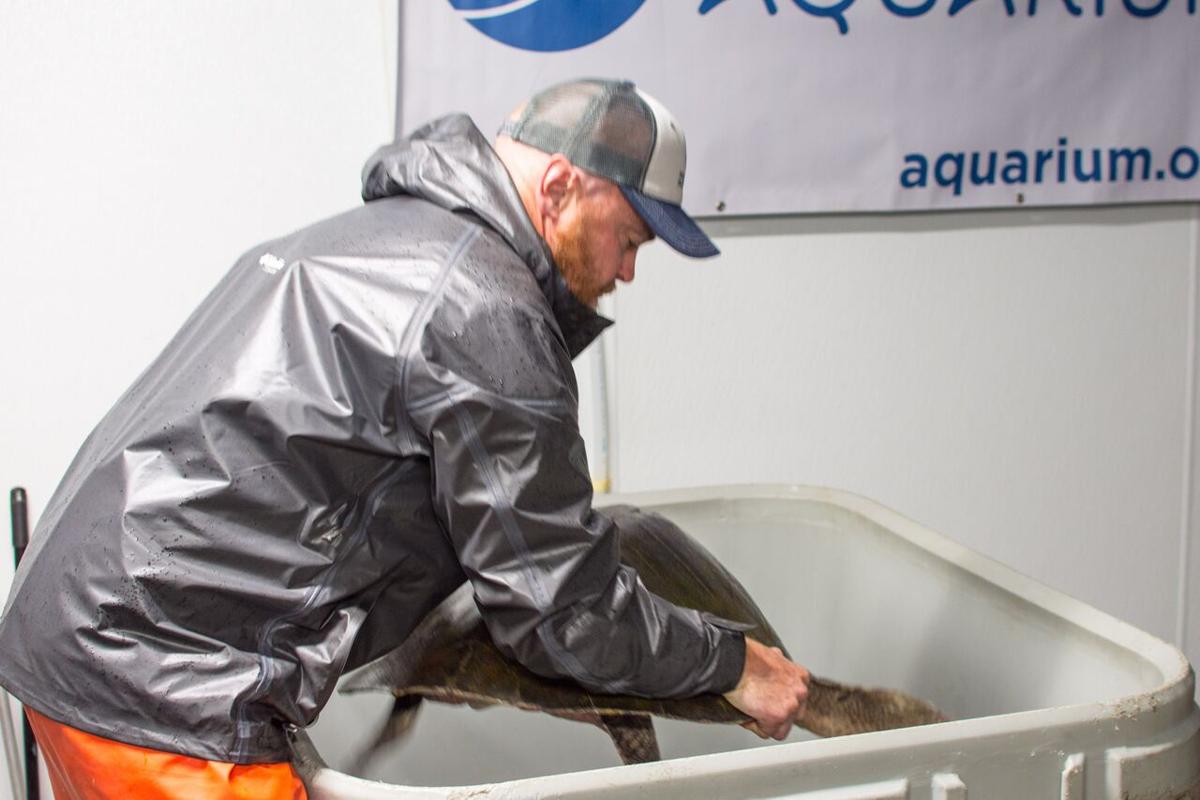 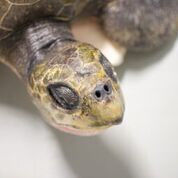 Olive ridley turtle that washed up on the Coast on Wednesday.

The U.S. Fish and Wildlife Service has transferred her to the Oregon Coast Aquarium in Newport for rehabilitation.

“We are especially thankful for the dedication from all parties involved given the short notice on a holiday,” said Jim Burke, director of animal husbandry at the Oregon Coast Aquarium.

“Our staff will perform X-rays ... and continue to monitor the sea turtle’s condition,” he added. “Although we are always uncertain of the outcome when we receive extremely sick animals, we are hopeful for this turtle’s successful rehabilitation.”

Chad and Mickey Heidt of Beaverton were camping at Cape Disappointment State Park in Washington and discovered the stranded turtle while walking on Benson Beach around 4:30 p.m. Wednesday, according to Sally Compton, public relations director of the Oregon Coast Aquarium.

The couple was able to reach the Marine Mammal Standing Network and coordinated with Seaside Aquarium staff, who provided instructions for assisting in the transfer of the turtle with the help of a Washington park ranger.

Laura Todd of Fish and Wildlife retrieved the turtle from Seaside to transport it safely to Newport. After receiving the turtle around 12:30 a.m. Thanksgiving morning, Oregon State Aquarium staff evaluated her condition, administered fluids, and performed a blood draw. Initial exams showed she was extremely emaciated. Her temperature was 59 degrees Fahrenheit, well below the standard temperature of 75 degrees.

Olive ridleys washing ashore have become more frequent in the past few years, with noted strandings in Seaside, Cannon Beach and throughout the North Coast.

During the winter, cold-shocked sea turtles can become stranded on our beaches, said Tiffany Boothe of the Seaside Aquarium. Reports of stranded turtles can begin as early as mid-October and can continue through January.

Seaside is authorized to receive stranded turtles and hold them until transport can be arranged. If a turtle washes ashore on the North Coast of Oregon it is common for Seaside to be one of the first to respond.

The Oregon Coast Aquarium and Seattle Aquarium are the only two authorized Fish and Wildlife Service facilities in the Pacific Northwest that can provide long-term rehabilitation care for sea turtles.

The trend of turtles washing ashore is expected to continue, Beck said.