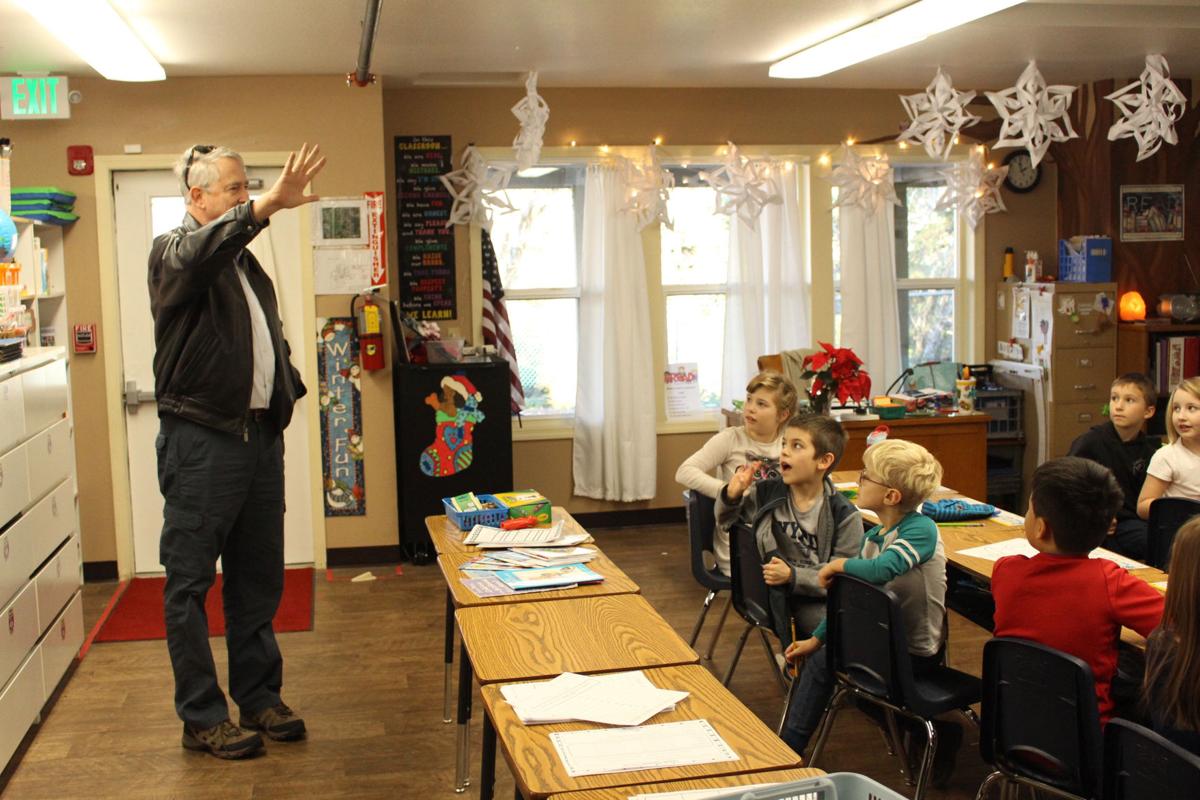 Students wave back at Bruce St. Denis, the new Cannon Beach city manager, at the grand opening of the Cannon Beach Academy. 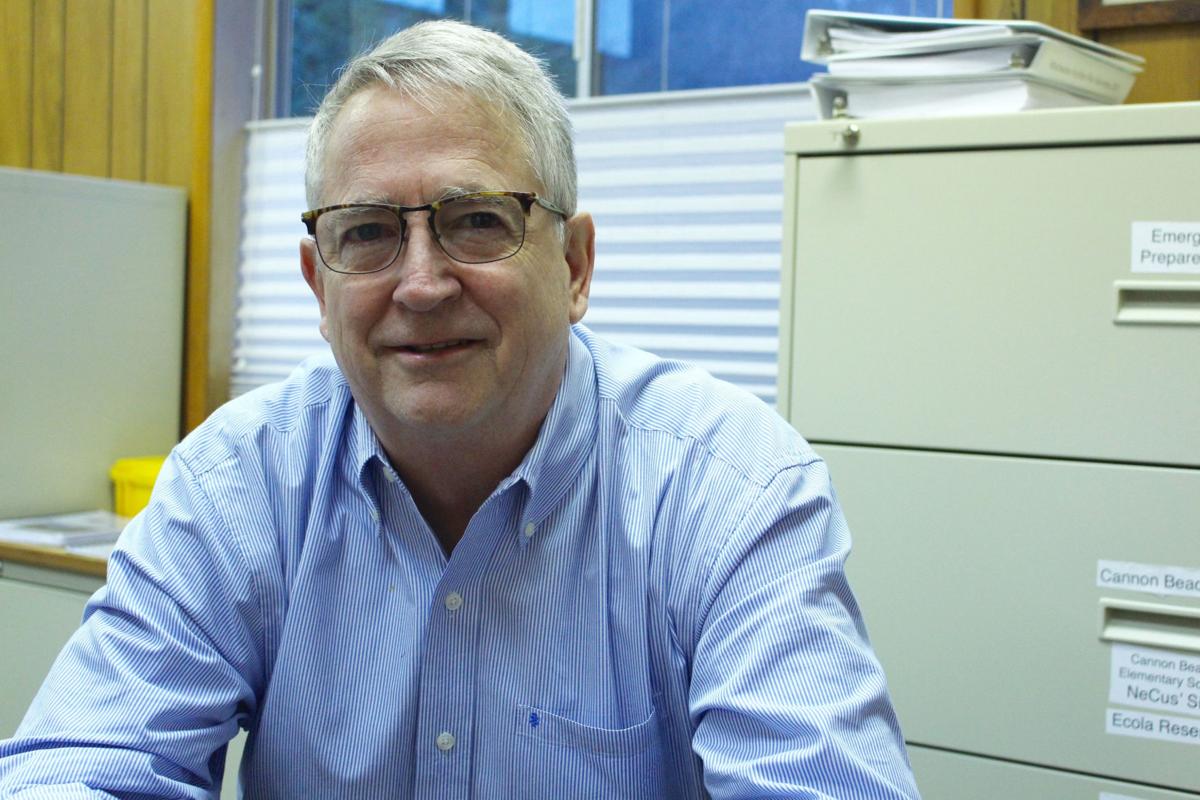 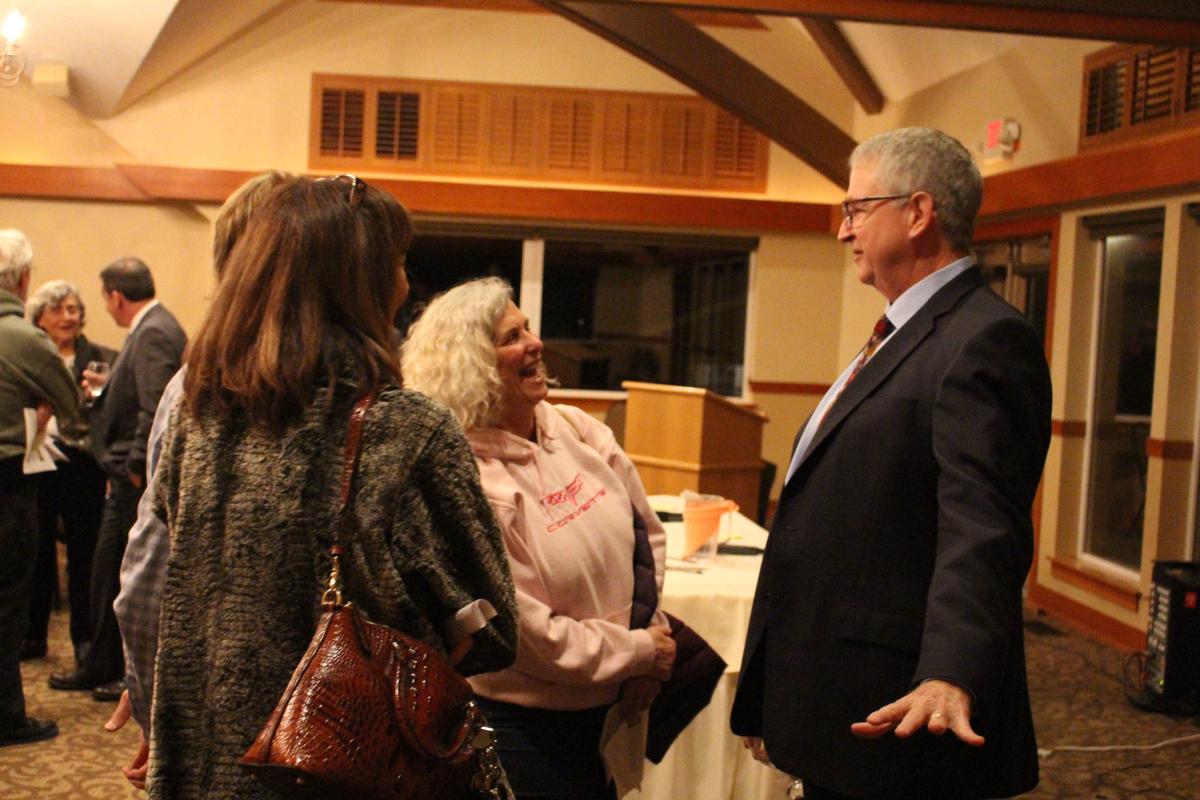 Bruce St. Denis speaks with residents at a community forum as a part of the hiring process.

Students wave back at Bruce St. Denis, the new Cannon Beach city manager, at the grand opening of the Cannon Beach Academy.

Bruce St. Denis speaks with residents at a community forum as a part of the hiring process.

With the new year comes a new Cannon Beach city manager. You’ll see him at City Council meetings, with his hands folded and his trusty Chick-fil-A cup next to the microphone replacing a coffee cup — a tradition he carried over from his 15-year stint as city manager in Longboat Key, Florida.

In December, the city hired Bruce St. Denis to replace former manager Brant Kucera, who left for a job in Sisters in June. After a four-month-long hiring process, St. Denis now sits in the hot seat to carry out the agenda of the City Council on top issues like affordable housing, emergency preparedness and aging infrastructure.

St. Denis sat down with us for a few questions.

Q: Where did you grow up?

A: Rome, New York. I went to architecture school in Buffalo, and moved to Florida senior year.

My Buffalo experience is how I know I will survive the weather here.

Q: Where does your passion for architecture and development come from?

A: I have somewhat of a creative mind, so that’s why I liked the architecture. I’ve always liked building things.

Q: How did you transition into the public sector?

A: When I got out of architecture school, no one was building anything but Burger Kings. There weren’t many jobs. I went to work at local the public works department (in Largo, Florida), and I never thought I’d want to stay with that. But I was so impressed with people doing the work.

In my opinion, these folks are in the business of doing miracles. If there is a line break on Christmas Eve, they are out there fixing it. I admire the commitment and the creativity of how they solve problems.

Q: What are some of your proudest moments?

A: Longboat Key has a long association with the circus world with the connection of the Ringling hotel. The Flying Wallendas performed right out on the street and did the seven-person pyramid. That was a once in a lifetime situation for everyone there. They brought in clowns. Bringing in the flag. The flag temporary redesign of town symbol.

I also had a situation that was a real boot camp for emergency management. We found in the old criminal courts building we had Legionnaires bacteria detected.

That was a day where you forgot what you were going to do today. We decided from the get go to be transparent. We had to deal with the maximum security jail connected — we tested all the inmates, and we didn’t have any positive cases. But it was a situation where we were asking, “Are we really looking at evacuating a maximum security jail?” It was national media boot camp.

You always were responsible for a lot of people’s health, but this was a direct threat, and you’re the group that has to take care of it. That’s my standard now for getting excited.

A: We came to visit on a vacation. I loved the charm, the people.

Q: What attracts you to beach communities?

A: “I’ve always been a water kid. Had some life changes, moved to the beach. Stayed on the beach the whole time working in the county, then to Longboat Key. What’s not to like?”

Q: When you aren’t working, what do you like to do?

A: I play a lot of guitar. I swim, hang out with my wife and daughter, who are my best friends. I like to fly-fish.

Q: What kind of music?

A: I have several vintage guitars. I’ve been in blues bands. My favorite is acoustic guitar — I’m a purist.

Q: What’s an unexpected part of the job of city manager?

A: I don’t think people realize how much they rely on the city. The fact clean water comes out of the faucet, you can put out garbage and it gets taken away. An awful lot that goes into that, and the people who do it are really dedicated to doing it.

I just hear people solving problems for people. If there are 1,700 people here, and one has a problem, you may hear about it or not, but someone put a lot of time into solving that problem.

A: It’s very similar to the issues. One exciting is coming in with fresh eyes. From a technical side, I like the public works side. I was heavily involved with state beach program — the beach is something I know very well. A lot of the other issues, the seasonality, the difference in perception of year-round people versus someone who is here part time and all of them are necessary. We want to balance that.”

Q: What will be some new challenges?

A: “Weather. Actually no, one difference is relative remoteness of beach communities. It took you awhile off Longboat, but then you were on Sarasota — operas, two colleges, we had a DMV.”

Q: What traits should the manager have?

A:“I write down self-reflection. Most would write down confidence, decision making, but to me, but because of with the number of people you deal with, delicacy of subject matter you have to be pretty centered. Most people would be shocked to know I’m a flaming introvert.

Q: What would you do different?

A: The last job there was a big change in the commission and the Great Recession. I was trying to protect Longboat Key from the entire world. But it became personal and I let it become personal. But it’s hard when you are being attacked on a personal basis.

Q: What from your Longboat Key experience do you want to bring here?

A: If there’s something going on that’s a problem, I really want to talk to everyone involved to solve problems that some people think aren’t necessary solvable.