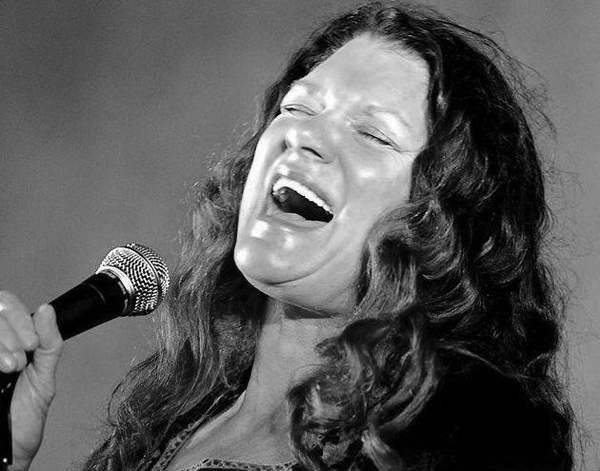 Friends, fans and band members hosted a procession the evening of Monday, Jan. 20, for Maggie Kitson, local musician, and leader of the local band, Maggie and the Katz, who passed away that morning on her 68th birthday.

A Go Fund Me site was created by her daughter, Bridget Kitson, in October 2019. Maggie had been battling colon cancer since 2018. She had surgery to remove a cancerous tumor in April. During the removal, several cancerous lymph nodes were found, which led her to be diagnosed with stage 4 cancer.

Margo Dueber, of clothing store Maggie and Henry, said a New Orleans funeral parade was something Maggie had wanted. She joked that Maggie planned the event. Dueber said they celebrated Maggie and walked downtown with a police escort.

Becky Graham, a woman named Laura, and Kathleen Wagner brainstormed the idea of the procession. John Sowa from Sweet Basil's Cafe offered free jambalaya before the parade. Musicians played and there were cazoos. People marched from Sweet Basil's to the American Legion. People were coming out of houses to wave.

“A great farewell to a special lady, you will always be with us kiddo,” according to a social media post on Sweet Basil’s Café’s Facebook page including a video of the procession. “She’s still singing. I can hear her in those quiet moments, so I know it’s true.”

The café, where Maggie and the Katz performed regularly, said it was a full house and sold out crowd prior to and after the procession, again on a social media post.

“Even in passing she draws people together, spreading love and kindness,” the post reads.

Maggie performed at many different locations throughout the area, including the Nehalem Bay Winery.

“She was a great artist and friend for many, many years,” said winery owner Ray Shackelford. “She will be a figure for the winery forever.”

Shackelford said Maggie played at the winery every year for years and that she is missed.

General manager of the winery, Melissa Stetzel, said Maggie and her band played every year for many years at their Memorial weekend Blues Festival, as well as other events at the winery.

"She became a part of our family and we are having extreme difficulty dealing with losing her," Stetzel said. "She also brought talented musicians to play with her but her tremendous vocals were definitely the center of her performances here."

Stetzel said the winery's Blues Festival this year will be a tribute to Maggie and also her band's trombone player, Skinny Lynn, that passed away the same day as Maggie.

"The North Coast lost two very talented musicians this week," Stetzel said. "There will never be another performer like Maggie; she was one in a million."

Stetzel sends her love and condolences to Maggie's daughter Bridget, her band mates, friends and fans.

You can make donations to the family for medical and funeral expenses at https://www.gofundme.com/f/dgxpu-help-maggie-beat-cancer.