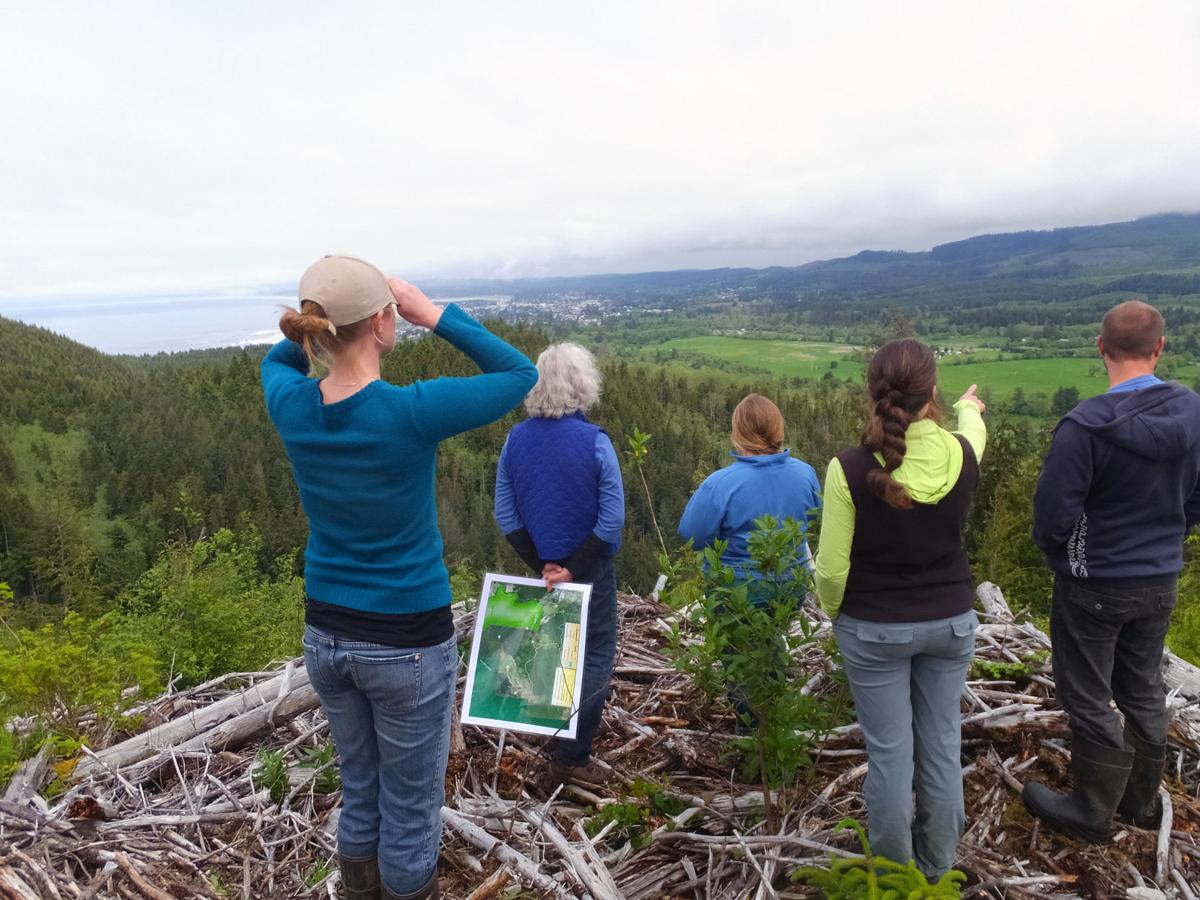 Staff of North Coast Land Conservancy stands in a clearing on the Boneyard Ridge property, looking north to Seaside and east to the conservancy's Circle Creek Habitat Reserve. 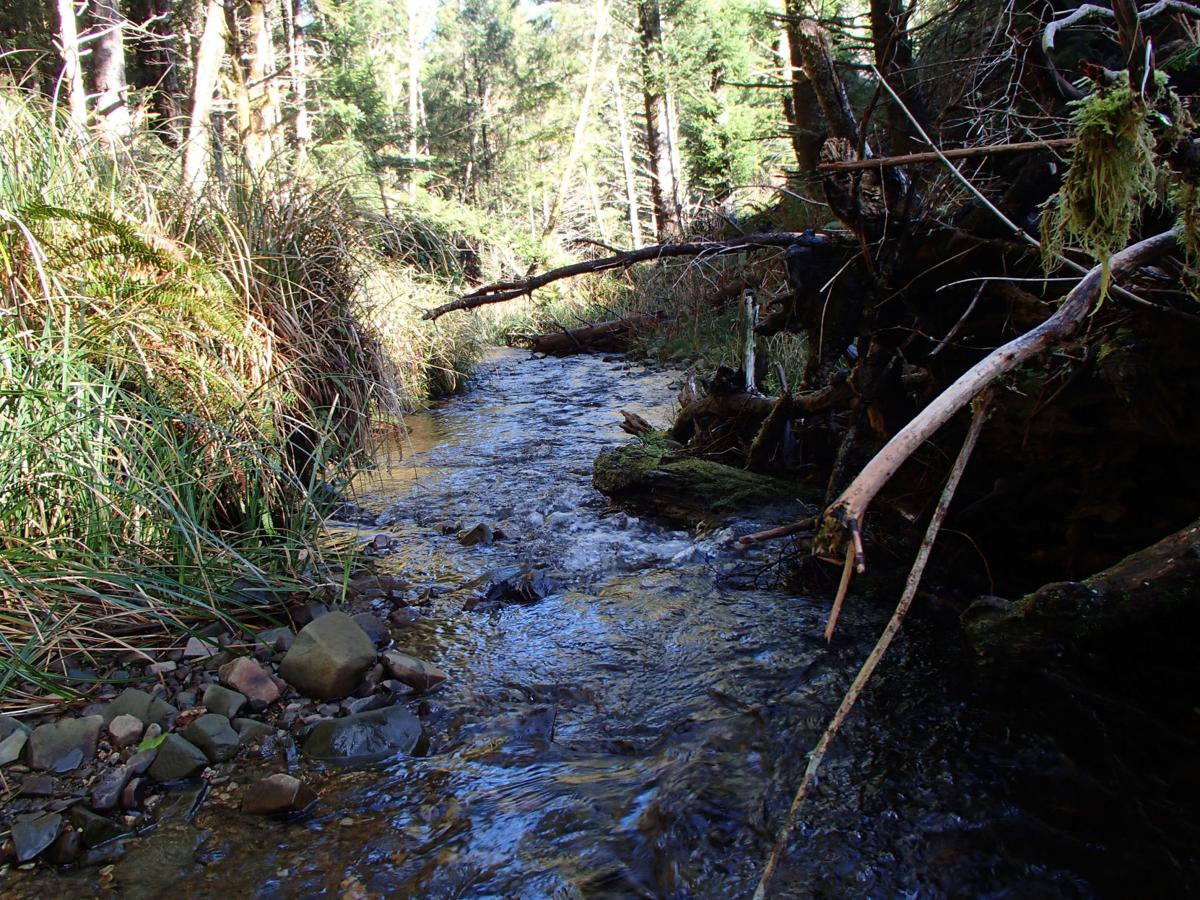 A creek flowing through Boneyard Ridge, one of many natural features to be protected with the conservancy's upcoming land purchase. 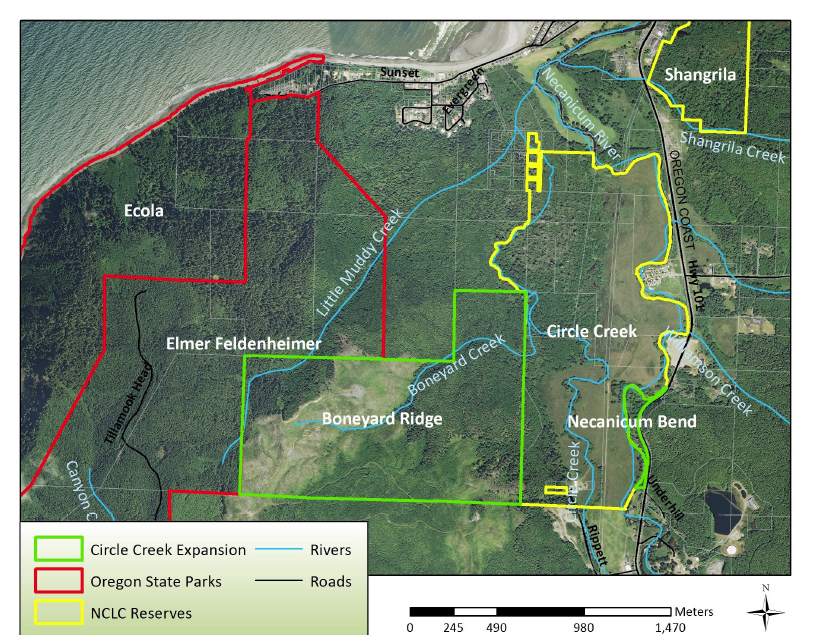 Staff of North Coast Land Conservancy stands in a clearing on the Boneyard Ridge property, looking north to Seaside and east to the conservancy's Circle Creek Habitat Reserve.

A creek flowing through Boneyard Ridge, one of many natural features to be protected with the conservancy's upcoming land purchase.

A critical 360-acre land parcel on Tillamook Head will be transferred from timber property to conservation corridor.

On Monday North Coast Land Conservancy and GreenWood Resources signed a purchase and sales agreement for Boneyard Ridge on Tillamook Head for a purchase price of $1.3 million. The purchase would create 3,500 connected acres from the summit of Tillamook Head to the Necanicum River Valley.

“This agreement as of Monday is a full purchase agreement,” North Coast Land Conservancy Executive Director Katie Voelke said Wednesday. “Not only are all parties in, but we know what the cost will be, we’ve agreed on it, and we know what the closing date will be.”

Both the land conservancy and property owner GreenWood Resources “feel Tillamook Head should be conservation land instead of timberland,” Voelke said. “That way it really feels like a partnership.”

Boneyard Ridge will serve as a link between Ecola State Park, which stretches along the Tillamook Head shoreline, and the land conservancy’s Circle Creek Habitat Reserve in the Necanicum River floodplain west of Highway 101 at the south end of Seaside.

The site’s dramatic name came from the discovery of elk bones by hunters on the property.

The conservancy’s goal is to allow the land to mature into a complex rain forest of the kind that once characterized headlands all along the Oregon Coast.

The sale was stalled after ownership shifted from Campbell Global to GreenWood Resources, Voelke said.

“It had to go through a whole process again of review, approving it, looking at it against company goals,” Voelke said. “That added a whole new layer to it.”

Originally Campbell Global had agreed to sell the land at a “reasonable price,” she added.

They had also pledged to keep the land untouched before its potential sale, but price and purchase date weren’t set until this week.

After transfer, the conservancy will hammer out details as to how the property will be managed, Voelke said. This could include a trails component or other recreational opportunities.

The purchase will be funded by individual donors and a grant from the Oregon Watershed Enhancement Board, Voelke said. Together, they have raised about $1.1 million of the $1.3 million total.