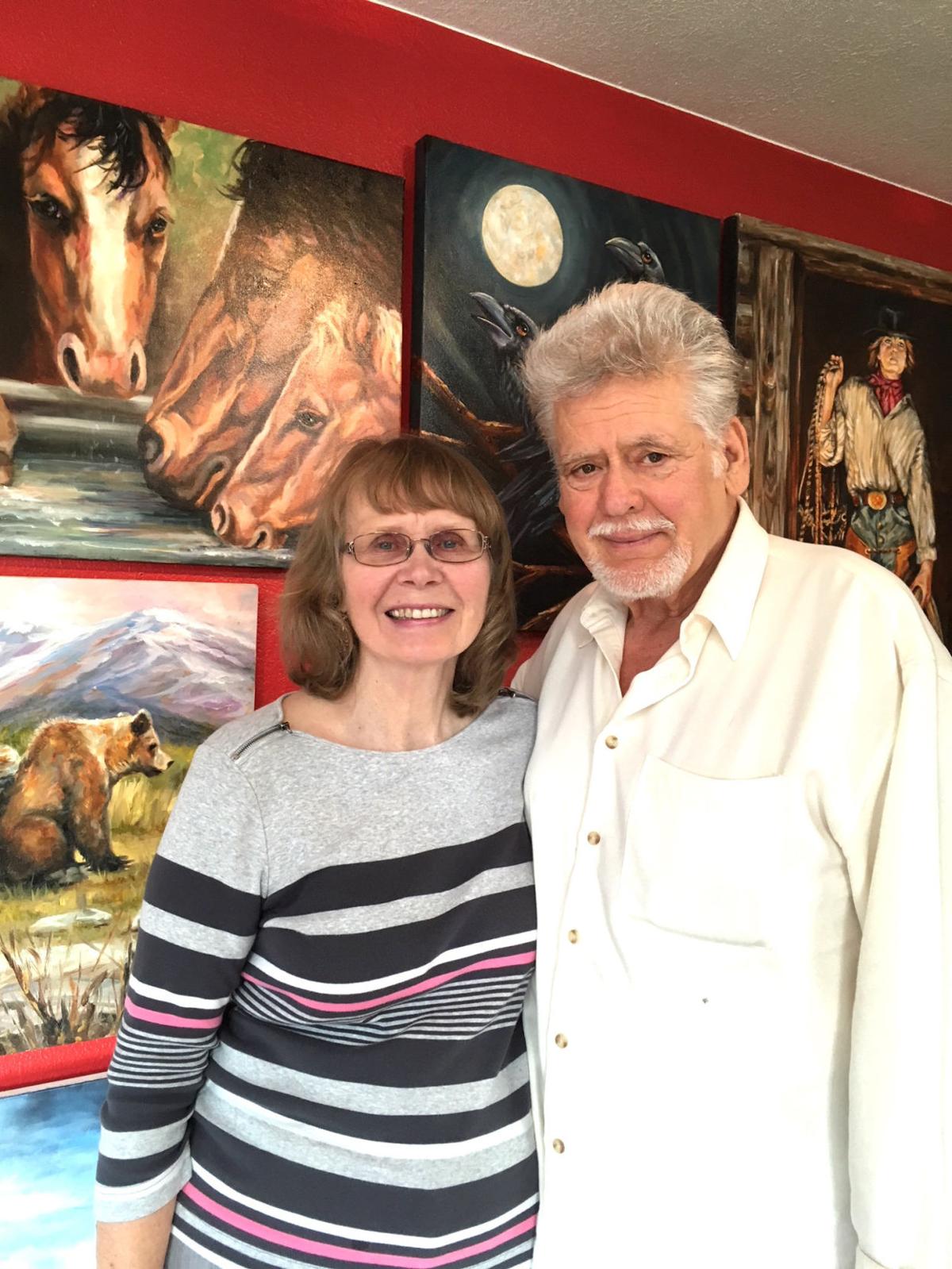 Karen and Blue Bond at their new Seaside studio. 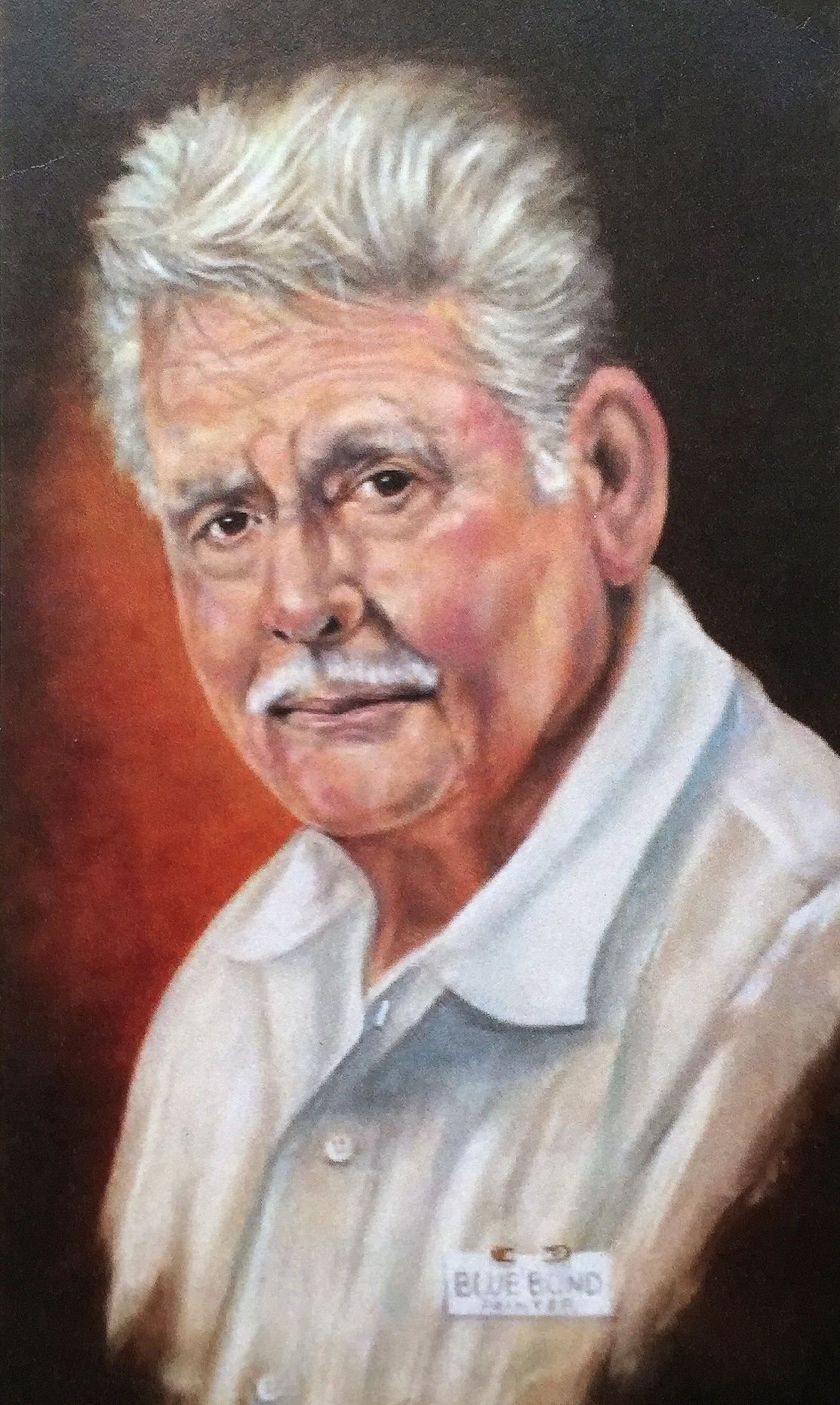 A self portrait by Blue Bond. 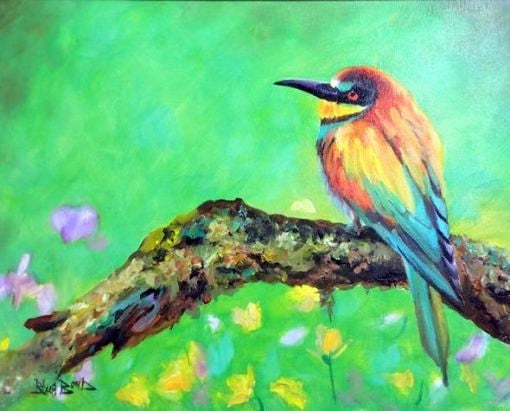 Karen and Blue Bond at their new Seaside studio.

A self portrait by Blue Bond.

Blue Bond, or Blue as he likes to be called, was born in Louisville, Kentucky. He says he was educated in Tacoma, Washington, but you may detect a bit of Southern charm in his accent. He’s been a professional full time painter since 1967.

“I’ve been painting for four decades,” Bond said. “I love painting and I love showing my work, but what I really love is teaching. I like passing on all the knowledge of painting that was given to me.”

Blue Bond Studio and Gallery opened just about a month ago in Seaside after a year in Cannon Beach.

“I specialize in private oil painting classes for beginners to professionals,” Bond said. He works in oil himself, but his classes are in oil and acrylic. Students provide their own supplies, including paints, brushes, thinner, palette paper and canvas, which must be had by the second class. Students provide their own subject matter in the form of two photographs. Adult three-hour group classes are available; family members who take a class together get a discount. Two-hour private classes are also available with all basic materials provided. Art groups of up to six friends are encouraged.

“I teach the basics,” Blue said. He said students are amazed how quickly their creations materialize. He’s taught hundreds of people in Vancouver, Washington, who in turn produced thousands of paintings, some winning awards in art competitions.

Blue Bond Studio and Gallery is an enchanted space. Step inside and it’s immediately clear you’re in a working art studio. Bond paints right in the gallery. He and his wife, Karen, and their two brindle boxer brothers, Bo and Diesel, reside in the living quarters. Blue and Karen met 23 years ago when she worked in banking. She’s retired from that now. These days, she’s is in charge of the business end of the gallery.

There are lots of paintings on the walls. It’s a bit mesmerizing. His work is representational. A critic at a show he did in Taos, New Mexico called his distinctive style “fantastic realism.” Another critic called it “intense expressionism.” Bond’s work is included in many private and corporate collections. In 2005 he was commissioned to do an oil painting commemorating the 60th anniversary of the end of World War II. The anniversary event, “America Celebrates Freedom” took place in Vancouver, Washington, and was the largest such event in the U.S. sponsored by the Department of Defense. That painting is now on display at the Vancouver National Historic Reserve Trust.

Bond enjoys painting people. He loves doing portraits. He’s often asked to paint someone’s likeness on commission. He showed a reporter a painting of a man soon to leave the planet. He paints nudes. He paints animals. Some of his most remarkable work is of equines. Many people think the eyes are the hardest thing to paint of a horse or a mule or a donkey. Bond nails it.

In 1961 Bond was a student at the San Francisco Art Institute. A newspaper clipping on the wall from the time shows Blue Bond with his instructor, Professor Shapiro, and a judge of the student show his work appeared in. That judge is none other than the esteemed painter, Elaine de Kooning, an Abstract Expressionist and Figurative Expressionist artist.

After graduating art school, Bond hit the road, traveling the southwest and painting all the while. Throughout his 20s he said he primarily stayed in Taos and Santa Fe, New Mexico.

In 1977, Bond was supposed to start a job working for a sign company in Vancouver, British Columbia.

“I never made it to the job because I took on a job painting a giant outdoor mural in Vancouver, Washington. I knew it would take months to paint,” he said. “The man who owned the building and who commissioned the mural gave me $5,000 to get started. We talked for a little while and then he went into a back room and came out with that amount in cash. Can you believe it? He’d never laid eyes on me before that day.”

Bond said he and his wife enjoyed coming to the coast. For a year he had a studio and gallery next to Jeffrey Hull’s gallery in Cannon Beach, but he and his wife were still living and commuting from Vancouver.

“It was just too much driving,” he said. “So when this space in Seaside that could also be living quarters became available, we just jumped on it.”

For more information about the gallery and painting classes, email Bond at bondstudio@gmail.com. Call him at 503-739-0660 or log on to his Facebook page. The studio and gallery are located at 417 S. Holladay Dr., Seaside.

He also teaches in Cannon Beach by appointment.