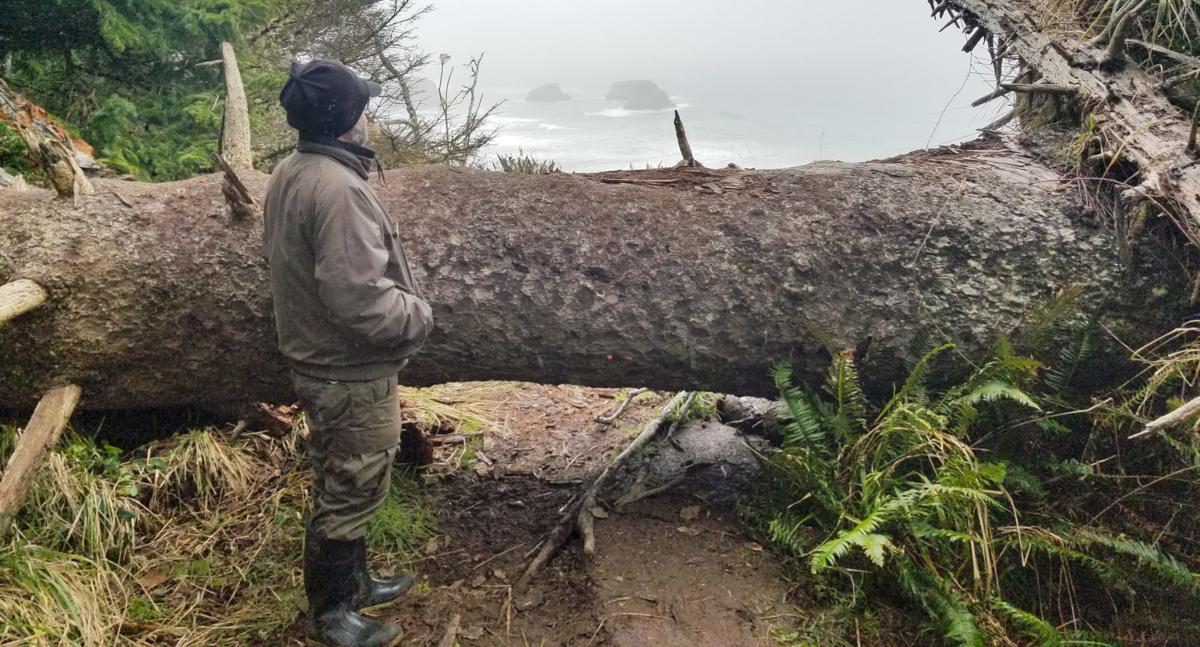 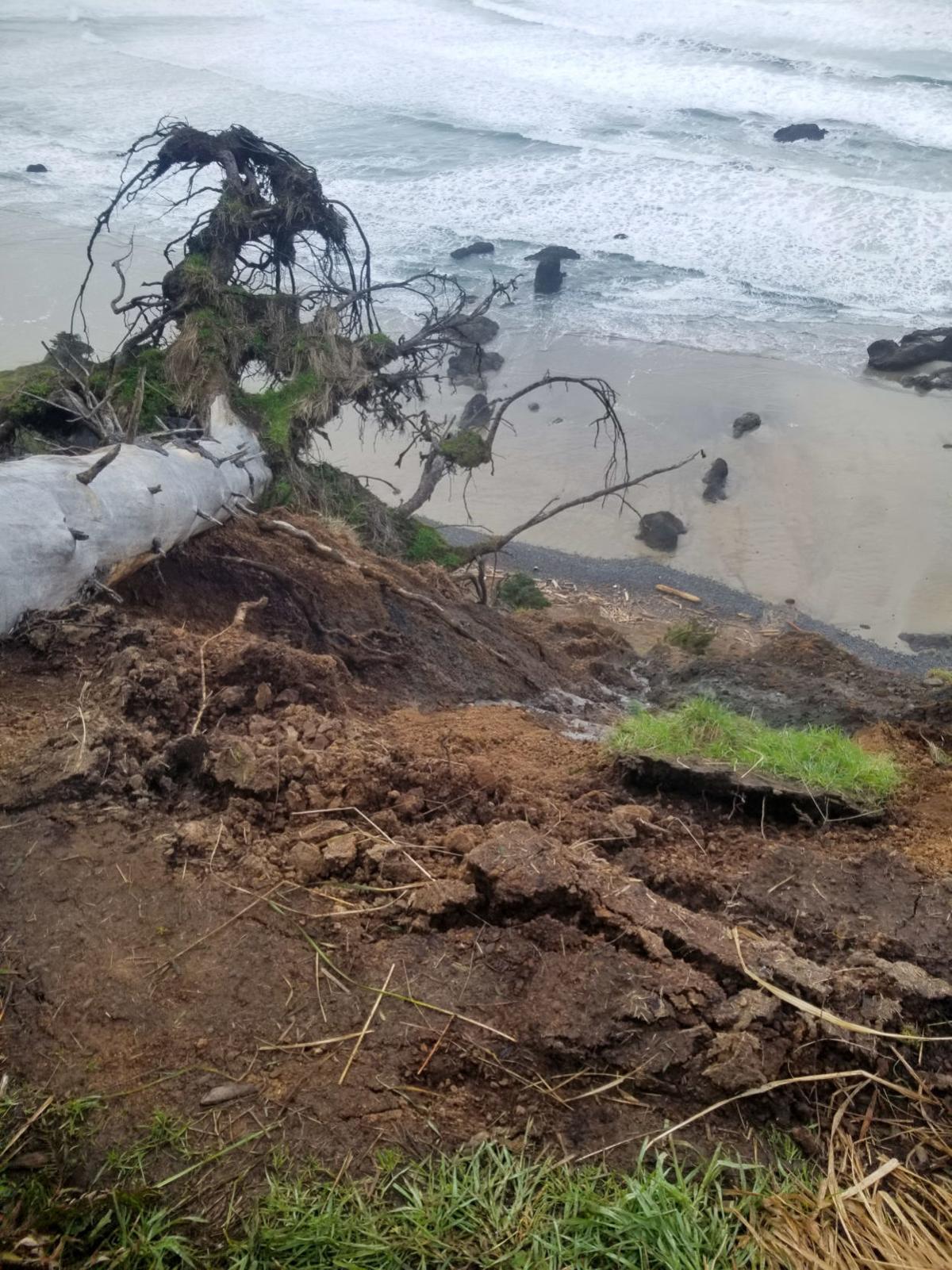 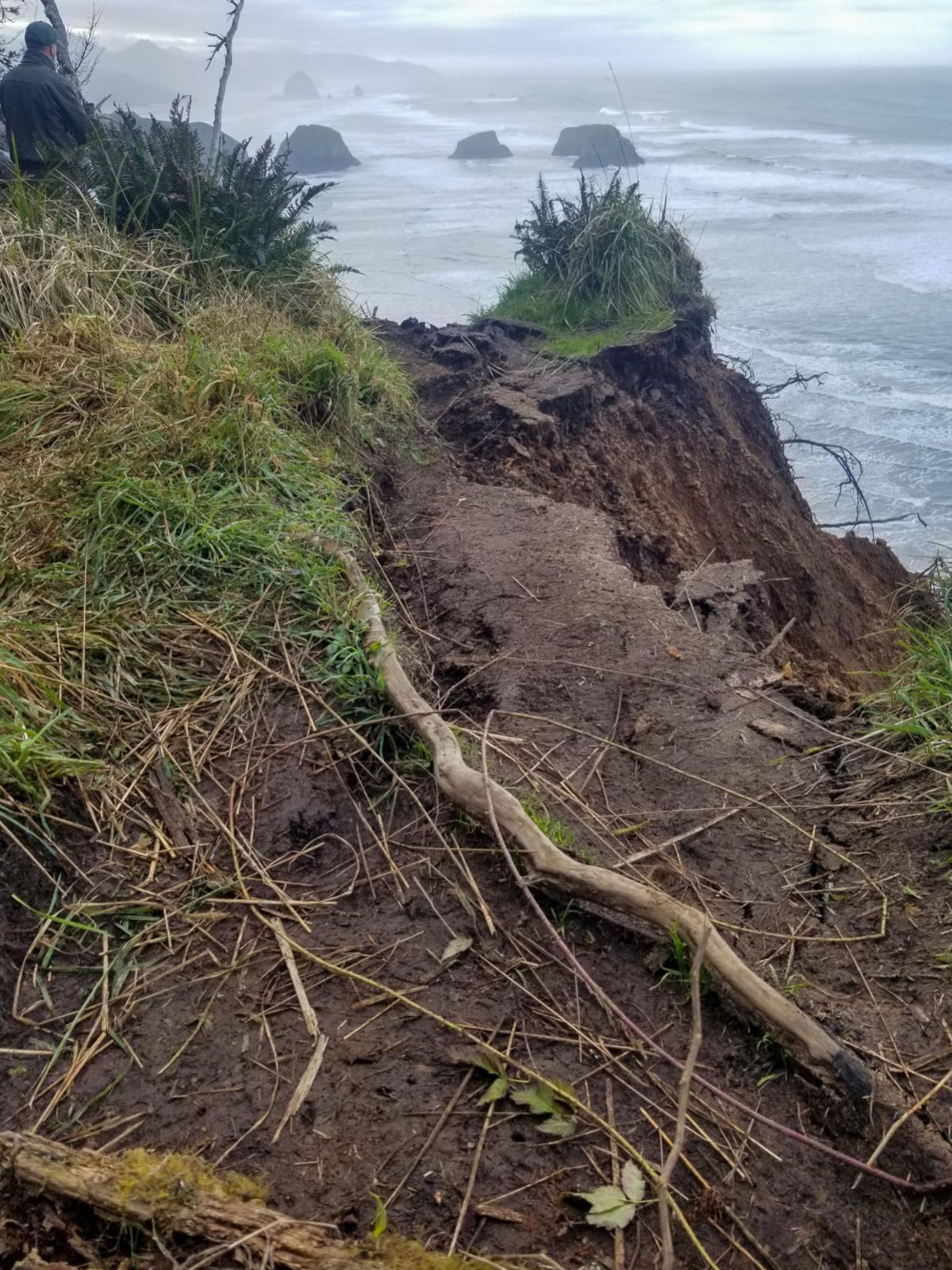 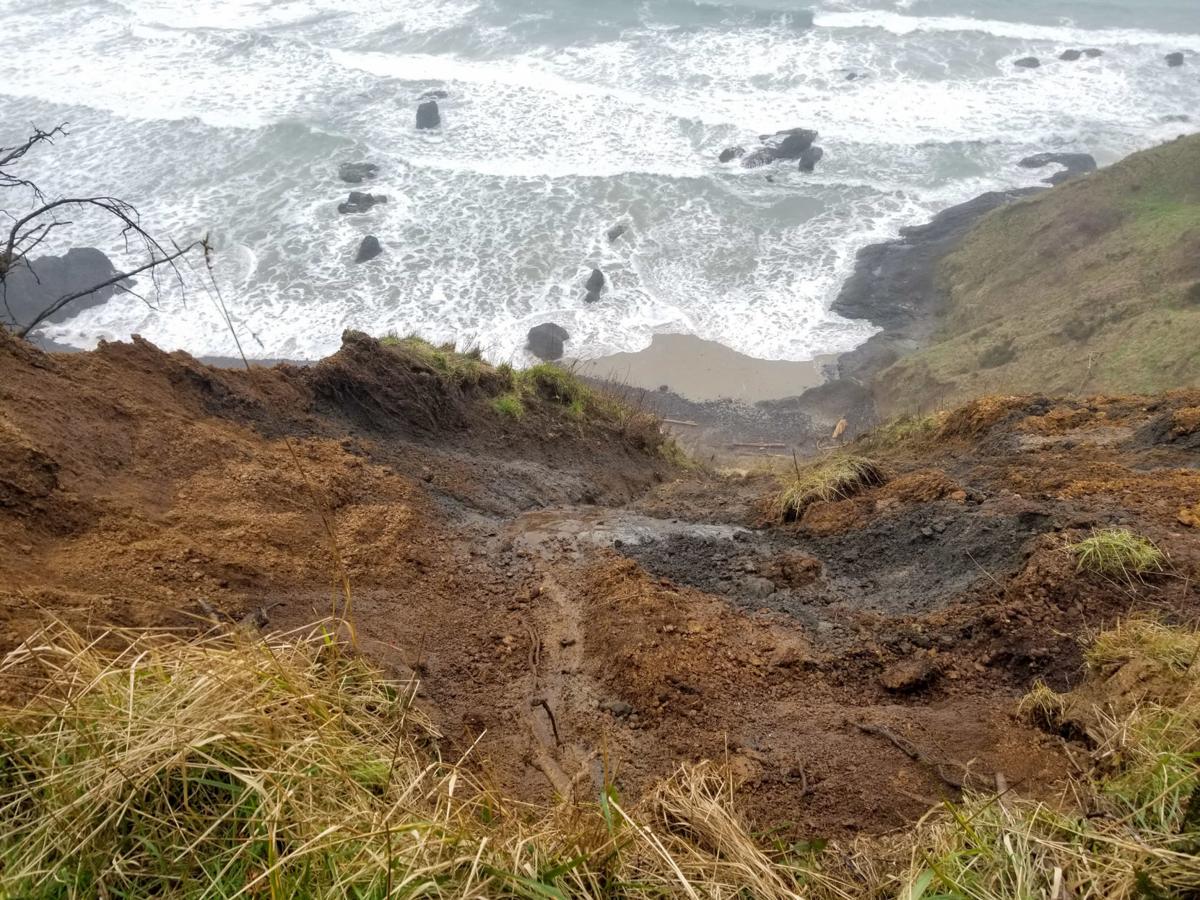 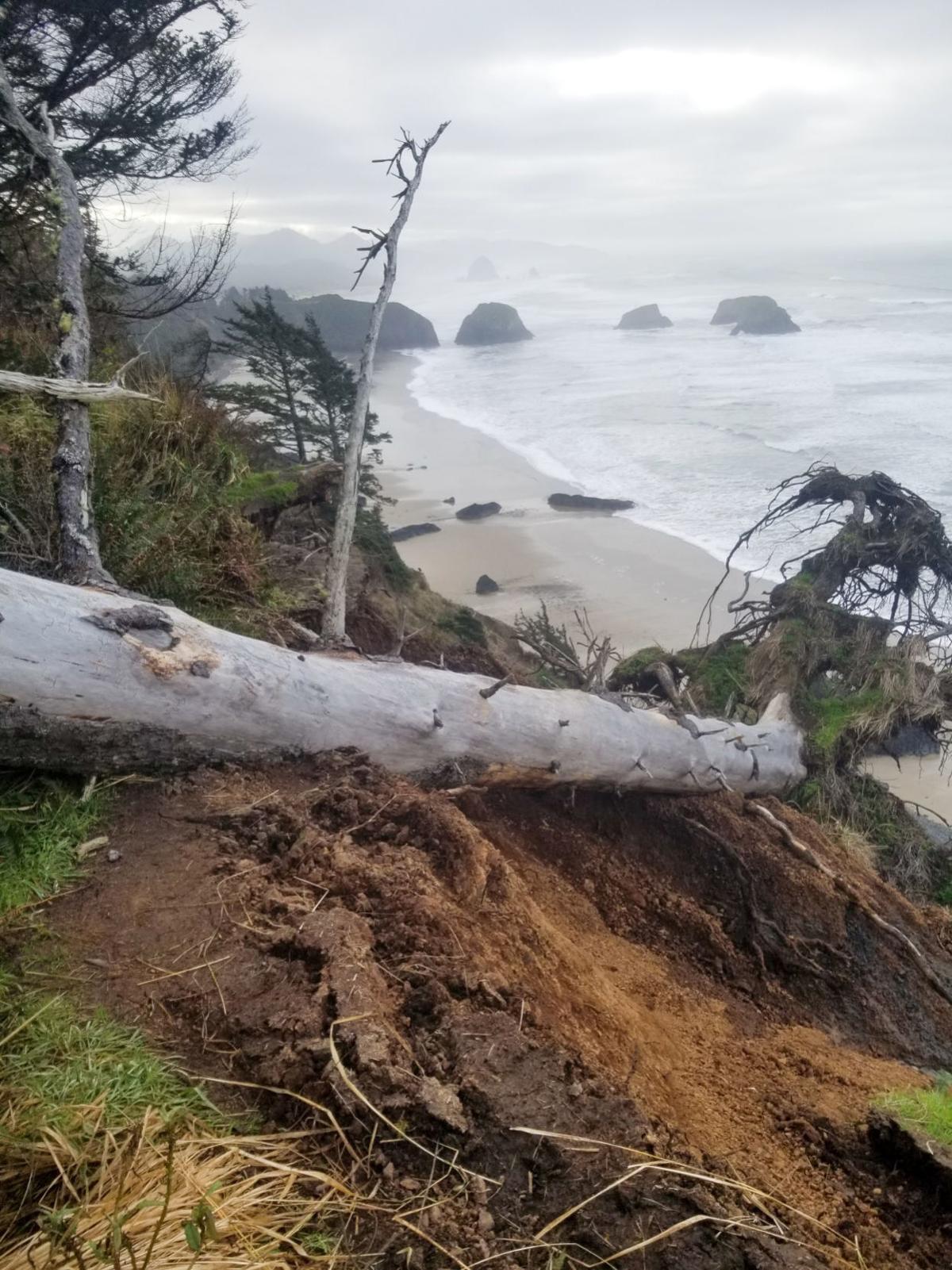 As of Feb. 12, Ecola State Park has been closed until further notice south of Indian Beach Day-use Area. Recent landslides in the park have damaged the park entrance road and wiped out about 100 feet of the Crescent Beach Trail.

Chris Havel, communication and research division of Oregon State Parks, said the section of road needs constant repair. Oregon State Parks did a landslide study in July 2016, in which they documented that an over 700-foot long section of the road from Cannon Beach to Ecola State Park is cracked and requires repair each winter. Starting over 400 feet south of the entrance booth, the pavement was cracked and dips down into the basin containing the active landslide.

Continuation of the pavement cracks were observed in the slope above the road. The study said repeated damage to the road is caused by a large, well-developed landslide with a headscarp located above the road and the toe of the landslide in the 40 degree plus slope that extends down to the beach. Considering the well-developed landslide topography, this slide has likely been active since well before the construction of the access road. Mitigation of landslides of this size is typically impractical or very costly and involves significant impacts.

Continued maintenance is common for large landslides, the study said. Damage to the waterline resulting in discharge onto the slide could significantly impact the slide movement. Measures to reduce the risk of a major discharge were recommended.

“The road is a mishmash of pavement and gravel now due to past repairs,” Havel said. “The recent movement damaged the underground waterline, weakened the road and made portions of it steeper and therefore more difficult for passenger vehicles.”

Havel said the repair strategy is to do just enough to get the road back open and the waterline repaired.

Havel said they do not have a re-opening date to announce at this time.

“We’re hoping to get bids from local firms to repair this by re-grading the road, removing more of the pavement and replacing it with gravel – which survives small movements better and is easier to repair – and restoring the waterline,” Havel said. “We’ll provide an estimated opening date when we can do it reliably.”

Havel said they will also revisit the broader repair strategy.

“We may still come to the same conclusion – that continuing repairs to the current road is the way to go – but we will also consider the benefits and costs of finding a different route for cars into the park,” Havel said.

Havel said that would be a longer term, more expensive option and, a more detailed geotechnical report would need to be completed.

With the closure, there is pressure on other state parks, like Oswald West State Park and Indian Beach Day-use Area.