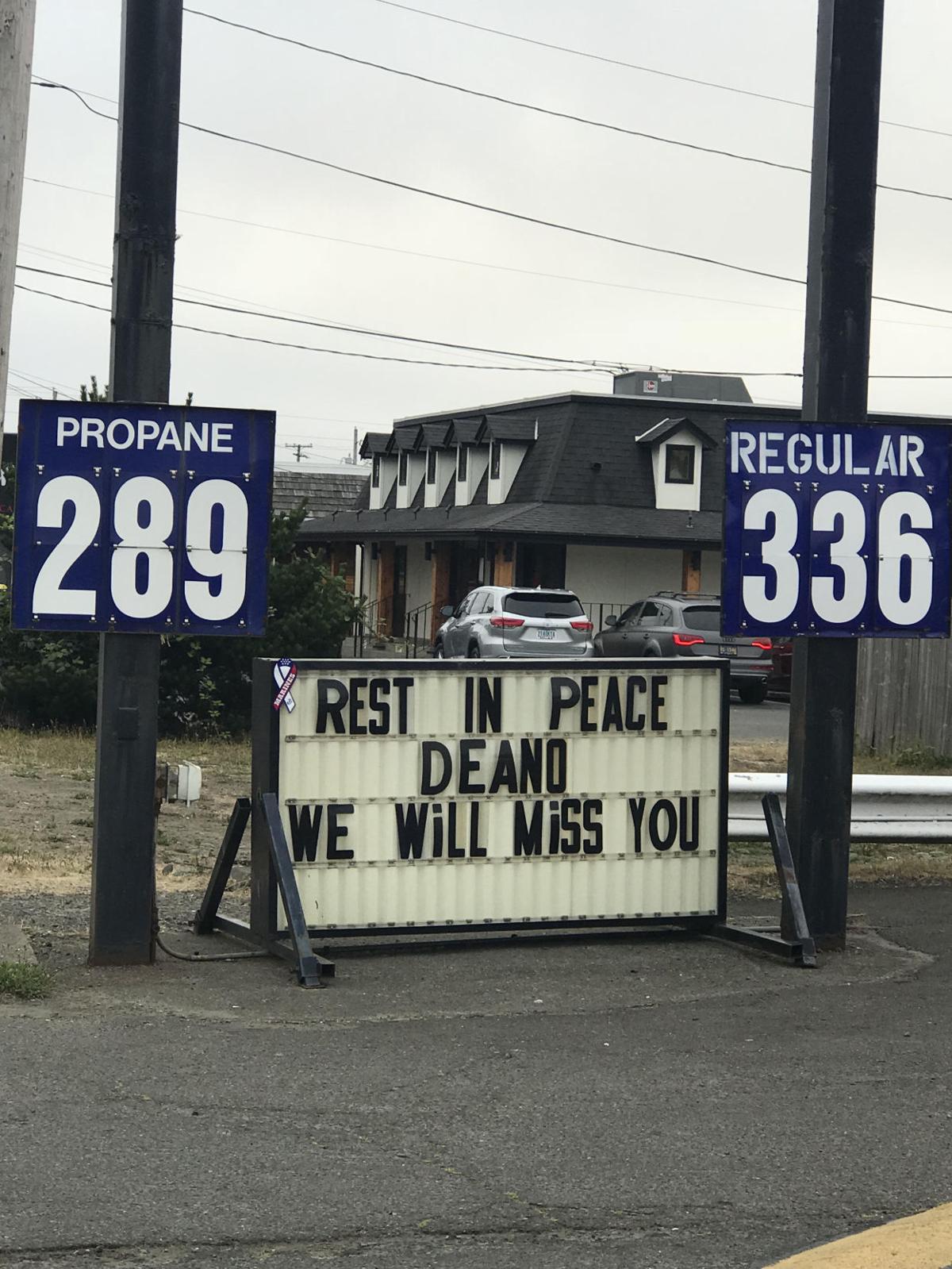 A message outside Gorilla Gas honors Cashus Dean Case, who was shot and killed by Seaside police. Case worked at the gas station.

Authorities are investigating a fatal officer-involved shooting in Seaside.

A message outside Gorilla Gas honors Cashus Dean Case, who was shot and killed by Seaside police. Case worked at the gas station.

Authorities are investigating a fatal officer-involved shooting in Seaside.

SEASIDE — The Seaside man who was shot and killed by police last week allegedly refused an order to drop two black powder pistols and appeared to be concealing one of the guns behind his back, authorities said Tuesday.

In the first detailed account of the July 24 shooting, Clatsop County Chief Deputy District Attorney Ron Brown said police first responded to the Seasider RV Park after a man was mauled by a dog and suffered serious injuries.

Officers left the scene but came back after a report from a neighbor that Cashus Dean Case, 44, armed himself and was seen waving the pistols. Case, who had helped the man who was attacked by dogs, allegedly threatened to kill the dogs.

When two officers arrived, they ordered Case to drop his weapons, but he did not comply, Brown said. Instead, he appeared to have one of the guns behind his back while turning toward the officers with the other firearm in his left hand.

Davidson and Officer Jess Vaughan, who was at the scene with Davidson but did not fire any shots, have been placed on paid administrative leave, which is standard practice.

An autopsy on Case was conducted by the Oregon State Medical Examiner’s Office, Brown said, but the results of the ballistics and toxicology samples are pending and could take several months.

Michaela Wilson, who lives in the RV park, cast doubt on reports that Case had threatened anyone.

After the dog attack, she said, Case had the two pistols and was complaining about “how those dogs needed to be put down.” But he was not pointing the guns at anyone, she added.

Case was walking back to his trailer to put away the pistols — holding the weapons by the barrels — when police arrived, Wilson said.

Inside her trailer brushing her teeth, Wilson said she heard yelling — and then gunfire. “I heard ‘drop your weapon’ and then just a few seconds later — pow, pow, pow,” she said. “They never gave him a chance.”

When she went outside, Wilson said she saw Case’s body near his trailer. She said the pistols were holstered and the holster was in his hand, not attached to his body.

“He would have had to hold the holster in one hand and pull the gun out with the other hand,” she said. “None of this will bring him back, but he needs to be vindicated.”

Others who knew Case said that while he could be a blowhard, it is unlikely he would have courted a standoff with police.

“The guy I knew, if they would have given him 10 seconds, they could have negotiated with him and there wouldn’t be a body on the ground,” said Jeff Walker, who worked with Case at Gorilla Gas.

Ken Case Sr., Case’s father, drove from Elk City, Idaho, to Seaside after he heard about the shooting. He said his son, who moved to the coast from Idaho two years ago, had a daughter and liked to fish.

While the two men had their ups and downs, he defended his son and appealed to people not to judge Case by a felony drug conviction in 2012 that prohibited him from having guns.

“He was the type of guy where if you were digging a hole and there was an extra shovel, he’d pick it up and start helping.”

Ken Case Jr., Case’s brother, said they fought like brothers often do. But he described Case as very protective. “He’s not perfect,” he said. “But he’s not the type to pull a gun on a cop.”

Davidson and Goodding were trying to arrest Phillip Max Ferry on a felony warrant downtown when Ferry resisted. Davidson fired his Taser at Ferry, who fired one shot from a pistol back at the officers, hitting Goodding under his bulletproof vest. Davidson fired several rounds from his gun and killed Ferry.

An investigation concluded that Davidson was legally and morally justified in shooting Ferry.

In December 2015, Davidson was among several officers involved in a traffic stop on U.S. Highway 101 that nearly spun out of control.

A Wheeler man refused to give his driver’s license to a Cannon Beach police officer who had stopped him for a defective headlight. After a protracted debate on the side of the highway, the driver started his car, prompting Davidson, who had placed a spike strip in front of the vehicle, to draw his gun and order the driver to turn off the engine.

The Cannon Beach police officer cautioned that officers did not have to force the driver to accept a traffic citation. Officers ultimately left the citation under the man’s windshield wiper, and he drove away.