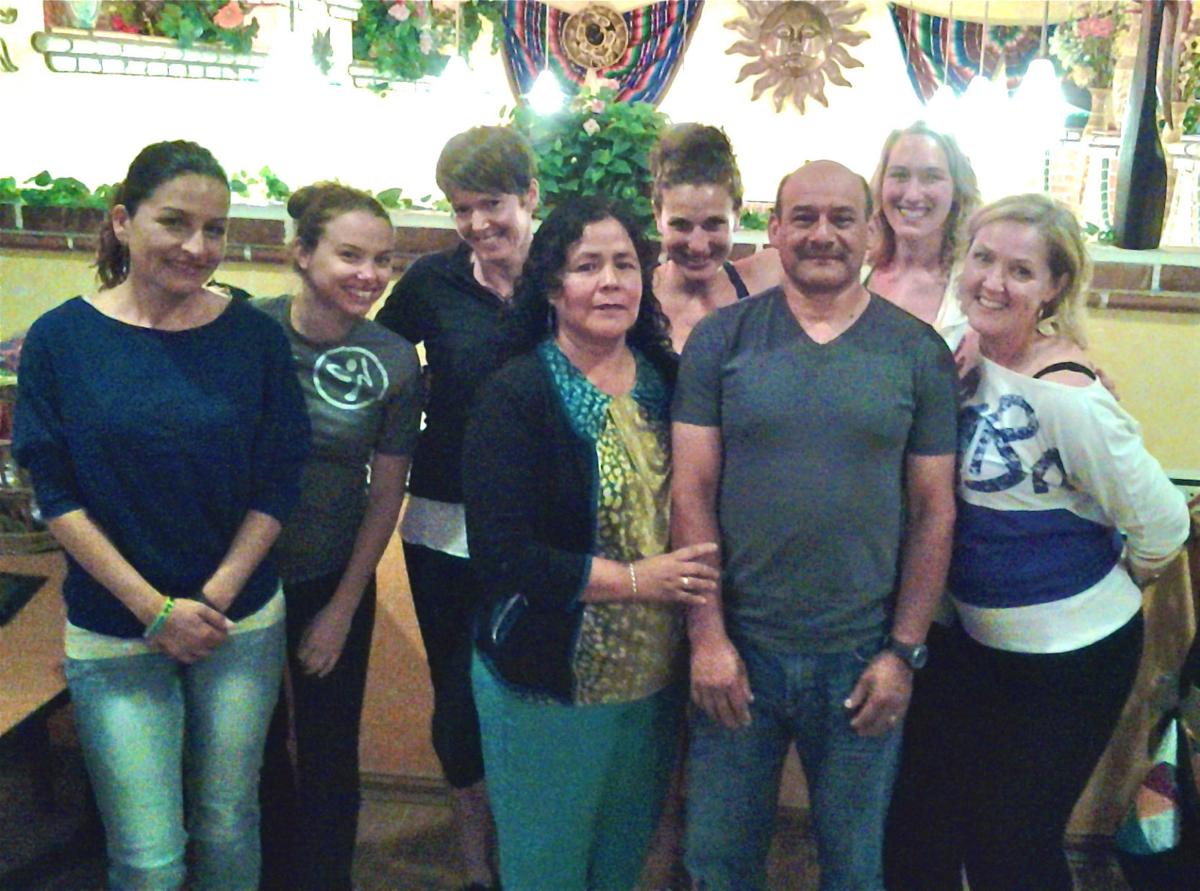 The North Coast Zumba Network is hosting a Zumba Dance Party fundraiser Friday to benefit Carmen and Victor Campuzano (front row) and their family, who experienced a significant theft earlier this year. 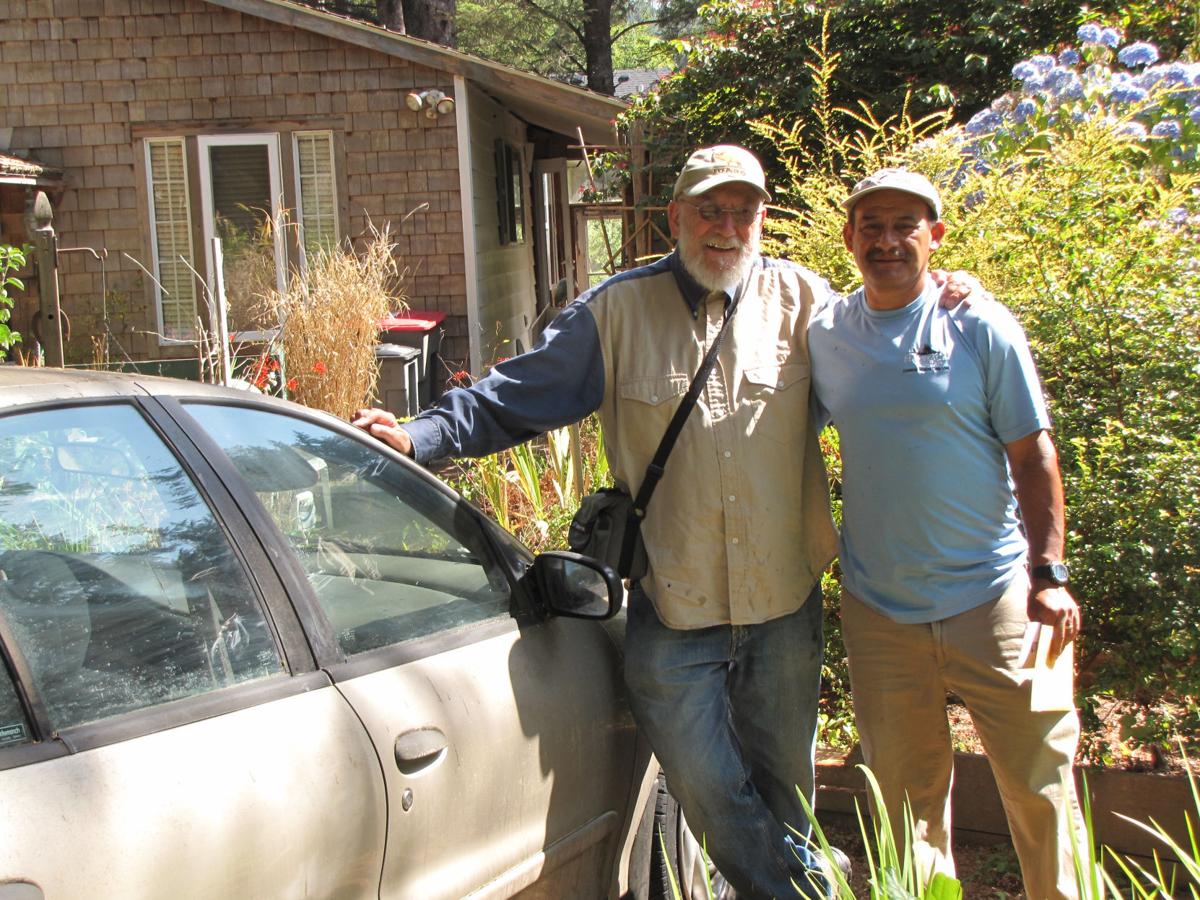 The North Coast Zumba Network is hosting a Zumba Dance Party fundraiser Friday to benefit Carmen and Victor Campuzano (front row) and their family, who experienced a significant theft earlier this year.

SEASIDE — After a devastating loss, a Seaside family found an outpouring of love and support from their communities. An event Friday at Seaside High School will continue to demonstrate that community support as Zumba instructors from Knappa to Nehalem will host a Zumba dance party fundraiser to benefit the Campuzano family.

During a January trip to visit family in Mexico, the Campuzanos were staying overnight in a hotel in California when their 2003 Chevrolet Tahoe and an accompanying trailer filled with personal items were stolen. Overall, the stolen items were estimated at $30,000.

Since then, the communities in both Seaside and Cannon Beach have responded with support and care, said Carmen Campuzano, who lives in Seaside and works at Sleepy Monk Coffee Roasters and the Lumberyard Rotisserie & Grill in Cannon Beach.

“I got a lot of love from everyone, and it makes my heart so happy,” Campuzano said.

A Cannon Beach couple, Rex and Diane Amos, created the Campuzano Family Fund, and donations can be made at any Columbia Bank branch on the coast from Astoria to Tillamook.

The Zumba fundraising dance will be held from 6 to 8:30 p.m. Friday at Seaside High School. The event will begin with a 30-minute kids dance party. A Zumba party for anyone 12 and older will follow at 7 p.m.

Zumba is an international dance-fitness program instructor Erin Hofseth described in a news release as “a fun, individualized, effective form of exercise and self-expression.”

Admission to the benefit is a suggested donation to go to the Campuzano Family Fund. Tickets can be purchased in advance from Zumba instructors in the area, at Pacific Crest Cottage in Gearhart or at the door the night of the fundraiser. One ticket includes admission to both events.

The North Coast Zumba Network’s goal “is to offer a compassionate community a way to respond creatively and generously to the unfortunate events experienced by fellow community members,” Hofseth wrote.

The theft, which occurred overnight in Delano, Calif., was captured on the hotel’s security camera footage. Police recovered the Tahoe, found abandoned on the highway a few days later, and a plasma display TV, but approximately $30,000 of items — including two mattresses, an exercise bicycle, three laptops, one dryer, two washing machines, two microwaves, an iPad, a clarinet, school books, Victor’s custom-made carpentry tools and boxes of clothing — were not found. The family also lost about $4,000 in uncounted tips earned by Victor. Many of the items were gifts the Campuzanos collected to take to their family in Pátzcuaro.

So far, Carmen and Victor’s insurance company has not responded as to whether they will cover all or part of the loss, and Carmen said she does not feel they are close to an answer. The latest word from the Delano Police Department is the case is closed, but it is unclear whether a suspect was apprehended, Carmen said. Fortunately, relief has come to the Campuzanos through help from family, friends and colleagues.

“I feel like Seaside and Cannon Beach, where I’ve been for more than 20 years, they really have lots of love in their hearts, and I thank God for that,” Carmen said.

The community’s response to the event has shown her, she said, “how not all people are bad.”

From a family dentist who dropped about $1,500 in charges Julio was incrementally paying off, to a local lawyer who offered his assistance if needed, numerous people are looking out for the whole family, Carmen said.

“It makes me feel so calm and so good to have people taking care of me,” she added. “I’ve been so blessed from everywhere.”

Because some of the stolen items had sentimental value, they are irreplaceable, but Carmen said they are thanking God they were physically unharmed.

Gearhart resident Joy Sigler got the idea for the Zumba event after learning about the family’s loss through an article published in the Seaside Signal in May.

“I thought this would be a great time to give them a community hug,” she said. She wanted to show support and sympathy and “try to make lemonade out of lemons.”

Because Zumba has a high number of Hispanic participants, she said, she thought it would be an appropriate event to celebrate the Campuzanos’ culture.

She started organizing the fundraiser, and other Zumba instructors joined to form the North Coast Zumba Network to help advertise and host it. This is the first time the network is collectively putting on an event.

The dance seems fitting, Carmen said, because “when bad things happen, you’re supposed to have a good attitude and keep going.”

“I want to be there and it will be fun and nice to see everyone and feel the power and energy from everyone there,” she said.