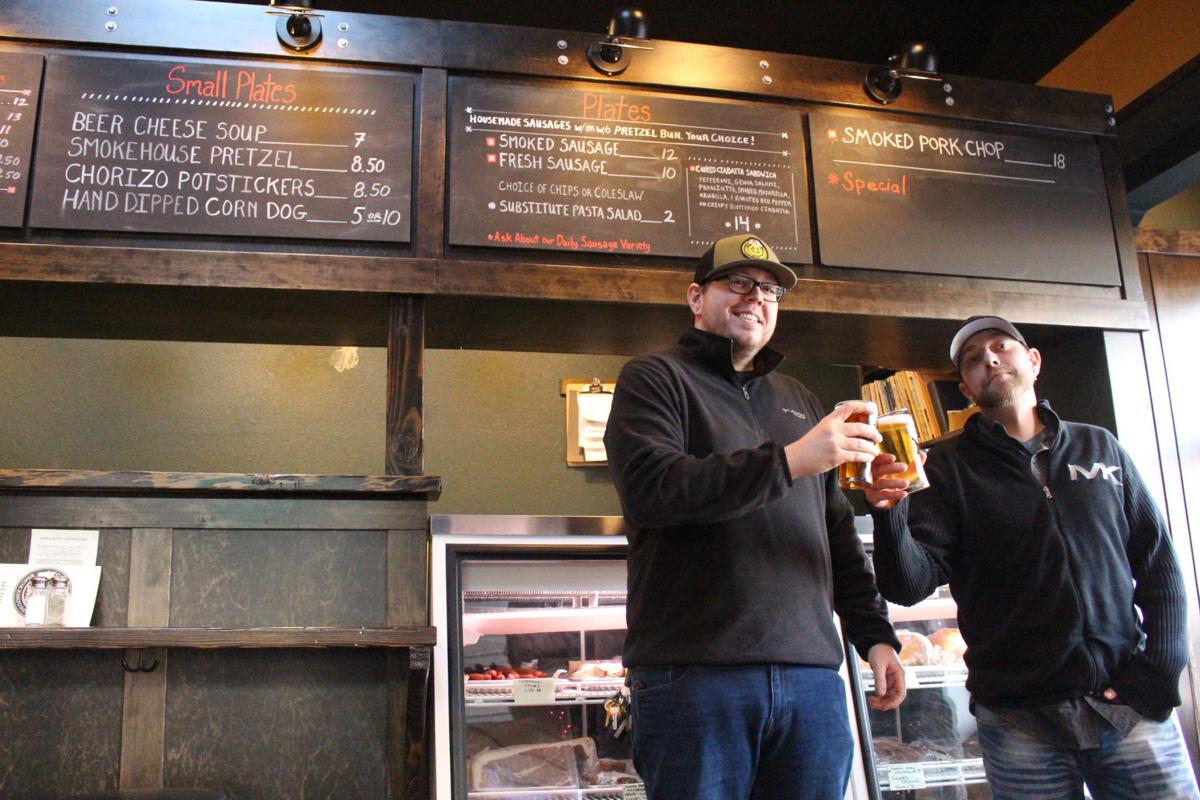 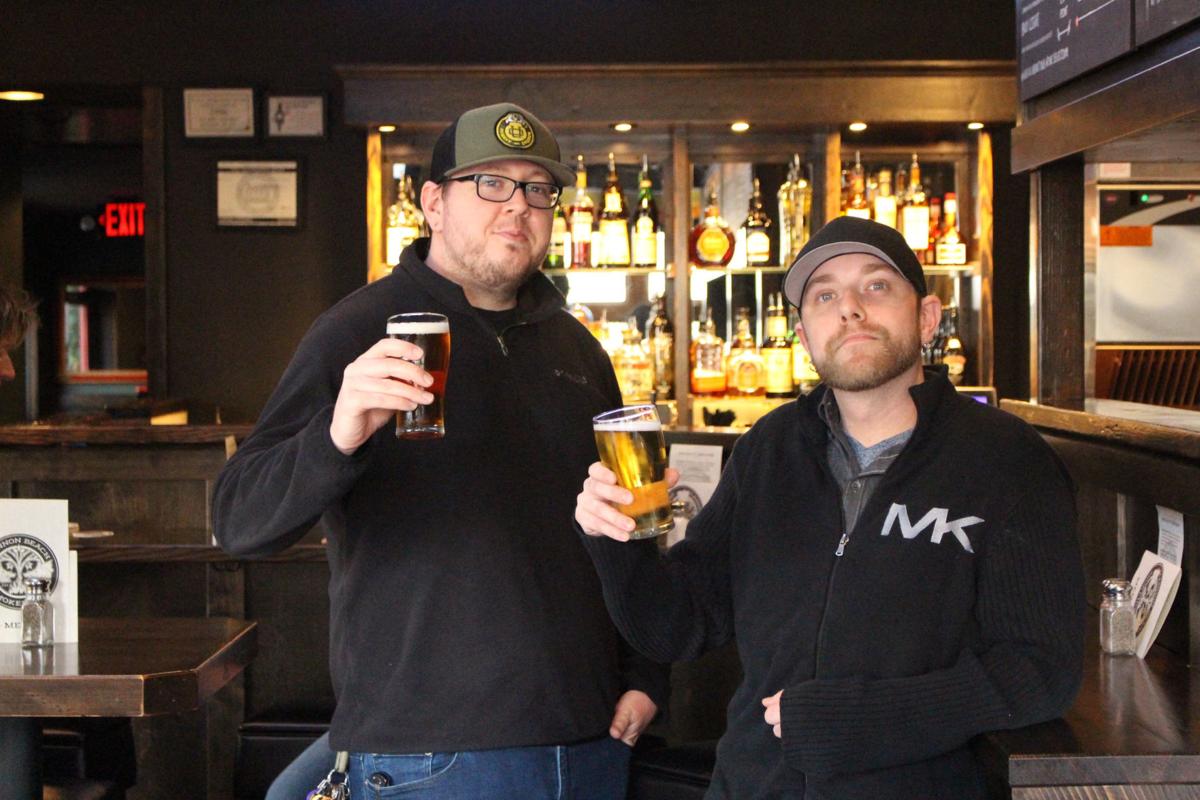 At first glance, it’s hard to imagine how a cold-case deli, bar and restaurant fit into the 700-square-foot space squeezed in at 131 Second Ave.

But Brian Raymond and Jacob Bond managed to do it.

“It was a tight squeeze, but I think we maximized our space,” Bond said.

A few weeks ago, the two Cannon Beach residents opened Cannon Beach Smokehouse Charcuterie & Bar — a deli and pub that serves what Bond calls “craft comfort food.” The aesthetic is rustic at heart with hardwood detailing and a boar head mounted on the wall, juxtaposed with the more modern, large-screen TVs.

Deli cases are filled with hand-smoked and cured meats, and the menu offers items like beer cheese soup and chorizo pot stickers. The tap list is thanks to Bill’s Tavern and Brewhouse — their partner in business.

“We wanted to do something that Cannon Beach doesn’t already have,” Raymond said. “This town is great at clam chowder, fish and chips, and things like that. With the brewery as a partner, the inclusion of a craft charcuterie is a perfect match.”

Technically, the owners began the process to open the charcuterie about two years ago. But in a certain sense, the beginning of this story is when Raymond first started working at Bill’s Tavern and Brewhouse as a bartender more than 12 years ago.

For as long as he can remember, Raymond has been a self-proclaimed foodie. Trying different restaurants is his favorite part of any vacation. His love for food was taken to the next level when he purchased a small-scale smoker. He began experimenting with smoking the salmon and cod he would catch on his fishing trips and would share the final product with his friends.

Raymond shared his passion with Bond, a longtime friend, who before venturing into the world of cured meats ran Voyages Toy Co. in Sandpiper Square. He was looking for a way to get back into the retail world of Cannon Beach, and couldn’t think of a better way to do so than with such a close friend.

“I was impressed with his product and his passion. I saw this as an incredible opportunity to own a business with a friend,” Bond said. “They tell you never to do that, but so far, so good.”

Around the same time, the property behind Bill’s Tavern and Brewhouse opened up. After 12 years of working as his bartender, Raymond struck a deal with Jim Oyala, who owns the tavern and the building, to open the smokehouse there.

“At Bill’s, we’re family. We work together, and the bond we have is real, and emotional,” Oyala said. “Raymond is one of the best employees I have ever had, and I didn’t want to lose him. So we collaborated with this smokehouse.”

Both Raymond and Bond have cherished memories of summers spent in Cannon Beach as children, and having the opportunity to own and operate a business they love as much as the community in which they live is something for which they both feel grateful.

“I feel incredibly blessed. I’m definitely not taking this for granted,” Raymond said.

As the business expands, Raymond and Bond hope to continue to create more partnerships with local restaurants. But the relationship between Raymond and Bill’s Tavern and Brewhouse will always be a little different.

“There is something synergistic about this whole space,” Oyala said. “You can feel it. This is where people who really love Cannon Beach will come, because they will feel it, too.”