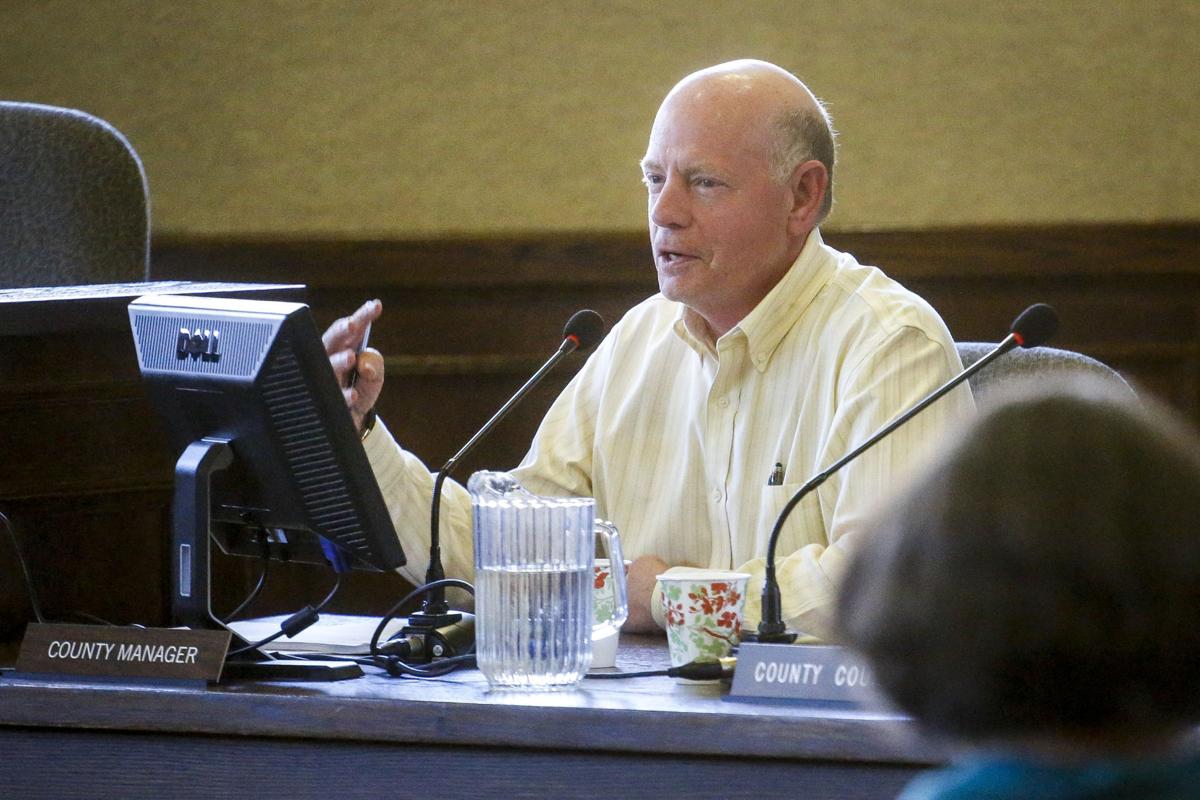 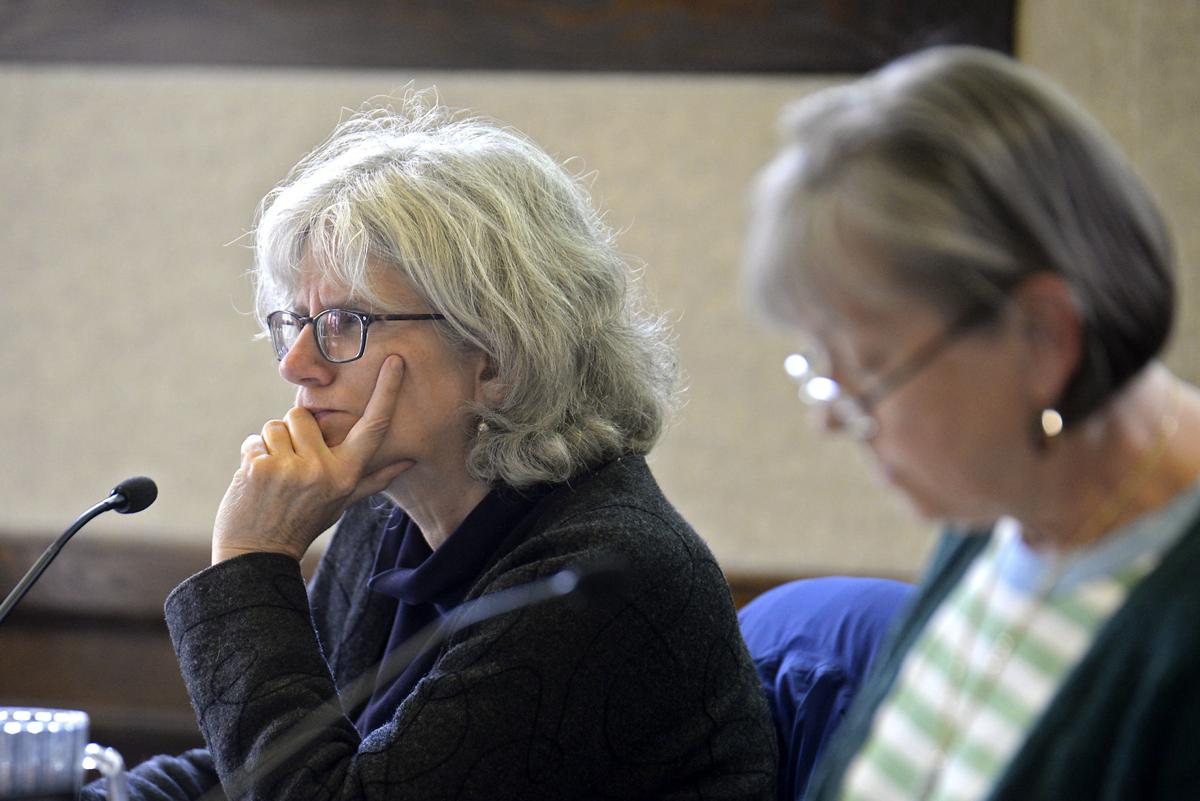 Cameron Moore remembered Wednesday how he studied the Clatsop County charter on his flight from Illinois to interview for the county manager job in 2016.

Nearly 2 1/2 years later, he views that moment in a less optimistic light.

“So many times since I’ve been here, I’ve looked back and said, ‘What a waste of time that seemed to be,’” Moore said, ‘but I think there are some things in the charter that are really important.”

Public and private clashes between commissioners — many involving Moore — came to a head in April when the county manager chose to skip a Board of Commissioners meeting. Though county managers traditionally are expected to attend meetings to provide commissioners with information, he specifically cited criticism from Commissioners Kathleen Sullivan and Lianne Thompson in explaining the decision.

Moore, who had offered to resign over the feuds before, has since apologized for missing the meeting, though he did not back away from his comments. The comments exemplified the county manager’s increasing willingness to publicize what he has called “rude” and “unprofessional” behavior by the commissioners.

At one point, Moore threatened legal action against the county over their statements and actions and asked for a financial deal to leave his position, sources said.

The clashes have, for the most part, centered on a fundamental difference of opinion on county government. Sullivan and Thompson have pushed for commissioners to have a greater role in day-to-day operations, citing their place above the county manager and staff on the county organizational chart. Moore and the other commissioners, however, say many of Sullivan’s and Thompson’s efforts have violated the county charter and board policy.

The charter — adopted in 1989 — established that the county manager is the head of the county’s administrative branch and responsible for enacting commissioner policies.

“The county charter, I think, is pretty clear about what the role of the county manager is,” Moore said.

He also read a passage saying that, if a vacancy occurs at the county management position, commissioners must immediately begin proceedings to appoint a successor.

“What that indicates to me is, is that the voters made a clear statement that, you know, we’re more comfortable with professional management as opposed to commissioners managing day-to-day operations, and they don’t want that position to be vacant any longer than it needs to be,” Moore said.

Moore, with nearly 30 years of experience in public service administration and economic development, was hired after a succession of nine county managers in 16 years. He received a positive performance review last year from the majority of commissioners. Moore said he has largely avoided making headlines throughout his career.

But he recognized Wednesday that “county managers come and go a lot more frequently here than in other places.”

He then read from the county code, which indicates that personnel matters are administrative rather than legislative. In a December email, Sullivan expressed disappointment that she was not invited to hiring interviews for a new community development director.

“It would be unwise, inefficient and impractical to attempt to incorporate details of the personnel policies into an ordinance,” Moore read. “Board of county commissioners thus expressly authorizes and directs the county manager to adopt personnel policies by administration.”

Moore acknowledged that a number of questions about the different roles are not outlined. He asked county Counsel Heather Reynolds, with whom he has often discussed managerial authority, if he had ever overstepped.

“Not that I’m aware of,” Reynolds said.

Moore then read from the board policy, which states the board’s sole connection to staff operations is through the county manager and that commissioners will govern “with an emphasis on outward vision rather than internal preoccupation. They will provide strategic leadership rather than administrative detail, and they will make sure that there’s a clear distinction of board and county manager roles.”

Another passage mandated that commissioners act with “proper use of authority” and “appropriate decorum.” An investigation last year concluded Thompson acted inappropriately by allegedly placing her hands on a county employee while discussing her dissatisfaction with Moore.

“But wait, there’s more,” Moore said. “With respect to the treatment of paid and volunteer staff, the county manager shall not cause or allow conditions that are unfair, undignified, disorganized or unclear.”

In April, Thompson allegedly made a phone call to an employee in which the commissioner warned of potential legal action by Moore. The employee described the call as “confusing and also concerning.”

His final reading citied a board policy on commissioners’ conduct at meetings. “Board members will not attack the knowledge, skills, abilities and personalities or impugn county staff members’ motives in board or at county meetings.”

During a discussion in February, Sullivan objected to a question Commissioner Sarah Nebeker asked of Moore. Sullivan later apologized but was rebuked by the county manager.

At the end of the meeting Wednesday, Sullivan — based on a request she made a few days ago — made a motion to hold an executive session to review the performance of the county manager. Commissioners voted against the motion 4-1.

Prior to Moore’s comments, Sullivan said it was “past time to resolve our conflicts.”

“It’s important that information is shared between all five commissioners and that decisions are made by the whole board,” Sullivan said. “That’s why I’ve called for an executive session, so that we can speak.”

Commissioner Scott Lee, the board’s chairman, concluded a meeting in April by discussing Moore’s absence and Thompson’s behavior. He then adjourned the meeting and did not allow Sullivan to give her commissioner’s report. He apologized Wednesday to Sullivan, who then thanked him.

Moore agreed with Sullivan that more civility is needed, but he stressed that rules still apply.