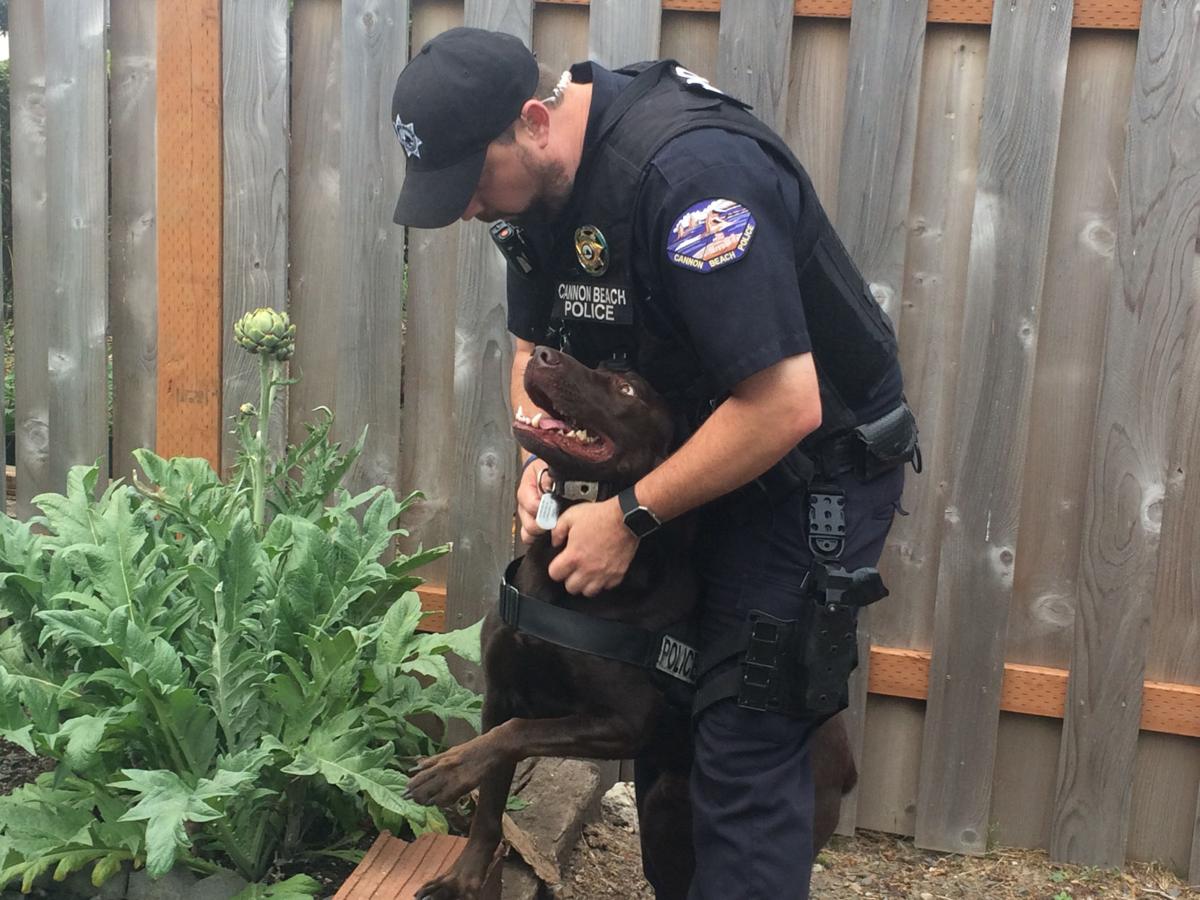 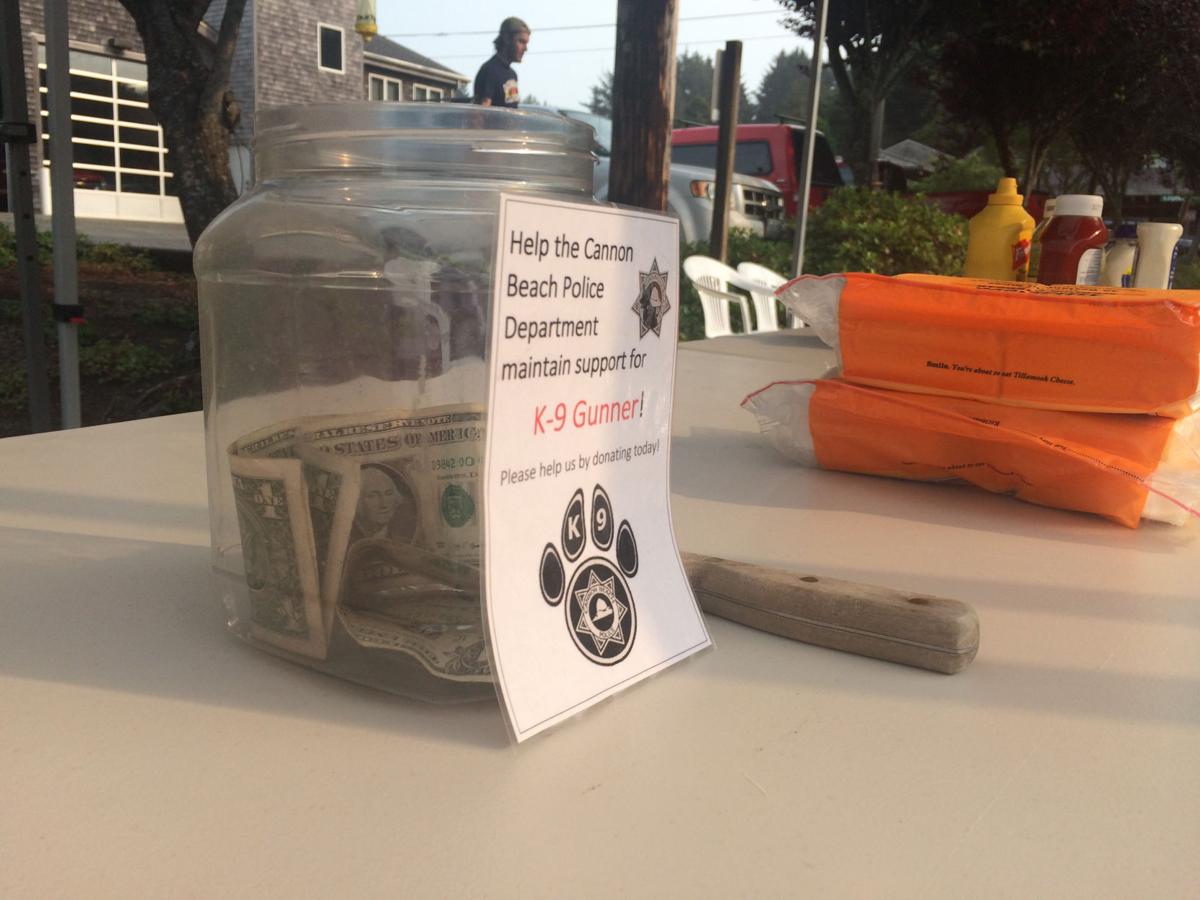 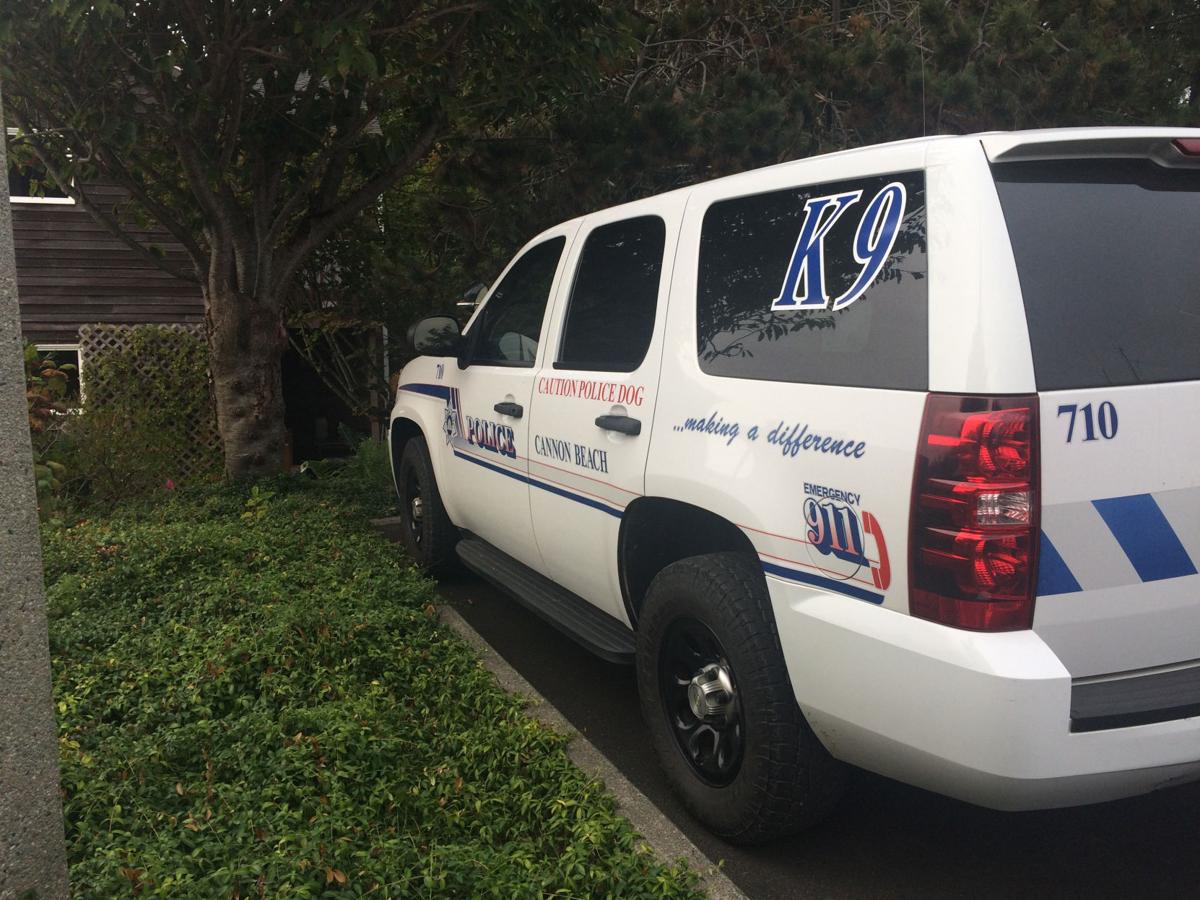 People ate burgers prepared by the police officers outside of Cannon Beach Vacation Rentals and enjoyed a drug-bust skills demonstration from the K-9 unit, Gunner.

“The event is pretty similar in nature to National Night Out. It’s an opportunity for our citizens to talk to us,” Cannon Beach Police Chief Jason Schermerhorn said. “But it’s also an opportunity to showcase our K-9 unit. People want to come see the dog, because they support the fact we even have the program.”

Cannon Beach’s one K-9 unit, 75-pound brown lab, is fully supported by donations. The program can cost approximately $25,000, which covers the cost of the dog, training, veterinary care, food, housing, a police canine kit, handler uniform and patrol car modifications for the canine. Keeping up to date with all the training necessary to stay in shape for drug searches in itself is a huge commitment, Schermerhorn said.

But this year, the department wants to fundraise around $30,000 to purchase a new K-9 police vehicle, which requires some specialized features. The current car is one of the oldest in the department’s fleet with almost 140,000 miles logged on, and more wear and tear tacked on from running the vehicle at all times to keep the temperature regulated for the canine, Schermerhorn said.

“There are drugs in every town, even small ones like Cannon Beach,” Schermerhorn said. “And we want to keep drugs from coming through by any means necessary.”

This is Corporal Joe Bowman’s first year with Gunner, who took over as the K-9 unit officer after the former officer Josh Gregory transferred to Seaside Police Department.

The training is rigorous, and when the two go out on mutual aid calls for drug searches the job requires precision and discipline. But becoming a team with Gunner wasn’t all hard work, Bowman said.

“The first two weeks you focus on bonding. Food is the way to his heart,” he said. “He’s beneficial, because in the winter when it’s slow? I’ll always have a friend. I’ve spent a lot of night talk to elk at 2 a.m.”

Because Cannon Beach only has one K-9 unit, Bowman said it can be difficult to balance regular patrol duties and K-9 officer responsibilities.

“Sometimes when I’m on normal patrol and we get a mutual aid call for Gunner, I can’t because I’ll be the only one on duty and can’t leave.”

But despite the extra responsibilities, his unexpected leap into a life with Gunner has been positive.

“We spend a lot of time training to watch for his alerts — different breathing, ears changing,” he said. “But he reads me way better than I read him. He’s the one teaching me.”

Schermerhorn said he hopes to have more fundraising events throughout the year and to work with local dealerships when purchasing the new vehicle.