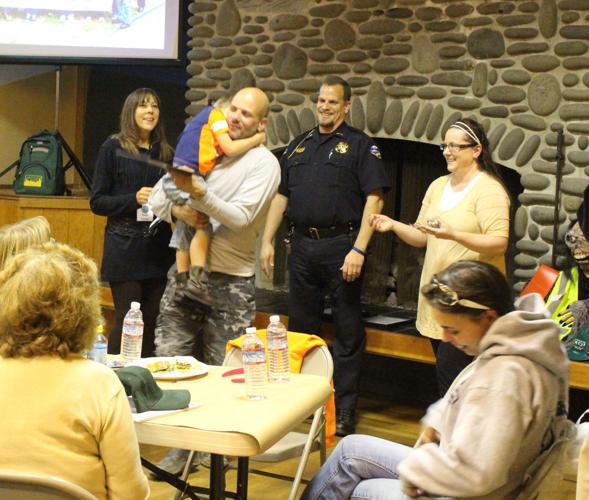 Michael Diak demonstrates his CERT chant after he is awarded the “Most Enthusiastic Award.” 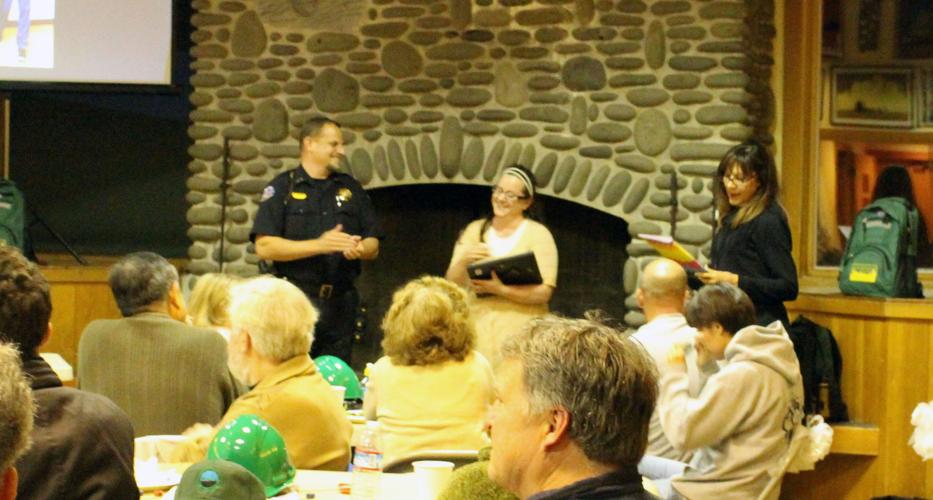 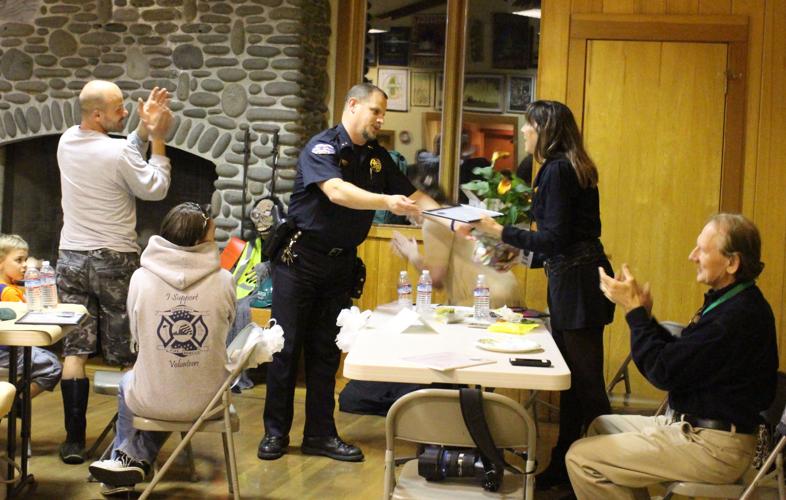 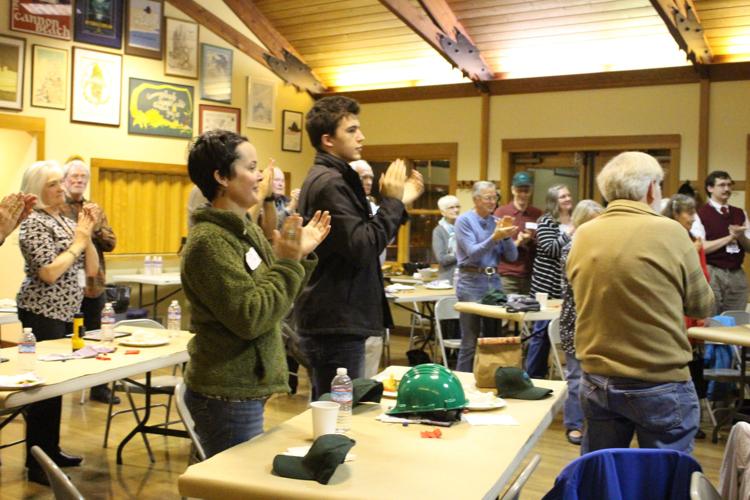 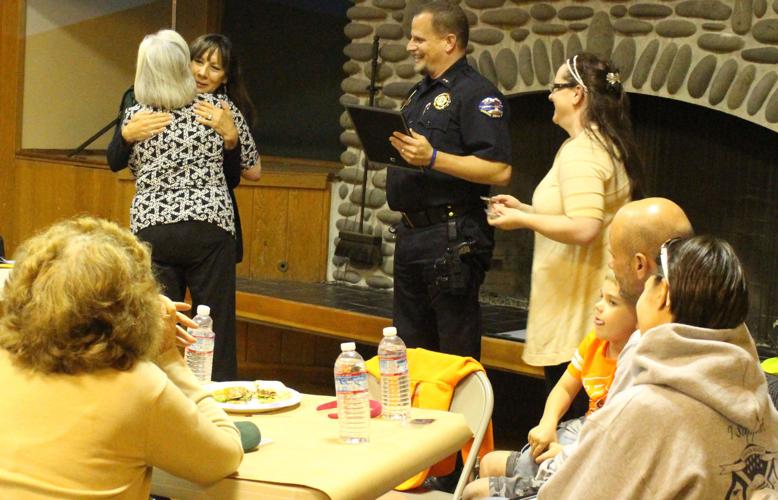 Michael Diak demonstrates his CERT chant after he is awarded the “Most Enthusiastic Award.”

“It’s such a great thing to have all this help for our little police department,” Schermerhorn said, adding that when he was on the East Coast during the mid-October storm, the support of volunteers and city employees assured him that the city was in “good hands.”

Burr said local CERT teams are part of a “bigger picture.” Members across the nation are deployed after disasters or for events like the Olympic trials in Eugene and the Super Bowl, where they provide crowd control and psychological care. After Hurricane Sandy, 2,500 CERT members were deployed and helped assess damages.

Cannon Beach has 41 CERTs from 18 to 79 years old, including seven couples. Burr recognized various members for their quick thinking and actions during trainings.

CERT will likely start having quarterly meetings to stay in contact, refresh equipment and more, Schermerhorn said. Each meeting could include trainings such as first aid, traffic incident management and ham radio operation. The Cannon Beach team may also work with the county CERT team next spring at Camp Rilea.

Though there is a language line that police officers can call for translation, “when phones are down it’s not going to be helpful for us, it would be great to have interpreters,” Schermerhorn said. He is working to involve bilingual residents and open up further communication with the city’s Hispanic community.

Vetter presented awards to those “able to give their time” to trainings and events.

“By doing this, we will be empowering our community,” she said. “It’s not just the time that we put in. It’s the impact you make when you’re here.”

Vetter also thanked CERT members for being on standby during the mid-October storm. She said if Manzanita has 70 CERT members and deployed 41 for the recent tornado, “we need more of us so that we can spread the work out.”

Vetter gave the “Above & Beyond Award” to Medical Reserve Corps leader Lila Wickham, for the “significant amount of time she has devoted” and for “sharing her expertise, skills and knowledge with us.”

“He devotes an abundance of time and energy to our community and has made an enormous impact,” Vetter said.

Schermerhorn gave the “Excellence in Photography Award” to City Councilor and CERT member George Vetter, whose vivid photos of intense trainings and drills were displayed.

Paula Vetter presented the “Dependability Award” to Bob Lundy and the “Commitment Award” to Doug Wood, Gary Chenevert, Melodie Chenevert, Jim Azumano and Lois Azumano. The “Most Enthusiastic Award” went to Michael Diak for being “Captain Parade” on the Fourth of July and for recruiting new members.

Vetter presented Burr with the “Unsung Hero Award” and Schermerhorn with the “Standing Ovation Award,” which the room gave a standing ovation. Award recipients were given framed certificates and medallions from Schermerhorn.

Schermerhorn presented Vetter with the “Excellence in Leadership Award.” “She has been a great asset,” he said.

Award recipient Lois Azumano said it was important that retired community members are “so involved” and staying active through CERT service. She had the opportunity to play a victim in a training scenario. “You try not to laugh and you try to stay still,” she said.