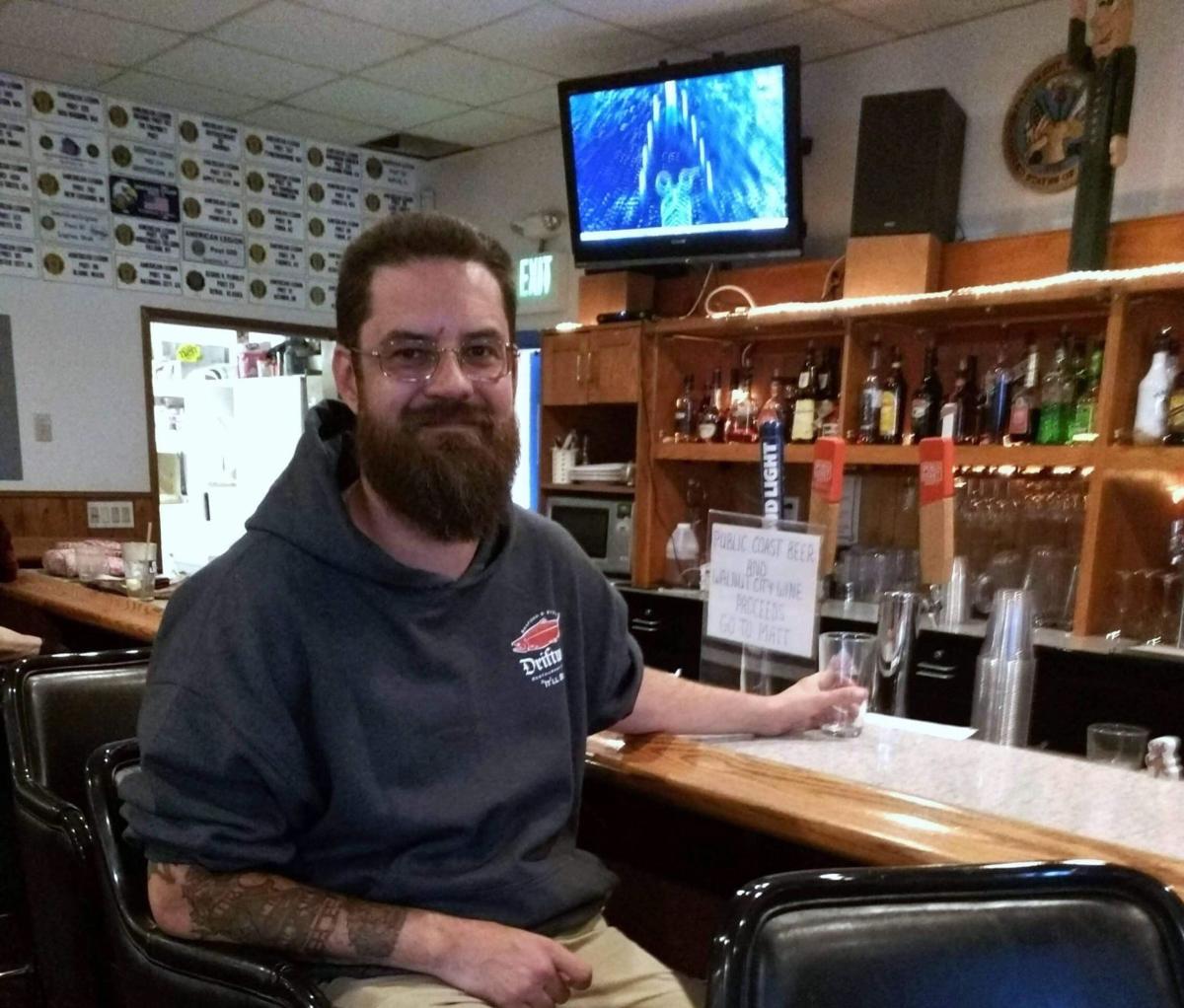 Matt Owen is the bar manager at the Cannon Beach American Legion Post 168. 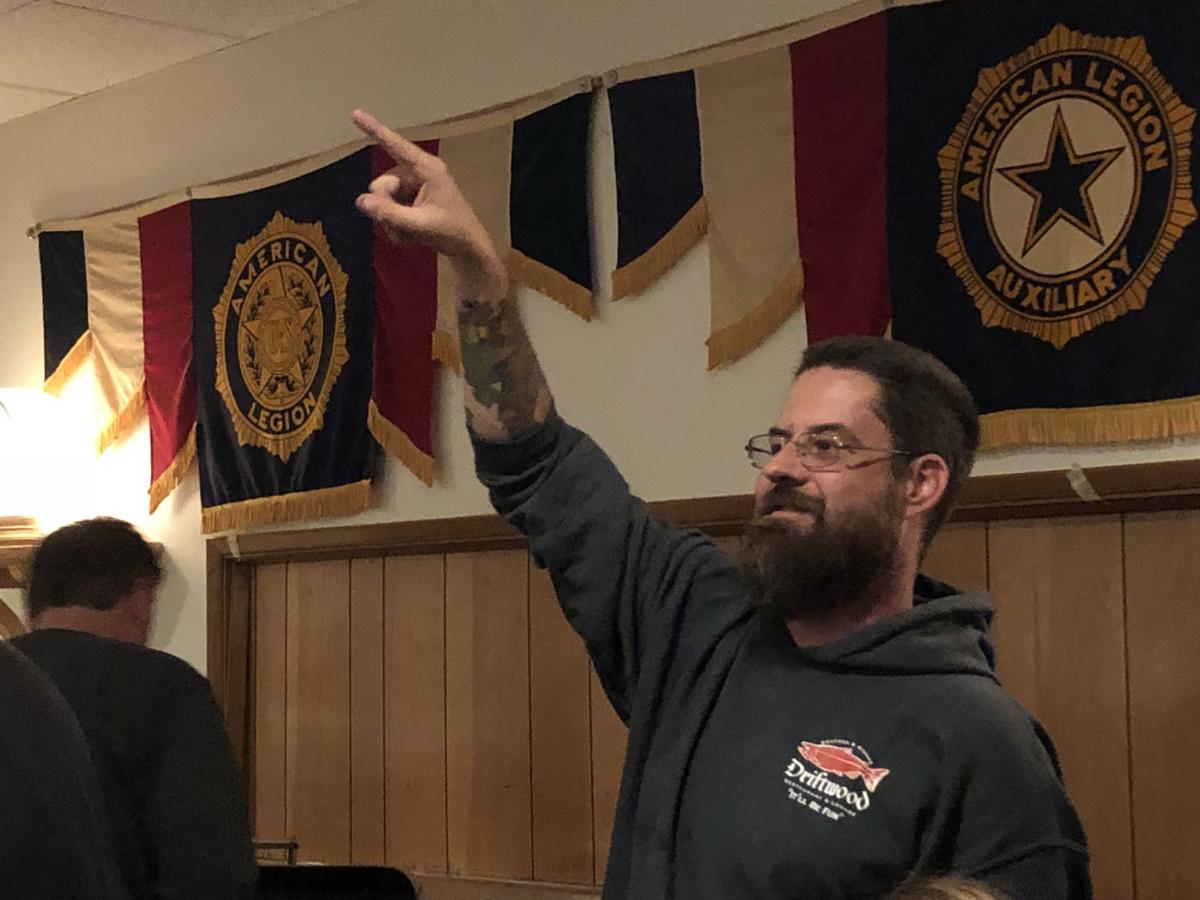 Matt Owen thanks guests at a fundraiser held by the Cannon Beach American Legion Post 168 to raise money for his cancer treatment.

Matt Owen is the bar manager at the Cannon Beach American Legion Post 168.

Matt Owen thanks guests at a fundraiser held by the Cannon Beach American Legion Post 168 to raise money for his cancer treatment.

Since moving to the North Coast in 1999, Owen has been behind the counter at hangouts like McMenamins, The Driftwood, The Lumberyard Grill & Rotisserie, and, most recently, Cannon Beach American Legion Post 168.

Locally, he has earned a reputation as one of the most notable bartenders.

“I just kind of fell into (the restaurant industry),” Owen said. “It’s fun to get to be in people’s lives. I never wanted to be the guy who sat behind a desk all day.”

But the customers he served for years are now turning the tables to serve him.

For about a year and half, Owen, 36, was getting constant migraines and blind spots in his vision. At the end of August, one migraine was bad enough to send him to the emergency room, and he was flown to Portland for surgery to remove a tumor.

About a month later, he was diagnosed with brain cancer.

“I think I went numb when I heard … And I’ve been numb since then,” Owen said. “I’ve been too busy trying to balance my work, my daughter, family … And how I’m going to pay for all of this?”

When he told the American Legion about the diagnosis, the legion’s auxiliary jumped into action to organize a fundraising dinner to help pay for health care costs.

In one night, dozens of customers and co-workers over the years came out to raise about $16,000 to pay for treatment.

“I suppose you can’t put this in the paper, but I guess my reaction would be, ‘Holy s---!’ I honestly didn’t think I was that well-liked,” Owen laughed. “It feels wonderful to know the community comes to support its residents when one is in need.”

In a packed legion hall, every customer and colleague has their own connection to Owen.

“He’s just so funny, kind and generous,” said Nannette Cooper, a regular customer who first met Owen at the Seaside Golf Course. “He’s just so positive, and with a situation like his, man, that’s half the battle.”

Jose Sosa, who used to work with Owen at the Lumberyard, remembers him as a role model as a teenager.

“On the outside he can look intimidating, but he is one of the sweetest people I know,” Sosa said. “He’s the type of guy who will always stick up for you.”

Tonya Spath, another former co-worker, remembers a particularly busy and understaffed New Year’s Eve shift, where Owen, as the manager, was pitching in to do everything from manning the door, serving orders and washing the dishes.

What makes the moment “Matt,” Spath said, is the way he kept his cool.

“I remember we were all like, ‘This sucks!’” Spath said. “He said, ‘Yeah, it does. But we’ll get through it.’ That’s what makes him special. He’s always calm. He’s always Matt.”

It’s a mentality he is sticking with as he faces the unknowns that come with cancer treatment, and one he hopes to keep sharing behind the counter at the American Legion.