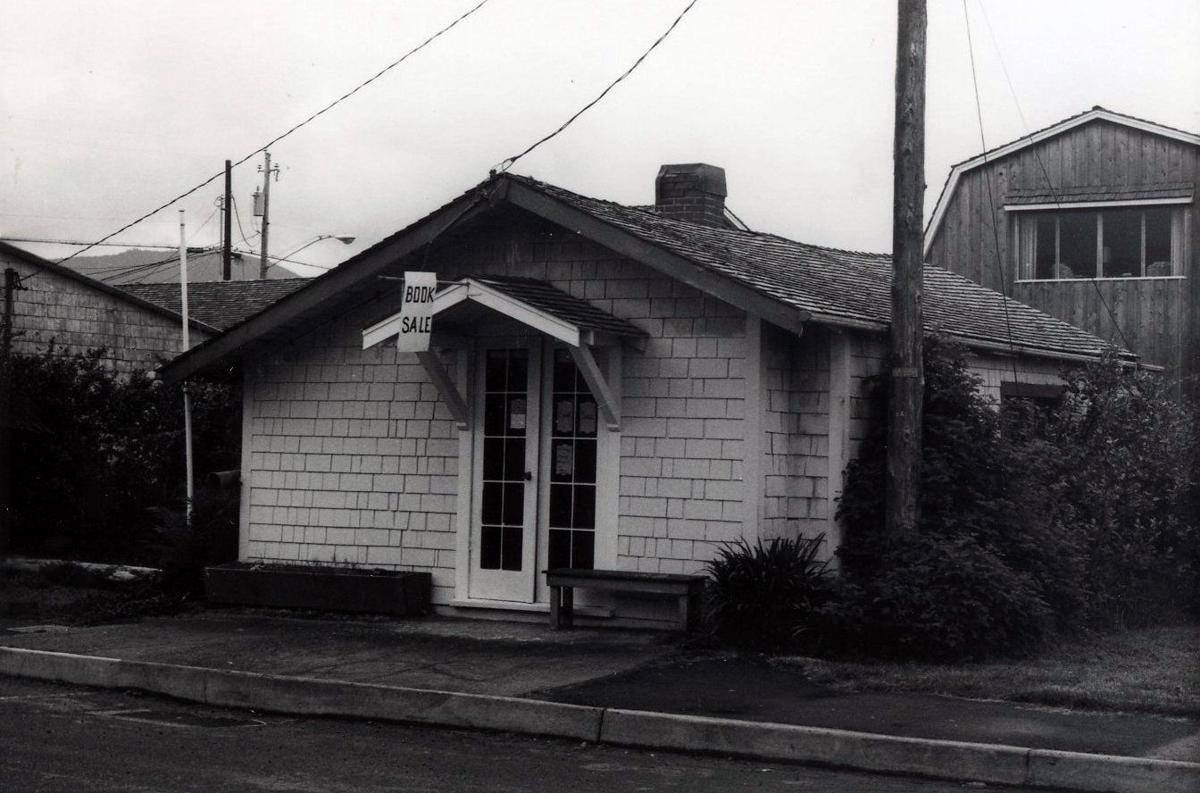 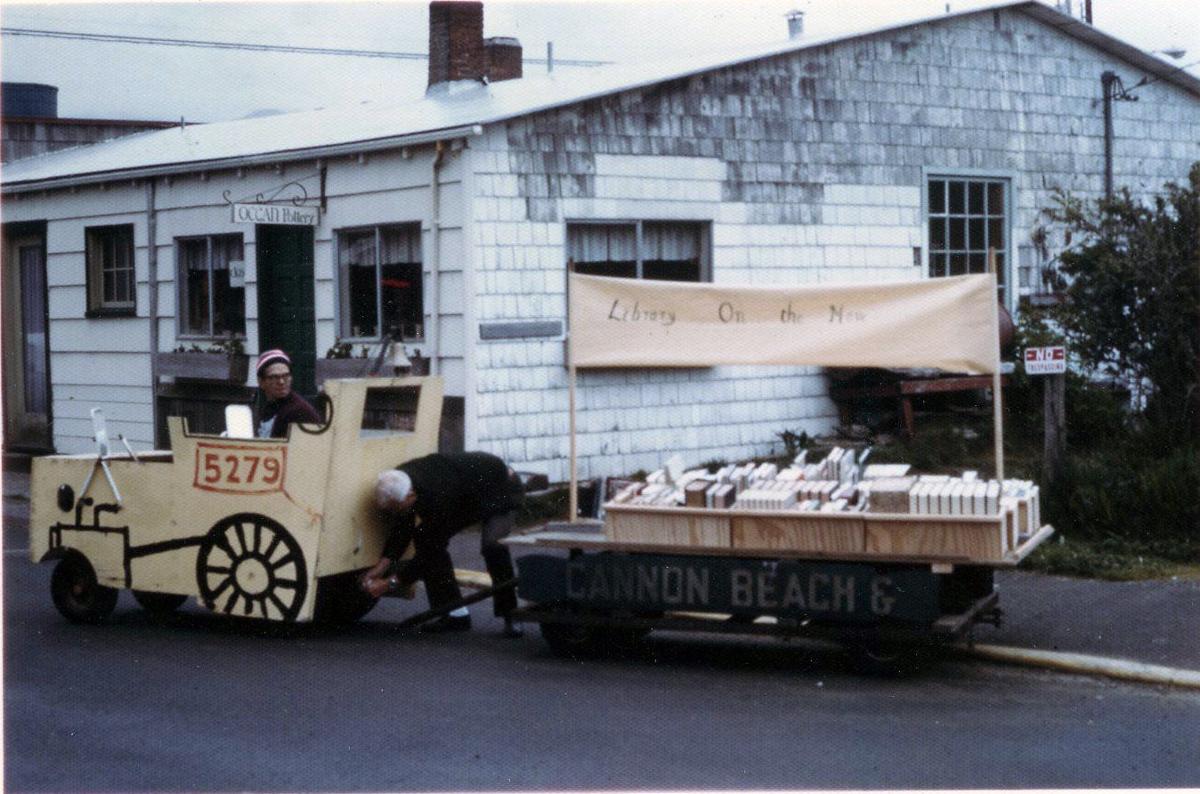 Jay Schwehr in 1976 moving books to the new building using the “Library on the Move” cart. 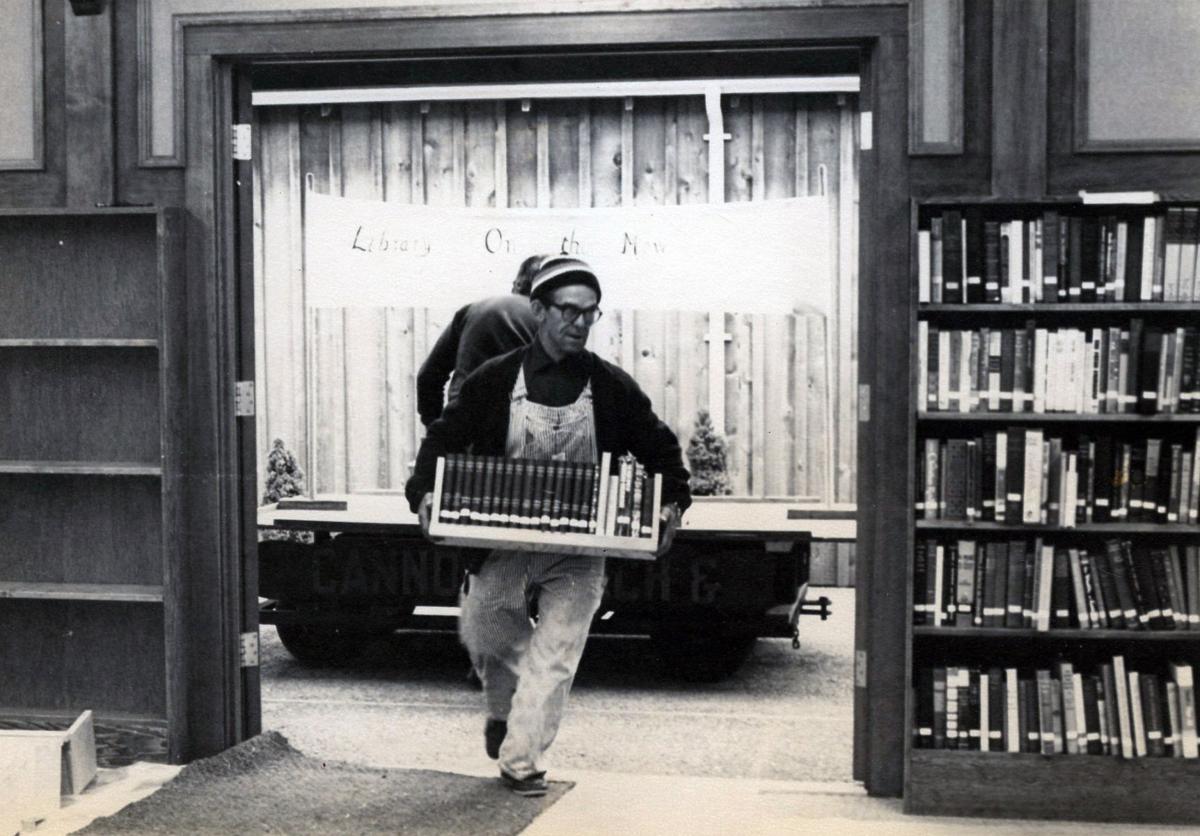 A volunteer moves books into the new library in 1976.. 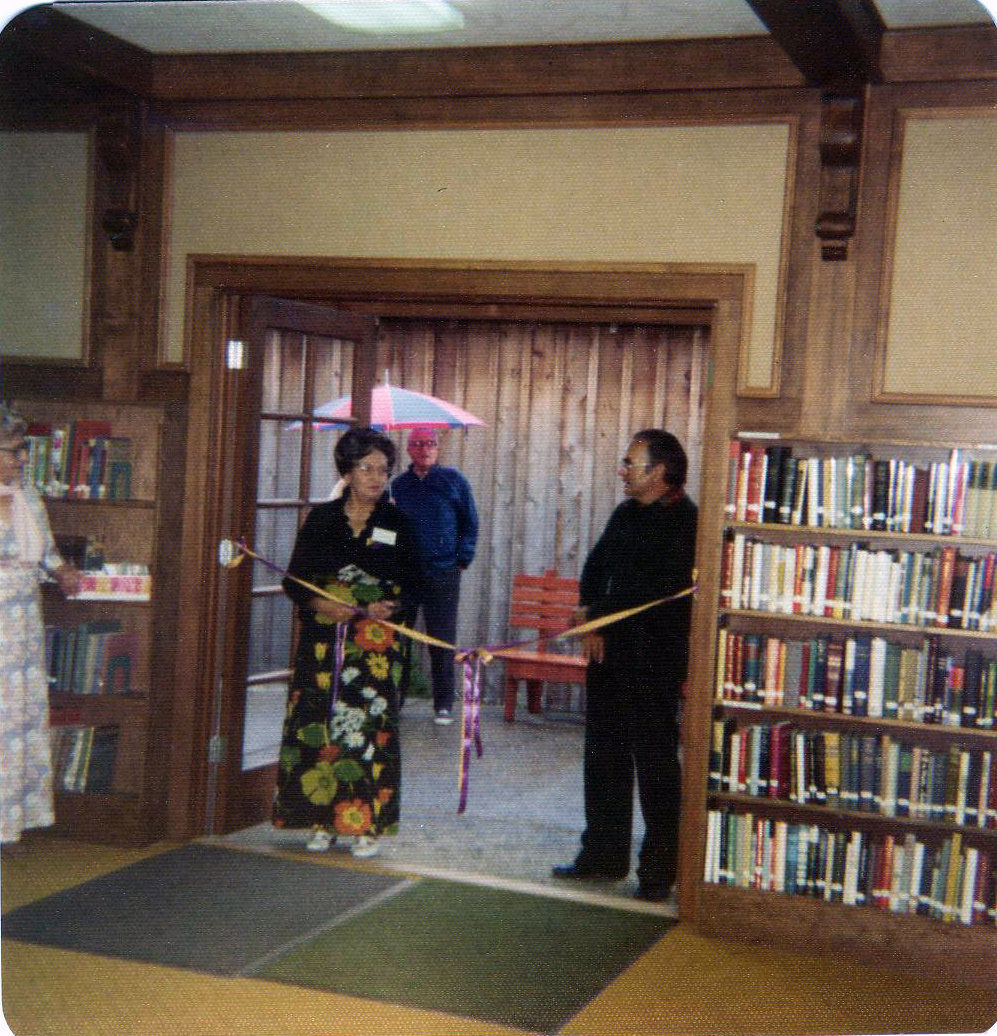 The library ribbon-cutting and dedication ceremony in 1976.

Jay Schwehr in 1976 moving books to the new building using the “Library on the Move” cart.

A volunteer moves books into the new library in 1976..

The library ribbon-cutting and dedication ceremony in 1976.

CANNON BEACH — The original Cannon Beach Library had 54 books sitting on three shelves at what used to be a grocery store on Hemlock Street.

Ninety years later, the library now fills its own building with more than 14,000 books. It has seen a number of location changes and technological advances since 1927. But for nine decades its legacy as a private, almost solely volunteer-driven library has remained.

The Cannon Beach Library board is hosting its 90th birthday party Oct. 21 as a way to thank the community for decades of support. People are invited to dress as their favorite literary character and enjoy a buffet of snacks from 10 a.m. to 4 p.m. at the library.

“(The library) has been a community effort from the beginning, starting with community dances and chicken dinner fundraisers,” said Phyllis Bernt, co-president of the library board. “We are here to serve the needs of the community.”

Unlike most libraries, Cannon Beach has never been public. It was established by the Cannon Beach Civic Club — a group of eight women who worked on civic needs such as street lighting, garbage disposal, public restrooms and, eventually, the library.

Through donations and hundreds of volunteer hours, the library was able to move into a small cottage on Second Street in 1945 before settling in the Hemlock location in 1972.

While the civic club that started the library no longer exists, its spirit of public service has remained. There is one paid position at the library. Otherwise, day-to-day tasks like running the front desk, book collection and inventory, maintenance and fundraising are done by more than 80 volunteers, who each year donate 9,000 hours of their time, Bernt said.

“I think the fact this library is so volunteer-based cements the fact it is a community enterprise,” Bernt said.

Running as a nonprofit rather than a public institution has its share of challenges and benefits. Collecting books and movies to rent is relatively easy — the library receives about 10,000 book donations a year. But it takes about $83,000 a year to operate, with only $16,000 of that funding coming from the city.

It’s not always easy to find enough volunteers to help organize programs and fundraisers to keep the library running. Tasks like general building maintenance and janitorial work are shared between everyone. But for library board member Sandi Lundy, it is worth it.

“We take a lot of pride in making this library the center of the community,” Lundy said. “There are so many moving parts to it, but it’s fun to bond with the other volunteers. There’s a sense of pride in keeping (the library) perfect.”

Lynne Murray, another library board member, said part of what she thinks has made the library thrive for as long as it has is not just the number of volunteers, but the type. “We have a large number of resources in Cannon Beach. We have people move here who were former children’s librarians, people who worked in finance, people who worked in real estate, and they donate their expertise and do it for free,” Murray said. “Everyone brings something different to the table to help this run.”

As times change, the volunteers at Cannon Beach Library are working to change with it by providing services like public access to internet, e-books and more educational programming. But to make sure the library can continue to evolve, Bernt said the board plans to kick off a fundraising campaign at the birthday party in order to start an endowment.

“We are good at fundraising, but we don’t have a reliable source of income. We would like to have an endowment to be more steady,” Bernt said. “We want to make sure this library is around for the next 90 years.”

The goal for the next 90 years is continue to figure out what resources people need from a library and find ways to fund it, Bernt said. But for now, she wants the party to press pause on the hectic day-to-day library routine to thank the volunteers and supporters who were around for the first 90 years.

And for those who are on the fence about coming, the board offers an incentive.

“We’re giving amnesty for overdue book fees, one day only,” Lundy said. “You can’t miss it: We only do it every 90 years.”