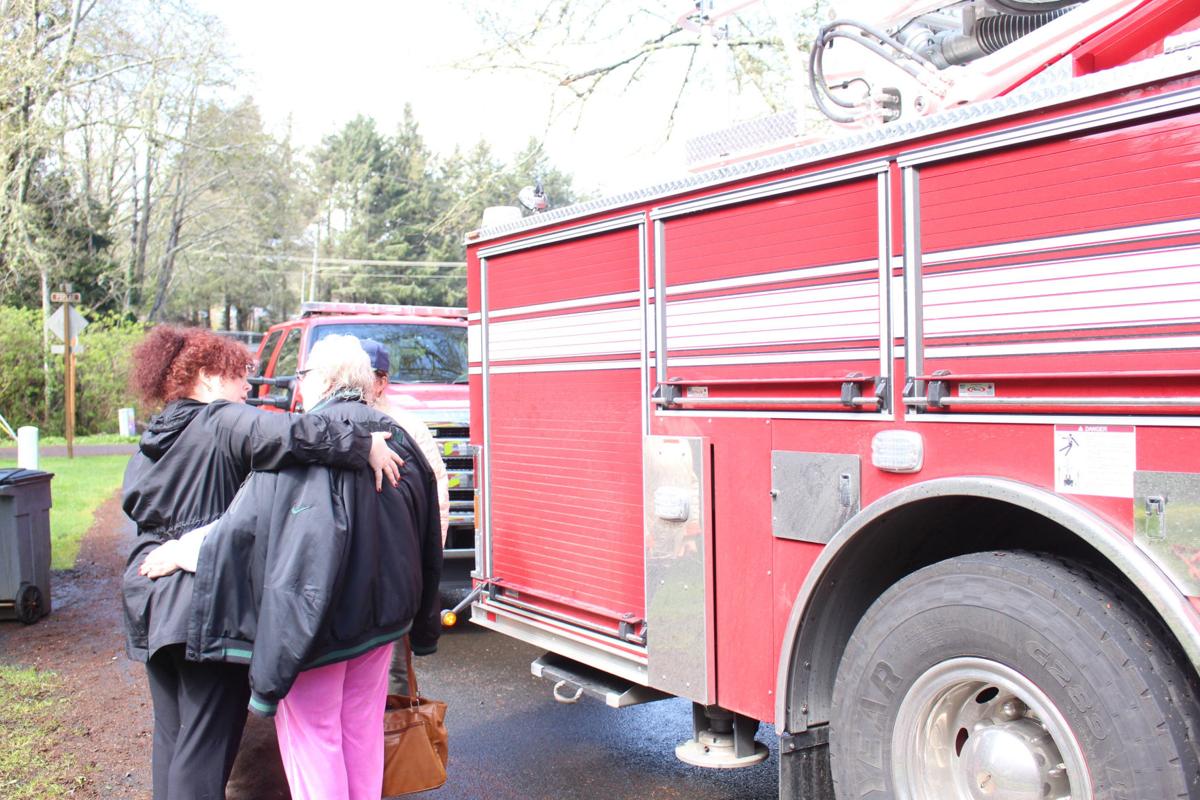 Joanne Lewis hugs her friend as firefighters put out the fire in Lewis' home on Sunset Boulevard. 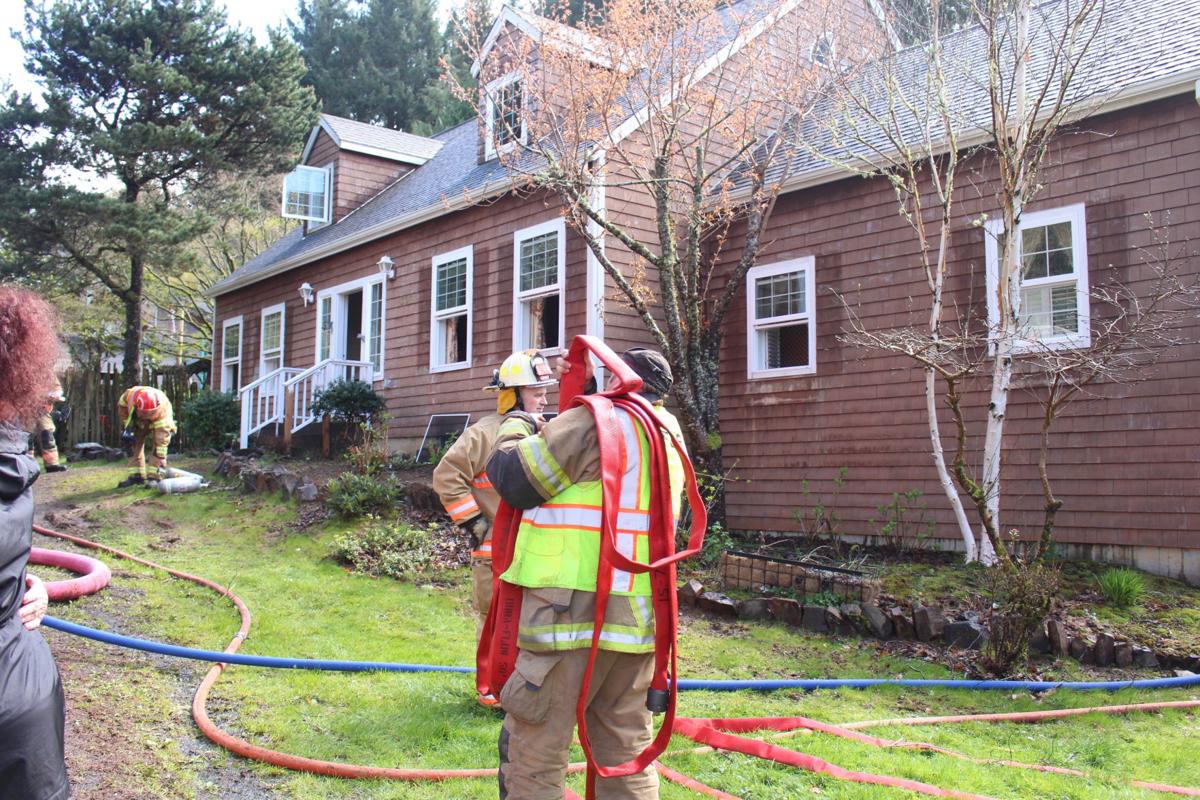 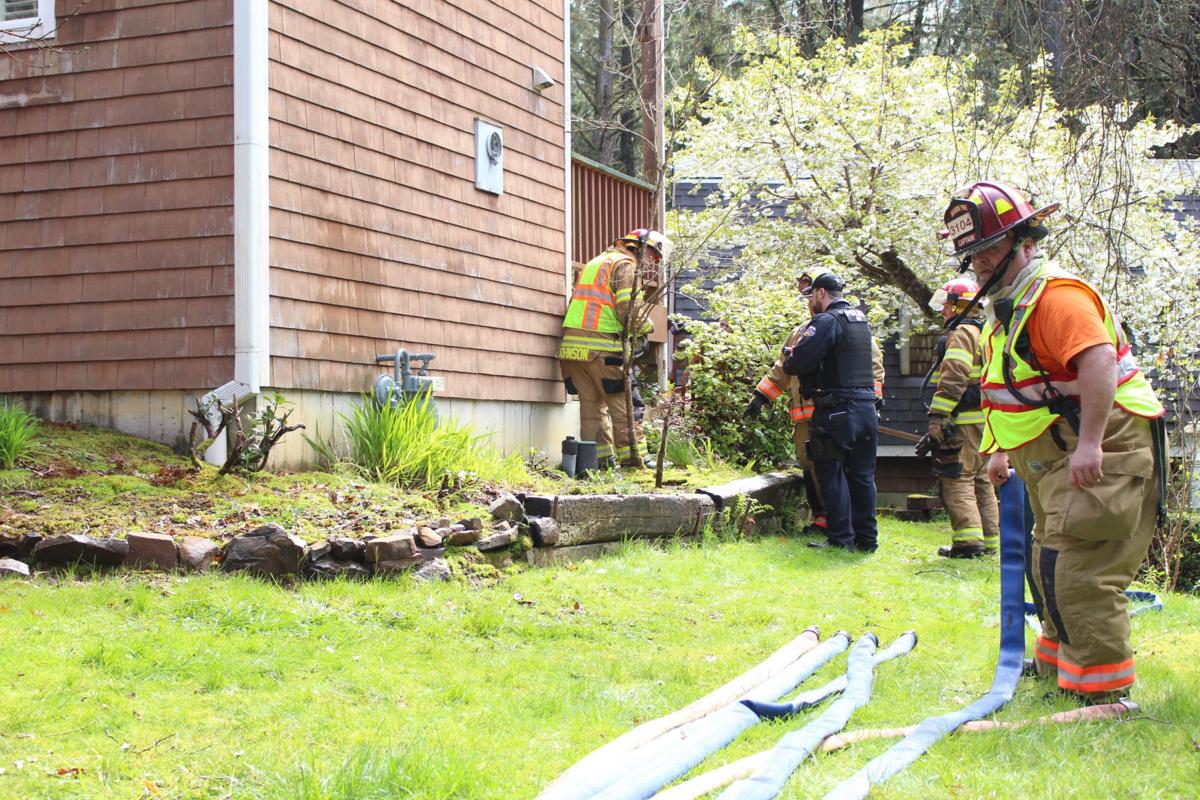 Joanne Lewis hugs her friend as firefighters put out the fire in Lewis' home on Sunset Boulevard.

The fire started in the crawlspace of the house, Cannon Beach Fire and Rescue Lt. T.J. White said. The cause of the fire and what parts of the house are damaged are still under investigations.

There were no injuries, White said.

Joanne Lewis, the owner of the home, was alone in the house and said she started to smell smoke when she stepped out of the shower. She followed the smell to her sewing room, where she found billowing black smoke.

Lewis said her late husband built the house 21 years ago, and she has been living in it with her dog ever since.

A fire investigation team will evaluate the extent of damages and cause of the fire, Cannon Beach Fire Chief Matt Benedict said.