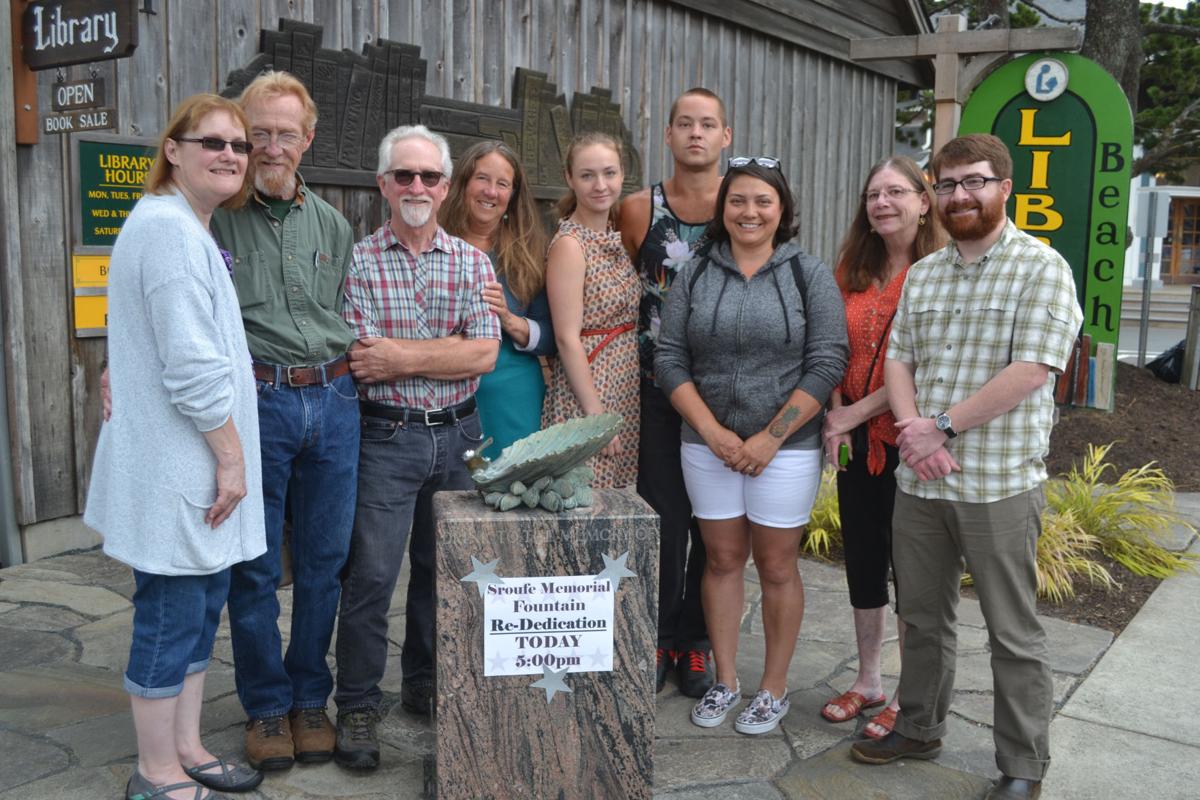 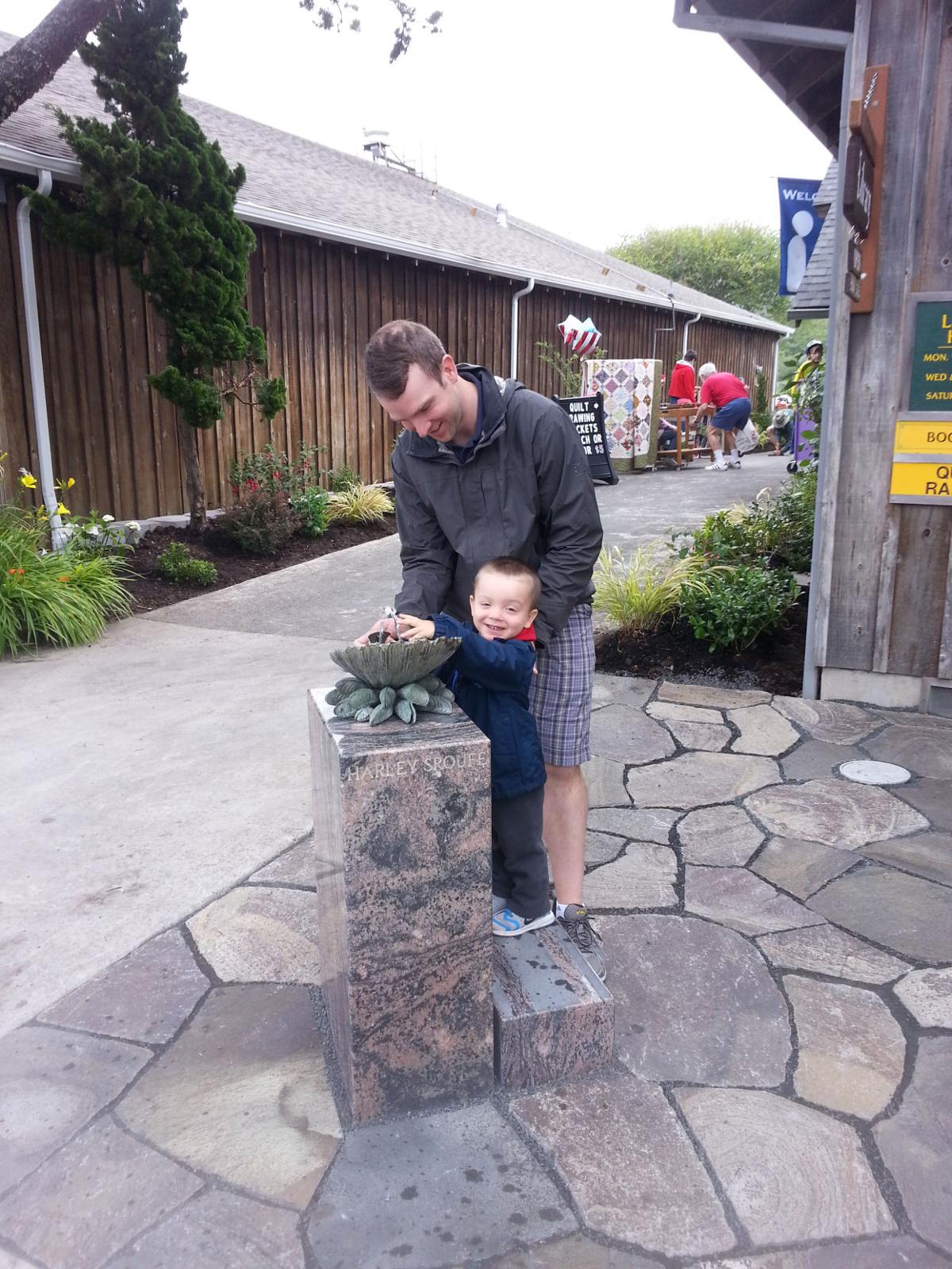 @Photo creditBuddie Anderson/Submitted Photo Owen Barrows and his dad drinking from the fountain for the first time.

@Photo creditBuddie Anderson/Submitted Photo Owen Barrows and his dad drinking from the fountain for the first time.

James Harley Sroufe was a well-loved character in Cannon Beach, and now his memory can live on more fully in the public eye. The 41-year-old fountain built to honor Sroufe was relocated to the front of Cannon Beach Library and rededicated Thursday, July 9.

Sroufe owned Sroufe’s Grocery on North Hemlock Street from 1951 until his death in 1964, and was a member of the city parks committee.

Sroufe Memorial Fountain, a drinking fountain in the shape of a seashell, was designed by the late John Yeon, a former Portland architect and Cannon Beach resident, and originally placed in the city park Sroufe helped create.

“Nobody could think of where else it might be put,” Sroufe’s son, Gerald Sroufe, said. “Main Street wasn’t quite as grand as it is today.”

The fountain was relocated near the Christian Conference Center for a time before moving between the Cannon Beach Chamber of Commerce and the tennis courts on East Second Avenue. The latest relocation was the work of the public art committee.

“This was one of their projects, to move the fountain over here instead of bringing another piece of art into town,” Judy Wood, co-president of the Cannon Beach library board, said.

James Harley Sroufe’s wife, Margaret, was a volunteer at the library for about 20 years, making it a fitting location.

And his daughter-in-law, Maureen Dooley-Sroufe, is the co-owner of Cannon Beach Book Company. “I can walk across the street and get a drink of water,” she said.

The drinking fountain actually hadn’t worked in years, but is once again fully functional in its new location.

Another son, Peter Sroufe, also attended the event. Peter recalled how the fountain had been clogged with sand during its time at the park, when kids used it to rinse off after coming from the beach. He and the rest of his family said they were grateful for its move to a more visible location.

“It got made because our dad was a great guy,” Gerald said.

Peter noted that Cannon Beach was once a logging town. His father would allow the loggers to purchase their groceries with credit until they received pay.

He was 16 when his father died, and he remembers seeing a line of headlights from Seaside to Gearhart on the way to the funeral in Warrenton. Cars filled the cemetery.

“That’s when I realized who dad was,” he said.

Mayor Sam Steidel said he was happy to see the project completed, adding it “turned out so well.”

Cannon Beach’s Design Review Board approved the fountain’s relocation in May and work began in early June. It finished right in time for the city’s Fourth of July celebration, making it easily viewable during the library’s annual book sale.

Wood called the installation an “engineering feat.” It includes an underground steel support frame to handle the 600-pound marble structure and a well underneath that can be accessed for plumbing repairs. A new step to reach the fountain was also included.

The Cannon Beach Public Works Department handled much of the physical work. Cannon Beach Construction was the main contractor and designer Beth Holland did the landscaping.

Public Works Director Dan Grassick said they haven’t received the final invoices yet, but that the final cost is estimated around $6,000 with the landscaping.

Now all who pass by the fountain can stop to “drink to the memory of Harley Sroufe.” As the inscription on the marble reads, the water that flows serves as “a toast from his friends.”