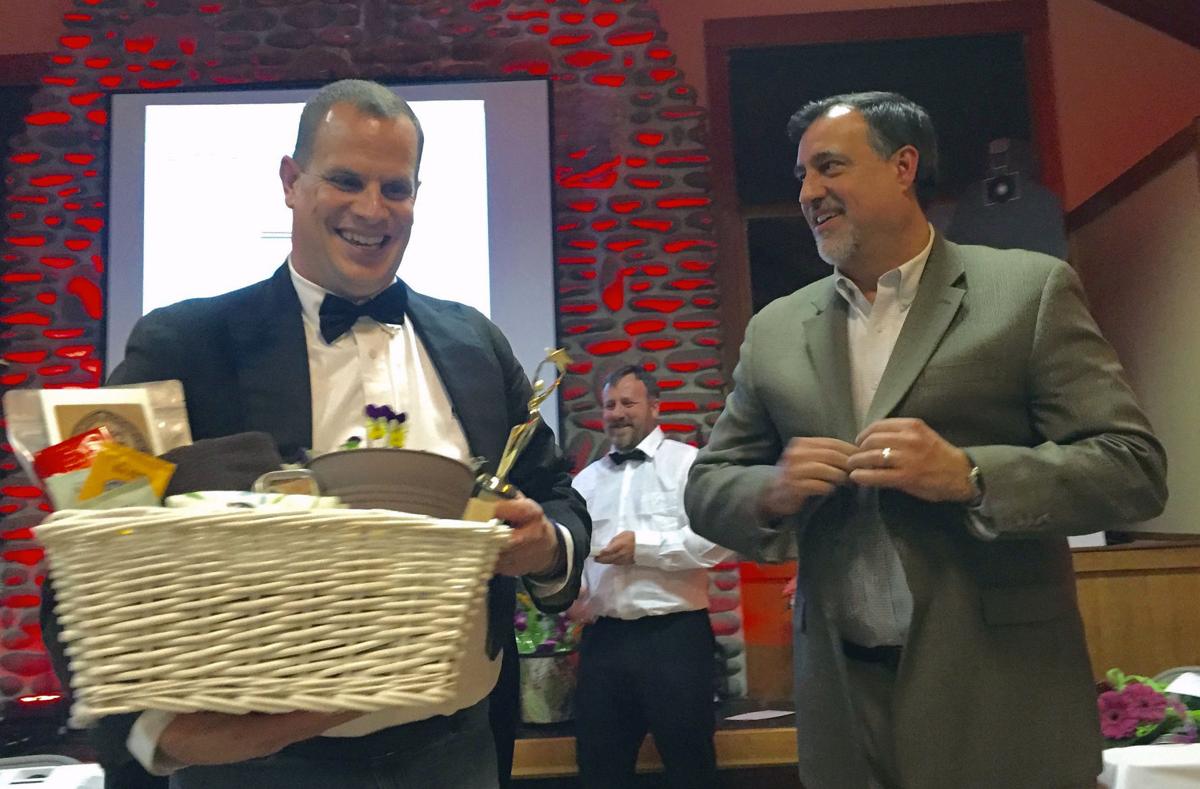 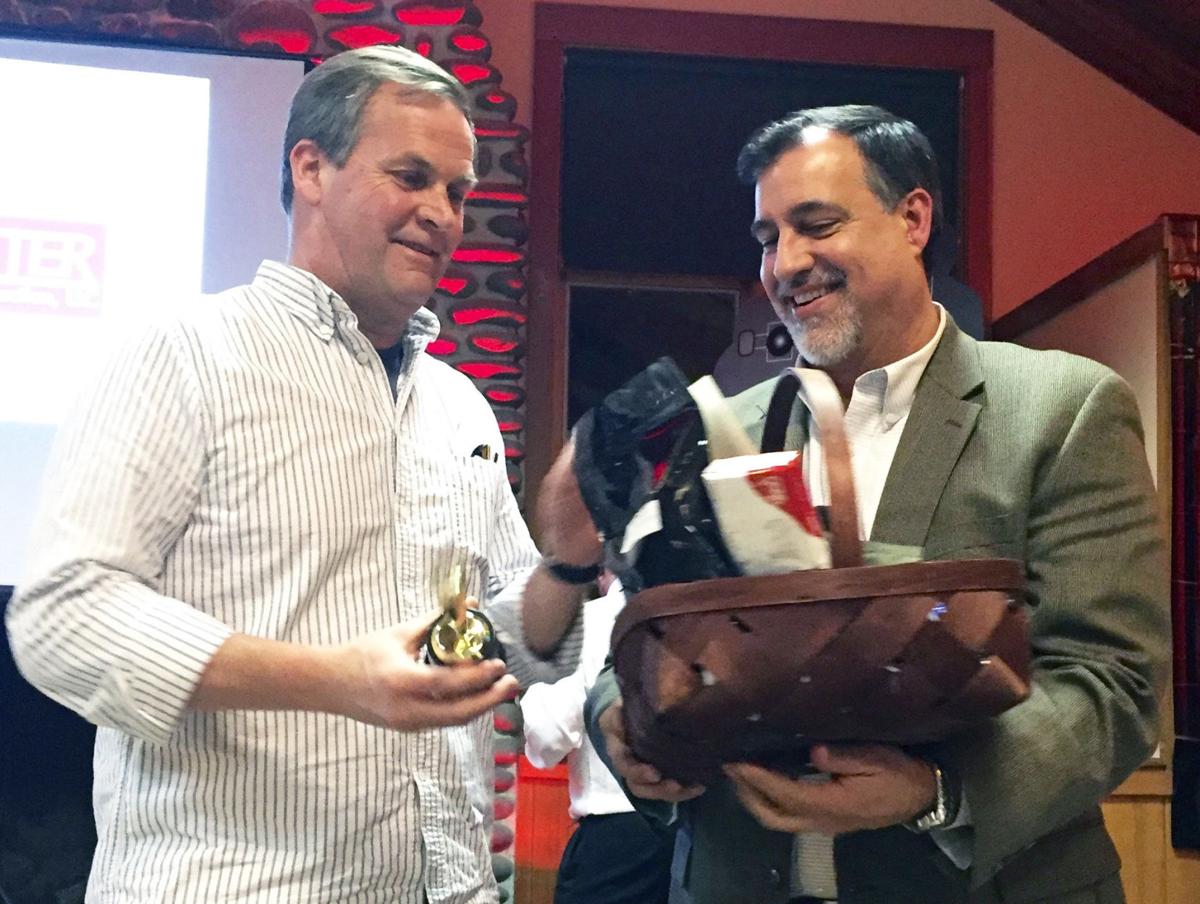 John Nelson of Coaster Construction receives the Sponsor of the Year award from Steve Sinkler. 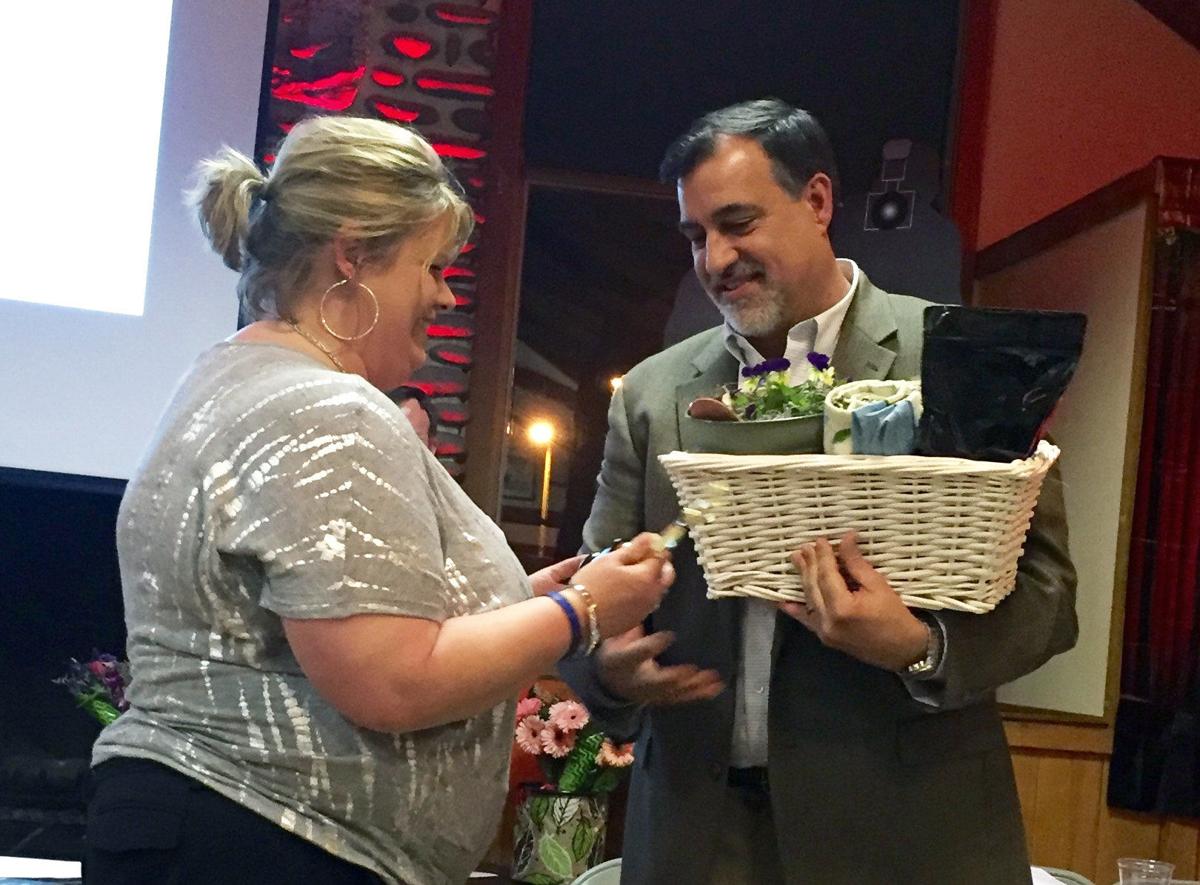 Steve Sinkler presents the Volunteer of the Year award to Sheri Russell of Columbia Bank. 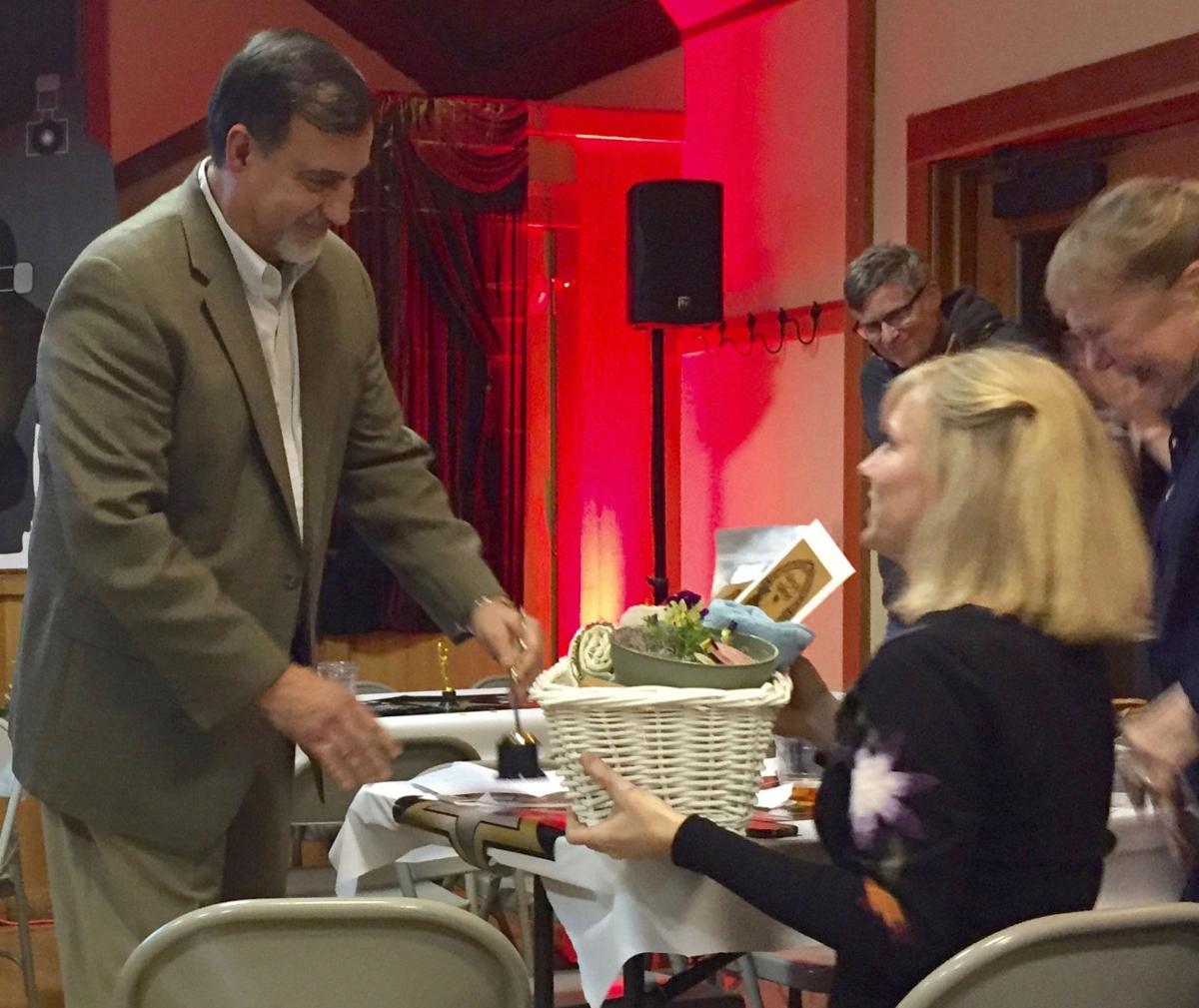 Steve Sinkler shares the Member of the Year award for The Wine Shack with his wife, Maryanne.

John Nelson of Coaster Construction receives the Sponsor of the Year award from Steve Sinkler.

Steve Sinkler presents the Volunteer of the Year award to Sheri Russell of Columbia Bank.

Steve Sinkler shares the Member of the Year award for The Wine Shack with his wife, Maryanne.

Bill Steidel, whose Hemlock Street studio Steidel’s Art has been an important part of the Cannon Beach community for decades, received the Lifetime Achievement Award.

“We as a group are responsible for creating the reputation that Cannon Beach has,” Chamber Executive Director Court Carrier said, displaying numerous accolades the city has received.

“We have a mix of industries that we come from, and that’s on purpose,” said board President Steven Sinkler, who owns The Wine Shack with his wife, Maryanne. “We want to get everybody’s feedback from their industry, to see how decisions we make impact their businesses.”

After Sinkler leaves the board in June, Jason Schermerhorn, who serves as vice president, will fill his position.

“It is going to be a marvelous opportunity to work with Jason when he takes office,” Carrier said.

A report on tourism’s economic impact showed 2015 transient room taxes were $3,690,791, a 13 percent increase compared to the previous year. These taxes come from more than $46 million in lodging revenue. Combining sales from other industries, visitors spend more than $118 million. Using the multiplier effect, which takes into account money re-spent within the community by employees of local businesses, the value of the tourism industry is about $354 million.

The chamber recognized its annual supporters, which grew from nine to 17 in the past year.

The chamber also offered memorial remembrances for Terry Swigart, Rob Spooner, and Wendy Richardson. Swigart was the owner, with wife Carmen, of the Sea Ranch Resort and Stables in Cannon Beach. Spooner was known as a publisher and author. Richardson had owned a Christmas shop, ’Tis the Season, in Cannon Beach and was a longtime sales representative for EO Media Group.

Sponsor of the Year: Coaster Construction

Volunteer of the Year: Sheri Russell

Member of the Year: The Wine Shack