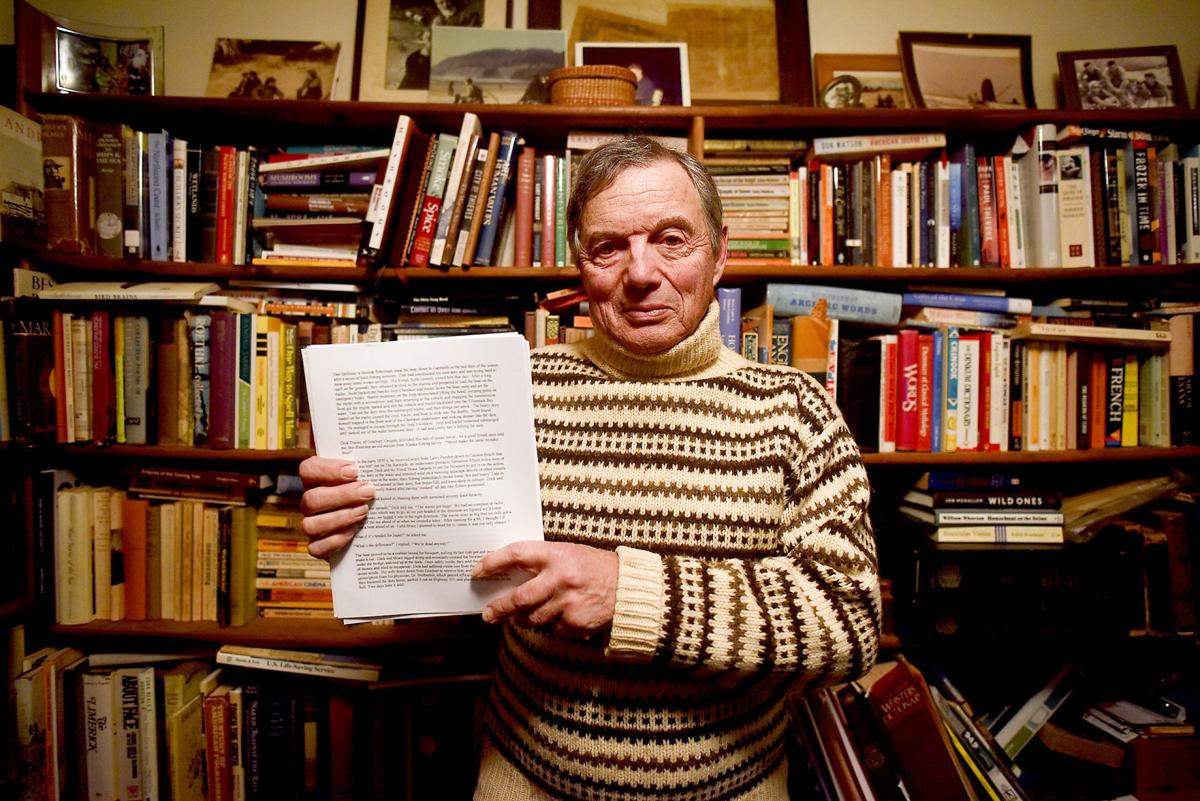 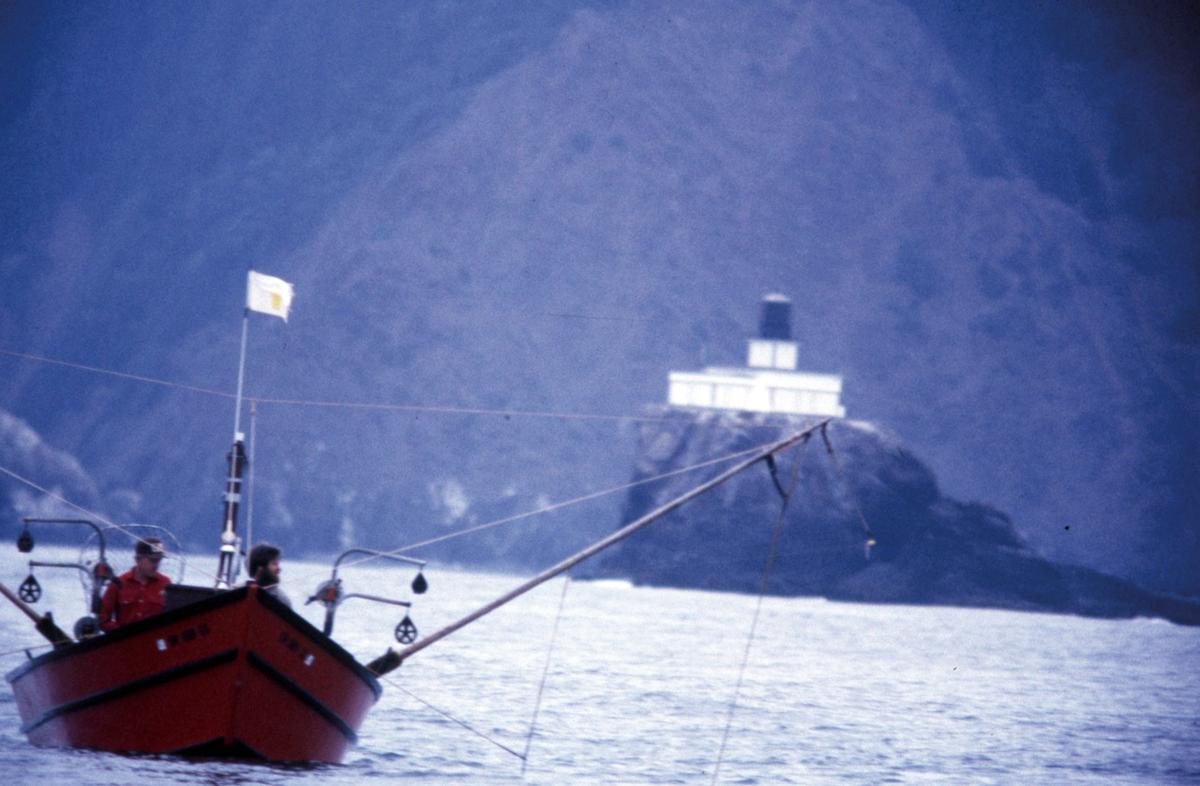 Dory fishermen Scott Rekate, left, and Rick Krahn ply their trade in the presence of the Tillamook Rock Lighthouse. 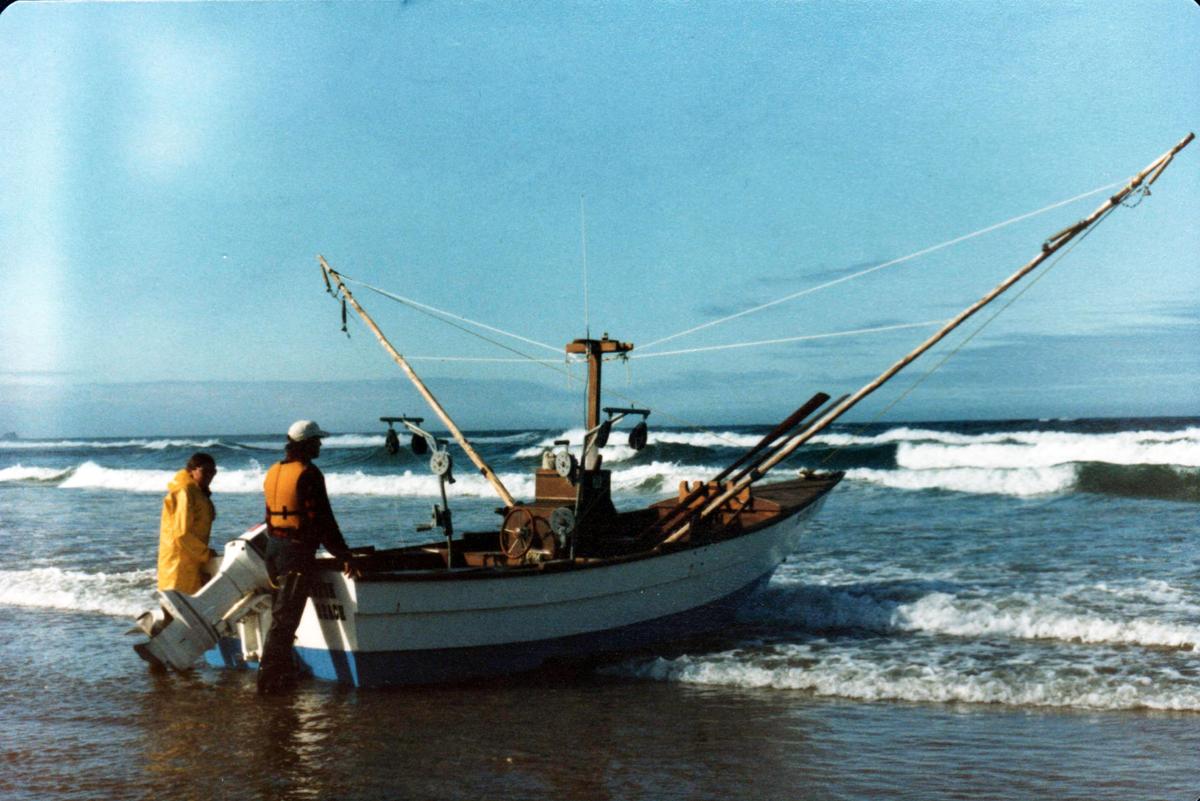 Peter Lindsey, right, and his brother, Tim, prepare to launch Lindsey's boat, the Schmedlow, in this decades' old photo. 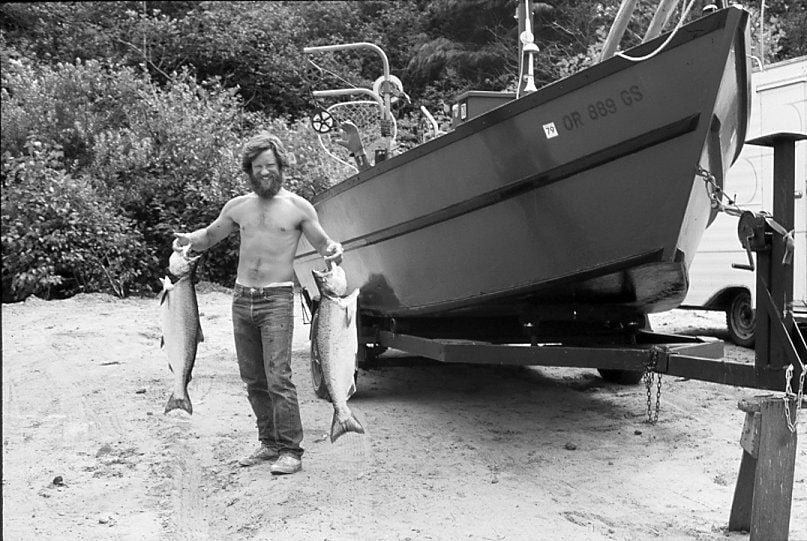 Dory fishermen Scott Rekate, left, and Rick Krahn ply their trade in the presence of the Tillamook Rock Lighthouse.

Peter Lindsey, right, and his brother, Tim, prepare to launch Lindsey's boat, the Schmedlow, in this decades' old photo.

Some of these memories are set a few miles from the shore, with crews braving rough seas by the Tillamook Rock Lighthouse (aka Terrible Tilly). Others memories are set at the community’s former annual fish fry, with kegs of beer and a stockpile of fish caught just a few hours before.

Lindsey has been writing down his memories and the stories of his fellow fishermen for his new manuscript, “Just Movin’ The Water Around.” The book is a collection of tales about the Cannon Beach dory fleet from the 1960s to 80s.

Lindsey presented his work, Jan. 27, at the Cannon Beach Arts Association gallery. The reading was part of a grant the association gave Lindsey for the project.

“I’ve always been interested in oral stories,” said Lindsey, who is also known for his book “Comin’ in Over the Rock,” an oral history of Cannon Beach.

“When I began fishing with my brother in the 70s, I noticed a lot of it relied on tradition,” he said. “If you wanted to learn how to fish from a dory, you watched and learned. It’s not dissimilar to logging. It was a subcultural group of a time gone by.”

Dory boats are 20- to 25-foot fishing vessels, designed to be launched from the sand and into the surf rather than from a dock. While Lindsey has accounts dating back to the 1940s, the commercial dorymen of Cannon Beach reached their peak in the 1970s.

Back when driving on the beach was permitted, Lindsey recalls dories launching around Haystack Rock in search of salmon and rock fish.

Like many others, Lindsey, a school teacher, would spend his summers off out fishing with other commercial dorymen, who would sell their catches of the day to local fish markets in town.

“It was a different Cannon Beach. Cannon Beach wasn’t fancy,” he said. “There weren’t as many tourists on the beaches.”

In general, Lindsey said being a doryman was a solitary activity. But with that independence came risk. When fishermen sail rough seas and surf in small boats, they run the risk of being overtaken with water, Lindsey said.

Some of his favorite memories are of fishing with others out by the lighthouse off Tillamook Head. He recalled one time a doryman shot a shark that was gaining on his fish, as a charter boat filled with tourists went by.

“That probably wouldn’t pass today. The best part about it all was the characters you would encounter, the good stories, the adventurous stories you would hear,” Lindsey said. “They were flamboyant. I think they were allowed to be (flamboyant) out there.”

But by the early 1980s, the dories started to vanish.

In 1974, Federal Judge George Boldt had issued a historic ruling that reaffirmed the rights of Indian tribes to fish in accustomed places and allocated 50 percent of the annual catch to treaty tribes. The decision was upheld by the U.S. Supreme Court in 1979, severely impacting the livelihood of local dorymen.

Local fishermen were outraged, Lindsey said. Some protested by cooking fish in the parking lot of Short Sands Beach, he recalled, attempting to bring attention to what Lindsey and his compatriots saw as a cultural cornerstone slipping away from them.

Jon Broderick, a fisherman himself and the organizer of the FisherPoet’s Gathering, has spent years encouraging commercial fishermen to share their stories. He said the importance of documenting this aspect of Cannon Beach’s history is invaluable.

“It has to do with the collective memory. You hardly have a community without it,” Broderick said. “And fishing has that community.”

Broderick, who has lived in Cannon Beach for more than 30 years, was never a doryman himself, but remembers the dories on the beach near the peak of their popularity. Somebody has to write down their stories, he said, “or all those stories are gone,” he said.

“Not every place is fortunate enough to have a Peter Lindsey writing it down,” he said. “Because of work like this, people 100 years from now who stumble across a wrecked ship maybe will be able to say, ‘Hey, that’s a dory, and those were significant.’”

The publishing date for his book has yet to be determined. Lindsey said that he hopes to accumulate “even more juicy stories” to include.

“To do this, you had to know and understand the ocean, be attuned and attentive to the natural world. These guys had to have tough individual qualities,” Lindsey said. “Some of the jokes and stories and the characters are gone. Cannon Beach is just different now.”