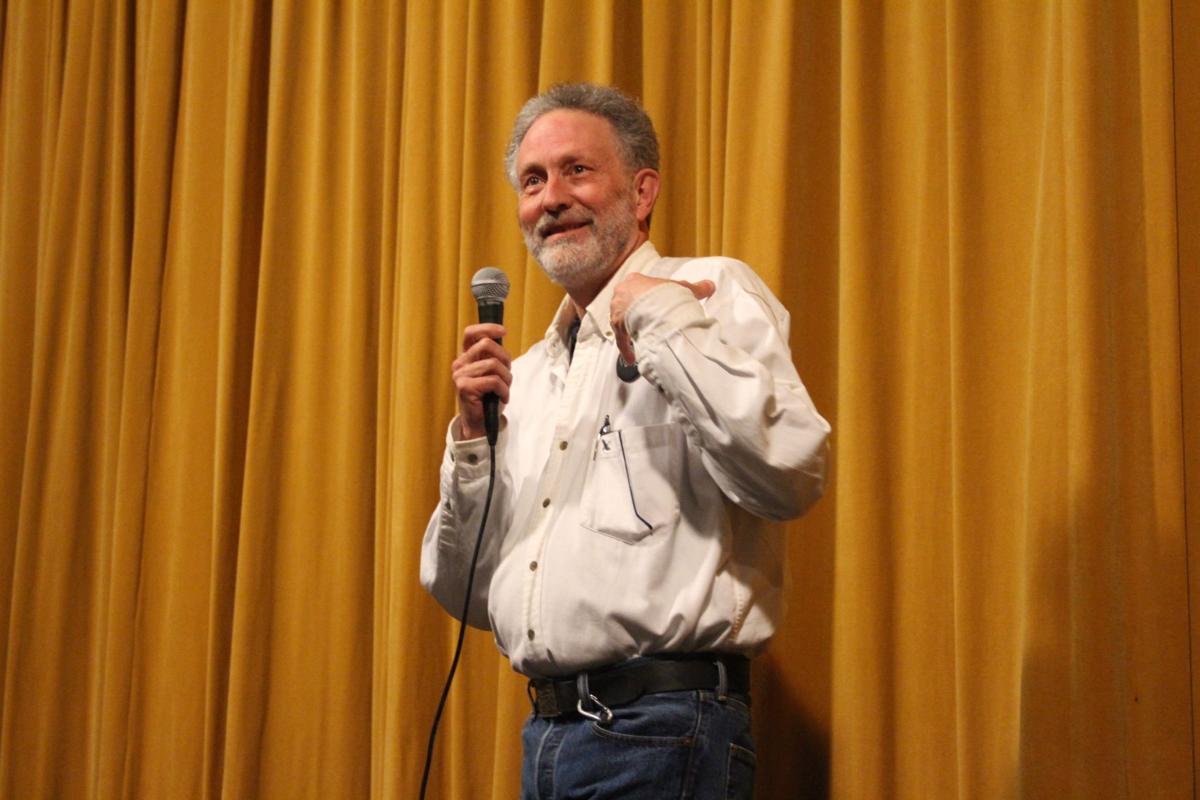 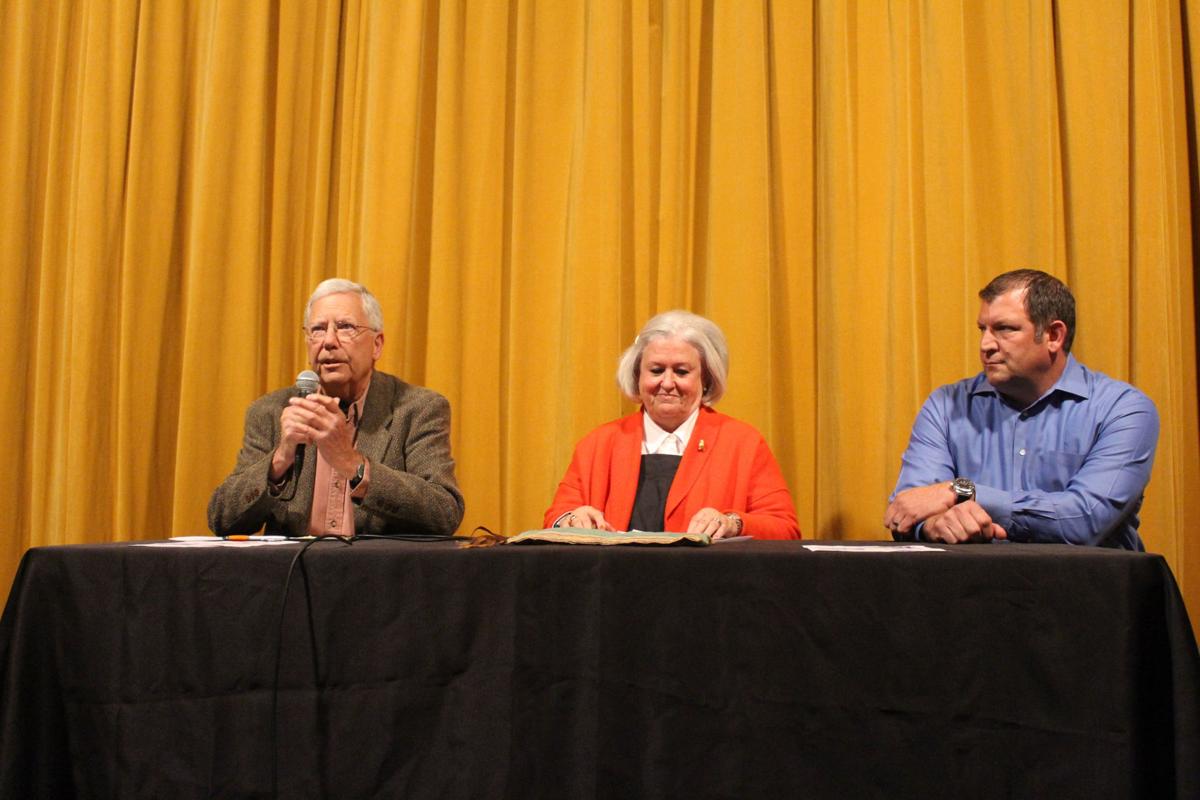 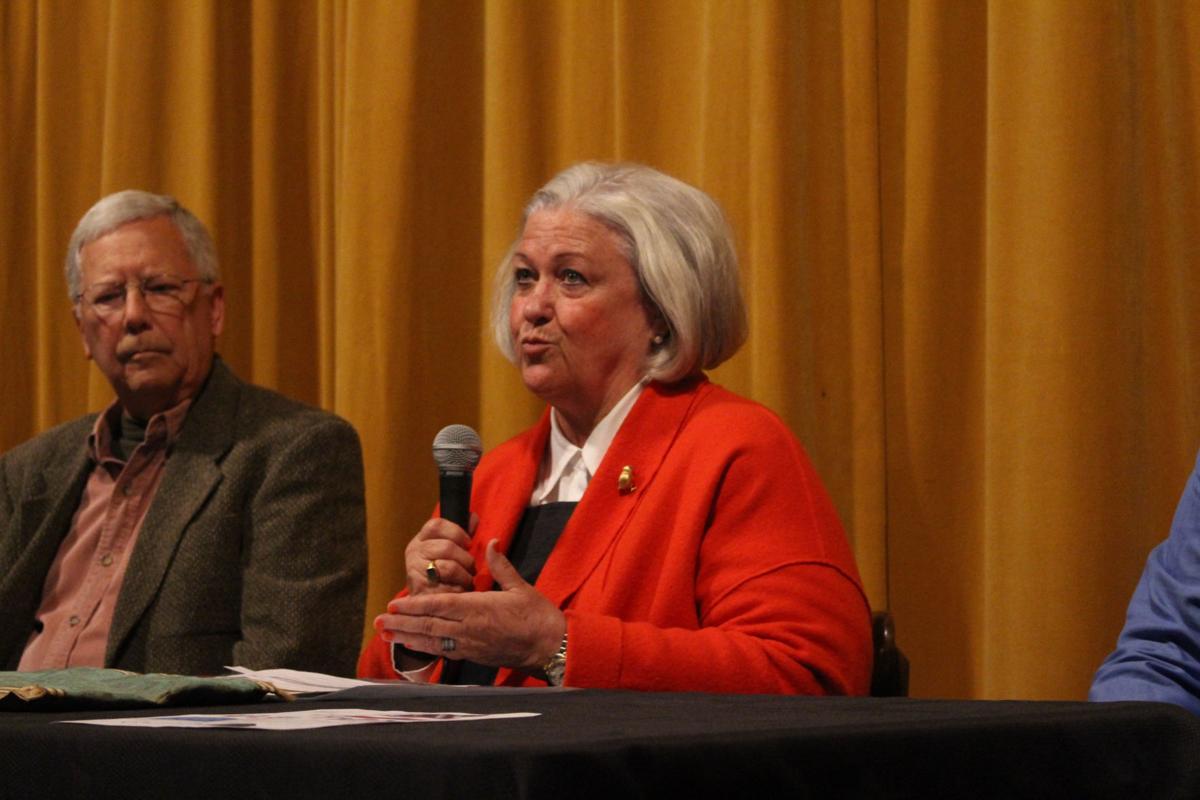 Robin Risley talks about her background at an election forum in Cannon Beach. 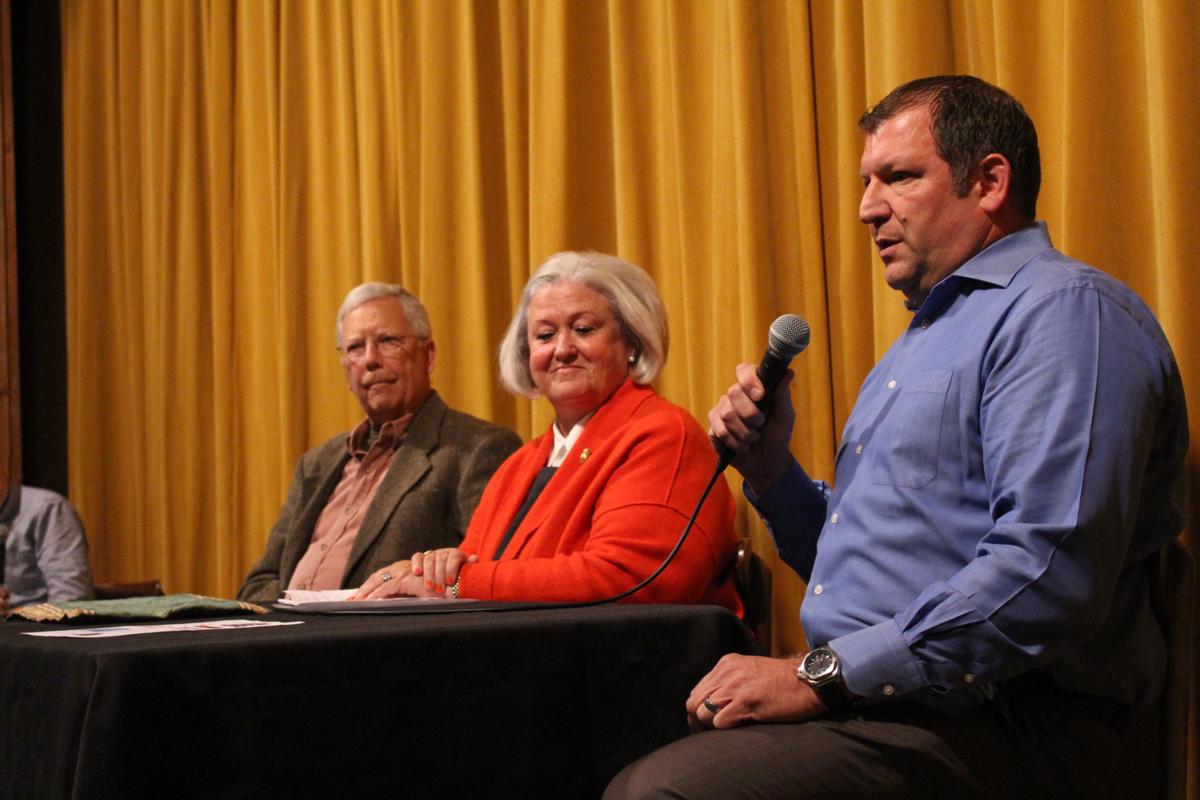 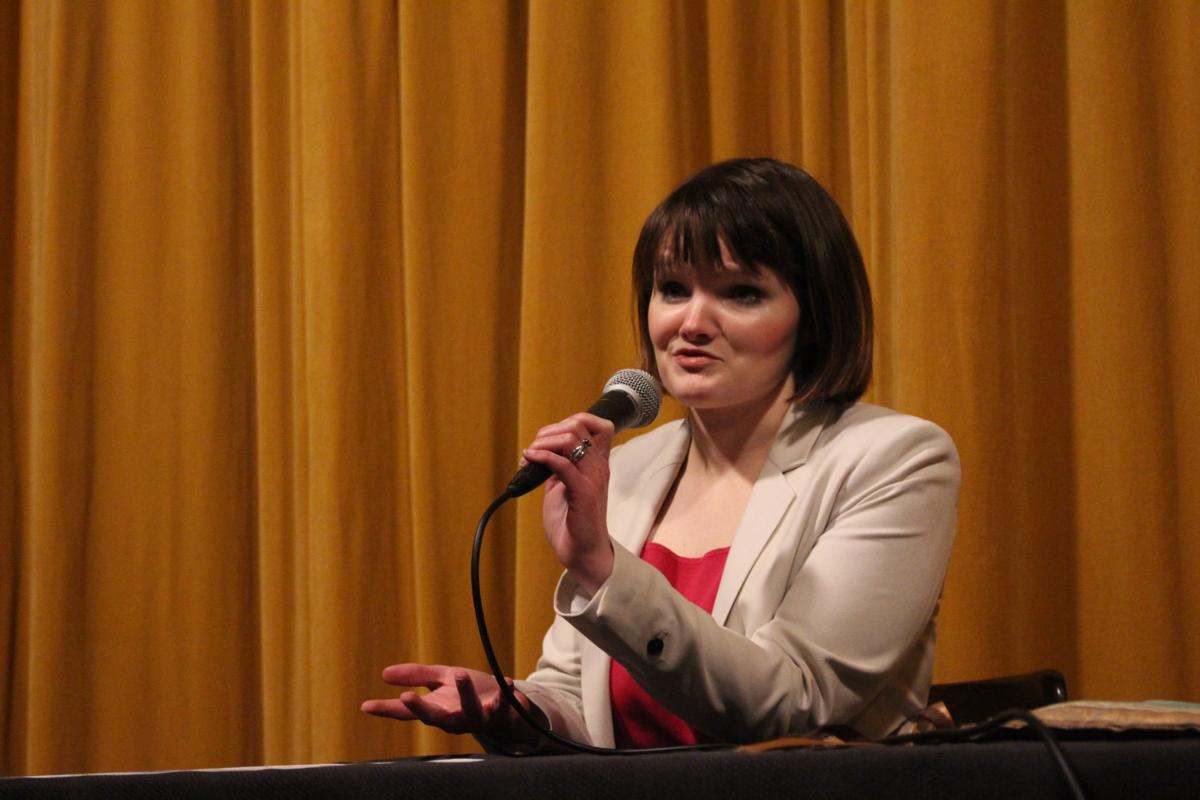 Tiffiny Mitchell, the Democratic candidate for House District 32, speaks at an election forum in Cannon Beach. 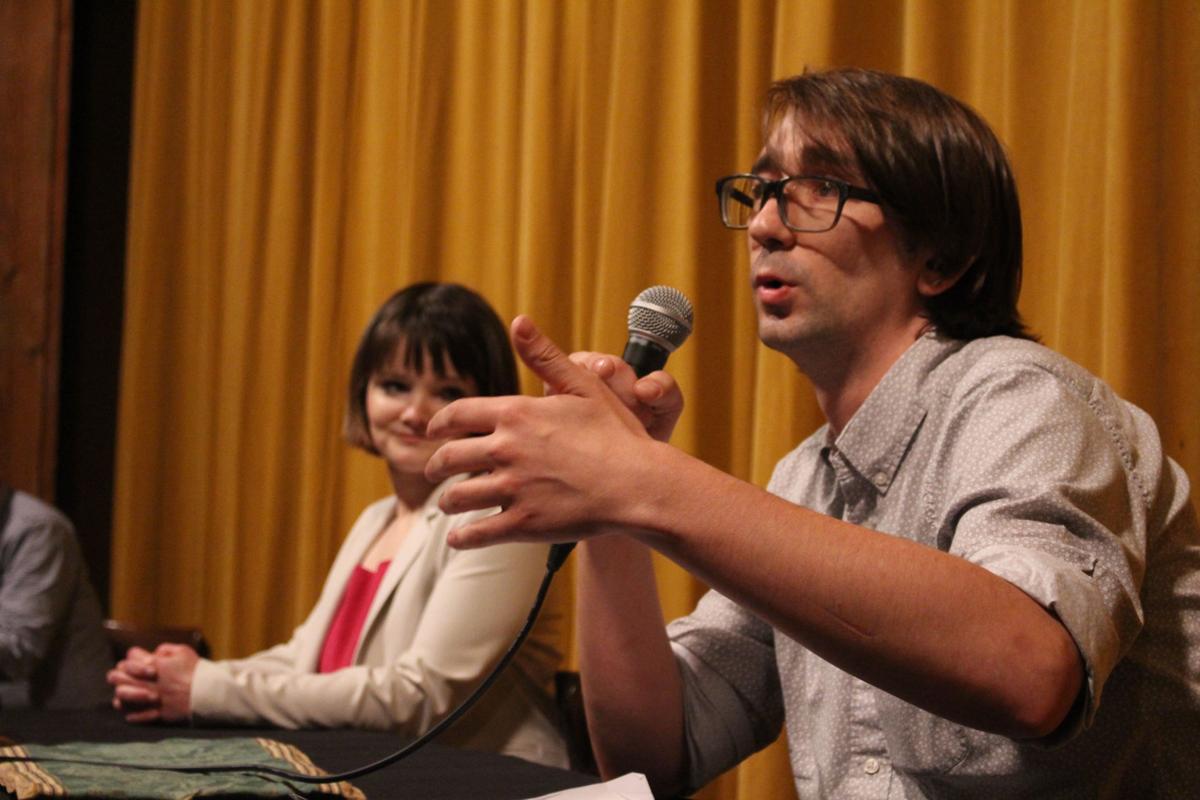 Brian Halvorsen, the Independent running for the House District 32 seat, speaks at an election forum in Cannon Beach.

Robin Risley talks about her background at an election forum in Cannon Beach.

Tiffiny Mitchell, the Democratic candidate for House District 32, speaks at an election forum in Cannon Beach.

Brian Halvorsen, the Independent running for the House District 32 seat, speaks at an election forum in Cannon Beach.

But when asked at an election forum Thursday, Oct. 4, about how they would manage key issues which define that character — vacation rentals, parking and how to contain a growing bunny population — their views diverged.

City Councilor Mike Benefield, Greg Swedenborg, a hotelier and Cannon Beach Chamber of Commerce board president, and Robin Risley, a real estate agent and planning commissioner, are vying for two seats on the council in November. Mayor Sam Steidel is running for his seat unopposed.

They were joined by state House District 32 candidates Tiffiny Mitchell, a Democrat, and Brian Halvorsen, an Independent. Republican Vineeta Lower was invited but did not attend. The forum was sponsored by The Daily Astorian.

On some issues, like the bunny infestation frustrating neighbors in Tolovana, candidates were equally stumped.

“But I think the problem lies in the eye of the beholder,” Benefield said. “You either love them or hate them.”

But on others, like regulating vacation rentals, the candidates disagreed on approaches.

Benefield advocated for a proposal about to go before the Planning Commission that would eliminate the five-year rental permit that allows some homeowners nightly rentals.

“It’s putting a commercial business in a residential neighborhood,” he said.

Risley instead felt the city should do more to crack down on illegal rentals, which she believes will happen once the city hires a code enforcement officer.

Swedenborg, however, feels the number of rentals registered with the city is fair. Only about 30 homes have the five-year unlimited permit, and the revenue generated from those rentals benefits the city significantly, he said. Instead, he would propose raising the annual fee for the permit from $350 to $3,000 and suggest using the revenue to fund more affordable housing solutions.

“These houses we’re talking about are designed to be rentals. We can’t turn back the clock on that,” Swedenborg said.

Candidates also differed on how they would address parking during the city’s peak tourism season.

“A flashing sign that says we’re full?” Benefield joked. “Unfortunately we’re a beautiful place, and the rest of the world is finding out. I’m not sure what to do about that.”

Benefield supports creating a shuttle system between town and the U.S. Highway 26 junction, as well as parking at South Wind. Risley leaned more toward creating a committee to study the issue, as well as leveraging underutilized parking lots at businesses like the Cannon Beach Community Church or banks while they are closed.

Swedenborg said he wasn’t sure of the solution, but advocated for paid parking in city-owned parking lots. By his estimates, the three lots could raise about $500,000 a year to fund whatever option the council decides.

Mitchell and Halvorsen also chimed in about the impact of tourism in the region, saying each would work on the state level to rework the way lodging tax revenue gets distributed to cities.

“A lot of people already know we’re here,” Mitchell said. “So let’s cut back a little on promotion and reinvest in things like our roads, our schools … which would not only be a benefit to the communities, but would ease the tax burden on those who live here.”