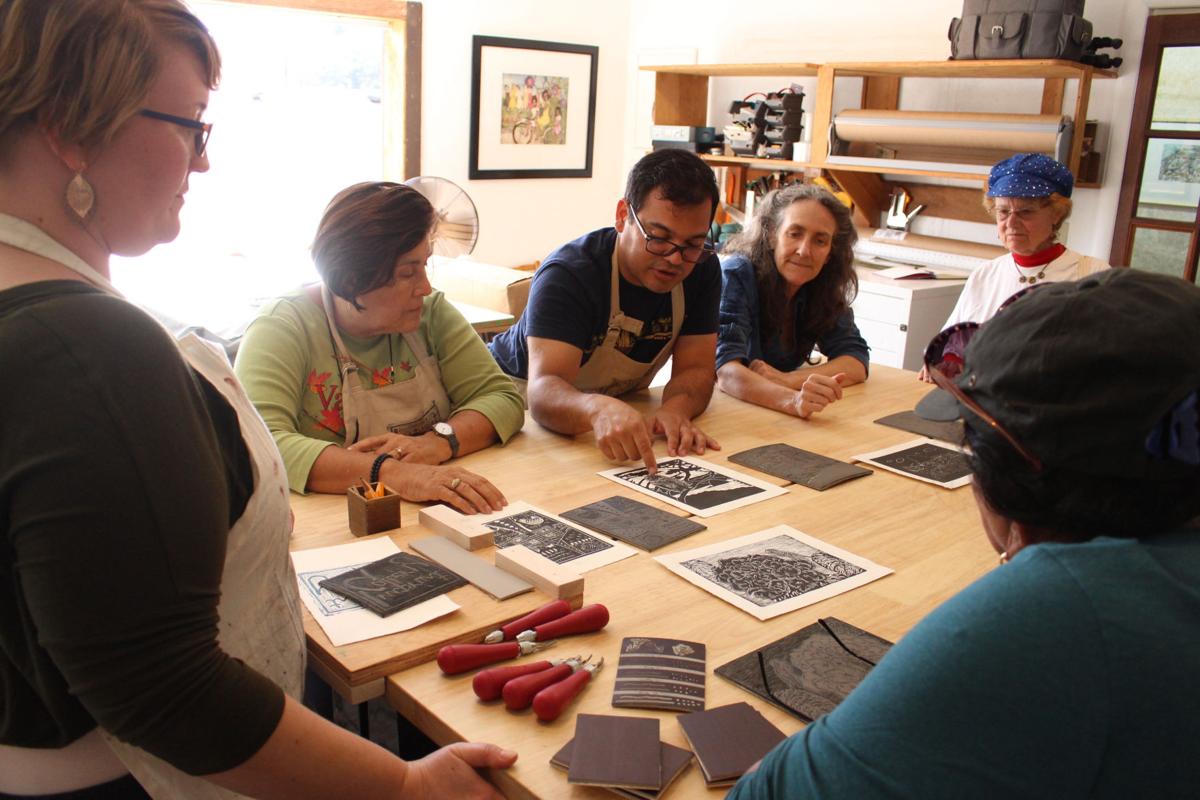 Visitors from the Partners of the Americas exchange program learn the art of printmaking at Imprint Gallery. 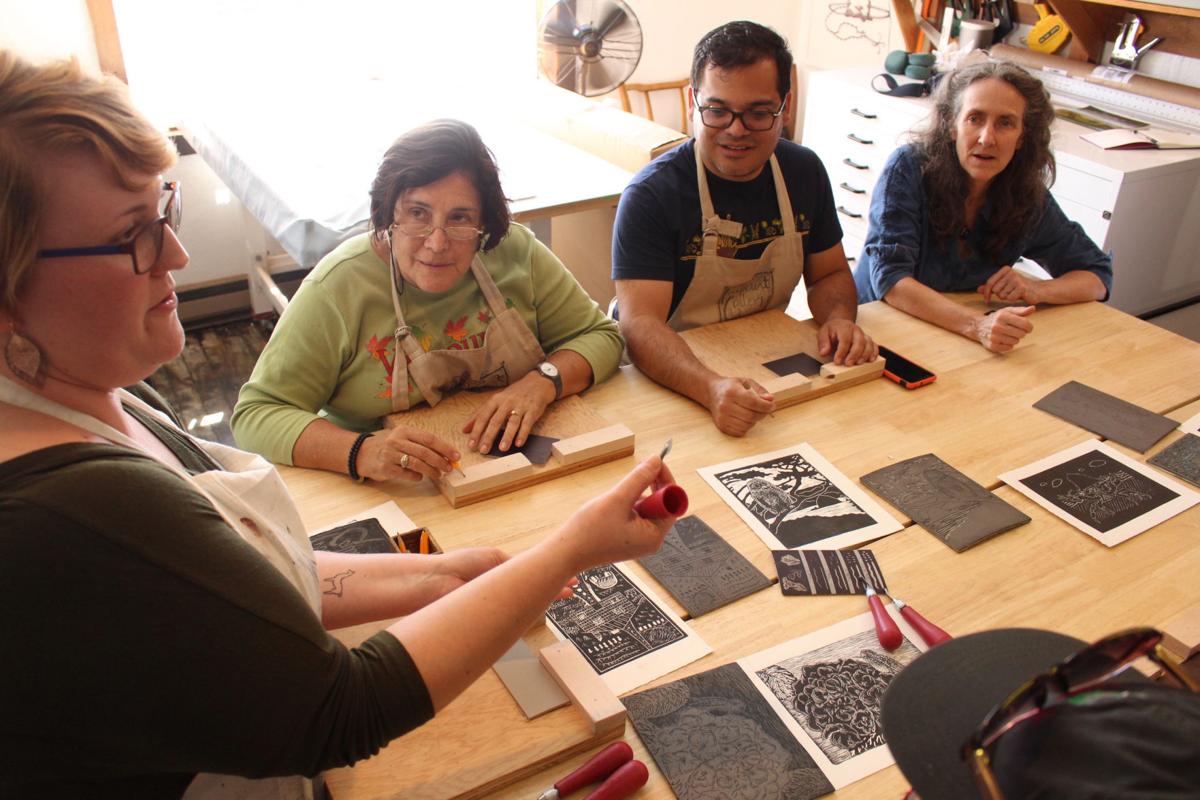 Visitors from Costa Rica apart of the Partners of the Americas exchange program learn the art of printmaking at Imprint Gallery.

Visitors from the Partners of the Americas exchange program learn the art of printmaking at Imprint Gallery.

Visitors from Costa Rica apart of the Partners of the Americas exchange program learn the art of printmaking at Imprint Gallery.

There was a lot to take in during Alfredo Marin’s first trip to Oregon. Back home in Costa Rica, Marin had never seen sea lions like the ones in Astoria, and the clam chowder challenged the stereotype American’s had bad food, he said.

“In Costa Rica, you think Americans only have hamburgers and hot dogs, but that’s definitely not the case here,” Marin said.

The views of Haystack Rock were impressive, and Oregon’s scenery expansive, but what stood out to Marin about Cannon Beach after a day was the feeling of community.

“I live in the capital, San Jose, and we’ve lost that sense of neighborhood feel,” he said. “You can see the community building in the library, HRAP — in Costa Rica there isn’t as many programs for everyone.”

Marin was one of the four visitors apart of the annual Partners of the Americas program, a program started in the early 1960s that facilitates cultural exchanges between South American countries and U.S. states. Every state is partnered with a country, but Oregon is the only state that still provides month-long, statewide home stays and tours for Costa Rican visitors.

The goal of the program is to facilitate that feeling of community Marin described, as well as a way to understand and bridge cultural barriers.

Jeanie McLaughlin has been one of the Cannon Beach coordinators of the program for more than 20 years. She has participated in the exchange herself by traveling to Costa Rica twice, and said she first got involved when she heard about the program from a friend in town. A former Spanish teacher, McLaughlin found she fell in love with the chance to meet new people and broaden her horizons.

“It’s a really nice program,” McLaughlin said. “Some of the Costa Ricans know Oregon better than some of us locals by the end of it.”

By the end of September, those in the program will have stayed in four separate Oregon cities for a week each. In Cannon Beach, that involved potlucks, coffee shops, art gallery and nature tours. While the trip is focused on showcasing as much of Oregon as possible, these exchanges also provide invaluable experience for everyone to exercise their English and Spanish.

The program has been established for more than 50 years, but the number of people apart of the program has been on the decline, president Ned Heavenrich said. The average these days for the coastal chapter sits at around 20, when ideally the group used to see numbers around 50.

Heavenrich sees the decline due to the fact most members are retired and older, and the program hasn’t been attracting enough new members to make up for the natural attrition. Budget cuts from the federal government also has contributed to declining numbers.

“You can’t get that personal, cultural connection with someone without exchanges,” Heavenrich said. “You can’t look up online and learn about a family’s passion or activities. We have a lot to learn.”

And the lessons the program originally sought out to teach are still relevant today, McLaughlin said,

“It’s relevant now more than ever to promote peace and understanding to countries south of the border And we still need that a lot in our political climate,” she said.

Marin, 38, is one of the few in the program who is not retired. His passion for exchange programs came from his mother, whom he said hosted visitors from all over the world growing up. He hopes to keep the tradition alive in his own home.

“It’s a humbling experience. I feel very tiny when I travel,” he said. “But so much good can happen when you learn from others.”