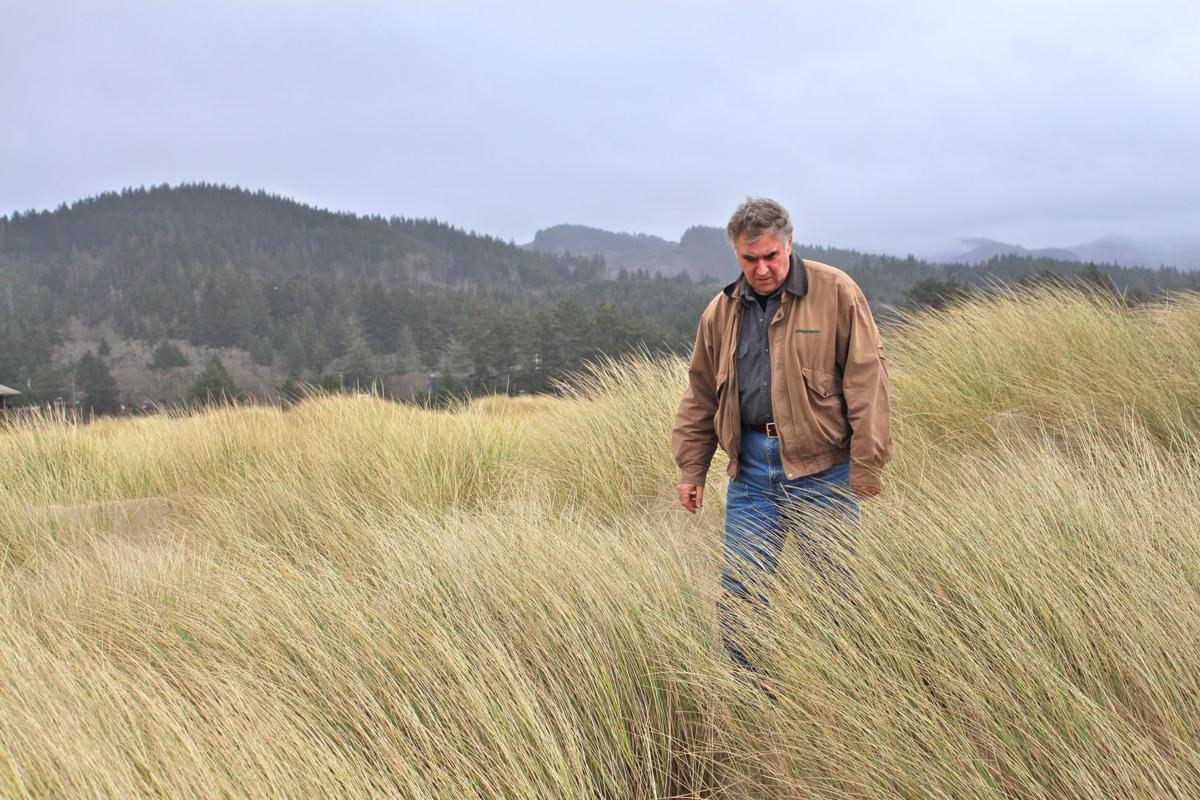 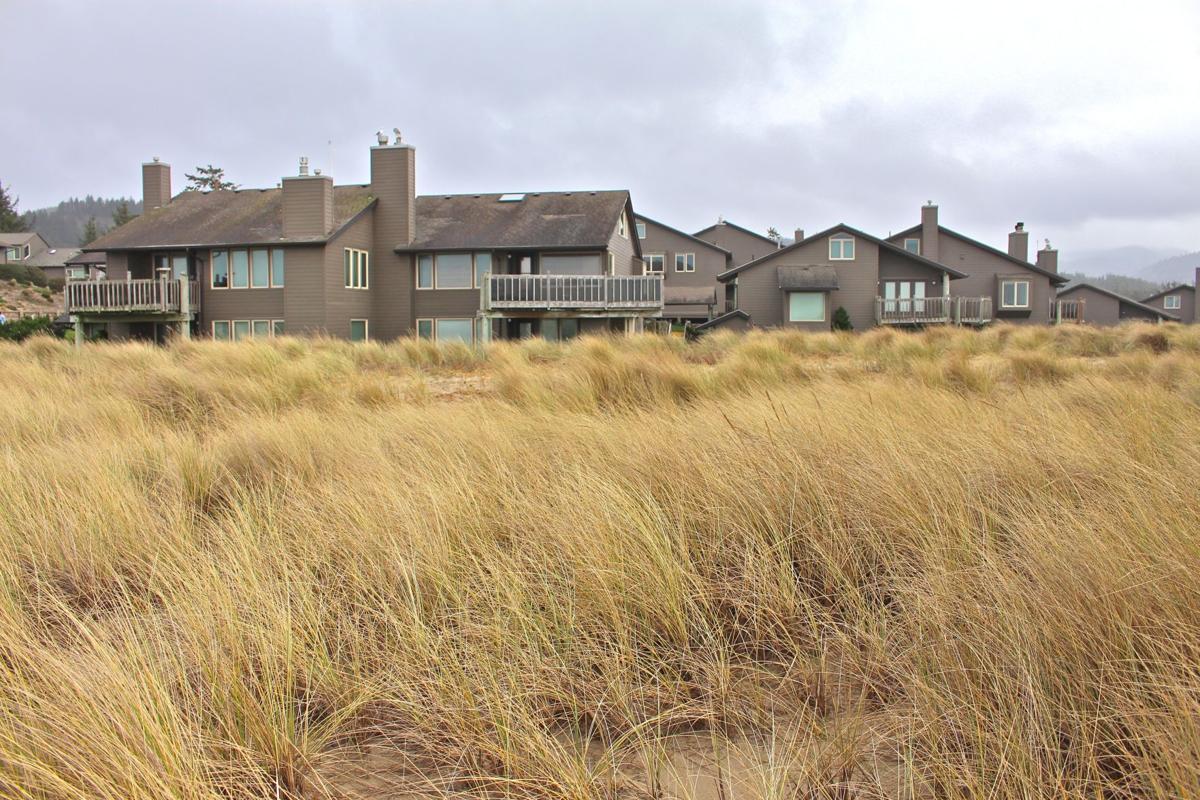 ERICK BENGEL PHOTO The dunes west of the Breakers Point condominium complex block (what were once) the oceanfront views of several property owners. The homeowners association has filed an intent to appeal the City Council's decision not to allow the association to relocate up to 73,400 cubic yards of dune.

ERICK BENGEL PHOTO The dunes west of the Breakers Point condominium complex block (what were once) the oceanfront views of several property owners. The homeowners association has filed an intent to appeal the City Council's decision not to allow the association to relocate up to 73,400 cubic yards of dune.

The Breakers Point Homeowners Association has notified the Oregon Land Use Board of Appeals that it intends to appeal the City Council’s March 3 decision denying the association’s request to grade nearly 74,000 cubic yards of sand from the dunes west and south of the condominium complex.

Dean Alterman, the association’s Portland lawyer, filed the notice with the state agency March 10, he said. By now, the 43 people who participated in the council’s decision by providing oral or written testimony should have received notice.

He anticipates that, barring any mishaps, LUBA will hear the case in late May or early June, and hand down its final decision by late June, he said. “It’s a pretty fast time schedule.”

LUBA, which cannot accept new testimony, can take one of three actions: affirm the City Council’s decision (which upheld the planning commission’s January denial), decide there were procedural errors and remand the case back to the council, or — the rarest option — they can overturn the council’s decision and allow Breakers Point to proceed with the dune grading, Alterman said.

If LUBA remands the case back to the city, the council may rehear it, adopt new findings from LUBA or, perhaps, send it upstream to the planning commission.

Though most LUBA decisions are considered final by both parties, the losing party has the right to appeal LUBA’s decision to the state Court of Appeals and, if that doesn’t pan out, to the state Supreme Court. However, whereas the former must hear the case, the latter may refuse it.

Alterman said his Breakers Point clients don’t want to suggest that their LUBA appeal stems from “animosity or any problem with the city. They’re doing what they need to do to protect their interests.”

Why did Breakers Point choose to pursue a LUBA appeal rather than start over with the planning commission, as the City Council advised?

“Because we’re at a point where we’ve got a building that’s about to drop into the ocean,” said Bruce Francis, property manager of the homeowners association.

Part of Breakers Point’s original proposal involved placing 7,000 cubic yards of the graded sand on the embankment of the Ecola Creek Estuary to stabilize Building No. 45. The condo, which sits near the creek’s edge, has seen its backyard erode away. This rapid process threatens to expose the gas main and undermine the building’s foundation.

Soon, Breakers Point may have to turn to the municipal code’s clause that allows them to place emergency riprap beneath the building, in lieu of graded sand. “We’d be left no alternative,” he said.

Since four to five months passed between Breakers Point submitting its request for a conditional use permit to the City Council’s unanimous denial, Francis said it doesn’t make sense to begin again with the planning commission.

“We don’t want to let the building sit there five more months, waiting for a decision,” he said.

In recent years, an enormous volume of sand has become lodged in non-native European dune grass along the Breakers Point beachfront, creating dunes that rise in some places almost 50 feet above sea level, according to Tom Horning, a local geologist working with the homeowners association. These dunes have begun to block the expensive oceanfront views of Breakers Point property owners. Wind gusts frequently push loose sand onto yards, decks and patios.

The Breakers Point plan involves removing about 73,400 cubic yards of dune in phases over the next few years, thereby saving oceanfront views, reducing sand inundation and returning the sand to the coast’s natural sedimentation system.

However, the total amount of sand to be graded and relocated is unprecedented in Cannon Beach’s history. This fact provoked significant opposition from the community at two planning commission meetings and at the City Council meeting earlier this month.

Several community members spoke out against, among other concerns, what they perceived to be the destruction of a beloved environment that should be considered a community resource.

Breakers Point homeowners “certainly don’t want this one difference of opinion to interfere with their long-term relationship with the city,” Alterman said. “They’ve been a part of the city for a very, very long time.”

Between the planning commission’s December 2014 meeting and its January 2015 meeting, Breakers Point chose to modify its proposal based on criticism from the commission and the community.

Instead of dumping the graded sand onto the shoreline, where it could smother razor clams, Francis said the homeowners association would deposit it above the high-tide line.

Instead of carrying out the dune grading in two large phases over two years, the association said it would do it in increments of 15,000 cubic yards, every six months, until the project was finished.

And, instead of dumping sand onto the embankment of the estuary to stabilize the soon-to-be-compromised condo, the association said it could revisit that issue as part of a separate application.

Though Breakers Point framed the revisions as a matter of giving the planning commission different options to consider, the commission felt that they were looking at a new proposal entirely and denied it 4-2.

The appeal before LUBA encompasses both the original proposal and the revised one, Alterman said.