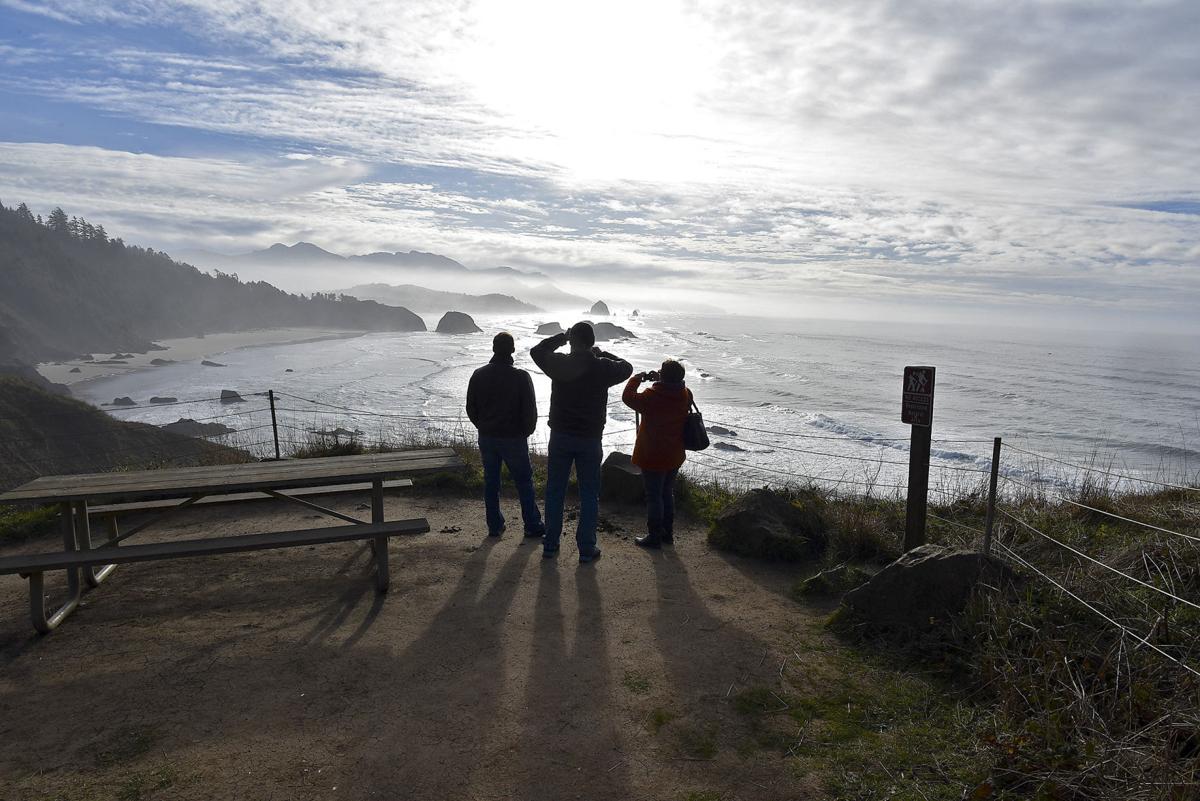 Visitors to Ecola State Park take in one of the many scenic views in the area. 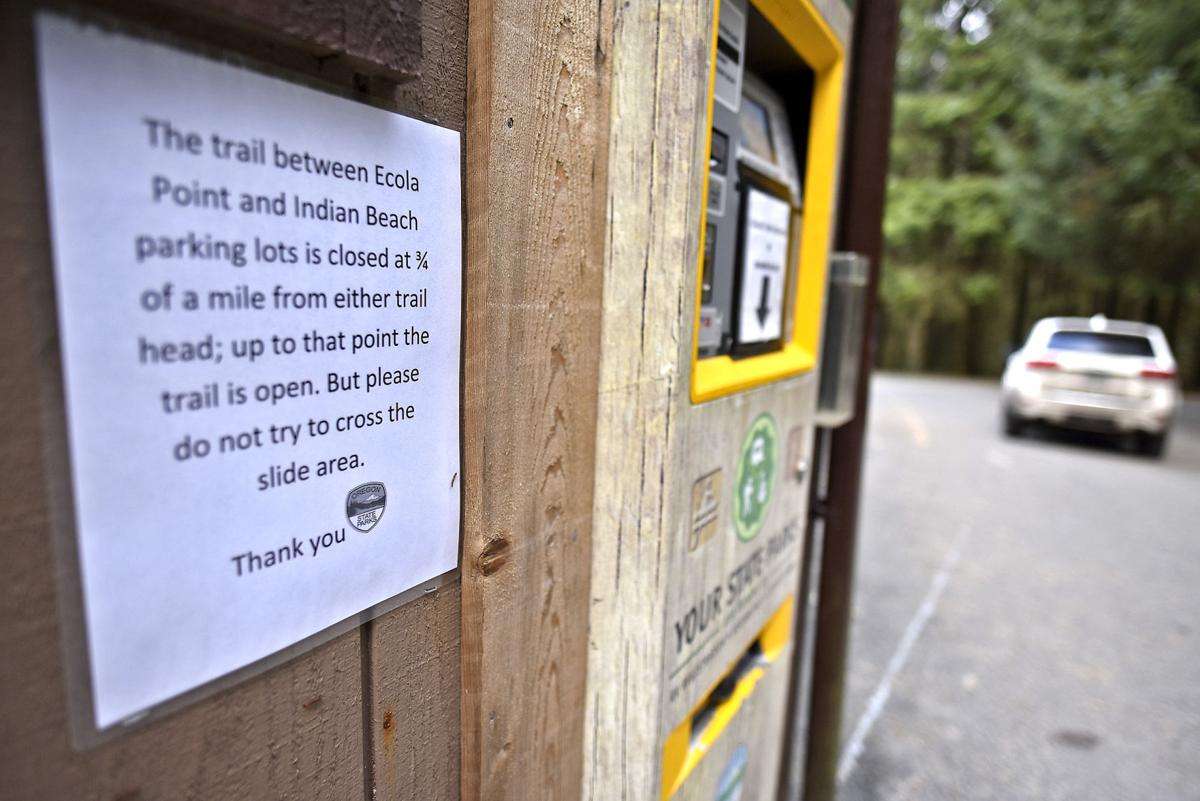 A sign at the park ranger pay station at the entrance to Ecola State Park lets visitors know about the condition of trails. 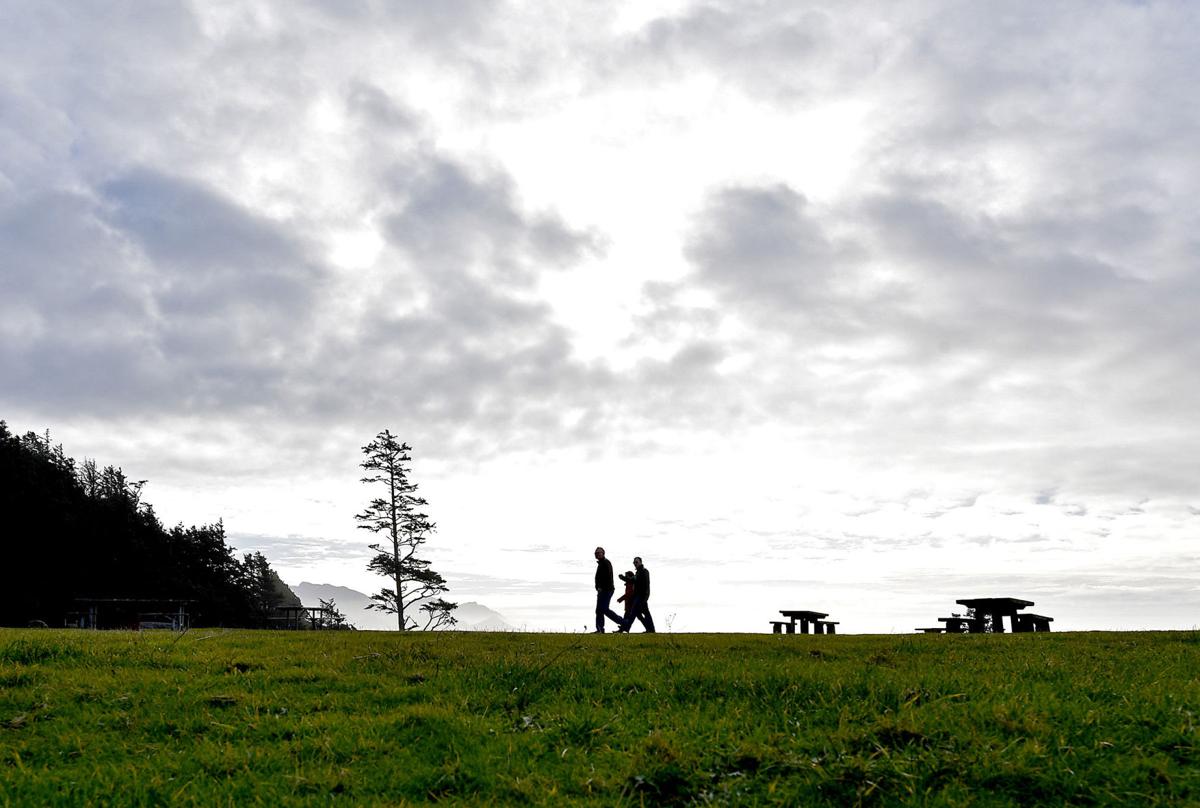 Visitors return to the main parking area at Ecola State Park after admiring a few of the many scenic viewpoints of the coast. 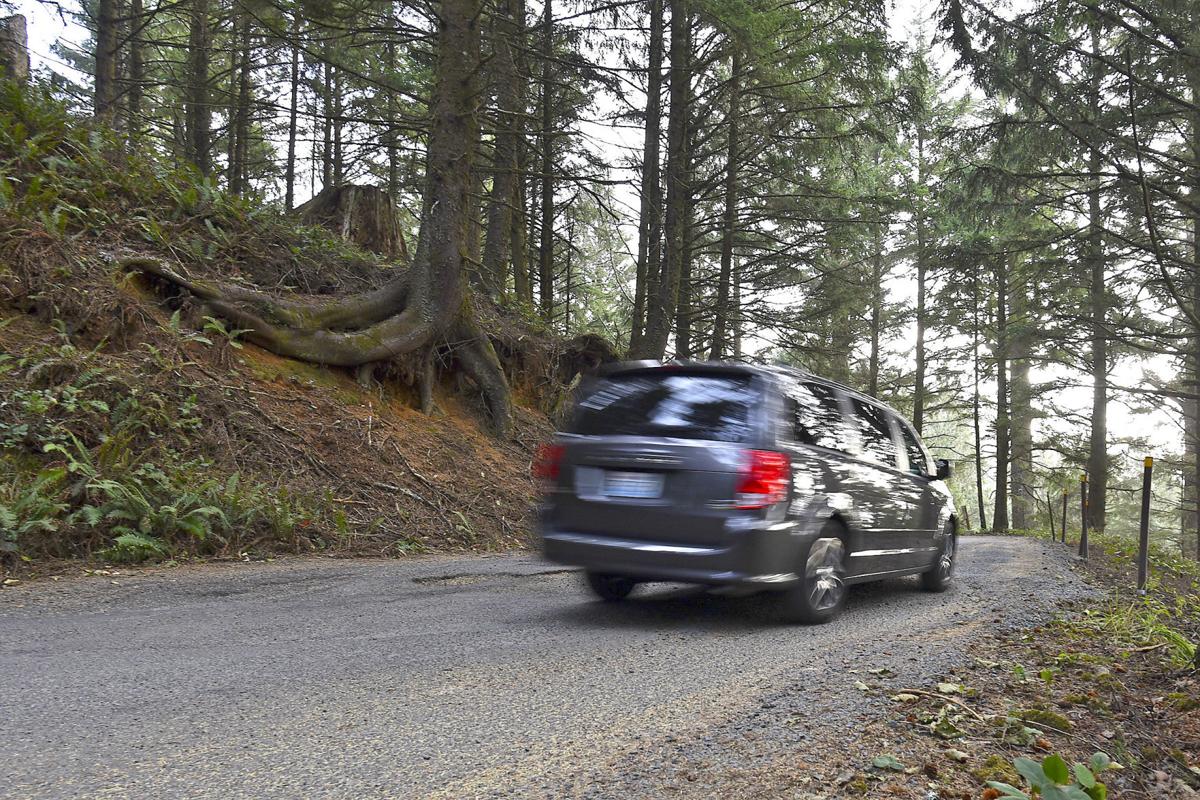 Visitors to Ecola State Park take in one of the many scenic views in the area.

A sign at the park ranger pay station at the entrance to Ecola State Park lets visitors know about the condition of trails.

Visitors return to the main parking area at Ecola State Park after admiring a few of the many scenic viewpoints of the coast.

As Ecola State Park braces for winter, some issues continue to haunt it, but changes intended to improve the park’s offerings are on the way.

For years, the park has made do with one full-time ranger supplemented by a variety of part-time and seasonal staff. Some years park managers have had to go without a full roster of those extra hands. In the last few years, landslides and other unexpected disasters hit the park — a massive landslide snipped a popular trail between Ecola Point and Indian Beach recently — forcing rangers to adjust what tasks take top priority. Minor tasks have continued to pile up.

A trail reroute to Indian Beach and possibly an entirely new road into the park to avoid landslide areas — as first proposed in a 1975 master plan — are still a ways off. In the meantime, funding for a second full-time park ranger at Ecola and Tolovana will help staff tackle long-deferred maintenance and bring the 1,023-acre state park known for its sweeping views and lush forest trails closer to service level standards, said Park Manager Ben Cox.

Now, said Cox, “we’ve been able to focus a little more work there. Just little things here and there.”

A grant from the federal Recreational Trails Program for work in other state park areas that fall under Cox’s oversight will impact Ecola State Park indirectly.

“It does relieve a little bit of the financial pressure and should allow us to spend some local resources on some of those trails within Ecola,” Cox said.

The trail work Cox has in mind would be separate from the reroute that’s necessary to reconnect a trail from Ecola Point to Indian Beach. That trail was severed by a landslide that sent a hillside of dirt, trees and undergrowth oceanward, creating an ocean view where there had never been one before.

A new route recommended by Ptarmigan Ptrails, a trail construction company, would take hikers around the slide area with a climb to a ridge far above. The proposed reroute is expected to cost between $20,000 and $50,000.

The original trail that hugged the cliff line has not been passable since last year. The park itself was open and closed sporadically throughout the spring as Cox and his staff dealt with issues related to several landslides.

Park rangers have kept the trail segment from Ecola Point to the slide open, but they have discouraged foot traffic through the slide area. Signs at the pay station above Ecola Point and at the trail head in Indian Beach inform visitors that the trail is washed out and asks hikers not to try and cross the slide.

Dozens of people have clearly ignored the plea. The slide area is criss-crossed by narrow paths stamped with boot prints and animal tracks.

In May, one park ranger said the area looked like a bomb had gone off. It still looks that way, but the scar isn’t as fresh now. Undergrowth has crept back and, with the mild start to winter this year, persisted into December. Beyond the makeshift paths, the ground is soft and fractured. A shallow muddy stream cuts down the hill, spilling coppery water across the beach far below.

Last December, storms shut down access to Indian Beach and caused sinking and sliding along Ecola Park Road. Erosion around the Canyon Creek culvert became an issue, too. Such problems continue to haunt the park leading into the winter months this year.

The park receives an estimated 313,808 visitors each year, most of them arriving during the summer months when the weather is more inviting. Summer traffic wore away at repairs crews completed on Ecola Park Road in the spring. Areas where the asphalt was torn away and replaced with compacted gravel are now pockmarked by potholes. The park management had opted to repair the areas with gravel to make future fixes easier to address.

“We are always concerned about the status of the road and the slide that’s occurring there and how that can be impacted by a heavy rain event or heavy rain combined with strong winds,” Cox said. However, routine winter weather is not a huge concern, he added. The park has weathered many storms. Road conditions simply remain another thing for rangers to keep an eye on.