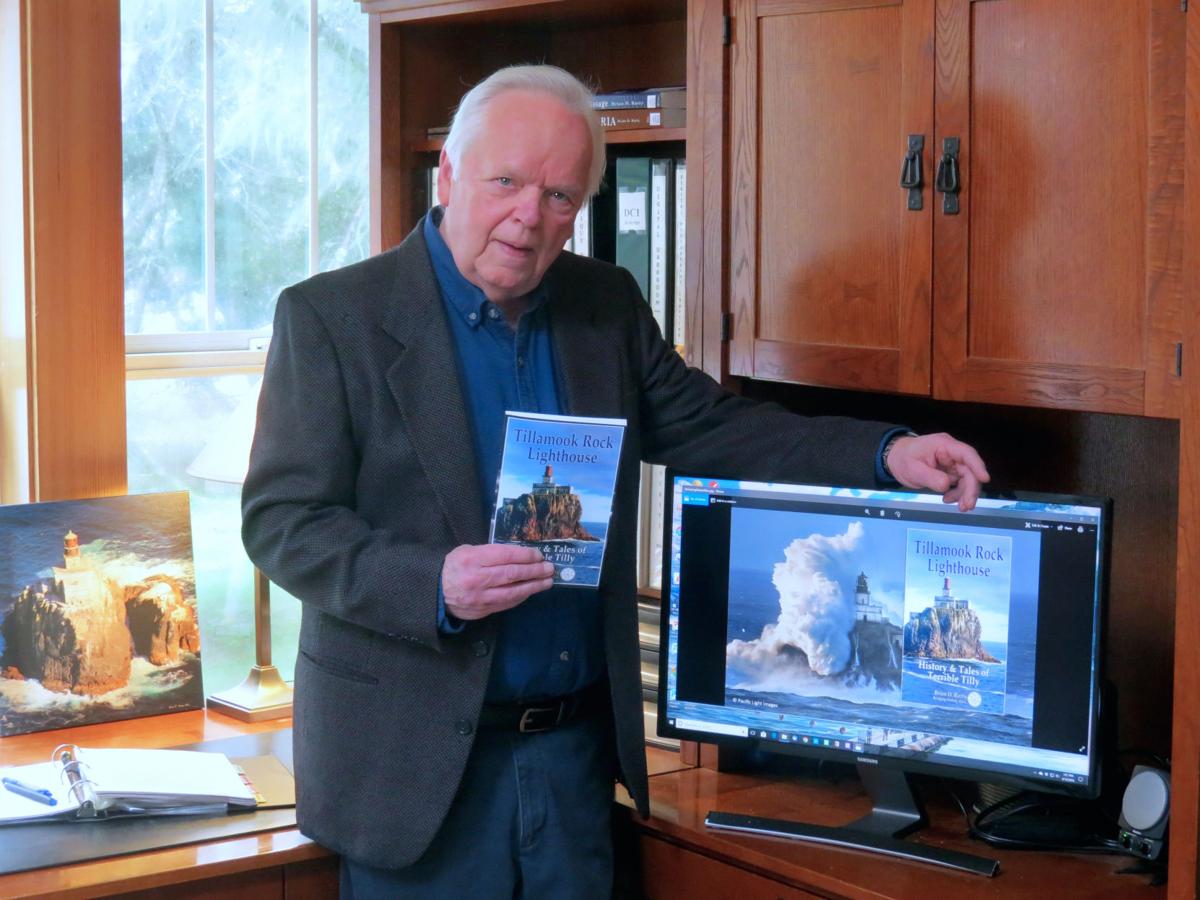 Local author Brian Ratty holds his recently released book “Tillamook Rock Lighhouse: History and Tales of Terrible Tilly.” Ratty will do a reading and signing at Beach Books on April 28. 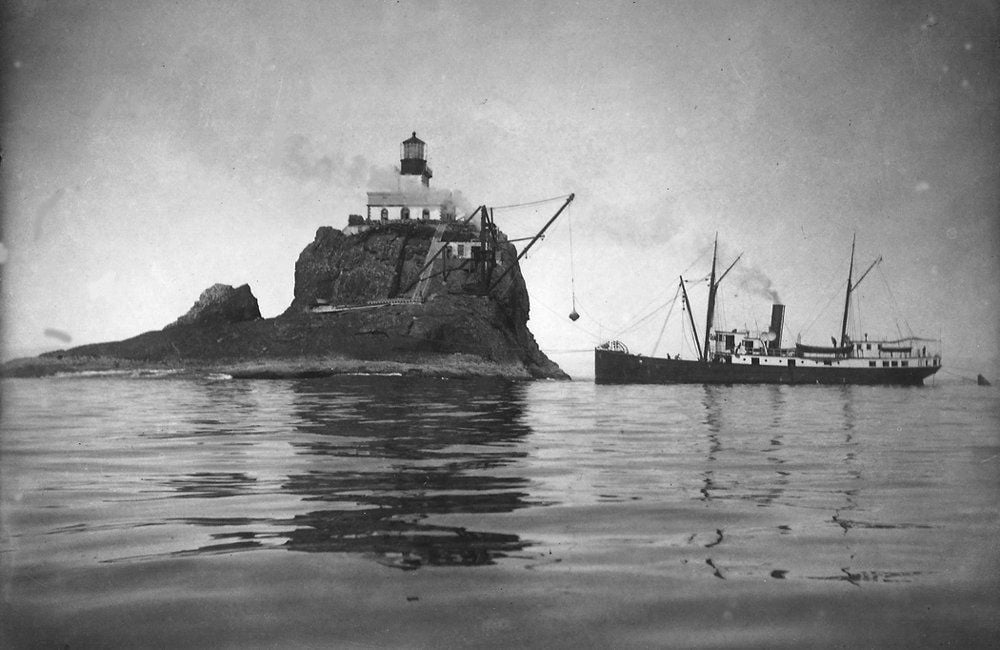 Local author Brian Ratty holds his recently released book “Tillamook Rock Lighhouse: History and Tales of Terrible Tilly.” Ratty will do a reading and signing at Beach Books on April 28.

Known for her fortitude to withstand nature’s elements, the Tillamook Rock Lighthouse is not much more than a ghostly shell of her true glory. She is battered, beaten and abandoned, but still, she stands nearly 134 feet above sea level on a solitary rock off the shore of Tillamook Head.

There are six known books written about the lighthouse — most of them out of print. The newest book “Tillamook Rock Lighthouse: History and Tales of Terrible Tilly” by Brian Ratty, a local author who enjoys writing historical novels, was released in early April.

The book is mostly written in a narrative form and includes correspondence letters and logbook excerpts kept by former lighthouse keepers. There are passages from the book “Tillamook Light” by James Gibbs, a young Coast Guardsman who spent tours of duty on the rock in 1945 and to whom Ratty dedicates this book, as well as accounts from local newspapers. He writes about the different ownerships and how they came to buy the lighthouse since its decommission on Sept. 1, 1957.

Ratty includes historical photos of area lighthouses, ships, shipwrecks, and engineering sketches. There are no known photos of what Tillamook Rock looked like before it was leveled, or “decapitated” as Ratty writes in his book, revealing “it looked like the hump of a camel’s back.”

However, during Ratty’s research, he found what is known as the only illustration of what the rock looked like before decapitation, which was included in a report by H.S. Wheeler, the superintendent of construction.

He gives a historical account of why American lighthouses were built, which was to ease the way for trading ships. As for Tillamook Rock Lighthouse, it was the last of three lighthouses constructed to help seamen safely navigate the Columbia River Bar. Cape Disappointment and Point Adams framed the entrance to the river but were not sufficient enough to keep the ships from danger — a third was needed.

Tillamook Head was considered the optimal location; however, it was constantly enshrined in fog. A large rock west of the headland and a mile out into the ocean was the best option, but getting the lighthouse built and maintaining it proved to be anything but easy. Pounded by winter storms and no sensible access to shelter, the Rock earned the nickname “Terrible Tilly” early on.

While her future is unknown, her legacy earned her the moniker of Terrible Tilly and the mysteries of ghostly sightings and underground spirit caves remain as folklore. “With the single stroke of a pen, Tillamook Rock went from the hands of Mother Nature into the grasp of the Lighthouse Board. It would never be the same again,” Ratty wrote in his book.

Ratty said he always felt a special connection to the Tillamook Rock Lighthouse. “While Karen Emmerling, owner of Beach Books, gave me the inspiration to write the book, it was my family history with the old lighthouse that drove me to the story.”

His grandfather Harry Ratty almost died on the rock in 1934. He became ill due to exposure after a violent storm and was finally removed from the rock after several attempts at rescue.

When his family lived in Seaside during World War II, Ratty said, “we bathed in the light’s beacon and heard her horns almost every night, so the Tillamook Rock Lighthouse was as normal to us as the sea and the surf.”

Ratty noted that since the last book written on the history of the lighthouse was 30 years ago and is now out of print, he wanted to give “Tilly” her voice again.

During his research, Ratty said he learned a much deeper respect for the men of the Lighthouse Service. Not only the keepers, but all the men who built, manned, supplied and maintained light stations up and down the coast. “These were a hardy bunch of dedicated men that kept the sea lanes open and the seafarers safe,” he said. “Hat’s off to all of them! I also developed a deep respect for ‘Tilly’ and feel she’s not ‘Terrible’ after all.

“It’s the centuries of storms she endured that to this day, make her stand proud, strong and tall,” he added.

Although Tillamook Rock Lighthouse is still privately owned, it has become part of Oregon Islands National Wildlife Refuge and, in 1981, it was listed on the National Register of Historic Places.