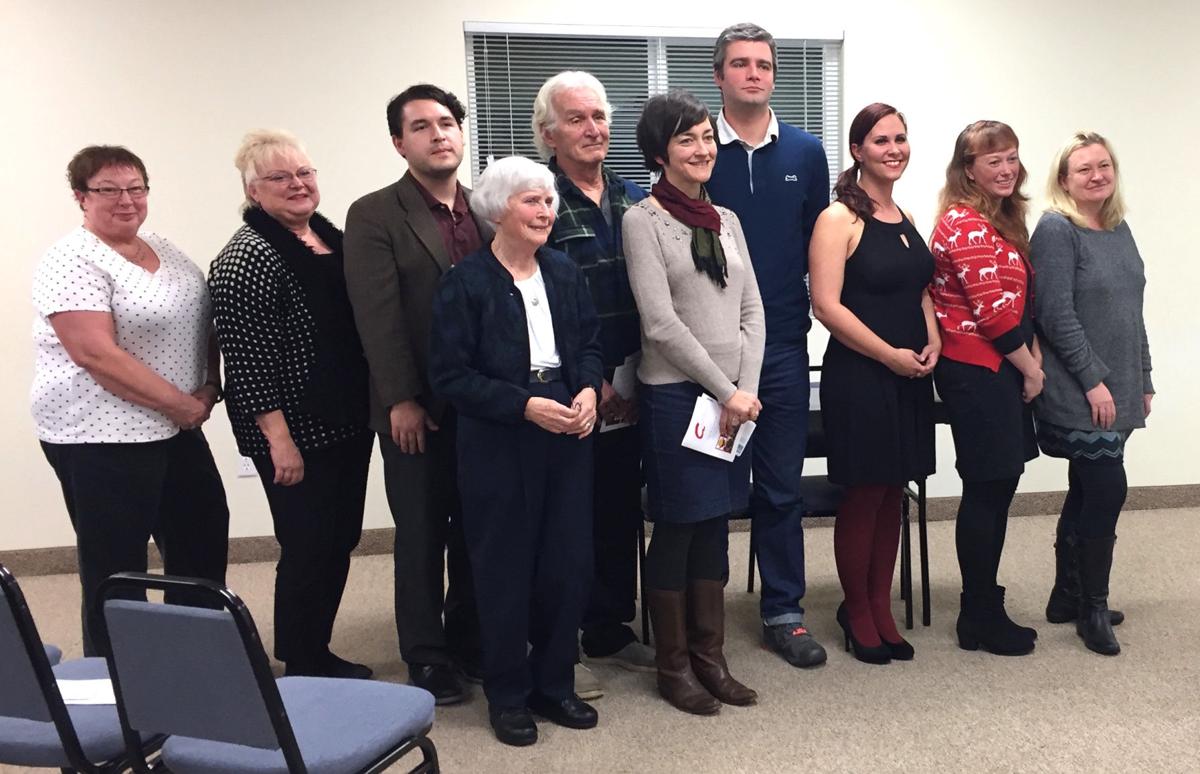 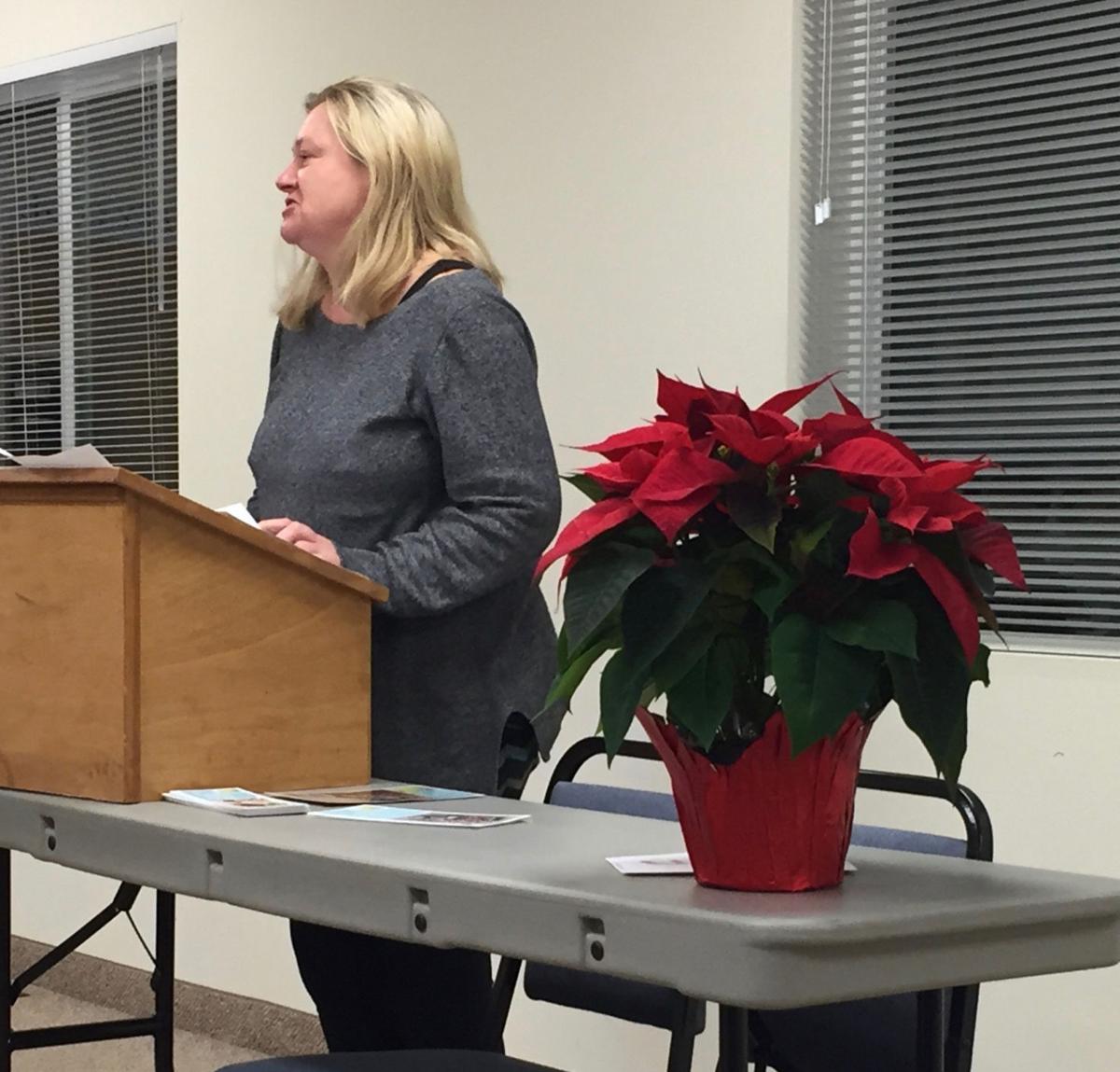 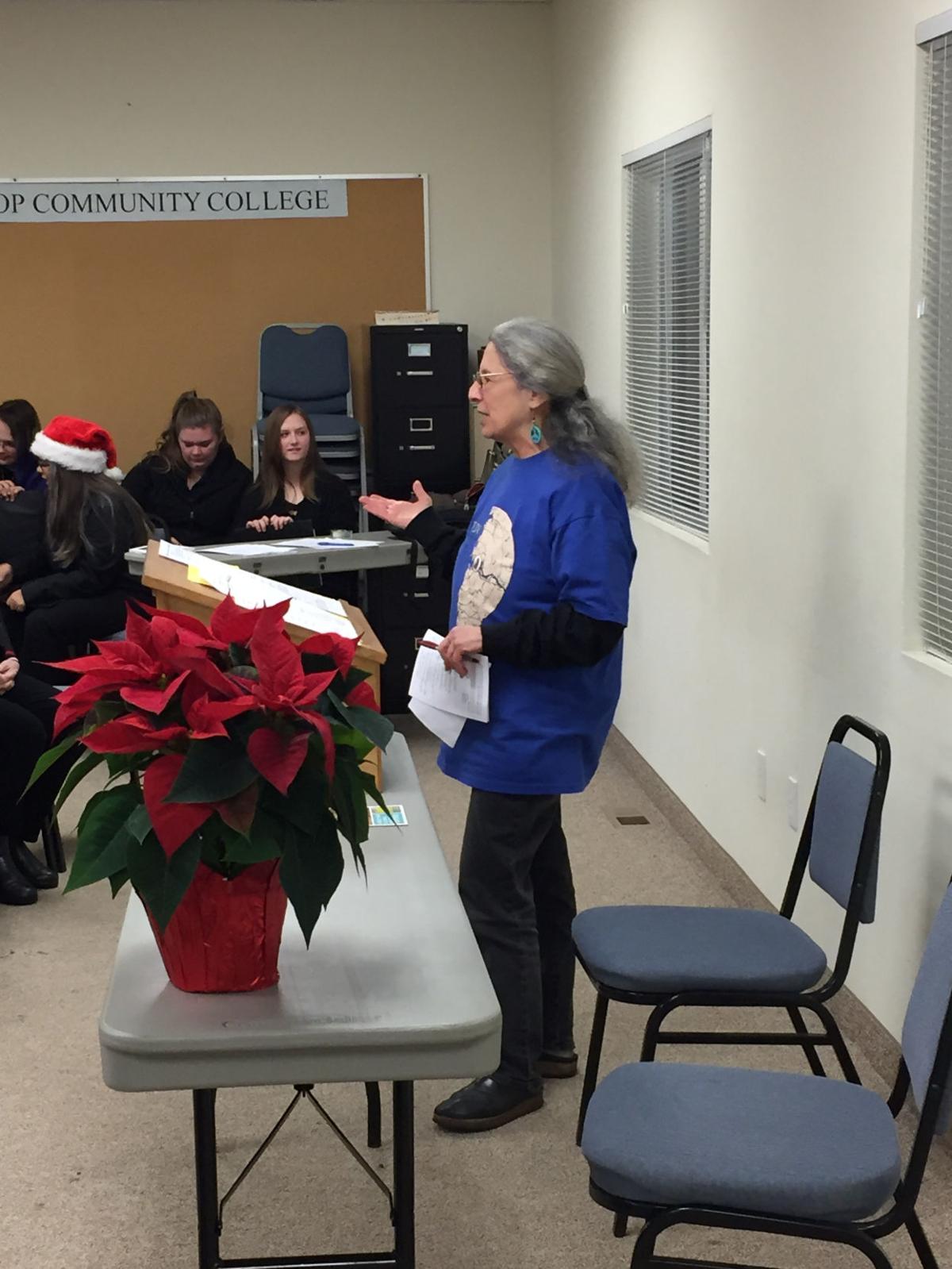 Katherine Lacaze accepted a grant of $1,055 Tuesday, Dec. 6, at Clatsop Community College’s South Campus on behalf of the Sunset Park and Recreation District for the Children’s Theater Summer Workshop presentation of “Alice in Wonderland.”

They were among 10 local organizations to benefit from $11,240 in Clatsop County Cultural Coalition grants funded by the Oregon Cultural Trust and from a small arts and culture grant from the Oregon Community Foundation.

Edward James left Astoria “a zillion years ago” to pursue his theatrical passion in New York, the Midwest and eventually Portland.

“I came here about 10 years ago to retire, and I discovered something significantly different than when I left,” James said. “There were few artistic galleries in the ’70s. When I came back, ‘Cabaret’ was on the front page, there was music in every bar, there were community music organizations developing. It was vastly different. The cultural coalition can take a little credit for that.”

James, a director, was in attendance to accept $1,235 for “All in the Timing,” a live production at the Performing Arts Center. The play will be staged in January and features a cast of North Coast actors.

“It’s smart theater,” James said. “PAC is providing us a place to do that.”

“Our grants are awarded to project that support, maintain, preserve and protect cultural projects in the arts, heritage and humanity in Clatsop County,” Charlene Larsen, the co-chairwoman of the coalition, said.

Carol Lambert of the Clatsop County Historical Society spoke about John Andrew Buchanan,who helped to found the Clatsop County Chapter of the Daughters of the American Revolution in 1920 and the Clatsop County Historical Society in 1921. Lambert’s maternal grandfather, Buchanan is best remembered as the lyricist for the state song, “Oregon, My Oregon,” chosen among 200 entries. The historical society’s grant of $750 will help provide a monument for Buchanan at Ocean View Cemetery. Overall, the group has raised a third of their goal of more than $8,7238, Lambert said.

Tita Montero accepted $1,500 on behalf of the Seaside Museum and Historical Society for updating the Clatsop Nehalem Peoples social studies curriculum, in use for 390 students in 15 fourth-grade classes throughout the county.

“Art saves lives,” KMUN host Carol Newman said in opening remarks. “Culture, libraries, music, history, eduction, the things you are all facilitating or offering. Thank you so much for making this community so rich. It feeds everything: our river, our land, our earth and our people.”