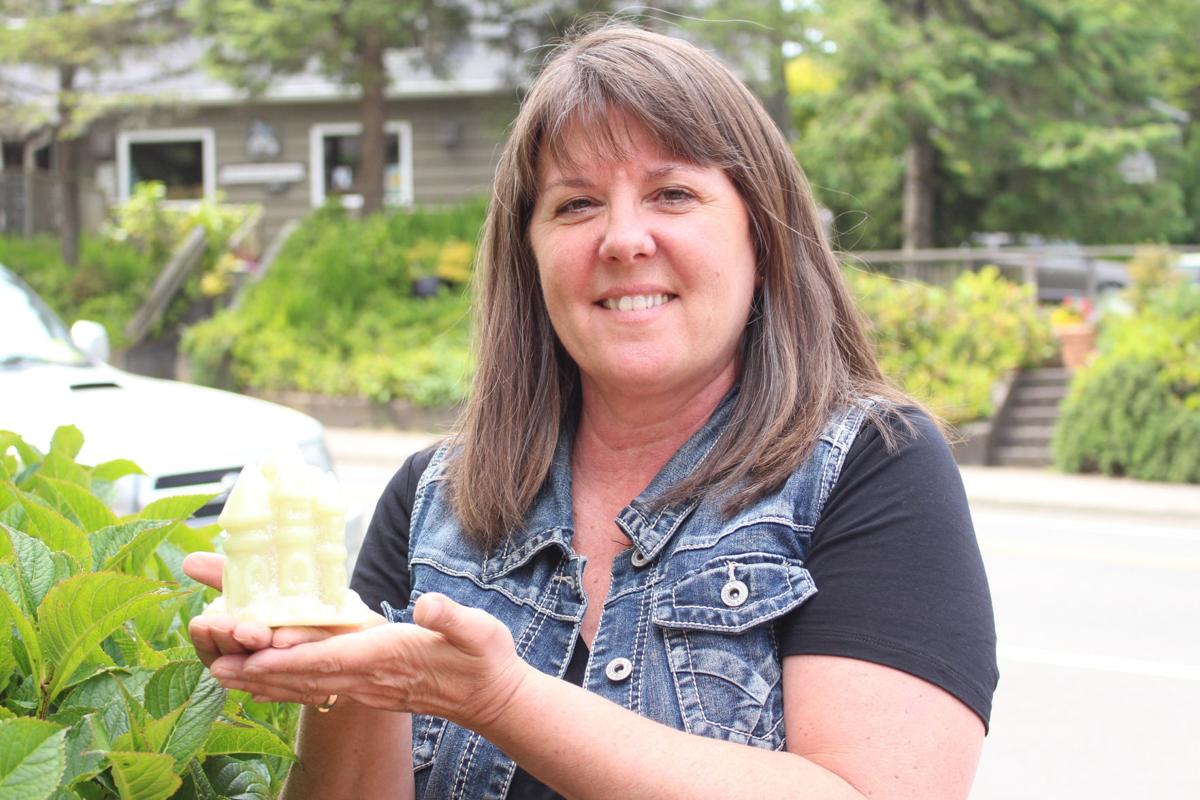 Debbie Nelson holds a sandcastle-shaped candle to show her enthusaism for this year's Cannon Beach Sandcastle Contest. She has been the chair of the Sandcastle Committee for seven years. 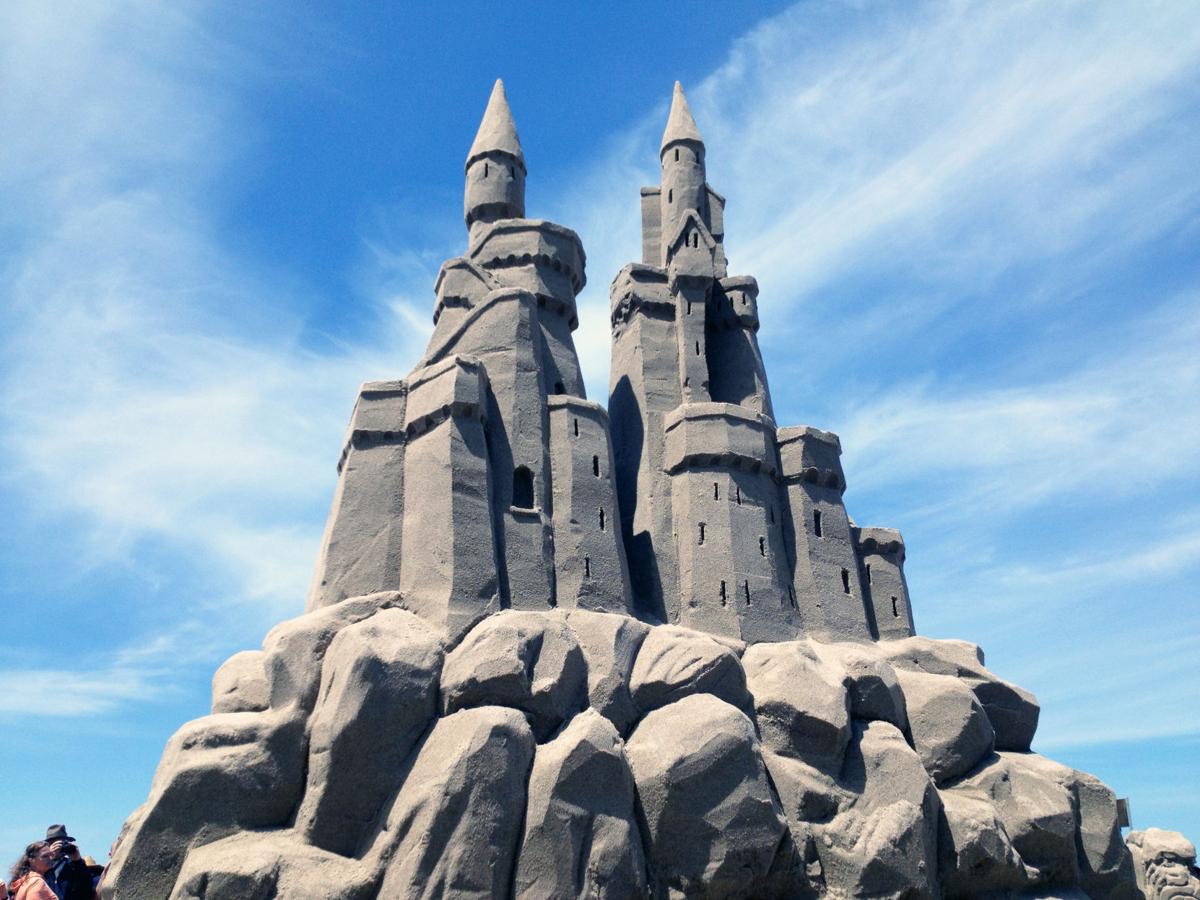 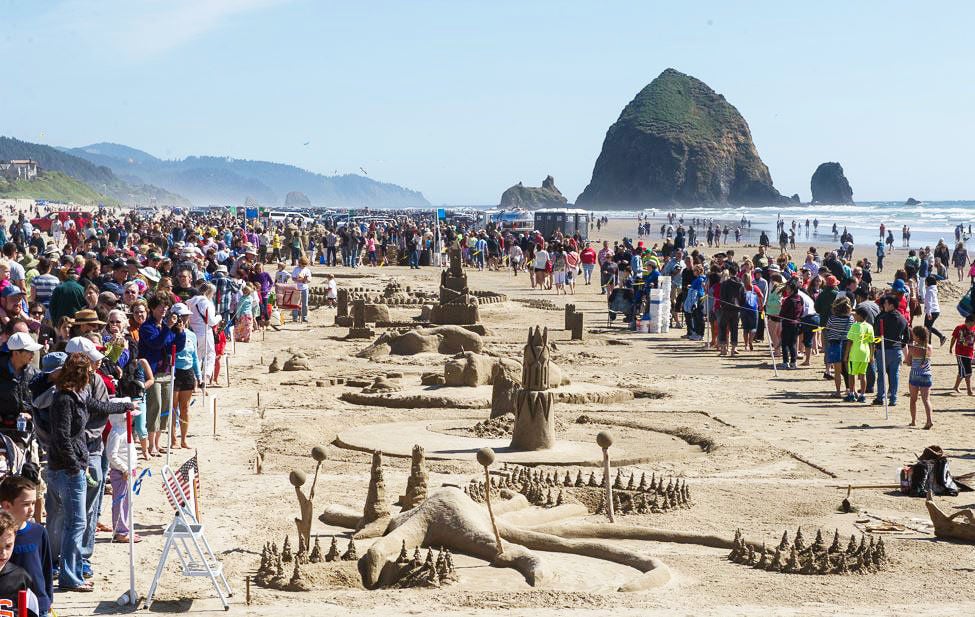 A row of sandcastles at a previous contest 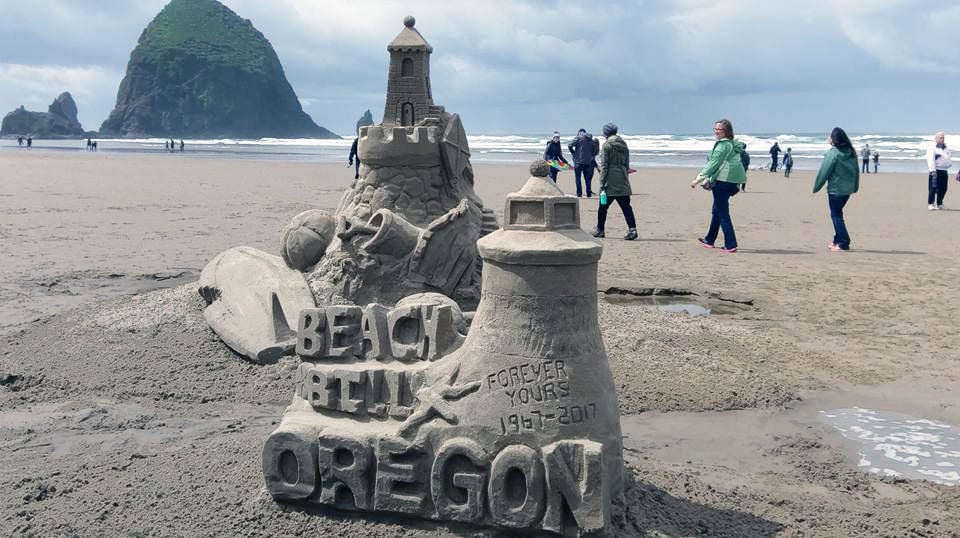 A sandcastle honoring the 50th anniversary of the Oregon Beach Bill 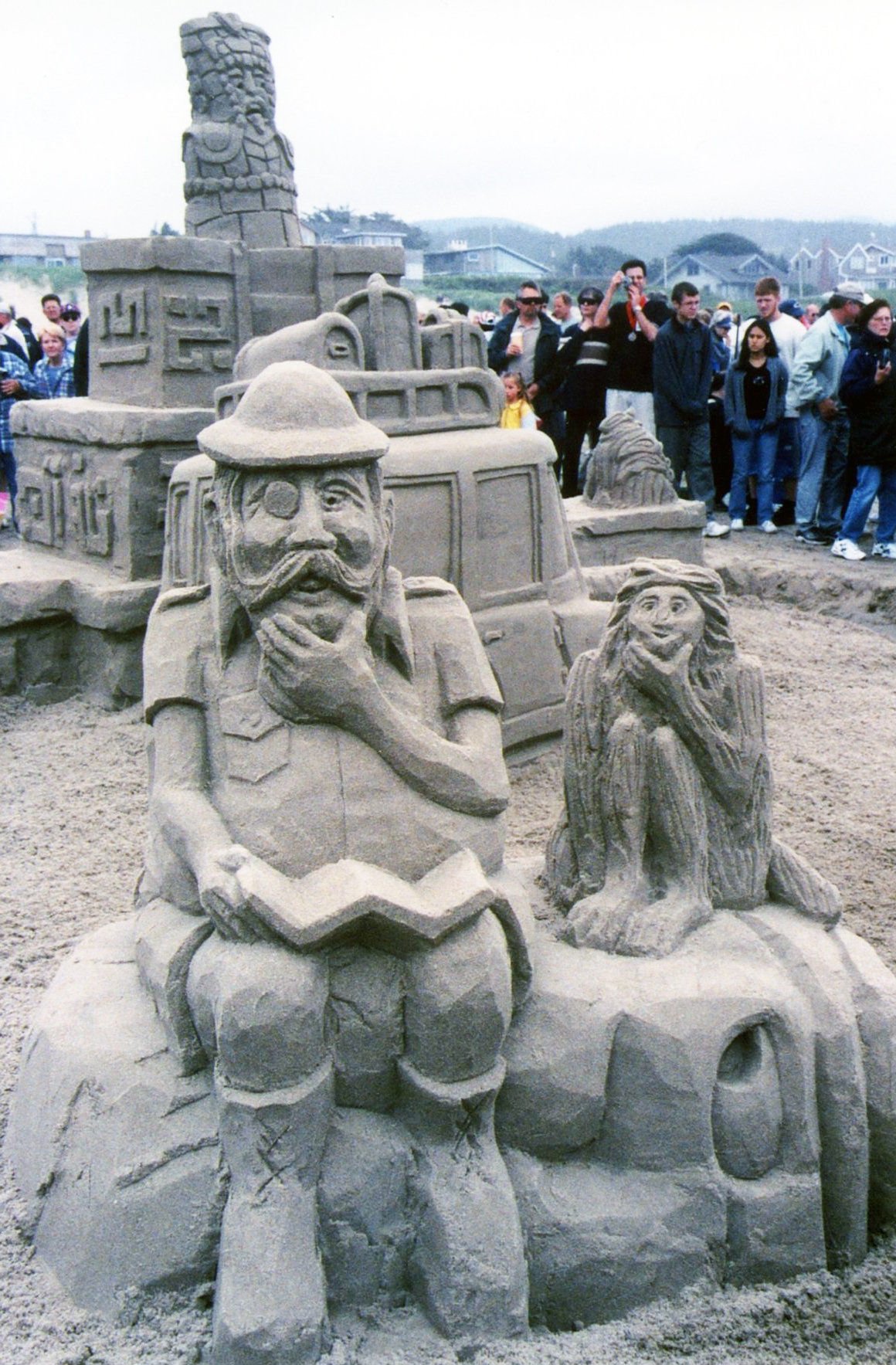 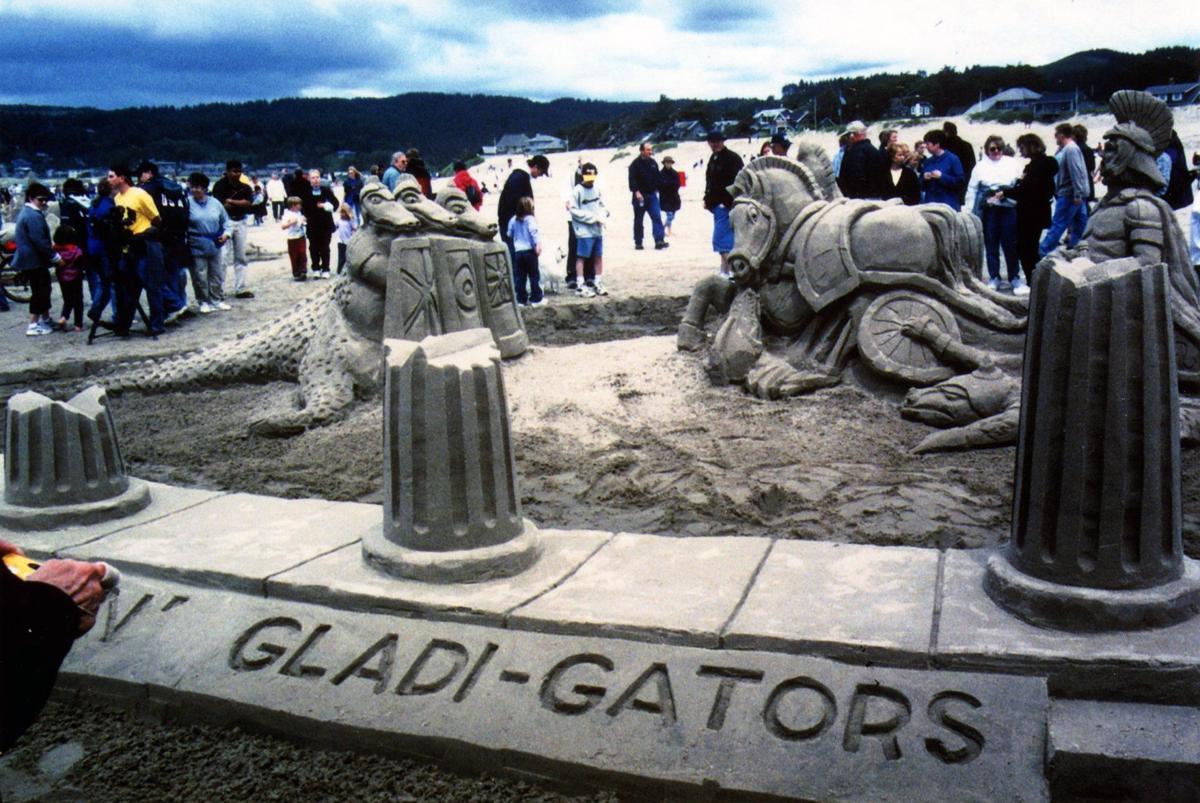 Debbie Nelson holds a sandcastle-shaped candle to show her enthusaism for this year's Cannon Beach Sandcastle Contest. She has been the chair of the Sandcastle Committee for seven years.

A row of sandcastles at a previous contest

A sandcastle honoring the 50th anniversary of the Oregon Beach Bill

The Cannon Beach Sandcastle Contest has seen many changes in its 53 years.

Some of these changes are seen in the number of people, the competitors, and, of course, the sandcastles themselves.

But this tradition has one element that no tide can wash away: Debbie Nelson, the chairwoman of the Sandcastle planning committee.

Nelson has been the chairwoman for the past seven years, as well as a participant, judge or event organizer every year since the contest began in 1964.

“I have decades’ worth of Sandcastle shirts at my house,” Nelson said, laughing.

About 15,000 master artists, amateurs and spectators are expected to come to this year’s Sandcastle celebrations Friday through Sunday, June 16 through 18. Regular festivities, like the sandcastle building contest, parade and 5K fun run and walk, are all returning.

This time it will all happen in a special context: the 50th anniversary of the Oregon Beach Bill. There will be information at the event this year for visitors interested in learning more about the bill that passed in 1967 and declared the Oregon Coast open to the public.

“It’s because of this bill that we can continue to do this,” Nelson said.

Shortly after the bill’s passage, Nelson remembers going to the first Sandcastle Contest when she was 4 — the year after a tsunami hit the North Coast.

She remembers first festivities being small and mostly local.

“The town didn’t really advertise,” she said. “It was to help quell fears after the tidal wave.”

Cannon Beach Mayor Sam Steidel also remembers participating in the early days of the festival, when most contestants were kids and families rather than world-class artists.

“Families would get plots next to each other, and then help each other out with each other’s creations,” he said.

Now, the contest has become the oldest west of the Mississippi River, attracting up to 30,000 people and some of the world’s most competitive sandcastle makers.

Steidel — who, like Nelson, is a lifelong Cannon Beach resident — has served in roles similar to Nelson’s over many years. As a judge, participant and event organizer, he said he noticed the cultural vibe ebb and flow. After master artists started taking more interest in the contest in the mid-1990s, he said the level of competition started to rise, taking away some of that iconic family feel.

“I think Debbie’s engagement with the town and leadership has helped make it feel like a hometown event again,” he said.

For Nelson, that passion comes from a place of protecting the feeling of a hometown tradition.

In her lifetime, she has helped judge, facilitate plots for competitors, and organize the dozens of volunteers it takes to pull off the events.

“I really love the camaraderie of getting the job done. It’s such a satisfying moment,” she said. “I’ve lived here all my life. It’s a lot of work, but it’s a way to represent hometown tradition, and I’ve decided (the Sandcastle Contest) is the tradition I’ve decided to put my time into.”