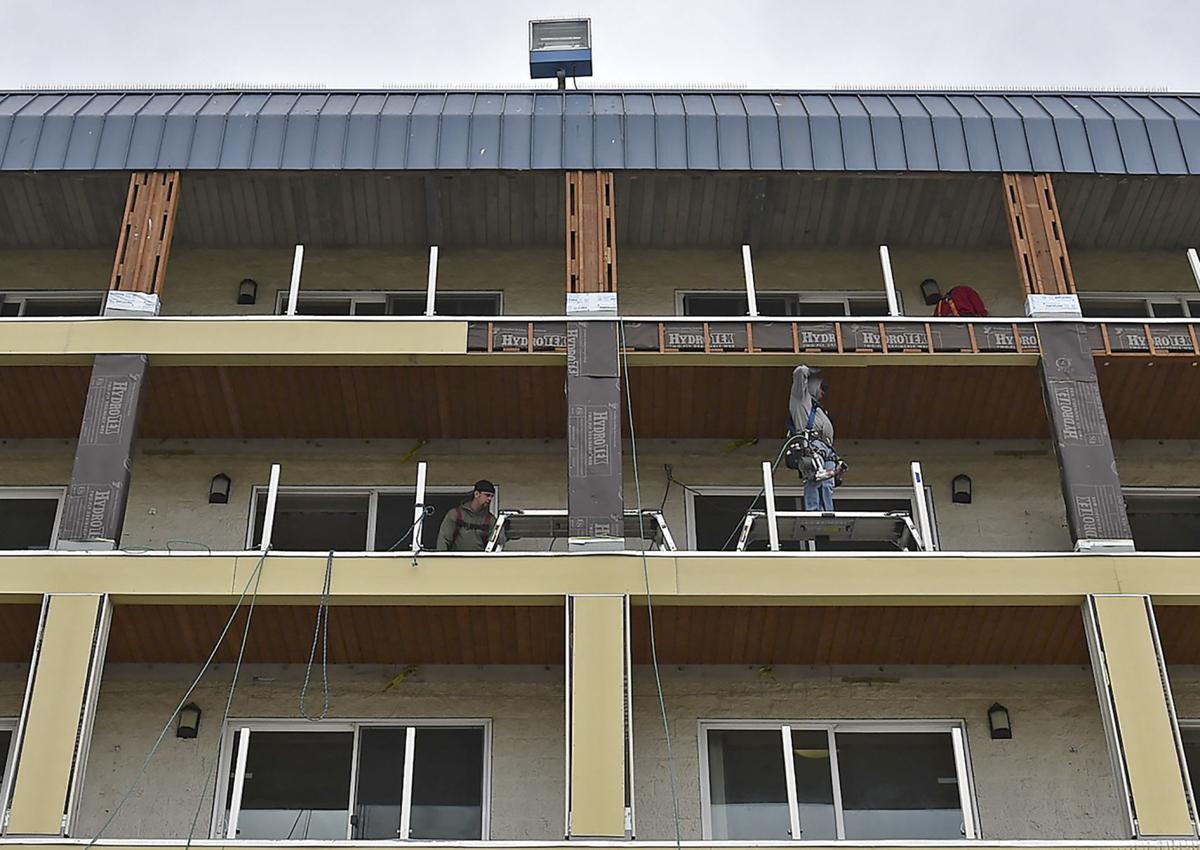 Construction work continues at a hotel in Seaside ahead of the tourist season. 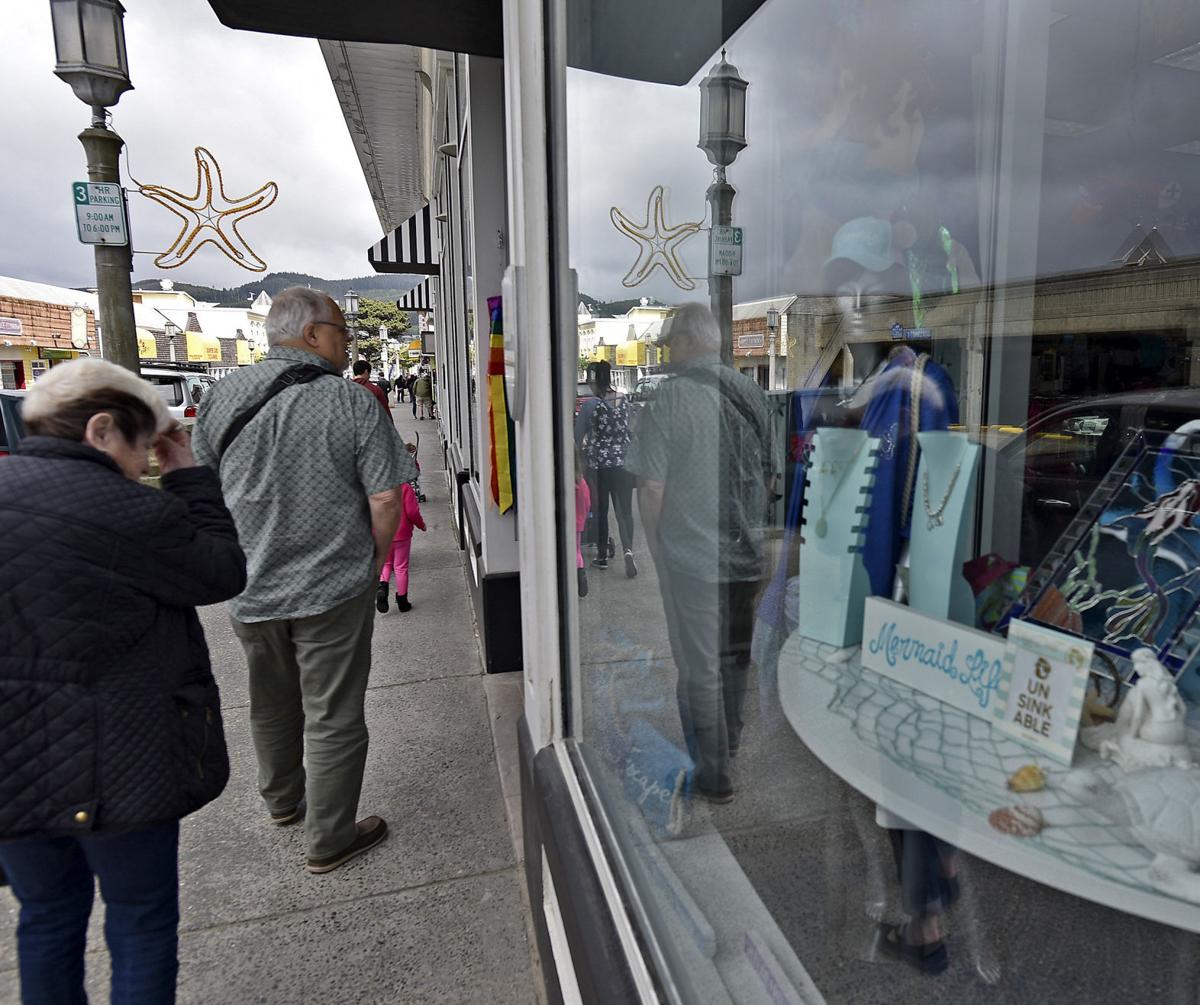 Visitors to Seaside take in the sights. 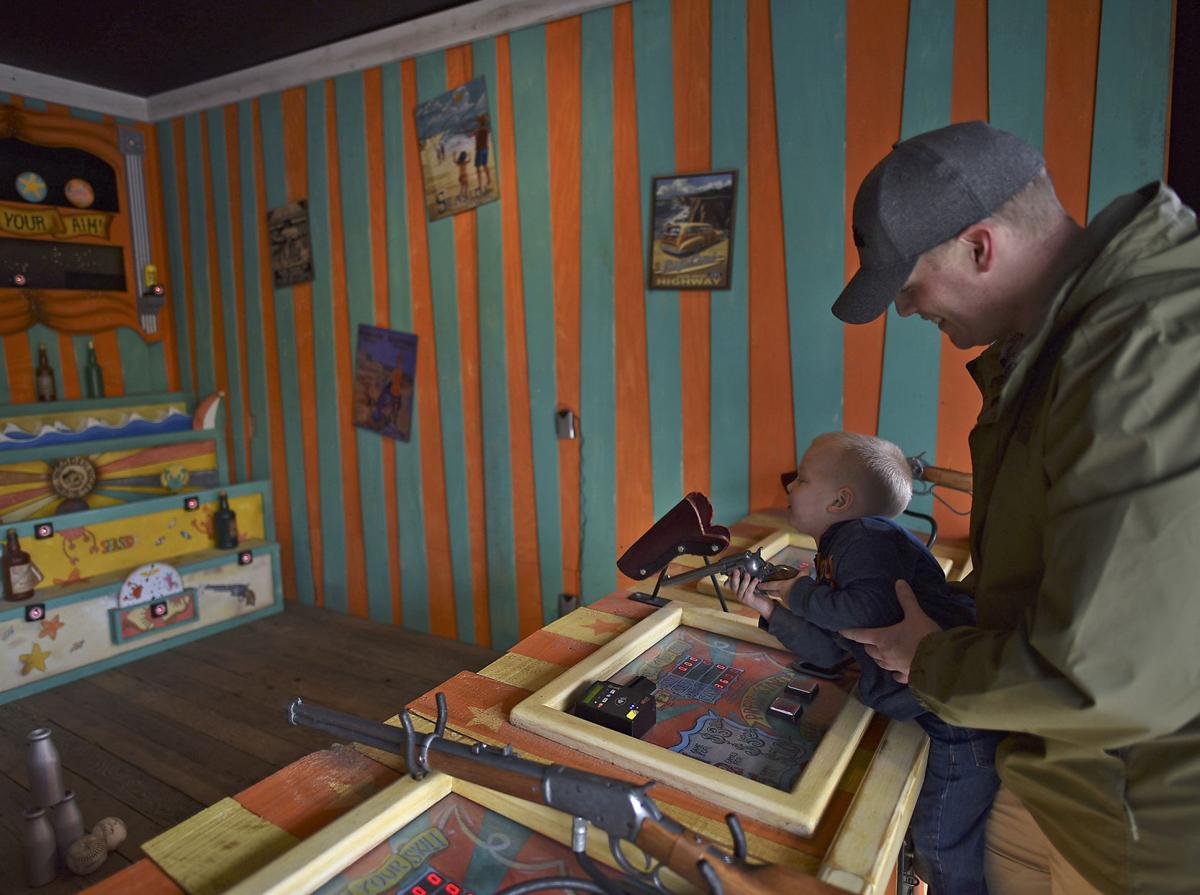 Matthew Gates and his son, Owen, of Tacoma, Washington, take in one of the many tourist attractions in Seaside. 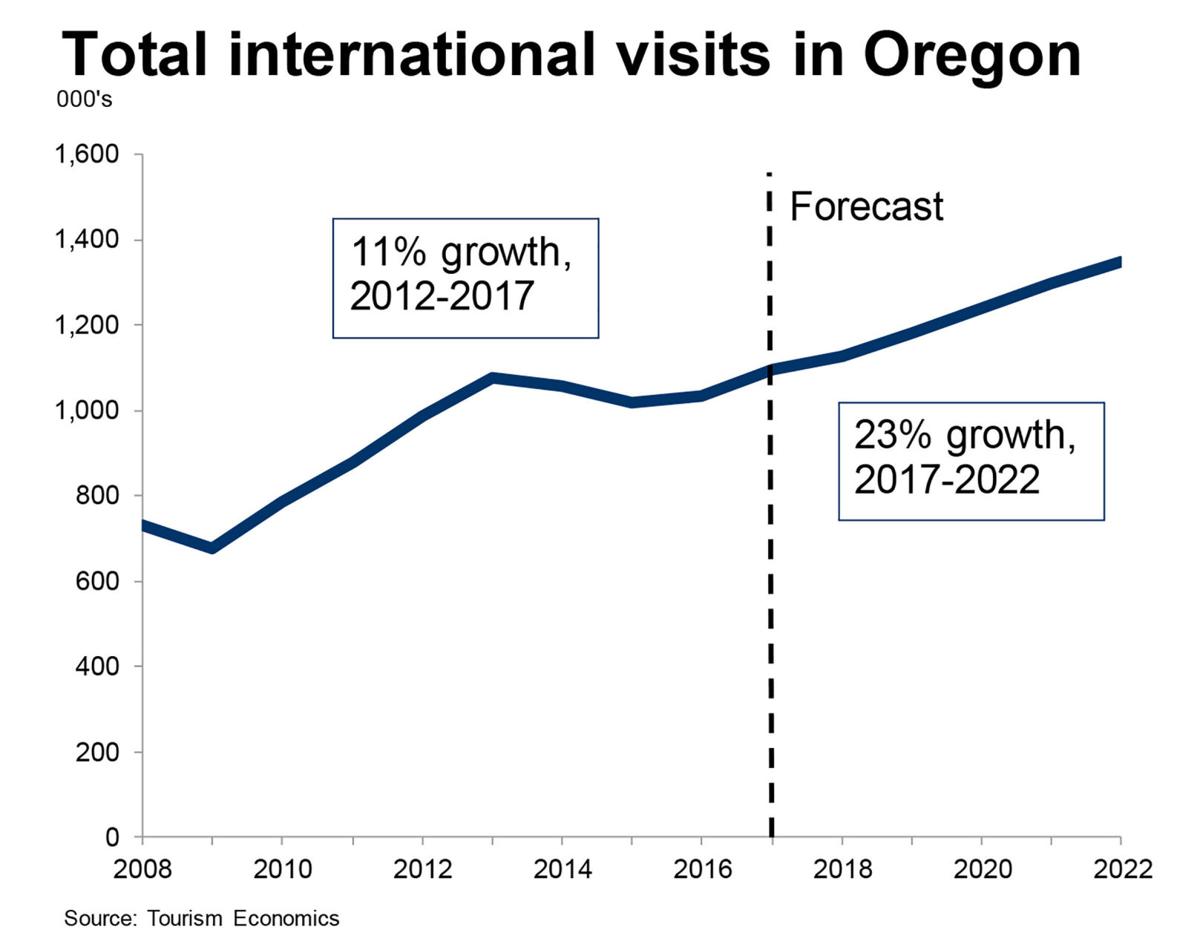 Construction work continues at a hotel in Seaside ahead of the tourist season.

Visitors to Seaside take in the sights.

Matthew Gates and his son, Owen, of Tacoma, Washington, take in one of the many tourist attractions in Seaside.

Oregon is seeing more international tourists than ever before, and recent projections don’t show any signs of the trend stopping.

In 2017, the state had more than 1.1 million foreign visitors, up 11 percent from 2012. The state collected about $1.3 billion in international spending, up 18 percent from five years ago, according to a report from Tourism Economics, a tourism consulting and research firm.

The Oregon Coast receives about $113 million of those international tourism dollars, falling third in line behind Portland and the Willamette Valley.

Oregon is on track to be the sixth fastest-growing state for international tourism, with analysts projecting up to 23 percent growth in foreign visitors through 2022.

So what is bringing people to Oregon?

“Part of the big draw for international visitors is who we are. They hear about the beauty of this place, the amazing culinary scene, our fresh seafood, what’s being done with our wine and craft beer industries,” said Todd Davidson, the CEO of Travel Oregon, the state agency that promotes tourism.

“What we’re doing in Oregon is working. Yes, we’ve been more aggressive in the international market than ever before, but we couldn’t do it without all of our Oregon businesses and partners.”

There are many factors that contribute to the boom of foreign visitors.

Over the past few years, the number of international flights into Portland has opened the door to countries that otherwise would have never had a convenient way to visit the Pacific Northwest. Partnerships with national marketing organizations like Brand USA have allowed the state to “penetrate markets they wouldn’t have even dreamed of a decade ago,” Davidson said.

But one of the biggest changes to the Oregon tourism landscape has been a significant shift in the number of visitors from Asian countries. Canada has historically accounted for about half of all international tourists and contributes to about one quarter of all international spending.

In 2017, travelers from countries like China, South Korea and Japan comprised a quarter of all of Oregon’s international visitors, but brought in more than $241 million in travel revenue — more than 43 percent of all international spending.

Part of this is due to geography. A robust Asian-Canadian population in Vancouver, British Columbia, acts as a cultural gateway to the Pacific Northwest. But Davidson said the uptick is also due in large part to recent changes in what types of travel visas Chinese citizens can get to come to the United States. Before 2014, Chinese travelers could only apply for a one-year travel visa. Since the 10-year visa was approved, visitors from China have grown 26 percent, from about 53,000 visitors to 68,000 in three years, and have spent 31 percent more in tourism-related dollars.

The longer visa has encouraged more travel to the Pacific Northwest, in particular, Davidson said.

“We know (Oregon) is not necessarily the first destination that comes to mind when people want to come to the U.S. They are going for other destinations, like California or Florida, they’ve seen in TV or movies,” Davidson said. “It’s on the second or third trip to the U.S. we see people seeking out the Pacific Northwest, and on a one-year visa, how many times are you going to go to the U.S. in one year?”

Part of the reason visitors from countries like China spend more in the local economy is because foreign travelers tend to stay longer and spend differently than domestic or Canadian travelers.

“It’s important to invest on that return,” Davidson said.

Changes are on the horizon for the local tourism scene as communities attempt to accommodate the booming Asian market. This year, Travel Oregon has set up a global impact team — consultants who give advice to communities on how to better serve Chinese guests, from more signs and hotel information in their native language to providing more food options.

“Our level of authenticity should never change. We’re Oregon, it’s who we are,” Davidson said. “But are there things we can do to make them feel more welcome? Yes, of course.”